Well what a storming day for HIVE! Apologies to my teammates for putting a fairly average shift in today, I was glued to the market.

Mentioned at 300 Satoshi here a month ago, and again a couple of days ago here, I'm thinking of stepping up the charts to 10 a day... or not. 300 Satoshi was my final punt at a falling HIVE price and the buy wasn't based on too much other than the feeling that BTC had maxed out for the time-being.

The sneaky top-up though in the middle of last week was based on the charts of other tokens which had been through the bearish Kumo cloud that BTC had covered them with over the past six months, only to shoot out the other side in style. Something like this... 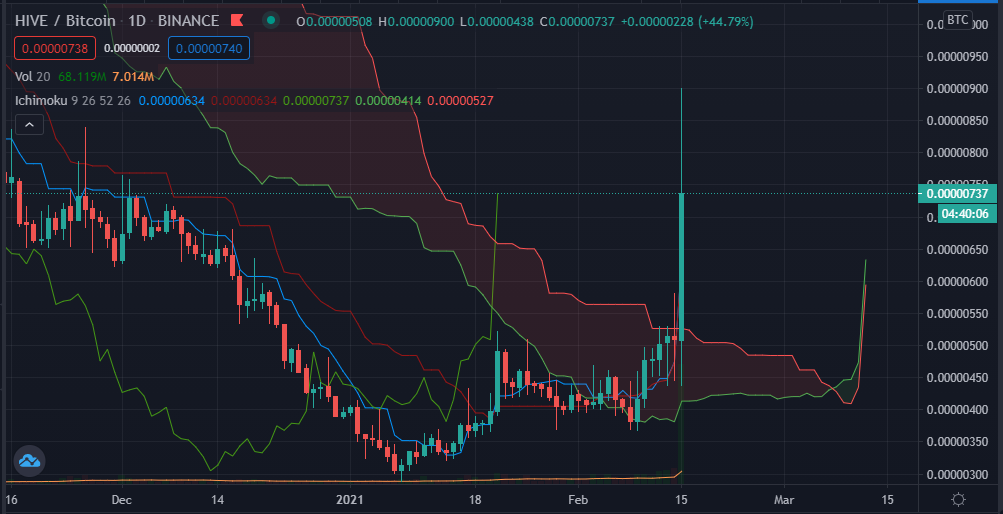 HIVE's spike today proved stronger than the ones I'd mentioned on the other post and although I was hoping for some action, I didn't expect that!

Anyway, I had to mention the token and brag a bit about buying low (for once) in recent weeks, and I'm happy for people that stuck around during the '10 cent community' times - hopefully we are in for a lovely summer.

The original plan for the post was to talk about Splinterlands and https://dublup.io/, and The reason these two are linked is because I have a wager/prediction/bet is running which relates to the market I mentioned in another post a few weeks ago.

This was the market created by @nealmcspadden 10 days ago in which he bet 1000 PAL with a 'yes' verdict. I was perhaps a little hasty in jumping in with a 'no' only a couple of hours after the market was created, but I've stuck by my choice (you can sell your tickets on a secondary market) and I have been buying more tickets (at 10 PAL each) in recent days too. 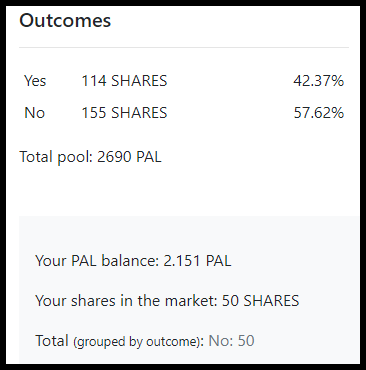 The main market is now closed and I have a total of 50 shares on the 'No' side of things. Roughly, as I'm lazy and not a mathematician, if the marketcap stays under 8 million I should collect around 800 PAL. That's about 80 HIVE at current prices. It's looking good to me... 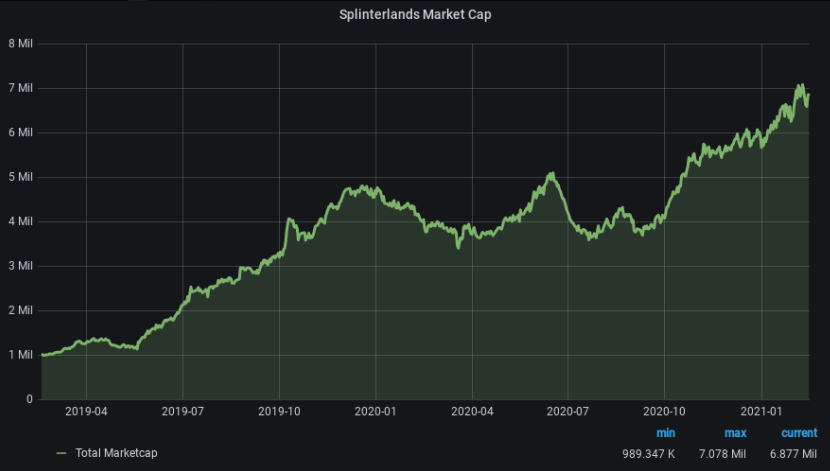 I'm not sure what would make the marketcap of Splinterlands go up 1 million in two weeks time - perhaps Neal will go on a buying spree instead of trolling on chain? :D

As far as earning PAL producing content or curating, you will have noticed that rewards are well down from what they were last year. 15/20 PAL for a Trending post seems to be the going rate, and only 5% of inflation is going out to proof of brain from now on. I don't mind a flutter, as you can see, but I am hoping there are other uses for the token in the pipeline as well.

Go on then, one more chart to finish. The 15 minute HIVE/BTC with Ichimoku taken from tradingview. In about 2 hours from now the price could well collide with the cloud. I wonder if this is when and where the action will begin again... 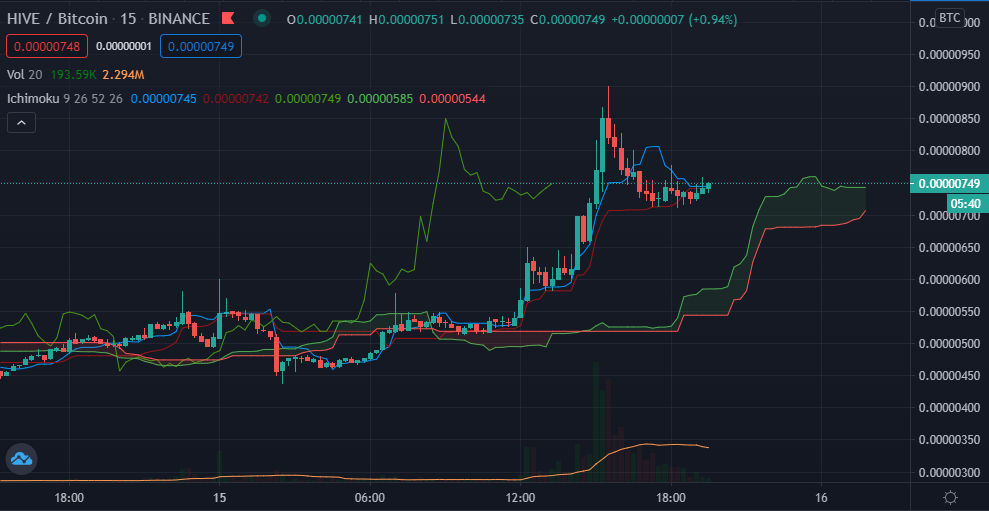 I was kind of glued to the charts myself today! Woot woot, even a rally after a sharp red drop!

Really hard to concentrate when you main holding is eying up a 100% rise!

I'm going to have to hide my phone and home laptop tomorrow to catch up!

Fuck that, keep watching and only hide them if it falters and you have to think about living the real life again :OD

It is one plan but we will need some aggroed prediction prices for early retirement. I'm in the right place though so come on the HIVEs!

It all went right over my head face. 😂

Big green bar is good if you have HIVE!

if you have HIVE!

Hmmmm. Well you of all people know that I don't! 😂

If I did I would have spent it on LEO anyway.

When people were buying at 11c I couldn't understand why and then, a couple of days ago, I realised that you need it to buy pretty much everything else around here. Duh!

I was planning on buying some LEO with my DEC, not realising I had to go via swap.Hive and that's not working out too well. 😂

Can you not sell your DEC and buy LEO on hive-engine?

yeah but it has to go via swap.Hive so i'm assuming that makes trading ore expensive if the price of Hive is higher but, as usual, I could be wrong. 😂

Beggars can't be choosers and any action is good action for us these days. Hoping for a lot more over the coming year and a steady gradual climb would be better I think. Can't believe how we all got used to 10 and 11 cents lol.

I'm confident there is more to go. And yeah, 10 cents were tough on the mind, even though you knew you were collecting more HIVE, was still tough. Anyway, that's all over, for this year at least?!

Someone just bought a crap ton of Hive. But also I'll be curious what happens with Splinterlands when the pools start and I have a feeling they might apply to some of the land within the game for "mining" recourses in the game. Going to be interesting!

Well it wasn't me, and it seems they could have got in a bit cheaper today.

I'm not sure what would make the marketcap of Splinterlands go up 1 million in two weeks time - perhaps Neal will go on a buying spree instead of trolling on chain? :D

Trolling on chain is a currency in itself.

What will happen in the next weeks is BTC and ETH will push through to new ATHs and crypto assets (including Splinterlands) will benefit.

It sure is, one of the most valuable :) There is not so much of the light-hearted stuff around, perhaps this change in sentiment will see to that.

So you are still holding out for the bet - better get an army of monsters with wings for this one!

I have some steemmonsters cards, i knew it is now splinterland. I just don't know how to play it anymore. In fact I never played the game I was just collecting the cards. One of them was as an award for a contest by @neoxian.

You might have some nice cards :) If it's just a handful though it will be tough to compete.

I thought so. I never played it. 🙏

thanks for this update, I'm glad the Splinterlands marketcap is growing

Yes I think I remember your post about it, well done!

There will be an LP in hive Ash! Things should get interesting:) :) Read aggy’s post