What is a DeFi Reflection Token?

There's a new wave of DeFi tokens emerging and they're incorporating a mechanic known as reflection. What is an RFI token and how does it work?

An RFI or "Reflection token" in DeFi is a token that charges a set transaction fee and uses a smart contract to automatically reflect a portion of those fee's back to existing token holders allowing them to earn yield. An explosion in network growth on the Binance Smart Chain, which is an Ethereum Virtual Machine compatible blockchain, has produced a large number of decentralized finance projects utilizing "reflection" token mechanics.

An example of this can bee seen with projects like SAFEMOON where a 10% fee is charged for all token transactions, with half of these fee's collected automatically being redirected to existing token holders.

The other half of fee's collected is used to create liquidity and a small portion burned and permanently removed from circulation.

With safe SAFEMOON gaining rapid popularity on the BSC a number of other projects quickly followed suite with similar mechanics, some examples being GLASS and GMR Finance. 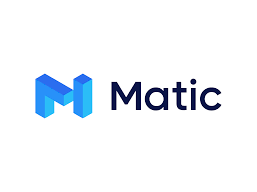 DeFi on the Polygon Blockchain

As was pointed out to me by a recent post from @melbourneswest titled Polydragon Finance, Fire RFI Token, we're now seeing the emergence of Reflection Tokens on the Polygon blockchain, another EVM compatible blockchain.

Where there's smart contracts there's decentralized finance, and I don't doubt for a second that we'll continue to see more and more DeFi projects either launch on the Polygon blockchain or be ported over from existing Ethereum projects.

In a recent post titled Ethereum Virtual Machine (EVM) Compatible Blockchains - Poised For Growth? I talk about the potential explosive growth for EVM copatible blockchain and a word of advise, don't sleep on these networks and their projects.

What Problems Do "Reflection" Tokens Solve

It can be argued that with their often astronomical token supply (think quadrillion,...with a Q) and reflection token mechanics, this model sets out to prevent whales from easily manipulating and exploiting DeFi projects with low token supply.

It attempts to do this in part by discouraging early participants from dumping early during the tokens initial price discovery phase.

As of the time of writing this post reflection tokenomics is a relatively new phenomenon in the world of DeFi so proceed with caution. While the tokenomics maybe sound they're in my opinion still relatively unproven and the project their associated with, well many only consist of a road map with not much to show for working minimum viable products, proceed with caution friends.

Thank you for taking the time to write about this. I haven't heard the term reflection tokens, adding something else to my lexicon now!

@agr8buzz! I sent you a slice of $PIZZA on behalf of @amphlux.