Paradise Is The Last Hope (pob-wotw)

It is very difficult to write about a place in which one has never been, whose existence is unproven, and whose descriptions are so unreal.

The notion of Paradise is very multifaceted and versatile, and as other authors entered the contest, this became more and more obvious.

You could say that as many people as there are ideas of Paradise.

God created Paradise, and we created the a picture of it. It is a place in our minds and a state of our faith. 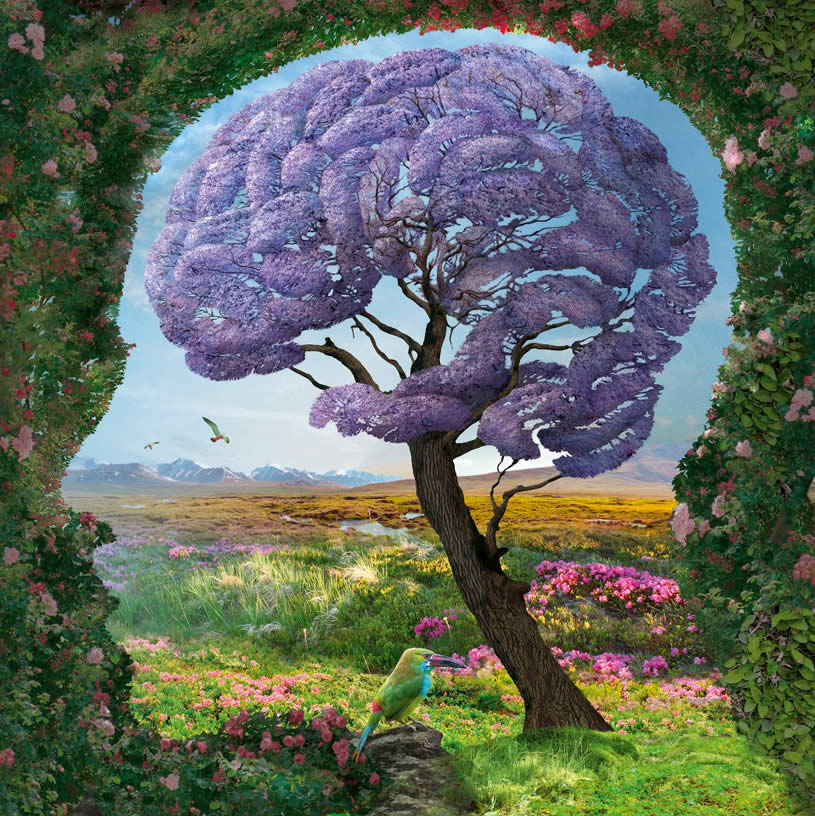 source
The well-known definition of Paradise is a special place in the afterlife, where eternal spring reigns, and where the chosen people of all mankind spend a blissful life without sorrow or worry, experiencing unceasing joy and bliss.

But Heaven and Hell are not only mythical spaces into which souls are distributed after our physical death. Heaven and Hell are what we create for ourselves and around us with our thoughts, feelings, desires, and actions. It is what we carry within us and with us wherever we go.

Most authors write that Heaven is within us, that it is to a greater extent our inner state, which is available to everyone, and which we can and are called to create for ourselves in our lives. That it is possible to live on Earth as in Paradise.

But then why did God create Paradise in different places?

After all, He, as the perfect creator, does nothing for nothing, aimlessly.

Some reflections on this..

Paradise is the direction of our faith

What if God gave us an idea of Heaven and Hell, just as He gave Moses the tablets of stone with the 10 Commandments? What if it is a means to keep us from sin as much as possible, to guide us on the path of righteous living, to try to use our freedom prudently and not do things that might forever separate us from God?

I think God created Heaven, in part, to show us the direction and purpose of our works and our faith.

After all, Heaven is something that must be earned. By works or by faith? By both.

In almost every religion or mythology, the souls of those who have behaved well and properly in worldly life, who have earned a place in Paradise by their virtues, deeds, or patience, go to this beautiful place in one way or another.

But also the way to the Kingdom of Heaven is reopened to those people who, after the knowledge of sin, trials and sufferings, have chosen repentance and faith in God and eternal life. And in this the infinite mercy of God is revealed.

Is that why, I think, Mother Teresa is in Paradise now according to her works, and the thief who hung on the cross next to Christ, according to his faith and word - "Truly I tell you, today you will be with me in paradise." (Luke 23:43)

Heaven is your union with God

Paradise is not moments of supreme human happiness from maximum fulfillment of your desires and satisfaction of all your needs, as many people think.

They are moments when God touches you and you feel with all your being the infinite fullness of life, dissolving into eternity and enjoying some unreal and all-consuming state of «I am».

And such moments are so very rare in life...I remember each one.

Heaven is the last hope

Heaven is the hope that with the end of our earthly life, we don't disappear forever, our real life doesn't end, it can go on. Go on forever.

There is a reason why every religion or culture has the best place to go after our earthly journey is over. And we don't so much want enjoyment and pleasure as we want to continue our lives.

The hope of eternal life in Paradise relieves us of one of our greatest human fears - the fear of death.

Although @nonsowrites.pob doesn't understand why the thought of immortality fascinates anyone, I think many people would like to live forever, and even in Paradise.

And even though we don't know what will happen to us in the future - we still hope for it.

Paradise is an expectation

In our understanding, Heaven is most often associated with the future. Probably because our surrounding reality tells us that Paradise is not possible here on earth. Only not here, only in another place, only in another life.

As Henry Miller said, "One can easily understand how the thought of the kingdom of heaven appears in the human mind even when it loses its point of reference. There must be some other world than this swamp where everything is piled up."

Paradise is the finding of Home

Paradise is man's original dwelling place, where he was happy until he became guilty before God and was cast out. Therefore, here on this earth, we are all wanderers in search of and waiting for our true Home.

God invites us home, to where we were originally settled in Adam and Eve, He wants to return us to a state of "Home. We might even say it is heaven after hell, like coming home after a long separation. And we will know this place when we know and feel how the outer and inner Paradise - have become one.

"There is an earthly paradise where I dwell" - stated Voltaire. "Paradise is within us," many say.

I looked inside myself, and I realized that Paradise is not there. I looked around and realized I was not in Paradise.

Am I worthy of Heaven? Did I deserve it? Or would it be a gift from a loving God?

I don't know. I think while we're here, this will be a constant balancing act between reality, hope and faith.

And I don't know if I'll end up in Heaven. But I hope so.

And that's my main hope, which, as they say, dies last.

Congratulations @alekst7! You have completed the following achievement on the Hive blockchain and have been rewarded with new badge(s) :

Paradise is the finding of Home

Good post, bible tell us that paradise is a place were the righteous one dwell and is a beautiful place.

God created this earth as a place which we can enjoy he made us to be like him,but when we have being decieve by the devil that why we start to confuse about how paradise is.

But Jesus Christ have came to leand us right, so with our faith, grace and good work we will enter paradise.

Many people do say God is use that word of hell to draw to him, no is a matter of choice if some like it he or she good or not.

But after the person will know maybe is true or not, but will say we should try our best to do the right and follow what God have commanded us.

So that it won't be until we get to heaven or hell before know the true, because all those command is to help and protect us.

Paradise is a place where people love to be alot of people have confirmed that we can never compare paradise with anything on earth.

I upvoted you, thank you for posting! 👍