If not now, w(h)en to vote the @leofinance witness?

@alexvan 77
about 1 year ago
LeoFinance

in the past weeks I was promoting the @leofinance witness so that it can become a consensus witness. I was asking users to vote for this witness, and to unvote the witnesses that are no longer active. Still trying to get the big guys for the vote, but it seems that is hard to convince them.

Also was promoting on the side other witnesses that are building something on the chain and for the chain.

I've got some backlashes in discord from some users for shilling LEO. I will be probably also under focus more. Well, I don't care. I'm not holy and I admit it.

Here the thing is to underline who is bringing value to the chain and in the past months one of the biggest value givers was the community around this project.

Now that we have the CUB project rolling out, and working ´we can say that LEO brought the coin on 3 different chains with the backbone being Hive. 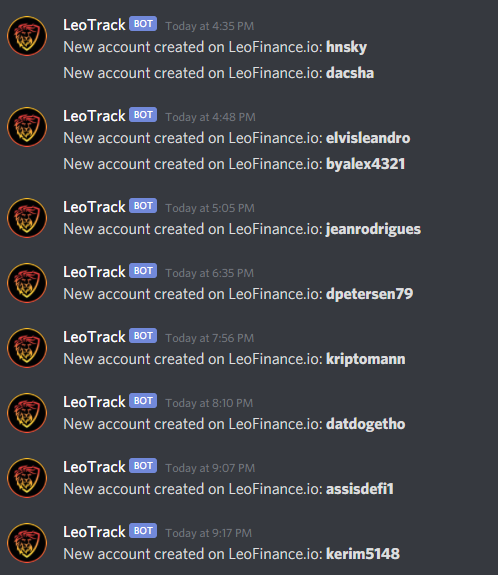 Today I will not tag anyone, but I would like to ask you to review the witness votes of the inactive witnesses and if you have a free spot to vote for @leofinance.

Yesterday it demonstrated that it deserves a top spot in the witness ranking as it delivers constant value.

Have you tested the new https://cubdefi.com/? Just read the https://docs.cubdefi.com/ if you are interested. It brings much more value to your tokens. Maybe @leofinance will be able to launch a Hive pool also.

So long story short, go and add @leofinance as a witness as it deserves to be in the top20.

@beerlover 64
about 1 year ago

I think LeoFinance is one of the biggest communities and it should also be higher on the witness rankings. I also think it will be tough to convince some of the bigger players but I think if we keep bringing up the issue, we may get enough smaller and middle players to bump it up.

Curation and Education Project for LeoFinance

This post has been voted on by Erarium's Curation Team Our goal is to reward financial content within the Spanish and English community for LeoFinance. We have liked the content you have expressed in this article and we would like to invite you to continue developing material of this type, and to use the #Leofinance tag in order to make the community grow.

We invite you to join the LeoFinance Discord so that we can interact and continue to grow.

I proxied my vote to @leofinance a long time ago so this is all taken care of for me. I have a lot of faith and trust in them so I know they are going to make wise decisions about who they vote for.

A very good option! Especially cause it removes the headache!

It has to be today!