Considerations on the minimum tillage system

@amestyj 71
about 2 months ago (Edited)
soil
Dear readers, the present manuscript aims to complement the information provided in the previous article on minimum tillage, taking into account that it caused curiosity in some readers. This type of techniques were possibly used by our ancestors when there was no type of implement and machinery for soil tillage, but as technology has advanced and the arrival of the industrial revolution this type of activities is considered by some producers obsolete or unproductive, because they have adapted to the technological packages generated by large agro-input companies, it is clear that some farmers are unaware of the natural processes that occur in the soil and the importance it has for the sustainability of agricultural production and the natural ecosystem. 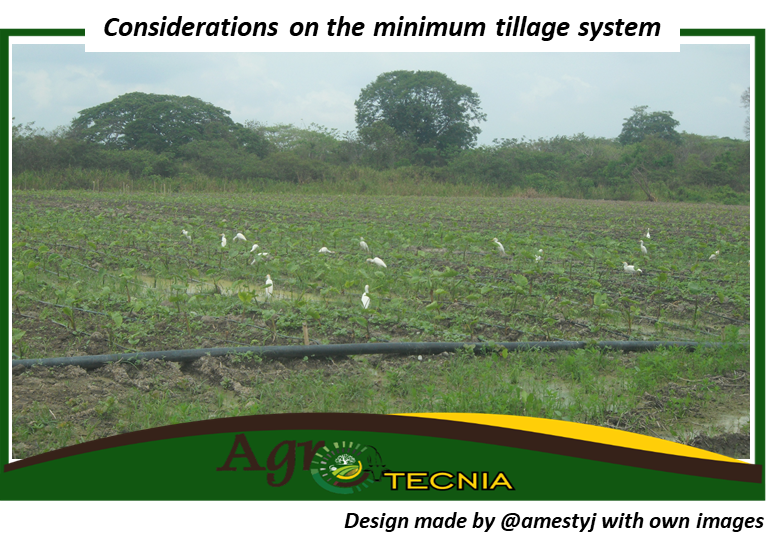 In this sense, the negative effect that the indiscriminate use of implements for tillage can cause is soil erosion, since they can pulverize the particles of the soil surface and by leaving the soil exposed to the action of air and water can cause gradual erosion, because the effect can be visualized in the medium or long term. As an example of this, we can mention an important fact that was shared in the Netflix documentary called Kiss the Ground, where they point out that in the United States in the year 1930 there was an environmental disaster in one of the agricultural areas, where a large layer of dust began to be generated and part of that phenomenon was caused by farmers who were tilling with plows, the soils in those areas began to degrade and for this situation the soil conservation service was created.
From the aforementioned it can be evidenced, that for many years the agricultural soil has been being managed in an inadequate way and that is where the need arises to implement traditional, agroecological, sustainable techniques as we want to call it, among them, there is the minimum tillage with which it is sought to reduce soil loss and conserve moisture, in this type of tillage the residues of the previous harvest are left in the soil, with which erosion can be considerably reduced, they help weed control, it maintains moisture and provides organic matter to the soil, aspects that had already been mentioned in the previous article. 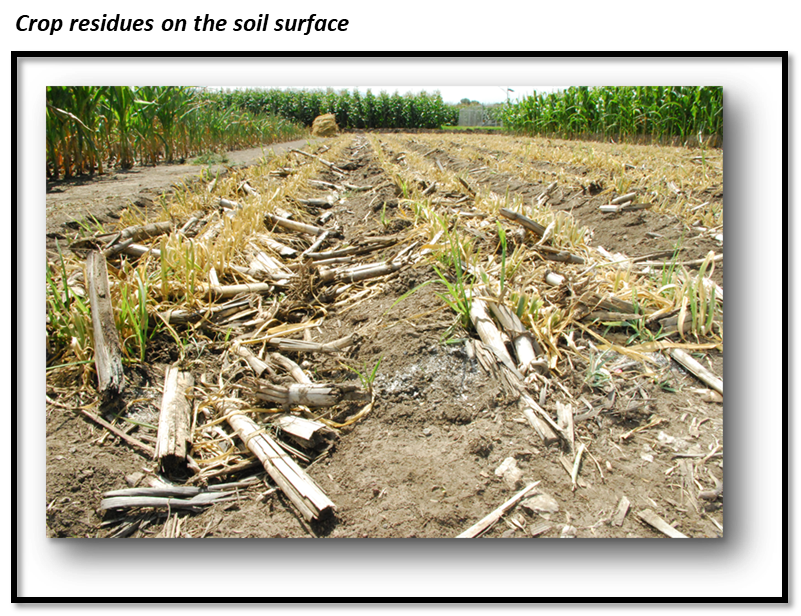 Design made by @amestyj with public domain image taken from Flickr
In this same order of ideas, researchers such as Altieri, a specialist in agroecology, mention that in tillage systems where a high percentage of residues are left in the soil, humidity increases, since water filtration increases and evaporation decreases, logically this should increase the yield in agricultural areas, especially in ecosystems where soils have a low capacity to retain water.

In addition to these benefits, the following can be added:

In conclusion, dear readers, with minimal tillage, conventional tillage is reduced and the accumulation of organic residues that significantly influence soil moisture levels, organic matter content, decomposition rate and population of microorganisms is encouraged. By leaving residues on the surface, it can generate a high demand for nitrogen by microorganisms for the decomposition of organic matter, which can create a deficiency of this nutrient, which can sometimes be supplemented with nitrogen to meet the demand. However, Navarro, Moral, Gómez and Mataix (1995), pointed out that when minimum tillage has been used for several years, this system stabilizes and the availability of nitrogen is not so different from that of conventional tillage.
It also saves time and money between the harvesting of one crop and the planting of another, in addition, money is also saved from the operations performed by the tractor for conventional tillage.

Until a next installment, thanks for staying until the end. 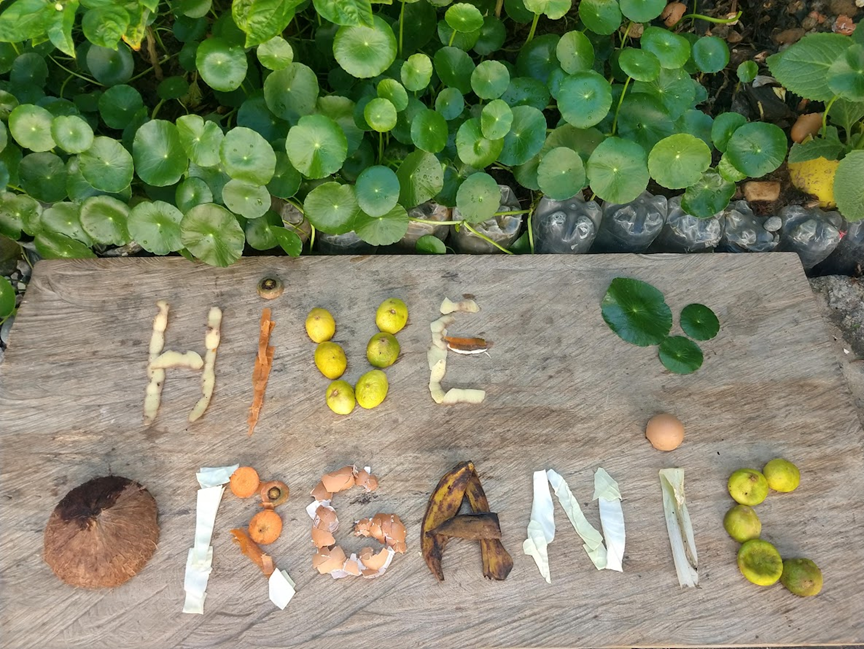 From agrotecnia we reiterate our gratitude to our followers and all the communities that value our agricultural content, this commits us to continue sharing quality information with the whole hive.

@stemsocial 63
about 2 months ago

Thank you for the support dear friends.