@ammonite.leo 53
about 2 months ago
LeoFinance 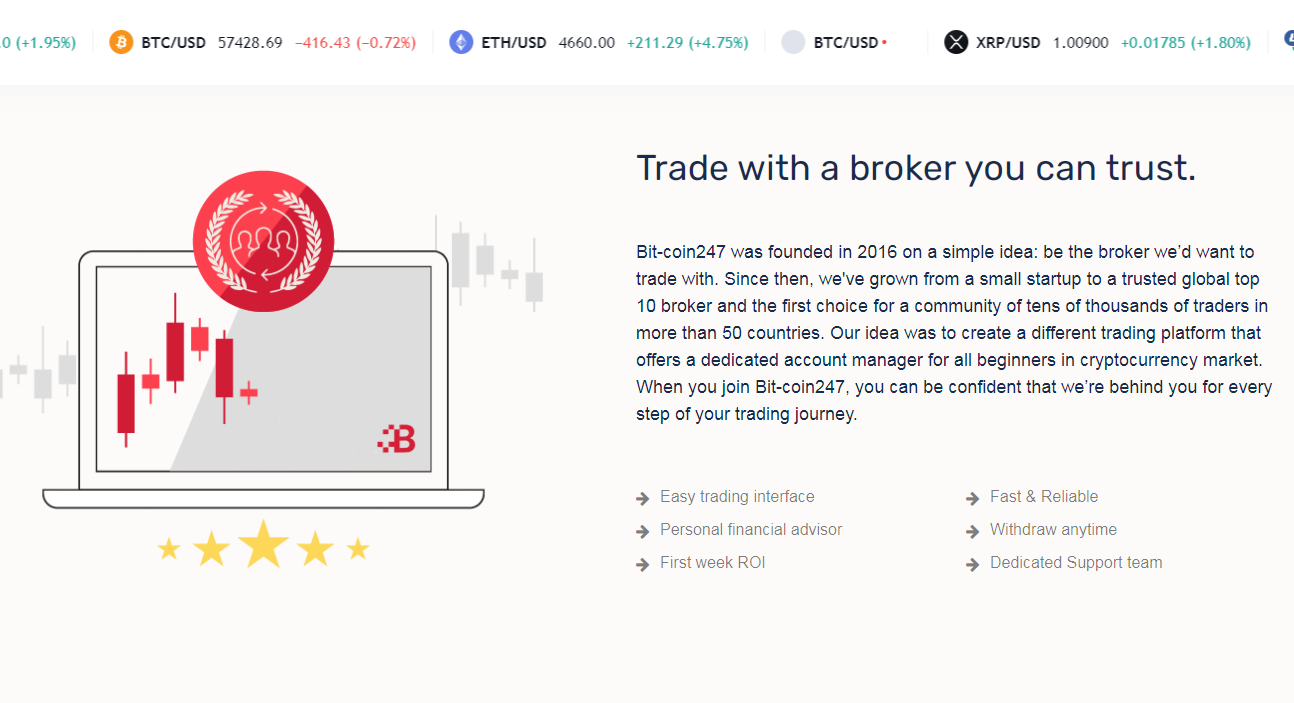 I went into this knowing full well it may be a scam but wanted to go down the rabbit hole to educate myself and others on what to look out for.
'As the price of crypto goes bull-tastic the scammers come out of the interwebs' So said My good friend. (I think it sounds better in his native tongue). He is a Prince from some African nation and we were introduced when he emailed me with a cry for help asking could he send me some inheritance money that he needed to get out of his country. Prince Rajime is such a fun-guy.

For the website bit-coin247.com I got a cold call asking me would I like to join a new crypto trading community.... Would I?.. I knew it was fishy from the start but joined up with just a test amount of Bitcoin to see where it would lead. Surprisingly it went very well and I turned my 75$ investment into over $366.

Each day I would get a text on what trades to make through the website and when to close it out. On most days it was a profit. I made sure to remove my initial investment as quick as I could and finally I came out on top having removed $150.

I enjoyed my chats with Brian Herbert, my personal trader. He told me he is working towards his goal of having 500 Bitcoin which I think was a lofty goal for someone who was helping me trade with my $75. We talked about lots of different things and I told him about Hive and LeoFinace. Telling him that for me crypto was not just about the money (of course that is part of it) but about the fact that it is being part of a community that was creating a new system outside the centralised control of corrupt governments, banks and corporations.

He made the suggestion that I should put more money into my trades so I could make more but I told him that I actually don't know who bit-coin247.com actually is and that as I did not have the keys to the wallet that they provided online I felt nervous. Another of my fascination about crypto is the fact that it is trustless and that his website was asking me to trust them. Another day he told me that the company would double anything I transferred to the online wallet. I asked him to request that they send me $5000 of bitcoin and I would send double that back to them. Brian told me he would bring it up at their meeting the next day and see what they said. So far I have not received the transfer. I was actually worried that they would say yes and that then, I, as a good Irish Catholic boy would have had to fulfil my side of the bargain.

So where are we now?

I have not heard from Brian for the last week. I have had so many other things going on that I didn't mind. But I did try to withdraw some more of the $230 I still have on the site but it does not seem to work. The site is still live but nobody seems home.

Is this the end of the scam?
I figure this is the end of the scam and until I hear otherwise I will leave this story here. But what was the scam? I got out of the deal in profit so I am not pissed. Either they are not very good scammers or this was the scam. To use my investment to increase their own share. It could be looked on that I loaned them BITcoin so they could make some profit from themselves.

Was it worth it?

For me, it was worth the experience. It cost me nothing and I did double my money. Of course, if I could withdraw the rest from my wallet it would have been nice although at this point I can take it or leave it. The site is still up so there is hope.

For them, the scam also worked but probably not as well as they hoped for. They invested a lot of time and energy in me and a part of me thinks they deserve at least something for their effort.

My whole point of this exercise was to give me something to write about on Leo Finance, hoping that upvotes would cover any losses. This may not have happened but I enjoyed the writing about something other than sculpture which I have on my other account @ammonite.

The moral of the story

There are many scammers out there during the bull run. Never trust anyone who asks you to trust them, you shouldn't have to. Or, as my friend prince Rajime would say 'A spotted mongoose is an early riser'. Wise words. Wise words..

Thanks for following along if you did. If you didn't, then ....what can I say.