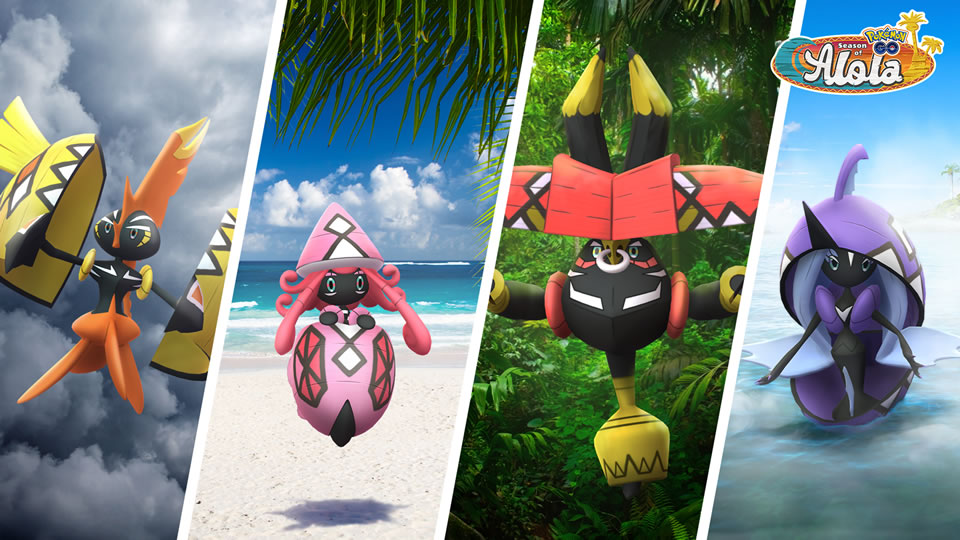 Thumbnail image is from https://pokemongolive.com/

Ahoy! The season of Alola is coming to an end with this month. We kicked off the season with an Alola to Alola event and now the season is ending with the same event, but slightly different. This includes mostly the same spawns, but also Cubone, Alolan Rattata, Alolan Meowth and Alolan Exeggutor in the wild. The event started yesterday and will run through May 31st at 8 pm local time.

This event features a Collection Challenge. You need to catch Cubone and Alolan Rattata, but other than that it's evolving. 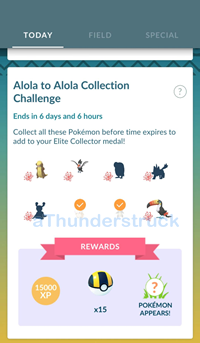 I already have Gumshoos, Trumpbeak and Toucannon in the Pokédex as I evolved the Lucky ones during the Alola to Alola event. So I'll just evolve some wild catches for those. As you can see with the dark silhouettes, because I haven't evolved the starters yet. I'll have to try evolving Lucky ones so I get them registered in the Pokédex already.

If you've finished all the 4 different Island Special Research lines that were given throughout the Season of Alola, then you unlock the Alola to Alola finale Special Research. In this Special Research you have to choose between one of the four main Islands that we've explored in the event. Here is a screenshot of that. 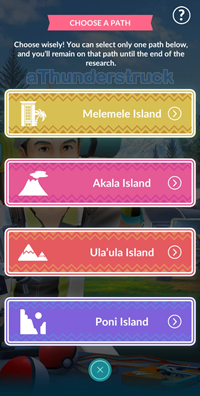 All paths have different rewards and a different encounter. So make sure to check Niantic's blog about the event to see which rewards each path has to make your choice. Here is the link: https://pokemongolive.com/en/post/alola-to-alola/

If you haven't completed all the different Island Special Research lines yet, you have until June 1st a 9:59 am local time to complete them in order to unlock this end of the season Special Research.

There are a few Event Field Research tasks.

For me these aren't so interesting, although the ones with Poké Balls and Ultra Balls could be good to stock up on some Poké Balls for GO Fest that is happening the first weekend of June.

This also means that for the first time ever, Shadow Alolan Marowak is available in the game. Because you can also evolve Shadow Cubone to Alolan Marowak. Unfortunately it won't be able to learn the move if you catch a Shadow Cubone from Cliff now, because in order to get the move it can't know Frustration and if you catch them now there is no way to TM Frustration away. Of course if you evolve it now, you can always wait until Frustration can be TMed away and use an Elite Charged TM if you want to get Shadow Bone. If you have a Shadow Cubone from longer ago and already TMed its Frustration away then that one will be able to learn Shadow Bone when you evolve it.

Last notes about the event

All of the Island Guardians, Tapu Koko, Tapu Lele, Tapu Bulu and Tapu Fini are now appearing in 5-star Raids. So if you see a 5-star Raid nearby it will be 25% for each of them.

If you have some Mega Pokémon at Mega Level 2, I think the best one might be to have a Normal-type active. Because it gives you extra XP when you catch Alolan Rattata, Pikipek and Yungoos. Of course if you're in need of more Candy (and/or Candy XL) from a specific Pokémon then it's better to Mega Evolve one with that same type as the Pokémon you intend to catch the most.

If you're looking for Stardust, make sure to catch any Alolan Meowth you encounter as they give 750 Stardust per catch.

I may have missed it all? Spending all my time grinding rocket grunts !LOL

Nah there is still a bit of time left for the event, until 8 pm local time on the 31st. Maybe not much time for some event catches, but definitely time to evolve a Cubone to Alolan Marowak if you want to! It's good that you're on that Rocket grind to level up! Did you get a Shadow Cubone from Cliff to maybe evolve into a Shadow Alolan Marowak?