Ahoy! A little while since my last post about Pokémon GO!

Last month there was a new Team GO Rocket Takeover event and some of the lineups have changed for the Rocket Grunts. The Rocket Leaders and Giovanni also have new lineups.

Shiny Shadow Machop and Shiny Shadow Sableye are now available for the first time by fighting the leaders that bring them.

The Water-type Rocket Grunt can now bring Shadow Wailmer. It also still has a chance to have Shadow Totodile, but Mudkip is no longer part of any lineups currently.

I didn't have Wailord in my Pokédex yet, but I did already have a Lucky Wailmer since several years ago. As you will see, it was caught in 2018. Either I got it from a friend in 2018 or they just still had a bunch of Wailmer when we traded in 2019. I never evolved it since then. I've always been hoping to find a wild Wailord for the Pokédex registry but still nothing since then. My best Wailmer currently is a 96% IV with 14 Attack that I have never felt like evolving either.

Now that I have Wailord in the Pokédex, it is time to focus on the Shadow Wailmer. I caught more than 2 Shadow Wailmer already, but kept only 2 for this. First I evolved a Shadow Wailmer into Shadow Wailord and then I also purified that one to get Purified Wailord. After that I show the 2nd Shadow Wailmer that I kept which I then purified to have Purified Wailmer in the Pokédex too. I chose to do that this way by purifying twice because it's only 1,000 Stardust to purify and then I don't have to use another 400 Wailmer Candy to evolve it a 3rd time. I'd rather keep enough Candy so one day I hopefully get a 100% IV to evolve and if I ever get a good Shiny Wailmer that I want to evolve. 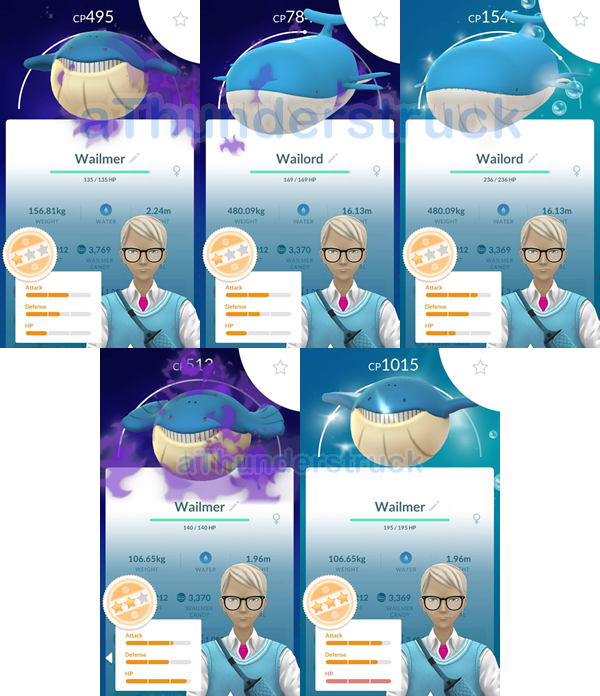 The other new Shadow Pokémon are Alolan Diglett, Natu, Onix and Golett. I have caught at least more than 2 of all of them since then EXCEPT for Golett. I haven't really been finding the Ghost-type Rocket Grunt lately. I have 1 Shadow Golett now but still looking for a second one. Figured I'll just post this now since it's been so long to just get 1. I'll do another post about that one some other time when I find another. 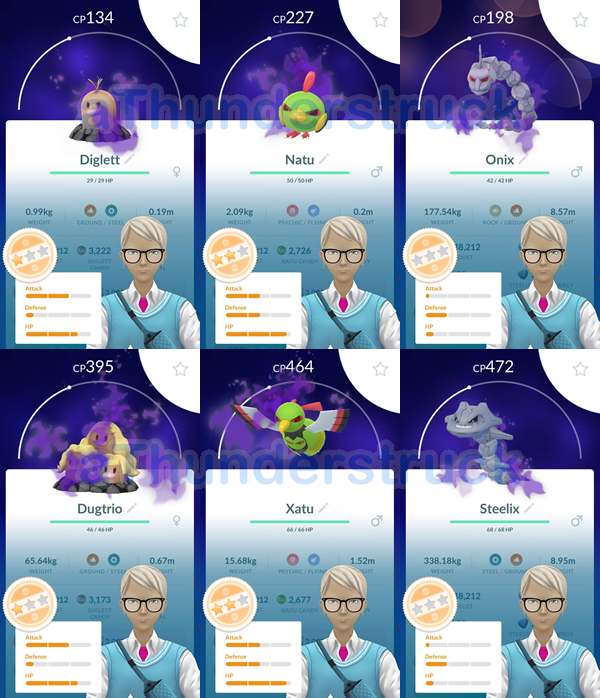 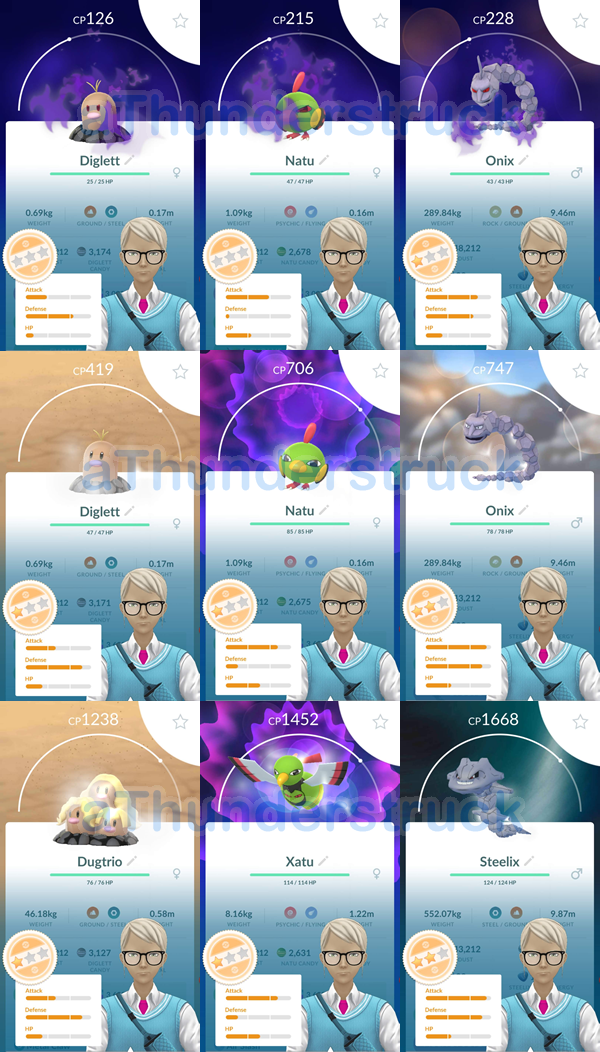 That's all of the new Shadow Pokémon and their Purified versions since the takeover last month in my Pokédex now. Except for Shadow Golett of course as I mentioned earlier I haven't had much luck finding the Ghost-type Rocket Grunt lately. I have one right now, so once I find a 2nd Shadow Golett I'll be sure to write a post about that one too!

Have you caught all of these new Shadow Pokémon? Which of the Rocket Leaders will you try to do the most now that their lineups have changed?