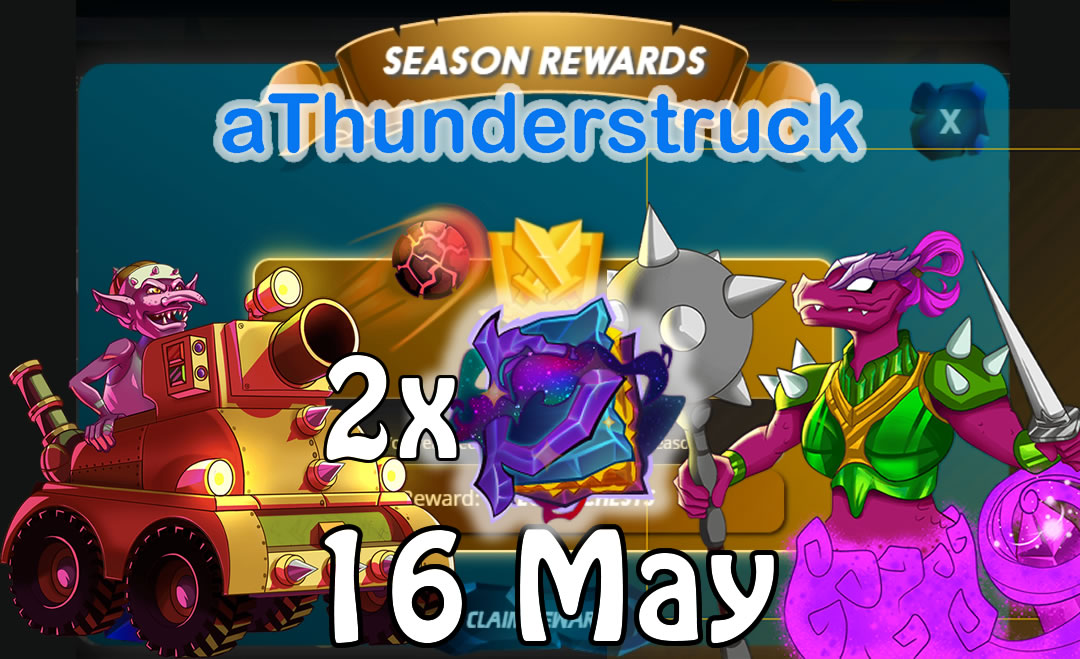 Ahoy! This May 16th the latest season in Splinterlands has ended.

During this season I decided to go into Gold 1 a day earlier than the season ending. The daily quest I got that day before was finished while I was still playing in Silver 1, but claimed after I moved to Gold 1. Then I got my last daily quest of the season about 2 hours before the season ended. Which was to win battles with the Fire Splinter. It actually went surprisingly well to complete the quest in Gold 1 with my silver level cards. So I ended up with 2 daily quests finished in Gold 1 instead of the usual of one quest.

For the one I completed on the last day I had a tab open with the rewards, but because I signed up for a tournament the page was refreshed and I lost the screen 😅 I do talk about the rewards.

They were the following:

Then I claimed my 30 Loot Chests from End of Season rewards for finish in Gold 1. From those I got the following rewards:

Pretty great getting 2 epics from the loot chests!

What did you get from your End of Season rewards?

Opening a chest and getting Chaos packs is really awesome. The goldfoil cards are very powerful in terms of CP.