@azircon 74
about 1 year ago
LeoFinance

Today is election day in the United States. I decided not to go to work and stay home do basically nothing. I have a lot of vacation saved and I can use some. Since I was staying home, I was watching the market, and as the market open I saw a major oppotunity of a Bollinger Band Squeeze trade. For those tho doesn't know what that is, let me explain Bollinger Band first. 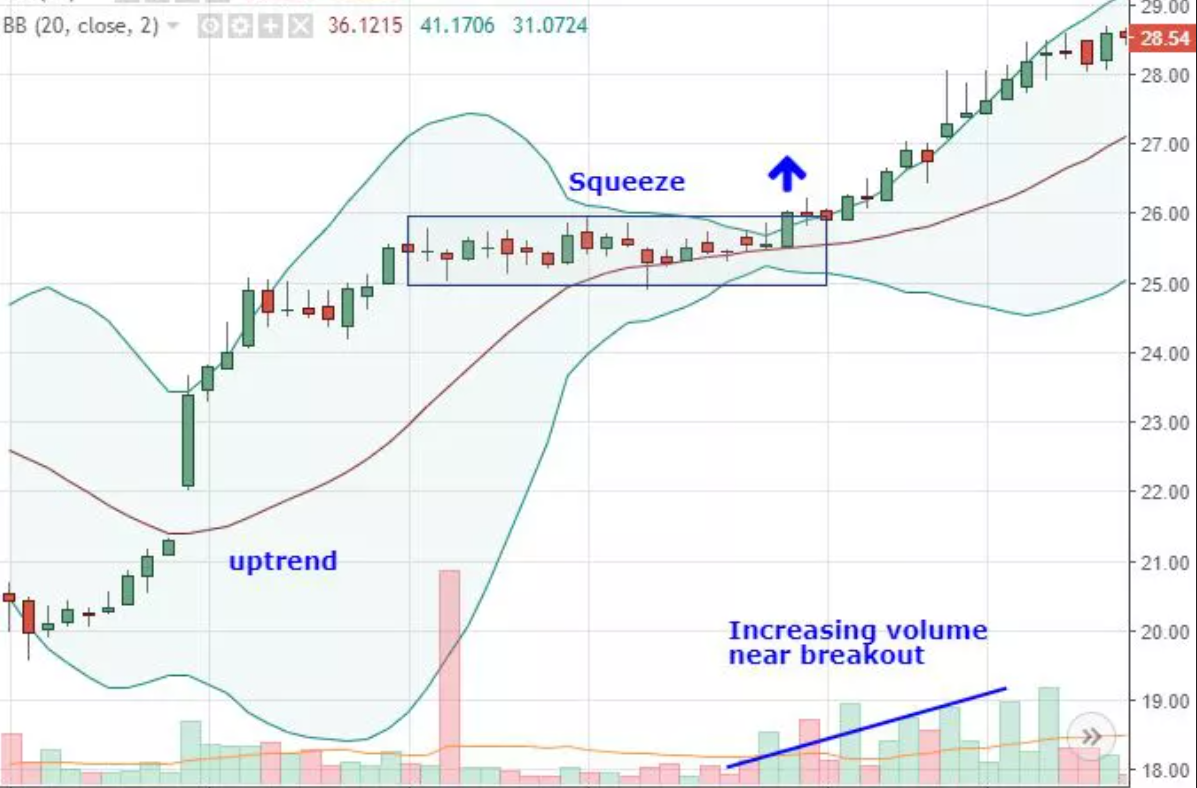 A Bollinger Band® is a technical analysis tool defined by a set of trendlines plotted two standard deviations (positively and negatively) away from a simple moving average (SMA) of a security's price, but which can be adjusted to user preferences.

John Bollinger invented them in the 80s, and since then it has been widely used by technicians around the world in all kinds of markets. There is a middle line, as shown in the chart above, which is a simple moving average (SMA). There are two green lines on either side of it, which is + 2 standard deviation and - 2 standard deviation from the SMA. Bollinger Bands has many usage, Squeeze play is one of them.

I first thought that I am not going to trade today. But when I saw this pattern developing, I caved in! This is too good an oppotunity to miss! This is a classic high probability trade. 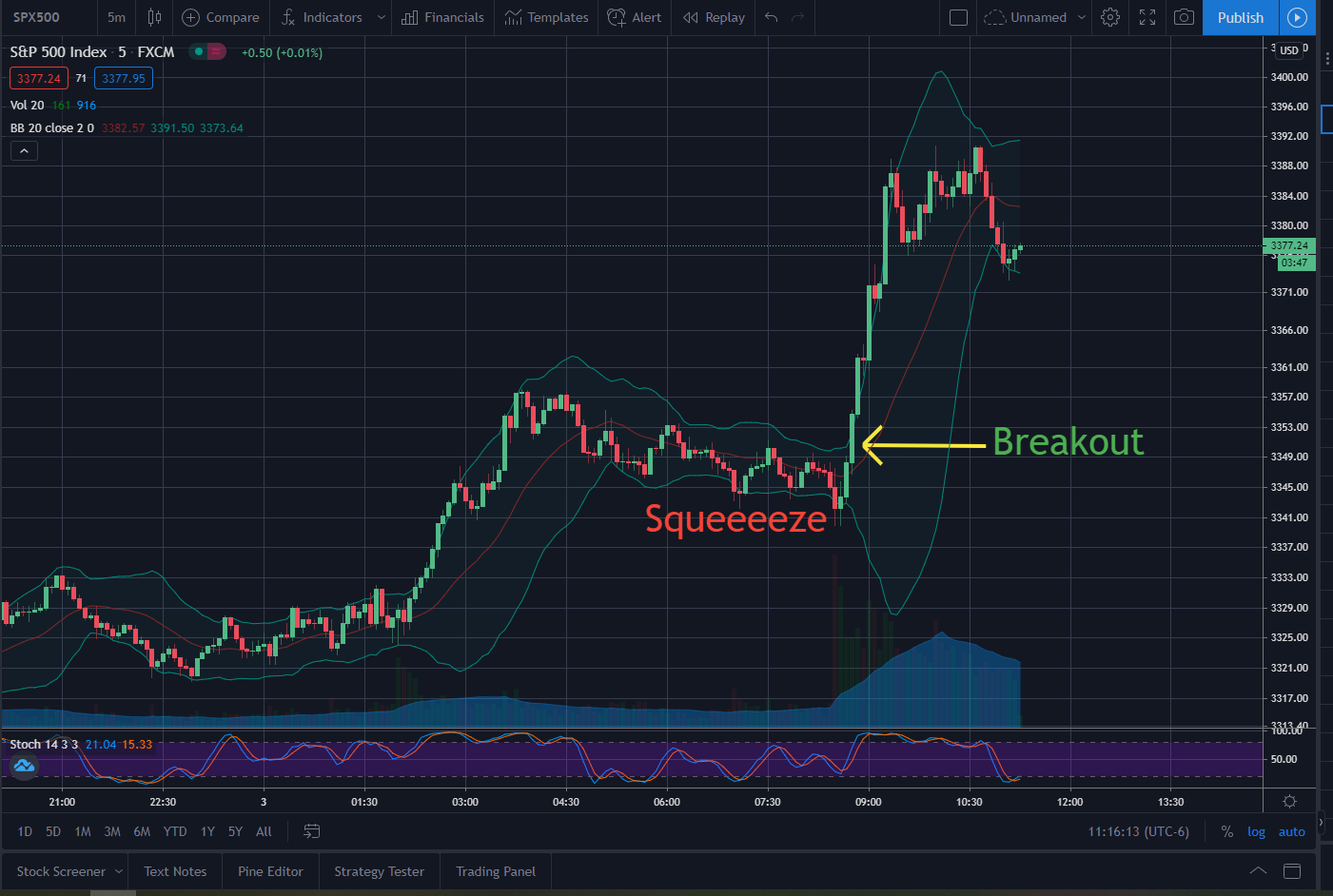 Squeeze is clearly visible during the Asian and European session on this 5-min chart of SPX above. This is common during pre-market, volumes are low, but breakout doesn't hapeen all the time. Today it was interesting. Overall European session was subdued to slightly down. As the market opened in the US, it touched the lower band and then absolutely exploded upward on high volume. I entered at the breakout, and put in a 30 point target with a stop below the lower band. Got a fill within the hour!! Perfect!

Disclaimer: This is NOT professional advice, this is all just my own opinion and experience. I am NOT a Certified Financial Adviser. Consult professionals for any financial, accounting or legal related questions you have.

Charts are created in Tradingview.com, which is a free service.

I think the panic is over, markets dont usually do what we expect, lot of ppl were expecting a meltdown during elections but I think it already happen and from here we just go up

I have no idea on what will happen. But whatever happens, I am ready for it. I am nice and flat with no open positions. I will take one bar at a time.

Mister Bollinger: Sounds kinda like a banker in the wild west times LOL :)
Learned something today. But your explanation immediately resulted in a question: Breakout can either be up or down. How do you determine which way it'll go? Or is it simply watching the screen until it gets out of one of the sides of the Bollinger band and then enter a trade quickly?

You can't determine which way it breaks.

Technically analysis is all about probability. It is not really a predictive tool. Nothing is. I use it most effectively as a reactive tool.

Sure, TA is not like a crystal ball, I realise :)
The conctinuation rule sounds quite logical indeed. Didnt look into trading fopr the last 3 years, hence dont have a lot to go by, by experience. Since recent, renewed interests, and like the TA side of things.