Yesterday there was a major and the most needed update from the game team. We will not be able to do the Starbits Millionaire mission as easily as before. There are some criteria to do the mission that goes in line with the game mechanics and the game storyline. This is a very good update but for people who don't have enough fans and those who were doing a lot of missions already, this can be a little setback.

I'm glad that the game is improving and the rewarding model is getting better day by day. Though I initially thought this can reduce my income from the game to a greater extent but then I thought this is also very important to grow inside the game. Now I have to focus more on getting some better cards in the game and increasing my position in the game. If I try doing the missions, I would be getting a message saying that I don't have enough fans to do the mission.

With the current requirement, I will need more than 40,000 fans to do the Starbits Millionaire mission. 40,000 fans is not an easy number to achieve. I currently have about 32,000 fans and I think I have to purchase a lot more cards to reach 40,000 fans or I have to do some missions to increase my temporary fans which is not going to be that big anyway. Investing back into the game is definitely good. I already started purchasing some cards from the market to increase my positions.

I also noticed that my ranking currently is around 175 among the other players in the game. If I get some better cards, I would be able to reach a better rank. That's also something that I have been focusing on. If I reach a position below 100, I would be able to get daily rewards from the game for staying in the top 100 players. I have been there many times but yeah the game is competitive and there will always be players who would be better than us. 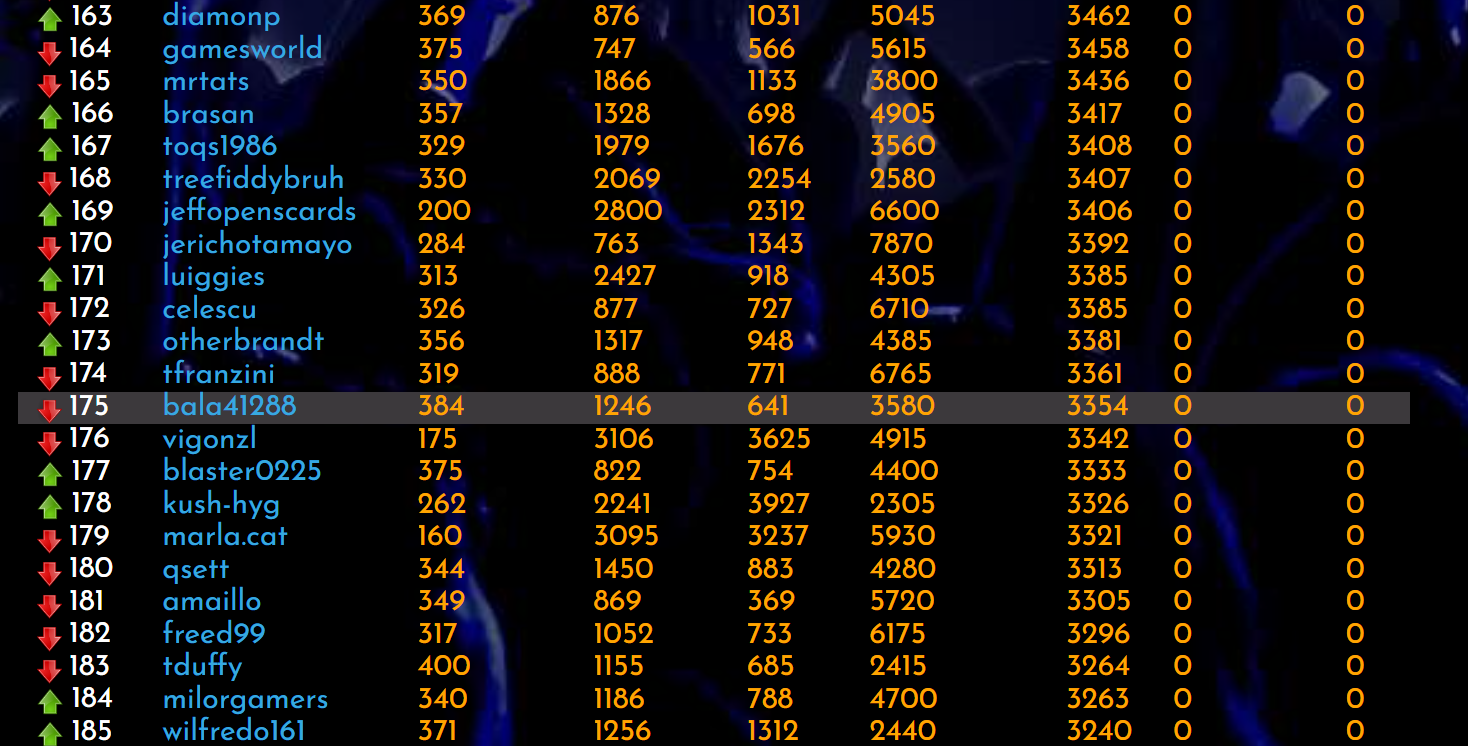 Today I purchased lots of cards and I believe that should advance me to better levels. But still, the amount of time I spend playing the game is considerably very less. I wonder how people are able to play the game for over 7000 minutes per week. It is really very challenging for me and most of the time I miss playing a mission. I believe people might have alarms or reminders set to do the missions. Otherwise, it is hard to remember and do the missions regularly.

So I cant do the same mission 3 times a day now?

Earlier we were able to do the mission once a day. But now it requires the account to have enough fans to do it even once a day.

Well. I never did the millionaire mission :p

Oh then you should do it. It gives 10k starbits.

i just checked mine too and i realized i need 2900 fans to keep playing but calculating how many times i have run this mission it is just 20 times, isnt it 100 fans increase on every millionaire mission played?

oh ok i understand now, thanks

Mmm, that’s kind of obvious it happened. It was just too easy money, in my opinion. There has to be an incentive to keep on buying more cards if they want the economy to keep on working

I had a lot of mixed feelings about this because I have only been a millionaire for about 1 month. I prepared and bought some fans in case the fan price went up but I only bought a couple. I should have bought more but I didn't like how low the starbits to hive ratio was going lower and lower.

I'm addicted to playing and will buy more fans as long as the mission will give me a little profit. I'm not going to be buying starpro for the extra 10% at this time. I don't think it's worth for me yet.

Yeah same here. I'm just going to enjoy whatever I'm getting right now. Not going to give any big extra push for now. Going to take it slow.

It seems a smart move to keep people growing in the game.

Greetings @bala41288 again another great entry , the truth is that the idea is that this type of game is enjoyable and generates profitability to users, without neglecting improvements as they have been doing, Greetings.

I think it's better the new rule than to have the economy collapse in the future. It was a bit too easy in the past.