After opening the season-end rewards, I started to wonder why was I even playing the game. I can simply rent all my cards and earn a pretty decent income from that itself instead. I have a huge collection of cards and that's why I planned to use half of it for rental markets and the remaining cards for my daily game. I was thinking of spending enough time every day playing the game.

Though it is equally challenging to play the game every day, I still manage to complete at least the quest of the day. There are more opportunities like tournaments and brawls for the players but I find it hard to play all those. People advised me that I should upgrade my cards and maintain a maxed-out deck but I missed all those chances. Now with the current price of the cards, it is nearly impossible to max out the cards.

I wouldn't blame it so much because I at least got two rare cards from the season-end rewards. I'm sure there would be people who did not even get any rare cards. Compared to them my life is better. But I would have been happier if I had received any better cards or a GF or Legendary card. But anyway I don't really use any of the current reward cards for playing the game. I also think that they don't have any bigger demands in the market either. The rental income from those new reward cards is also poor.

Maybe it is because I'm not used to these new cards much or basically these cards don't have a huge demand in general. I don't know the actual fact. 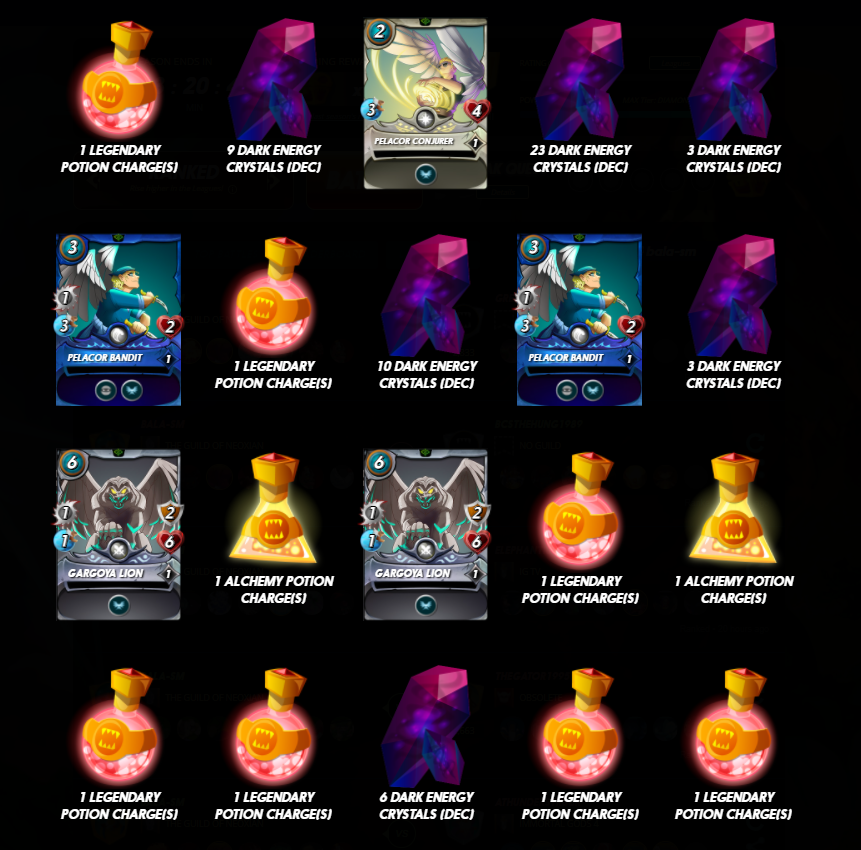 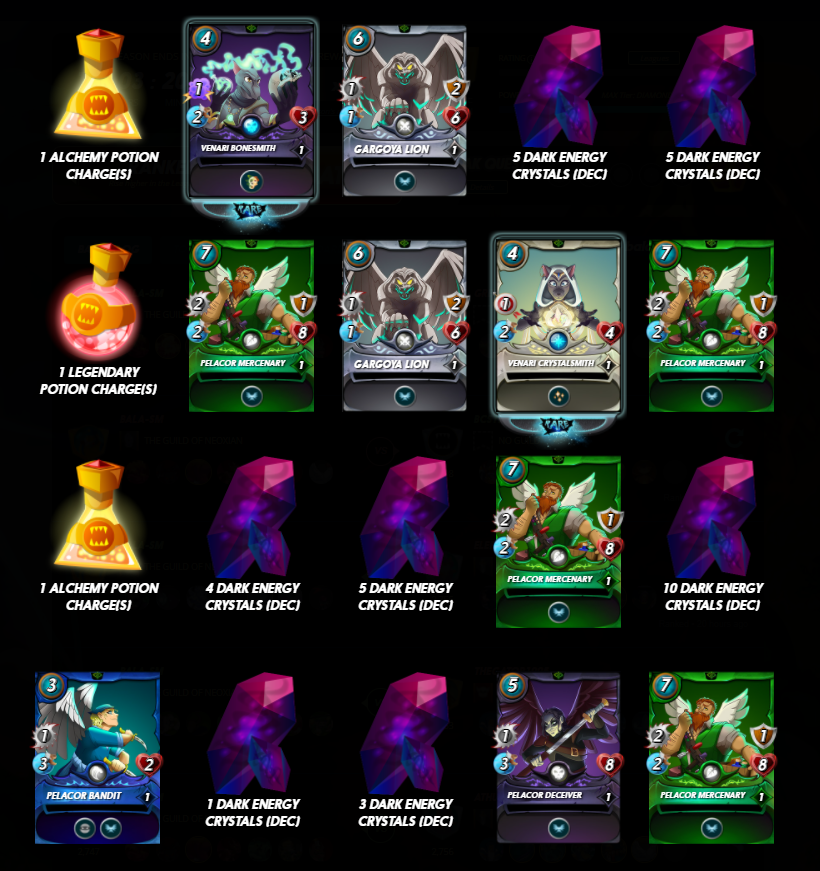 Just look at the number of potions I have received and the number of DEC crystals in my rewards. They are not very great but it is okay and I would like to be happy with what I received and not complain about the same. I really wished there were options to trade or transfer our potions. The new players of the game would really need them to open packs. I don't think I will be opening any packs in the near future, so it is not very useful for me.

The rental income from the game is pretty good this season as well. I made close to 50k DEC from the rental income alone. During the initial few days, I used my DEC to purchase some cards from the market. It should be close to 10k DEC but other than that I have received close to 40k DEC now. I wanted to increase my positions on SWAP.HIVE: DEC pool. I guess this time I should be able to do it.

For the next season, for a change, I was thinking that it would be good to rent out all my cards and check which one is profitable. I was thinking of using the cards on my other account to see how much I had been earning by playing the game. The revenue from playing the game is not very great. So I thought I will rent out all the cards in the coming season to check how much the rental income gives me in total. If I can make another 50k DEC from renting the remaining cards, I'm sure that would be the best strategy.

The main reason why I wanted to choose this strategy was that I don't find time to play games and no point in holding the cards that I'm not going to use in any of the games. It is better to rent out those cards to at least someone who plays regularly.

It would be nice to know if you earn more playing or by renting. However if your getting 50k DEC or so from rentals, it means your getting around 1.5k DEC a day right?

I stopped playing months ago - I make at least double renting what I could playing, at EOS rentals are crazy - 40K DEC yesterday, and that's pretty standard.

Yeah, that's exactly what is tempting for me. If my spare cards alone can give me a good passive income. It will be worth giving 100% renting a try. Thanks for your comments.

I think outside of the big power players the only people actually playing are those with Guild-Guilt or those who got in later, so playing is their only means to earn.

I mean it makes no sense grinding out games for 30 minutes a day when you can make double that by spending 10 mins a day managing your rentals.

I have decided that my involvement in Splinterlands is going to be almost completely as a source of passive income. I have one card that I rent out and I plan on getting more when I can. I purchased 20 CHAOS packs and will open some to see what cards I get and hold the rest to sell. Maybe take a break from playing and see how you do just renting. Just a thought.

Thanks for your thoughts. Mostly my choice will also end up the same. I'm also planning to take a full break and evaluate which one is better.

That might not be a bad idea but you should stay active somehow. Like posting comments on other peoples' posts in the community. That way you can keep your name out there and earn as well. Have a great weekend.😀
!ALIVE

I have debated quite often whether I should stop playing and only rent out my cards but then I believe that in the longer term, playing will become more intersting. There will be SPS reward pool for players and with chaos legion, I belive the demand for renting will go down (more cards available with same demand). Therefore I try to play both bords... renting and playing.

Yeah, that's definitely a good choice and that's what I thought too. Managing my time on playing is what I find very challenging. I'm going to experiment with this in the upcoming few seasons and see which one is better. I already have data with me as to how much rental rewards I can get my extra cards.

Congrats on reaching 50K in DEC rental income that is awesome!!

Thank you so much. Yeah it was a great passive income.

You are very welcome and picked up a new follower 😃

Congratulations @bala41288! You have completed the following achievement on the Hive blockchain and have been rewarded with new badge(s):

Your rental income is amazing. I had more fun a year ago with Splinterlands, now it doesn't excite me as much as it used to. However, I still believe it is one of the best blockchain games.