My financial roadmap on HIVE blockchain

And here it begins... or better said I couldn't stay without sharing my financial roadmap on HIVE blockchain with the goal of making a living out of it. Yeah, it all could have started much earlier, I could have invested more and now probably reap the rewards of that, but for some reason my growth on Hive was pretty much organic, through my work and hustles all around. And with a little bit of wisdom from the communities around that tipped me for some good investments within the HIVE blockchain ecosystem but also outside. I must confess I am proud of my RUNE move and form some reason I HODL that pretty close to my hearth. 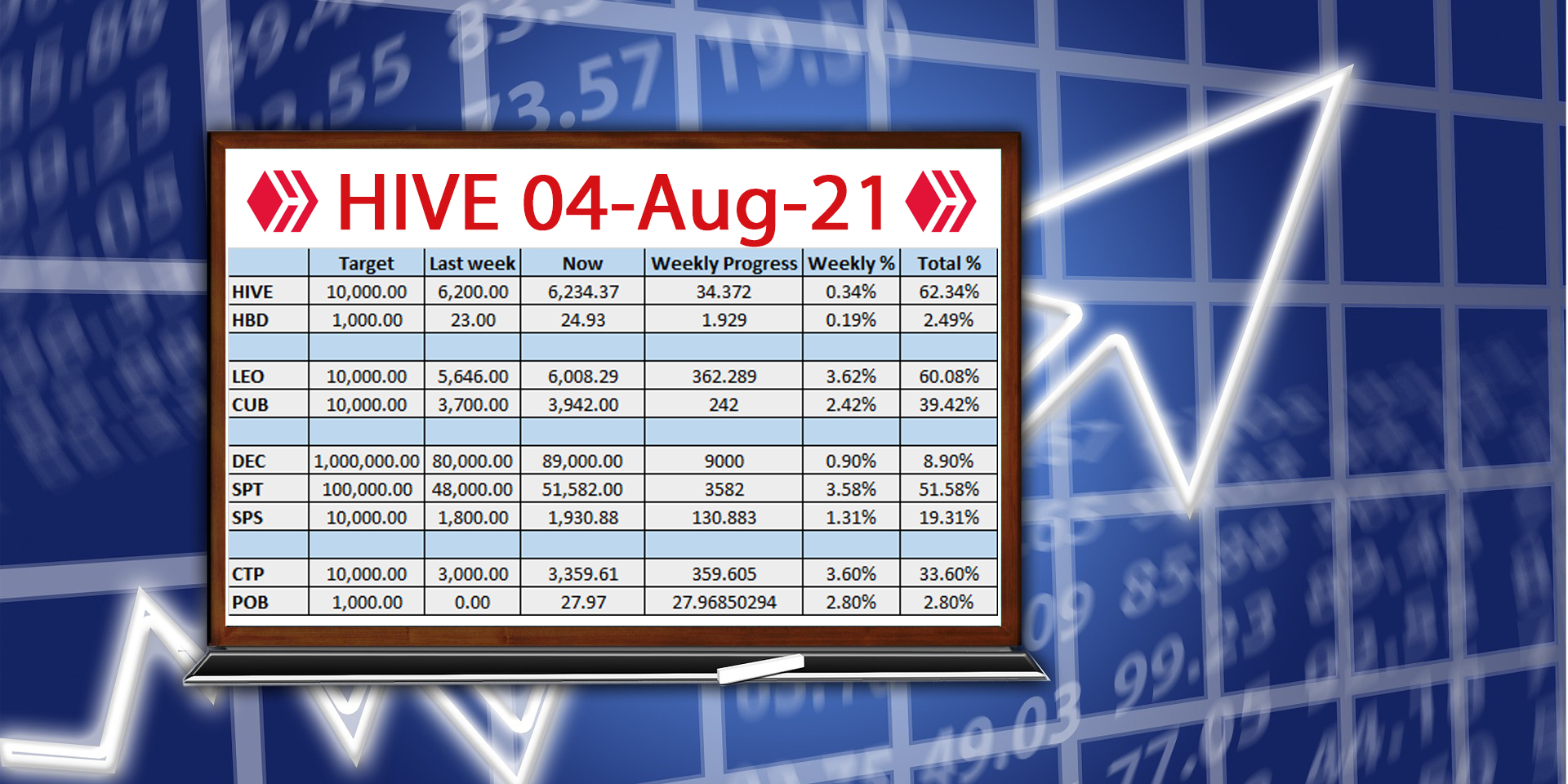 But letting the introductory part of this post in the back mirror, it is time for me to lay down the roadmap that I have on HIVE blockchain and the cryptocurrencies that I am invested in. Beside HIVE and HBD there are quite a bunch of second layer tokens with strong communities behind that make good opportunities for investment or for stacking, delegating and building up through engagement and content creation. I am focusing on some of the tokens around, while I will be looking to expand the portfolio with new assets that might appear in the future and that I will know enough as to be an early adopter. 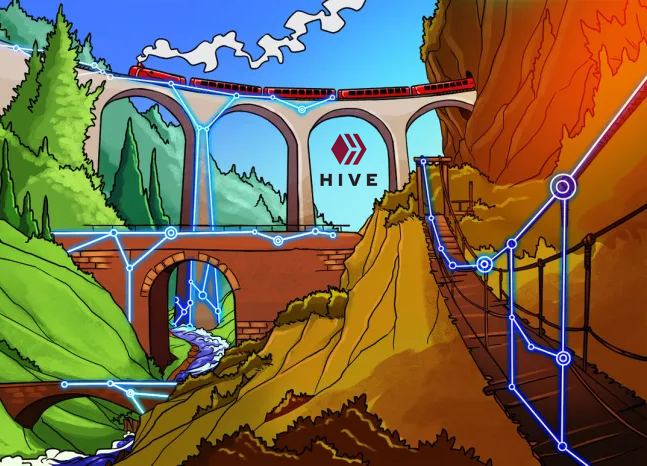 Considering that there were built so many bridges from HIVE to other blockchains (like BSC), but as some of the new tokens released out there fall under the umbrella of HIVE projects, I will add also those to the list. Currently reality proved that HIVE is not a closed blockchain and all these bridges simply expand the use cases, bring more awareness and users to the platform. So it is a WIN regardless on how you look at these facts. And of course beside well established projects, there are also others waiting to blossom so it is good to keep an eye on those as well.

I don't want to get into too much details about each project as if I was to do that probably this post could end up having thousands of words (or pages :)), so I will just enlist them with a few words about their core fundamentals and objectives. So here is the list that I have compiled and will be focusing on with, hopefully, weekly updates. Probably not long as this one, but rather emphasizing on the progress...

These will be the main tokens that I will be piling up and have goals upon, but others might be added as we move along. If you consider a HIVE second layer project that wasn't included in my list, please free to share it in the comments of the post and add some benefits for it. Cheers and will be hearing you with the next status report on how I've progressed, at least one week from now.

What exactly you mean by this?

Its' related to the fact that "POB is a pure 100% Proof of Brain (PoB) token meaning that the only way the token enters circulation is through PoB rewards that are earned by posting and by curating content with POB staked. 1 token has been issued to @proofofbrainio to enable staking. There will be no more POB tokens issued except through PoB rewards." Maybe I didn't express that clearly from my understanding...

I know all this well.
What I was referring to was "initial 1 M total supply".

Initial was not 1 M (1 million)
In what ever way I am trying to grasp such an expression, it just makes no sense to me

That was based on the Hive-Engine supply if I interpreted it correctly. 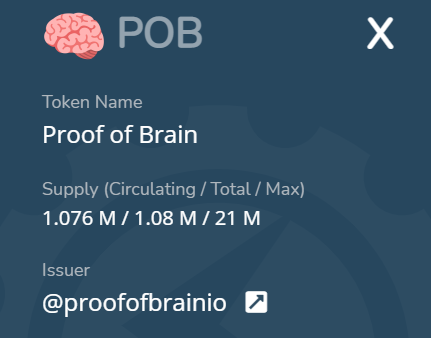 Yes, this is current supply. As of this minute. Not initial.

I've corrected that not to be confusing.

Thanks for sharing! Really cool ;-) Rebloggt!

good choices. i do Brofund and Utopis on top of those, for their rewards. !PIZZA

I wish you success with your approach and strategy!

With the many possibilities here, it seems like a great invitation to create and pursue our own "microstrategies."

If you put enough water drops in enough buckets... eventually it ends up amounting to quite a bit! Trying to do something not dissimilar, in my own small way.