@beyondhorizonmm 68
6 months ago (Edited)
The City of Neoxian

This is a rule in Splinterlands battle. This one is tricky and need some kind of calculations. You need to choose your monsters in Hit Points order. That looks crazy words and battle lineup looks something weird. This looks like we choose our monster randomly or Someone may think this is a bot account.

In this battle Opportunity rule is taken precendence over Melee Mayhem rule. So your melee monsters will not attack enemy's monster in first position. They will attack monsters with lowest Hit Points first. So no one will attack Djinn Chawala except my first position monster Furious Chicken.

My monsters take down two of my opponent's monsters with lowest Hit Points. The did not even attack Djinn Chawala. In round 2 my monsters also take down his Dex Paragon too. 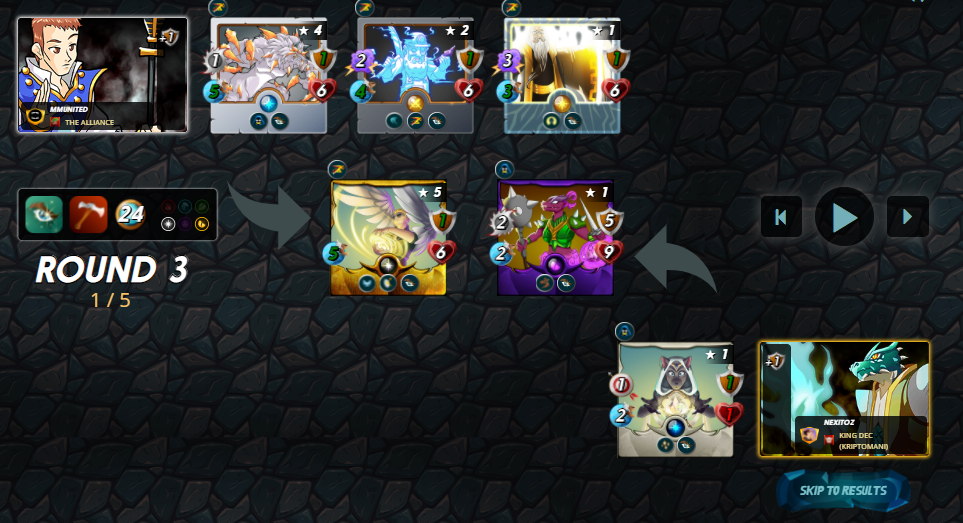 My opponent attacked me as I planned. His deck level is too low for me but even if he has higher level deck the result will be the same.

Djinn Chawala will get killed in no time. So I will stop my post here.

You may see more weird line-up in rule like Equal Opporitunity but I love to see this weird things. Put your monsters with lowest Hit Points front line and put another mosnters by the lowest to highest order of Hit Points. That is what I did in this battle. I hope you enjoy reading my post.

Oh. I forgot this is the link for this battle.

Nice post that is a very strange combination I don't know If I have ever gotten the mix of those two crazy.
For me, I get noxious fumes and earthquake ruleset combined quite a bit and that is a tough one to deal with when you get the two of them together but it makes for some interesting teams.

Yes. indeed Noxious Fumes and Earthquake are really hard to deal rules. Thanks for stopping by my post. !PIZZA