Harry Pottery And The Chamber Of Secrets - Book Review Ahh i'm finally done with the 2nd book in the series and I can now get onto the review PHEW I got the Hufflepuff 20th Anniversary Edition Hardcover book a week back from Amazon and I was disappointed a bit with the stains on the cover, I had to clean them down using a nail polish remover and a micro fiber cloth.

Heres My Copy Of The Book ❤️

After the first book in the series Harry Potter and the Philosopher’s Stone, the 2nd book Chamber Of Secrets delves deeper into the exciting world of magic and brings to the picture the various struggles and inequality of different magical beings as well as the inequalities among muggles.

The story begins with Harry once again being at home with the terrible Dursley's and they are unpleasant as always. You have a couple of new characters in this book and I will be talking only about two of them and this is where the first character comes into play. Character 1: Dobby The House Elf - He appears in Harry's bedroom bedroom with a warning that Harry was not returned to Hogwarts (He Couldn’t Give Him Any Details As The Unique Nature Of Elf Magic Prevented Him fFrom bBetraying His Master) and sets in place a chain of events which land is heavy in deep trouble with the Dursley's and ends up being caged in his room, But thanks to Ron, Fred and George Weasley they bust Harry out using their dads flying car.

Character 2: Glideroy Lockhart - Harry and his friends first meet him in Diagon Alley at a bookshop called Flourish and Blotts where he was held up at a book signing event. This is where he dragged Harry into the spotlight against his will and made a spectacle out of him as a publicity stunt. (Oh And There Are Many More Such Annoying Events With This Character 😂) He also happens to be the new faculty for Defence Against The Darks Arts

Upon Harrys arrival at Hogwarts mysterious & horrible events started to take place sent chills down everyone's spine, It starts of with Harry hearing mysterious voices and only he could hear them because he was a Parseltongue (The Reason To Why Only He Could Hear Them Is Found Almost Towards The End Of The Book) Harry then goes on and finds Mrs. Norris hanging from the ceiling with a message written on the wall that read "The Chamber of Secrets has been opened" turns out that the cat ain't quiet dead yet and that it's only been petrified.

Soon after students Colin Creevey, Justin Finch Bletchley, Sir Nicholas de Mimsy Porpington (Nearly Headless Nick), Hermione Granger, and Penelope Clearwater gets petrified and it was up to Harry to figure it out.

Also several chapters are involved in the development and use of the Polyjuice potion which is potion that allows the drinker to assume the form of another person/being. This potion was used to trick Malfoy in believing that Harry & Ron were Crabbe & Goyle, The reason the did this is because they suspected Malfoy to be the true heir of Slytherin and turns out he wasn’t. Only the true heir of Slytherin could open the Chamber Of Secrets and release the monster within which happens to be a Basilisk (A Giant Serpent Also Know As The King Of Snakes)

The Chamber of Secrets was created centuries ago when Hogwarts School of Witchcraft and Wizardry was built Salazar Slytherin. He disagreed with the rest of the founders Godric Gryffindor, Helga Hufflepuff, Rowena Ravenclaw that only Pure Bloods should be allowed to study magic. This chamber was built so that one day someone would carry on his legacy and purge those who were unworthy to study magic.

Also Ron manages to break he wand in two and manages to get it back together using duct tape 😂 but boy oh boy did his decision to do that backfires multiple times to an epic proportion 🤣 The above GIF is one such scene where in an attempt to curse Draco Malfoy withe the slug vomiting charm in response to Malfoy calling out Hermione as a "Filthy Little Mudblood" and his wand was broken, the spell backfired which caused Ron to curse himself 🤣 That's going to be the only difference you get from me 😂 there’s still quite a bit but i'll leave that for y'all to discover.

P.S My Order For Harry Potter And The Prisoner of Azkaban
Will Be Arriving Today 😍


So See Y'all Next Week For Another Review Hopefully 😂

YOU FINISHED THAT THICC BOOK IN A WEEK 🙄

Haha 😂 This Was A Short Book. P.S I Just Got The Next Part Just 10 Minutes Back 🤤

I did remember from the movie on of Ron's shenanigans 🤣🤣

The vomiting scene was epic

Haha Ik Right 😂, Oh Im Quite Used To Reading, Used To Finish About 3 Books A Month 🙈

Such a well written review this is!! If only I had so much patience with my books would I be of some use to this planet 🤧 Butttttt most importantly- Why is that fellow puking inside that bucket 😭😭😭

😂😂😂 Give Me Your Books Then, I'll Read Em, Oh So You haven’t Seen Harry Potter 😂 You Should Totally See the Movie, P.S He's Puking Slugs 🤣

Yes yes, of course! Because slugs make it so much more better, don't they? 😂

Yess They Do, They Are Exquisite 🤤👌🏻

I am a potterhead, yes I'm Maddly in love with this saga, and I think that the best part of the whole booke is the figth between Malfoy and Mr Weasley haha it was epic.

I have already rear all the books but they are in spanish, my original language 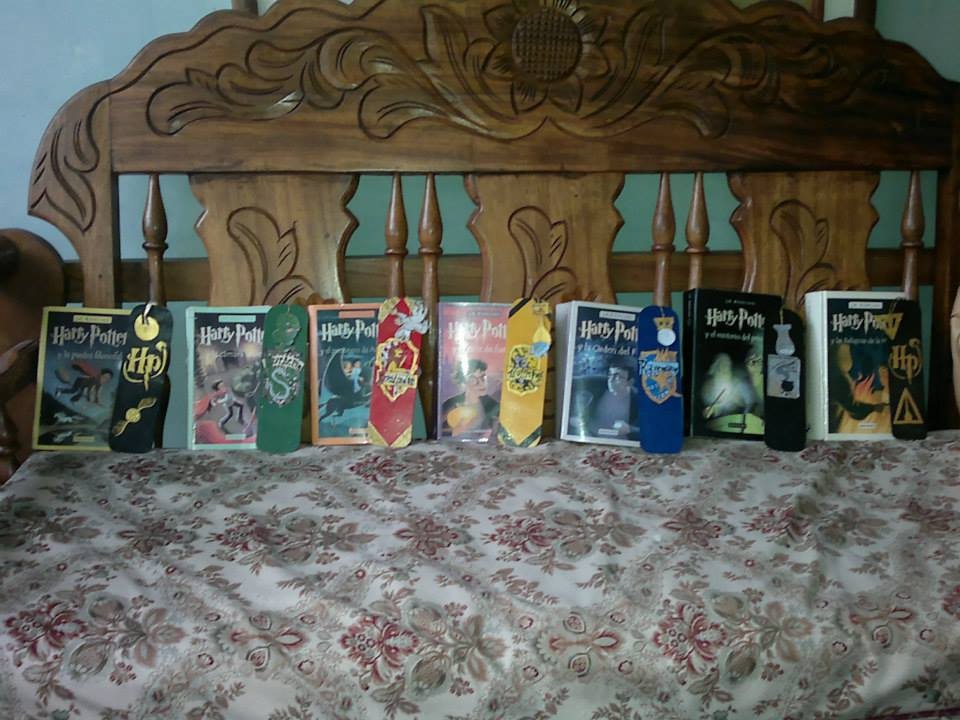 Damn I Love The Look Of This Collection!! Great Bookmarks Too 😍 They Should Totally Remake The Chamber Of Secrets And Add The Fight Between Mr Weasly & Malfoy 😂

Yeah I agree I would like to see a remake with that fight.

All those bookmarks were made by myself

I have actually read and re-read Harry Potter in my school days - even at exams time ! The movie is great and i appreciate it. But books always better... In HP books, there must be a plot twist, and the plot twist here is that Tom is a descendant of S. Slytherin...

Haha IKR 😂 It Was Always Draco/Harry For Me 😂