Is Bitcoin The Last Safe Haven? 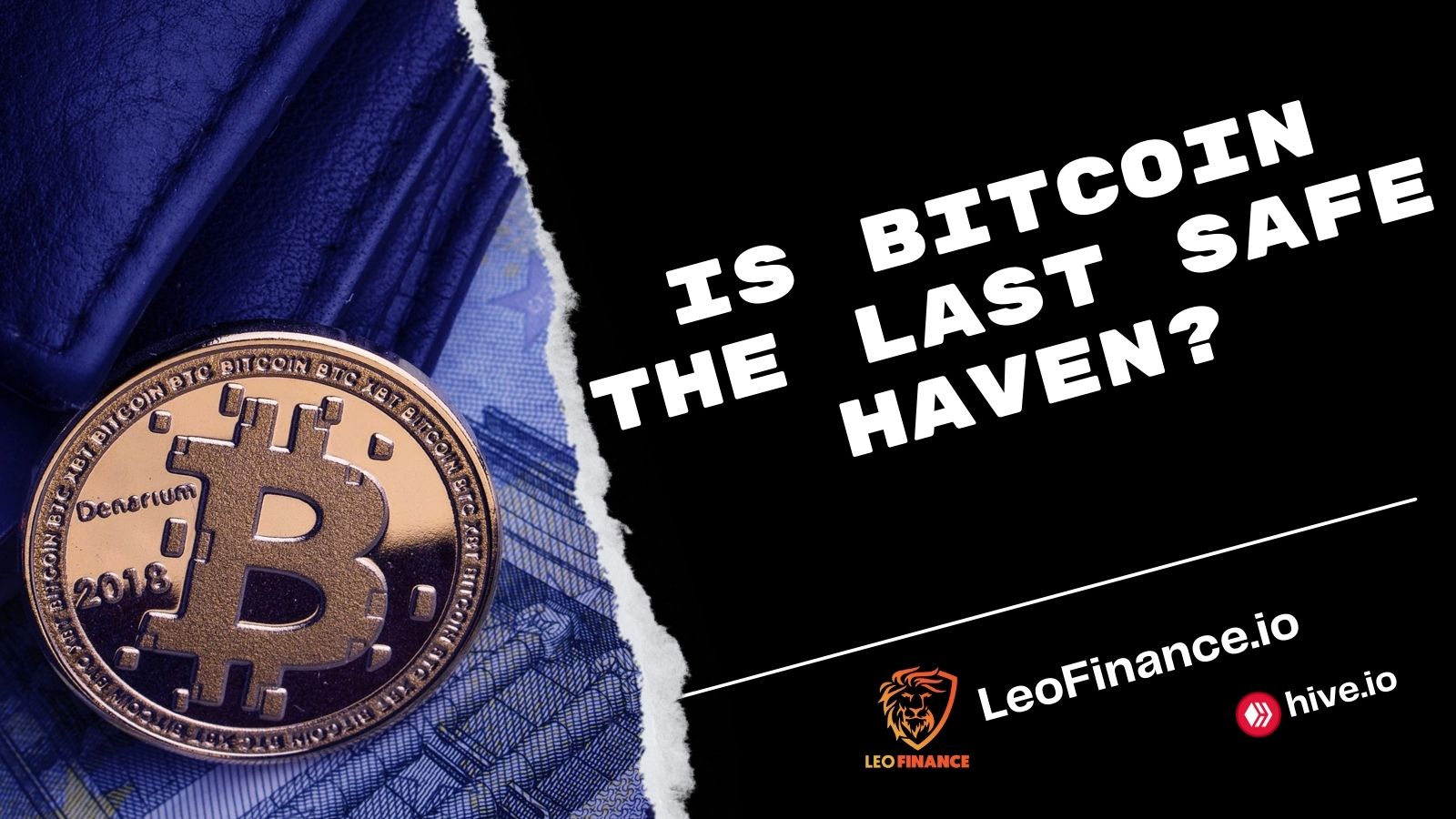 Is Bitcoin The Last Safe Haven?

As the worlds stock markets fall and most likely will continue to fall over the next 6-12 months people are looking for places to move their money for safe havens. Huge inflation is also diluting value across the board and a total reset is taking place from the pump of the last 2-3 years.

It was said for the longest time that gold and silver are safe havens to fight inflation. However in August of 1971 a executive order from the president of the united states Richard Nixon announced it would no longer convert dollars to gold at a fixed value thus destroying the gold standard.

As we can see during inflation silver and gold have fallen just as much and oddly mimic the stock markets rise and fall.

This is because gold and silver are more of a commodity now used in electronics and speculation of old time values that it's a good bet. Well it's not and it doesn't protect your buying power anymore.

With the FED increasing rates it means everything such as loans goes up in APR value. At 6% mortgage rates are still low compared to how they were before at 11% which many felt was a great deal. However it's getting to the point of where we are about to hit an all time high since the 80's. It clearly shows that things are not looking good at all. Because of this increase you also get a small increase in your savings account. Many saving accounts are paying around 2% at the moment and it's expect this will go to 3%-5% into next year. However you still have a 8% core inflation rate but an inflation rate on food and gas that's easily double digest! Thus a savings account will never make you money but it is a save way to minimize the risk.

This starts to beg the question if Crypto such as bitcoin is actully the safe haven again. I only mention Bitcoin here and no other cryptos because Bitcoin is a unique blockchain with a set inflation. Sure people will say that bitcoin got crushed but when you fast forward 6 months from now it would have gotten crushed just as much as the stock market.

You see bitcoin and most of crypto is starting to break away (however there's a lot of tangled mess that has been being filtered out as of the last year and a half and is why you have seen the sinking prices) This breakaway often puts bitcoin ahead of times as the stock market lags behind. While stock markets sink crypto such as bitcoin often does the opposite and then moon shots when the stock market starts to pick up again and nose dive a few months before the stock market starts to feel it. Just look back at the history of the two and you'll start to notice this trend.

So it begs the question if bitcoin and perhaps crypto as it follows bitcoin mainly is getting primed for a huge rally in the next 6 - 12 months.

What are you thoughts on this?

So it begs the question if bitcoin and perhaps crypto as it follows bitcoin mainly is getting primed for a huge rally in the next 6 - 12 months.

Not only after the next halving(mid-2024). I was of a different opinion half a year ago, but the market proved me wrong.

It was said by many that crypto and BTC is a scam in the past. I suppose many have received the answer to that as well. Since the whole world is in the brink of war I suppose crypto market was also on the hitlist. Market down was imminent.

For savings account purpose, I must admit there are low risks involved and I have saved up some money just in case. As I was aware of the down market and most of my assets are converted into crypto. Which is why even in this down market I am kind of relaxed and withstanding the wave of the bear market. But at the same time just stacking up some cheap fav coins and building my stash to grow even more.

I am not fully aware of this fact BTC somehow related to stock market. But yeah, that might be one of those issue where FOMO drags people in crypto for some quick profit while the market is up and funds gets collected from various sources. Even stock market can be one of those sources. Just a guess from my side :)

No, BTC is nit a safe haven. It is a currency. You cant eat it, travel in it, drink it, eliminate risk, fend off attackers with it, or cover yourself with it.

Just like bank accounts you must have network and electricity or third party risks.

For people who consider Bitcoin to be a safe haven, it will not be the last safe haven. While Bitcoin is the dominant cryptocurrency by far, there is another cryptocurrency which has a similar profile to it, pre-dates Ethereum by a few years, has as low a profile as Hive, and is as criminally undervalued as HIVE.

This cryptocurrency is Litecoin, and if Bitcoin becomes radioactive then people can seek safe haven there.