@bitcoinflood 77
about 2 months ago
LeoFinance 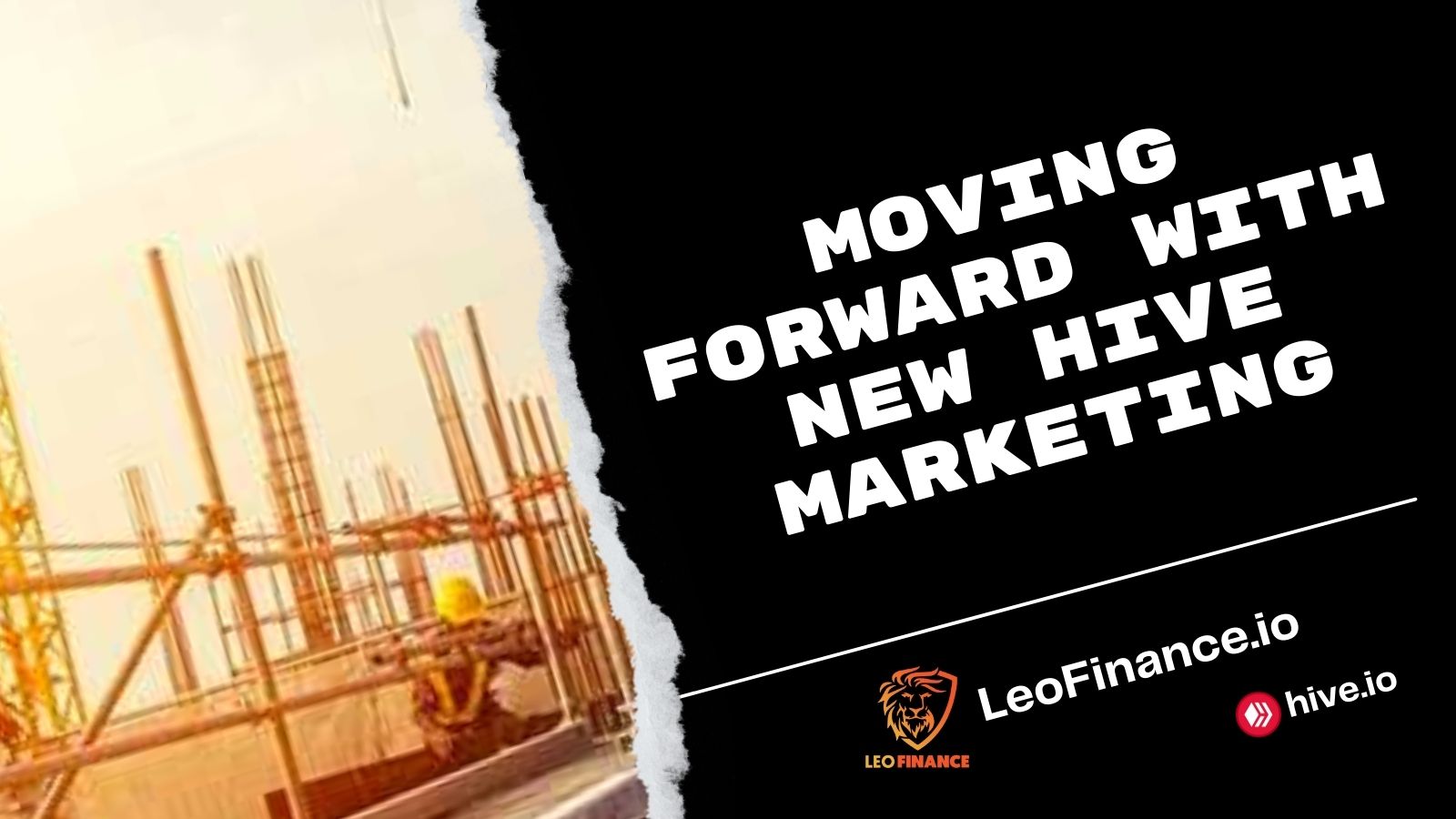 Some might think it's crazy to start marketing LEO and Hive at these times. But right now is the primary time to do so. Even though markets are cooled off and dump the liquidity issue is a big one and with that we are going to see some serious up and down swings here for a while that most likely will make you fall to your knees and cry.

I was going to run proposal for the DHF but from what I've been hearing the only way I'm going to tap into that is if I'm a dev? I guess building funnels and creating a blueprint to onboard people can't be used for it so whatever their loss. That being said I'm going to push forward with the project but instead do it through posting. If you all enjoy the content then your upvote is what will be payment for the time and resources I put into the project.

To me we are all part of hive and everything connect to it that means play2earn games like Splinterlands, RisingStar among many others. Communities such as LEOFinance which have also launched DeFi applications giving Hive and HBD a little more liquidity and exposure to other blockchains. To 3Speak with video hosting and sharing.

The Real Issue With Hive

There's a lot Hive brings to the table but there's a lot it's lacking the biggest of which is overly complicated systems and onboarding that has a horrible bounce rate. Because of this I'm putting funnels in front of projects. I did this so far on LeoFinance in support of LEO, CUB and Polycub with little to no marketing behind it. Those bring in around 3 leads per day which then go through training about how to get their account, why they should and why they should increase their stake and asset value.

I really want to expand on this but it takes a lot of resources and time for me to do it alone. I'll be pulling some sources from my two businesses but right now it's an extra expense or time away from other projects I would rather them be working on. This is why it will primarily come down to me in any extra time I have which is very little still. I want to make the transition however fully into crypto this year which was one of my largest goals.

The Plan Is As Follows For Now

So there you have it, the game plan for the rest of this year to help Hive grow. Much of it is laying the ground work after which marketing will start to happen. I firmly believe Hive and all that it has to offer can do well to promote themselves.

The struggle is getting people onboarded and after understanding what it is and how it works. Think about when you first stumbled on Hive many years ago or even months ago. I bet you where lost, didn't understand where to get hive, how to connect with people, what type of content you should write about or really where to start. You also see no action in your wallet for a solid week after you make your first post which is a LONG time and for someone new most likely they don't understand this and leave on to the next thing. That's why it's critical to have some form of guidance either through automated email or one on one in discord chats to help build these people into understanding what Hive is all about and why asset BUILDING is critical to their success and not to treat Hive and it's applications a ATM machines. This understanding I believe is the second phase that is hurting growth here at Hive. Everyone is looking for how much they can earn and cash out and not why they should power up, contribute and overall become a investor in integral part of the Hive ecosystem.

I firmly believe the above is a step in the right direction to onboarding and after onboarding for them to understand how to build assets and why they are building assets.

Building of this will begin mid July of 2022.

Happy to hear this. I tried to so this early on in hive but nobody cared lol. I will support when and where I can. I believe you will have success with this.

I saw you tweeting about this earlier today. Nice to see you taking some steps forward. They may not realize it yet, but the community could benefit from things like this quite a bit.

I agree they Ecency is one of the easiest for new users. That mobile app works, has notifications, and all sorts of other things that are essential. I still prefer PeakD, but Ecency is really great too.

Looking forward to seeing what all you come up with. I’ll be watching for your future posts and will support this kind of effort any day.

@tobywalter 69
about 2 months ago

I've really liked our sign up via Twitter option and how the user doesn't have to download their keys straight away (no non-crypto user user gets this part straight away).

Glad you doing this and surely more are following the same steps.

Project blank will be a hell of a marketing tool for Hive.

Totally agree, the mass amount of users and being able to tap into that for promos of in house projects like Cub, Polycub etc should net some serious exposure.

Yep that's going to be my focus after the initial hive one. Splinterlands, Rising star and any new one being released along with video 3spk and any other application that gets launched.