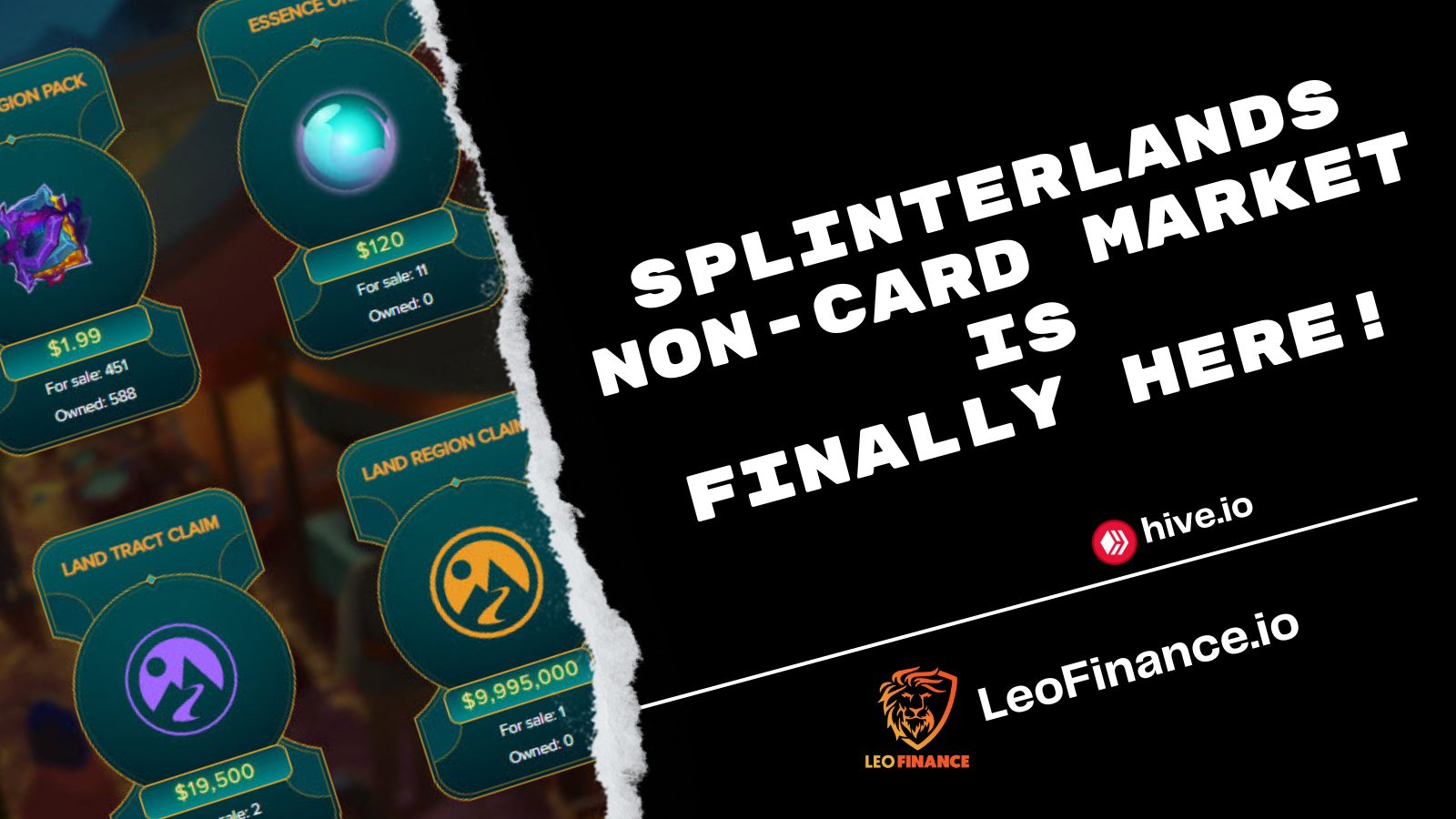 It's been a long time coming for the non-card marketing to hit live for Splinterlands This is one of the major milestones for the game that ties in directly with the release of other assets in the game such as land!

The non card market can be found by logging into your Splinterlands account then then clicking on Market in the top menu and then Other Items in the sub menu seen here. 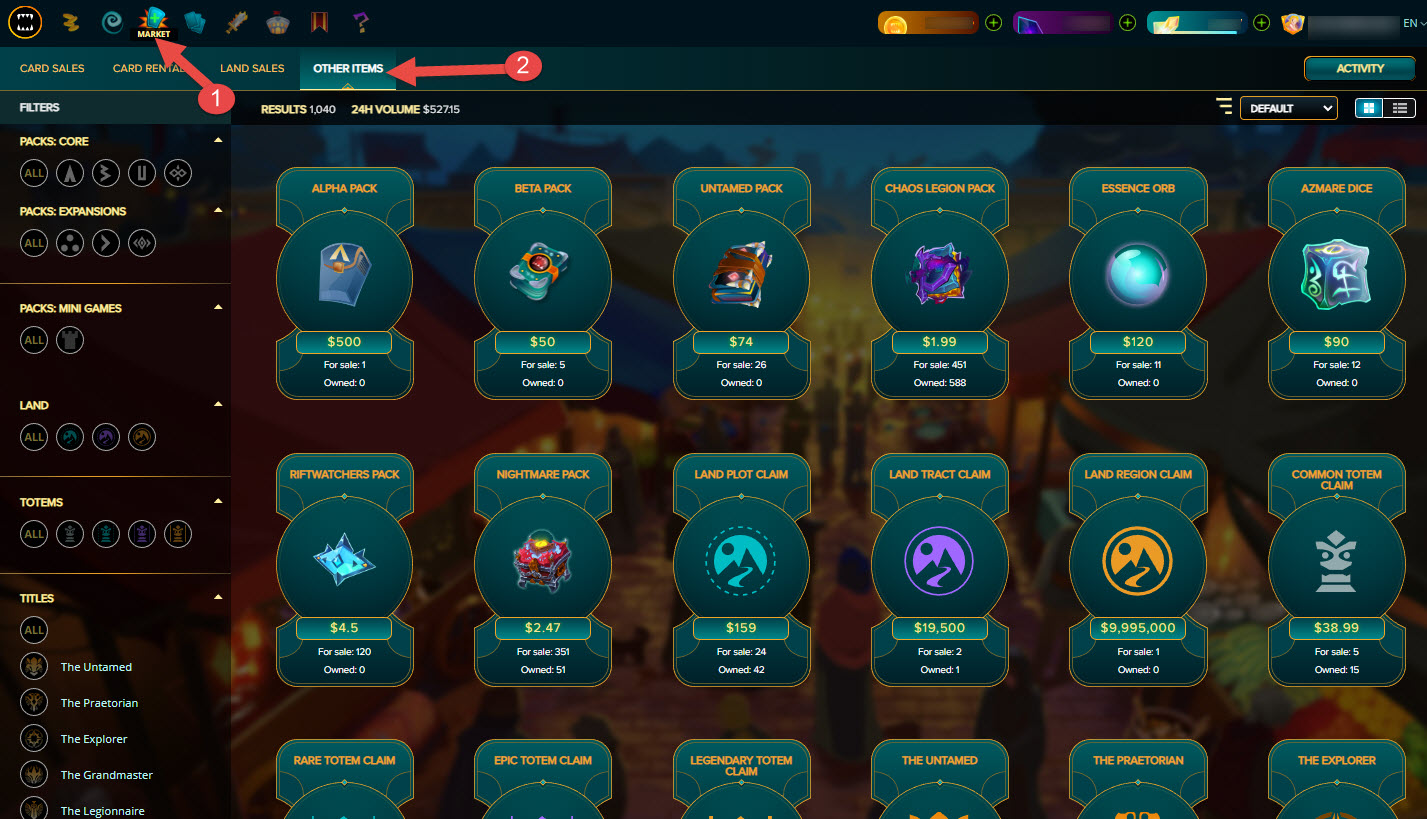 The market works by accepting both DEC and Credits as payment. Any time Credits are used to buy items from the sounds of it it's going to create DEC and award DEC to the seller.

Drilling down into each of the assets listed will show you a list of cheapest to most expensive and the price point of them along with how many. Selecting to buy it $ value in either DEC or Credits. It's important to note that the DEC is price real time and since DEC is not pegged to it's $0.001 value and is lower you'll end up using more DEC at the moment then credits which are pegged. However it's still the same $ value either way so if you buy DEC off the market it can be used to buy these assets at it's current value. 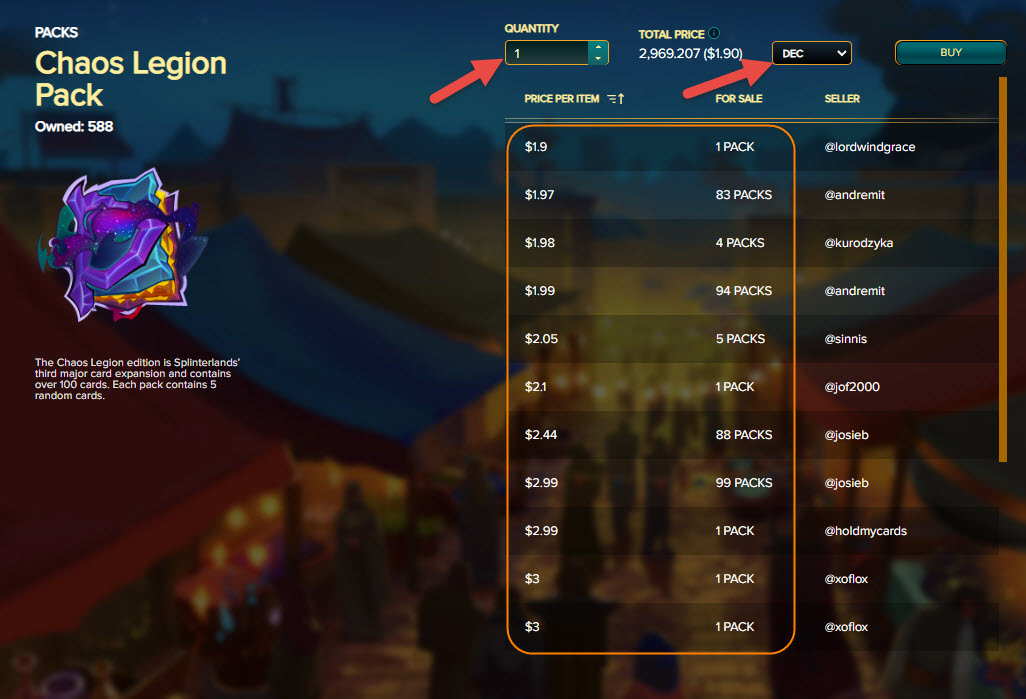 What's on the market?

Packs, Land Claims, Totems and Titles. Licenses are not counted in this market

What's planned for the future?

Currently on the list to be added will be things such as Skins and later Licenses.
It will be interesting to see if some type of swap function or if resources will be added to this market for people to buy and sell.

I think the non card market has a 5% fee on it but I could be wrong. There's no where that really shows you that on the UI as far as I can see. I'd like that to be more pominent if it is in fact a thing. But more importantly what I've never understood about Splinterlands is why that 5% fee only goes to the site owner and some of it not back into the game. Would it not make more sense to have 4% go the to the company or site owner and 1% or so goes back into the game assets value or at least the SPS value? Otherwise it's just a negative draining sink on assets over time which right now dumbfounds me why that's the case or has been the case for these last few years.

If this is in fact the case (to be fair I'm not 100% sure on it) I would like to see a proposal soon on it or when we are able to submit proposals ourselves I will for sure be pushing for one where 1% or 2% of the 5% fee collected off of markets is put back into the SPS value at least.

Sure 1% or 2% doesn't seem like a lot but for every $5,000 in trades per day which I feel is low balling it $50 - $100 would go into the value of SPS per day. Splinterlands in total has done over 6.4 million dollars worth of WAX transactions since it went live on wax. Of course that daily number has fallen to just a few hundred dollars a day now. It does have a 5% fee on it as well so the revenue per day on Splinterlands assets are very low. That being said WAX was said to always have a much lower volume then that of hive and Splinterlands directly. Since the release of the non card market we have already seen nearly $1,000 in transactions which means a 1% fee claim back into SPS DAO would have been $10 - $20 added into giving value back to the players. Again I know this sounds small but as activity increases and people see value restored to SPS the hype will return and with that more transactions which means more and more fees to fuel the price.

Also when land kicks in and renting of land along with the assets land generates start to pile up a small transaction fee on these assets that goes back into the SPS value has sheer massive potential for the game in my opinion.

What are you thoughts on returning a small collection fee back into the DAO for SPS value?

It's a feature we have waited for for a longgg time

Nice!
Wanna buy some potions? :)
Thanks for the notification
!CTP

there goes my retirement plan!
I did see that people who held onto their Untamed packs are geniuses. Worth even more than Betas on that market. I can't remember what I got for the little handful I had, but I doubt it was half of what they are now. Clever people out there

I think a portion should be returned to the game and it would also mean that there is more they could do to burn off supply or pay for some of the funds instead of releasing so many different things at the same time.

I gave it browse just hours ago. They did a good job on it. I see TD is in the MINI game section which leads me to believe other TD like games will be introduced in the future.