The Long Bear and What You Can Do 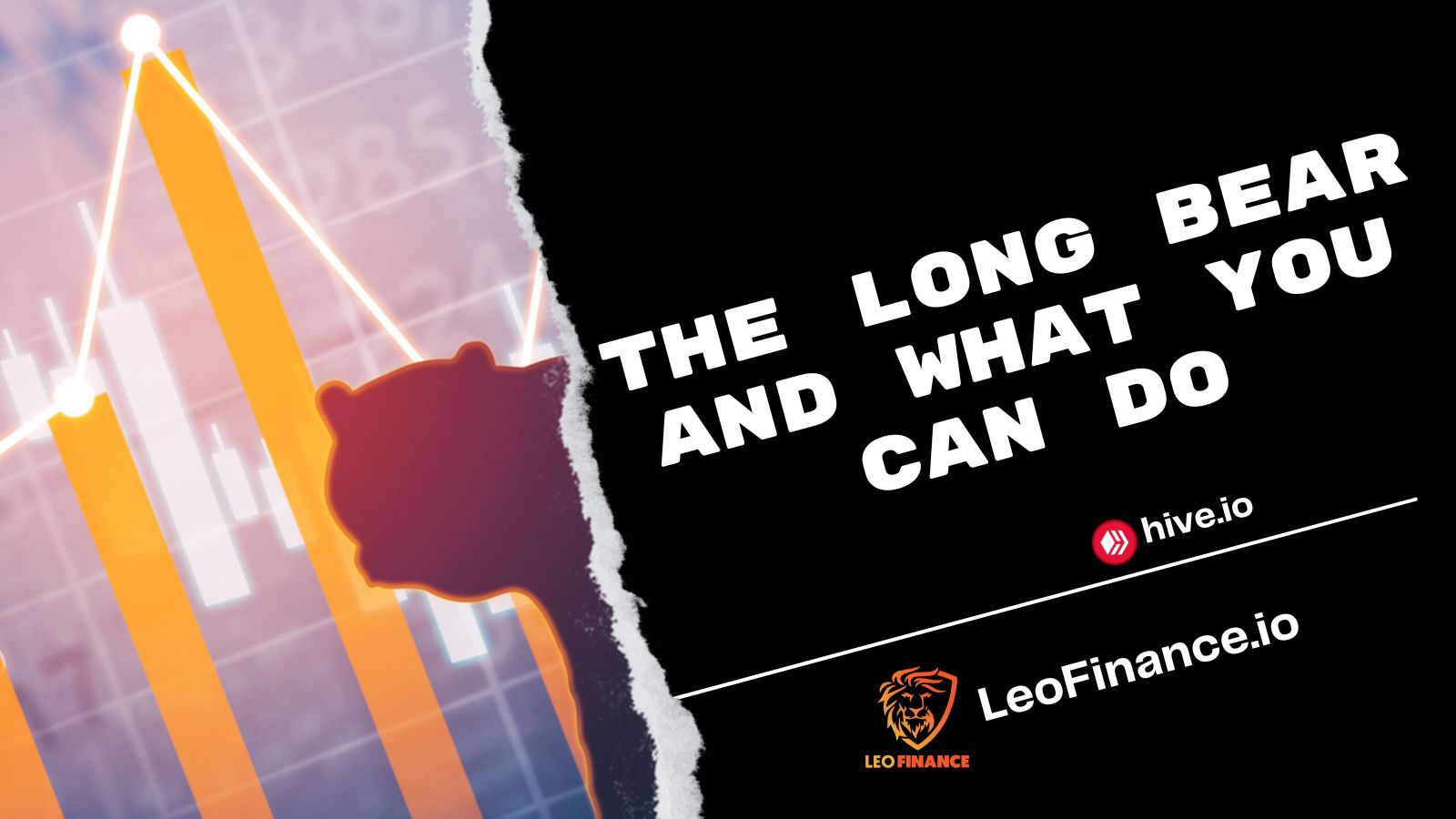 The Long Bear and What You Can Do

As hopeful as I was that we would see the end of the bear market this year and honestly things did look pretty good as the market cap started to push past 1 trillion. But then we got slapped once again by an even bigger mess called FTX. It just feels like the punches keep rolling in and I'm hopeful this was one the the last major hits crypto takes because to be honest even I'm starting to feel a little beat up and demoralized.

However there are some positive things to note.

The entire crypto market cap is now 864 Billion dollars yes BILLION which still puts it ahead of the 2017-2018 peak rally. I think that says something about crypto in general and that we have to be near the all time lows. The next question is how long the bear is going to last and I personally now expect it till at least summer of 2023 depending on inflation, the world and what the FED does with rates.

What You Can Do

If you have a job KEEP IT! As I stated in the past mass layoffs are coming and while many thought I was crazy it's not a next day thing its more of a 6 month - 1 year thing as the economy works sluggish on topics like this. It's crazy how many people quit their job recently and thought that they were the cream of the crop when really they could be replaced or unneeded. Many companies over hired, had inflated revenue and just over spent while the turn around was for sure coming. Now they have no option but to cut back and those cut backs will most likely get worse as we roll into 2023.

If you have a job KEEP IT and max out your investing. Those who have a steady income flow or even passive income now have a very huge advantage during times like these. Most quality stocks that pay out awesome dividends are now 3x lower if not more. On the crypto front many tokens are 3x or lower and in cases like Hive and leo so far crushed that buying now could prove to be a very profitable long term investment.

I know it can feel like it's all over I remember feeling that way twice in all of crypto history. The first was when bitcoin went to about $500 and wouldn't move and just sank for years the second was the 2018 bear market that lasted until 2021 and all the shiz coins and projects that launched during that time. Now we are in another and it's a pretty big mess to be honest but crypto actully remains strong. Instead of shiz coins we now have biz businesses and governments in it with all kinds of shady stuff going on. It's going to take some time to clear that all out again and for us to rebuild and get hyped up again. While Summer 2023 seems like a hype period I honestly am leaning more and more towards a 2025 bull market. But who knows the markets have done crazy things in the past as everyone now has access to funds and easy investing because of platforms like coinbase and robinhood.

What's important now is that we build and stake and grow. I know it can be hard at times like these but that's why so few do it and those few reap the rewards later.

This crypto winter is indeed demoralizing with all the implosion happening in the space. Rationally, it's a blessing in disguise because now it's economically cheaper to buy into both old and new crypto tokens.

Because to be honest even I'm starting to feel a little beat up and demoralized.

I guess you don't need to. Probably the bears takes over projects which have loop holes in it.

If you have a job KEEP IT!

Check mate. I don't... I will manage to survive somehow. So far Hive has been a life boat.