Threads Is About To Take Off Be Ready! 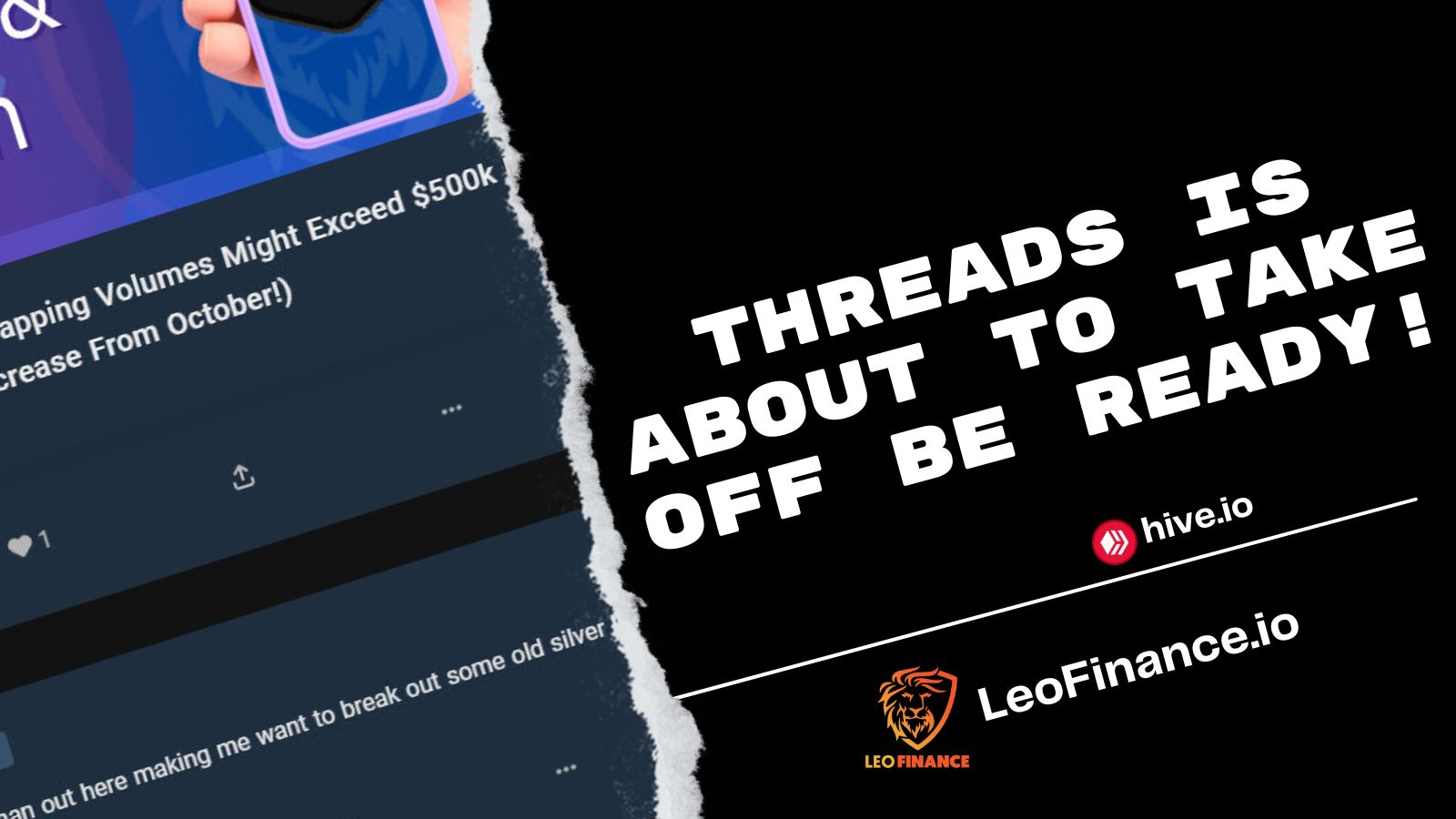 Threads Is About To Take Off Be Ready!

Personally I see major possibilities with the introduction of a twitter like social aspect built on to the hive blockchain. In fact I myself have been stocking up on the LEO token heavily since the announcement that LEO is going to be the solo token now for the all in one app for LeoFinance.

It's one of the single apps coming to hive that has the real potential of driving thousands of new users to LEO but also HIVE. However for the most part these people are going to be one of two things.

The first they are simply going to be on the platform because they enjoy it and enjoy the interaction and the content. The wont really adapt into using the LEO or Hive tokens unless of course they are introduce to other applications that use hive they are interesting in such as the gaming space.

The second will be content creators who will do one of two things. Either use it as a exit point to earn some money or two stake some of it and interact with their audience through votes and content playing a very integral part into how the system really should work.

Ways To Get Ready

Right now you have the chance to pick up LEO for some rather low prices. By holding LEO you essentially have authority in the platform including partial passive income revenue in LEO tokens by having it. You'll be earning curation rewards on threads through both posting but also by curating of those posts. It's going to be a little odd at first seeing how this is going to work with the traditional system but it's one I'm eager to watch unfold.

On top of stacking LEO I'd also recommend powering up some hive if you're under 100. That's because you're going to need hive in order to to post comments and interact heavily on threads and as it increases in demand the cost will most likely increase.

These small but important steps will keep you ahead of the curve the Threads starts onboarding thousands of new users.

Above all else I have to say you'll want to create engagement and engaging content. Just like you want someone commenting on your posts you need to interact back. It's a time consuming process trust me but it's one that builds a strong supportive following that continues to come back to support you but also use LeoThreads which supports everyone and the value of everything attached to it.

There will be two primarily pushes by myself in terms of content and building engagement those will be finances, economy and crypto style news but more importantly discussions, insight and the thoughts of others. This was and is my primary goal on LeoFinance itself however there's another side of me and that's

I see gaming on Hive and the onboarding of people to hive through games including the interaction between players and content around that to be a huge possibility.

This token will have good success like hive has! how to know if even more successful

I'm glad I'm not the only one who is super excited for these LeoFinance updates.

This upcoming rebrand to focus on Microblogging has the potential to catapult Threads into the mainstream spotlight.