What Makes Hive/Leo Awesome Compared To Others 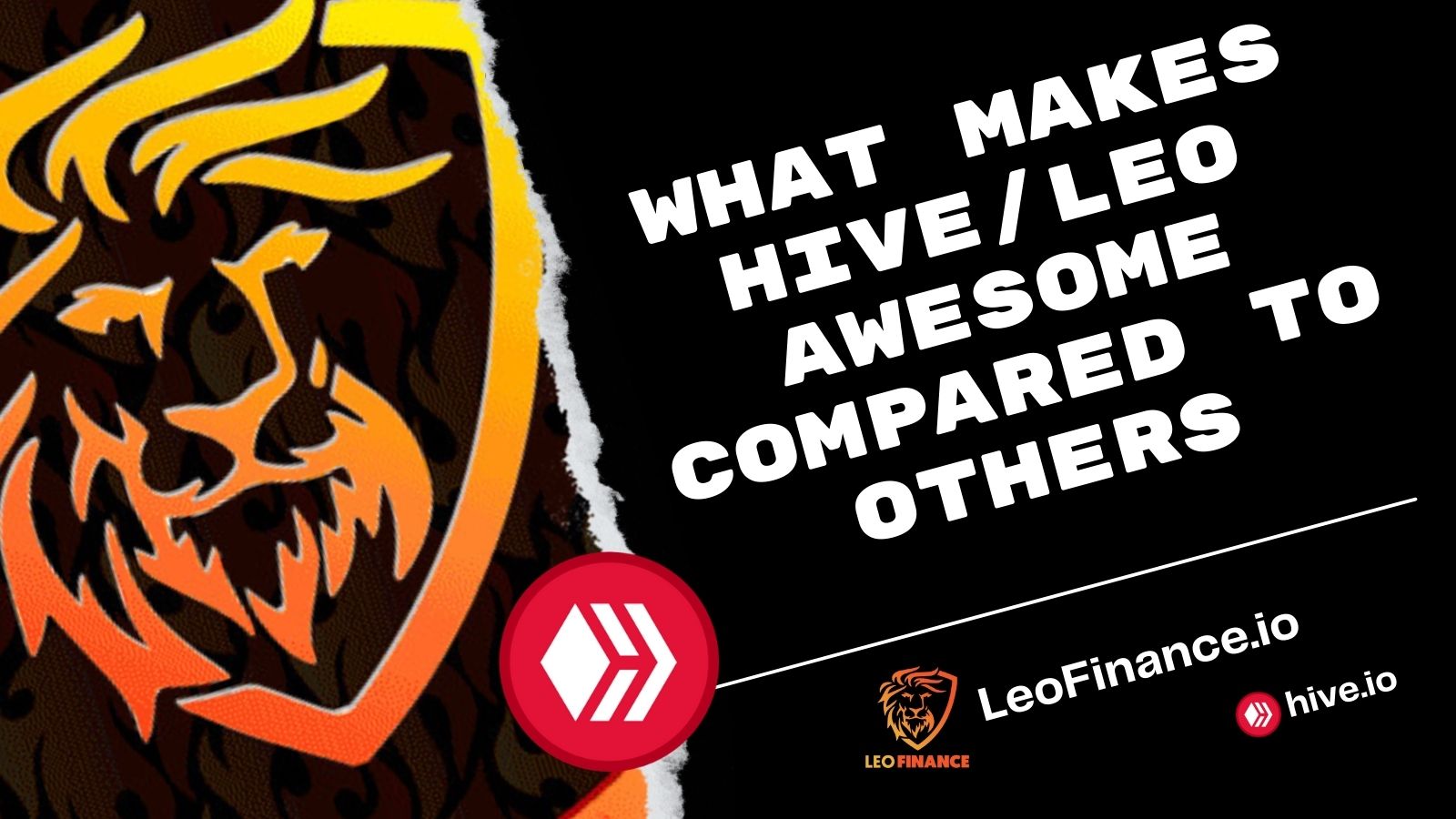 What Makes Hive/Leo Awesome Compared To Others

For myself I've always felt hive and leo were in front of the game leading the way and totally undervalued. Hive offers a lot in itself in terms of a blockchain and how it operates and LEO the layer two token of hive expands on that. Let's take a bit of a deep dive into both.

Hive was born out of a hard fork of Steem it took everything good from that platform and made it better. While it still has it flaws as any system always will it offers some serious benefits.

One of the first big benefits is using resource base kind of like how WAX blockchain does. By staking or "powering up" tokens on the chain you get resources to use on the chain. This is what makes gaming powerful on Hive as you're no longer paying for every transaction on the chain and instead own part of the resources from your powerup to be able to do so. It's fast and very cost effective. Some of the most popular games ever are launching on Hive and more are coming. One of the largest is a game called Splinterlands

Hive also introduces a number of other effective measures to it's platform in the form of HBD which is a decentralized "stable coin" which currently earns 20% APR when added to your savings account. This locks it up for three days. It also offers a roughly 3% APR on Hive powered up. So you can earn on both passively simply by holding on to it.

It also offers up a proof of brain concept. Where voting on articles somewhat like medium where others can and vote on the articles you write. By doing so you earn a curation reward by helping the platform determine what quality content is and what you enjoy yourself.

Leo expands on this into all new areas which hive has been a little slower to adopt.

Through defi it's launches two successful applications so far those being CUB and PolyCub these also have integrated hive tokens in them allowing for Hive to act in defi applications on Ethereum, Binance and Polygon(MATIC).

LEO also expands into other areas and continues development into what Hive could become for web 3 and decentralized social applications. One up coming project is called Project blank which is said to have a twitter type style feed which will reward posters and curation through short form content.

All of these are simply the start of something big when it comes to Hive and LEO. With the recent down turn in the markets now is simply the best time to get involved and start stacking so you're prepared for the next rally.

You are absolutely right. There are many things that can be done on this platform, engaging and interacting on social media should make us free from all advertisements.

Everyone only sees what they really need, right? But what happens is that all the time they are stuffed with what they make and they make money for it.

You are lucky here. You are free to do whatever you want.
Have a nice day

It's been so long that I forget about the project blank.
The airdrop should create a lot of buzz!

I am still waiting for Project Blank and I really wish there weren't so many delays on CUB/PolyCUB.