This time I'm going to show my second play of Call of Duty: Ghosts where I completed a mission: Ghosts: Atlas Falls. I streamed the gameplay with gamecaster streaming software.

This mission was about sabotaging the Atlas oil platform as a diversionary tactic. 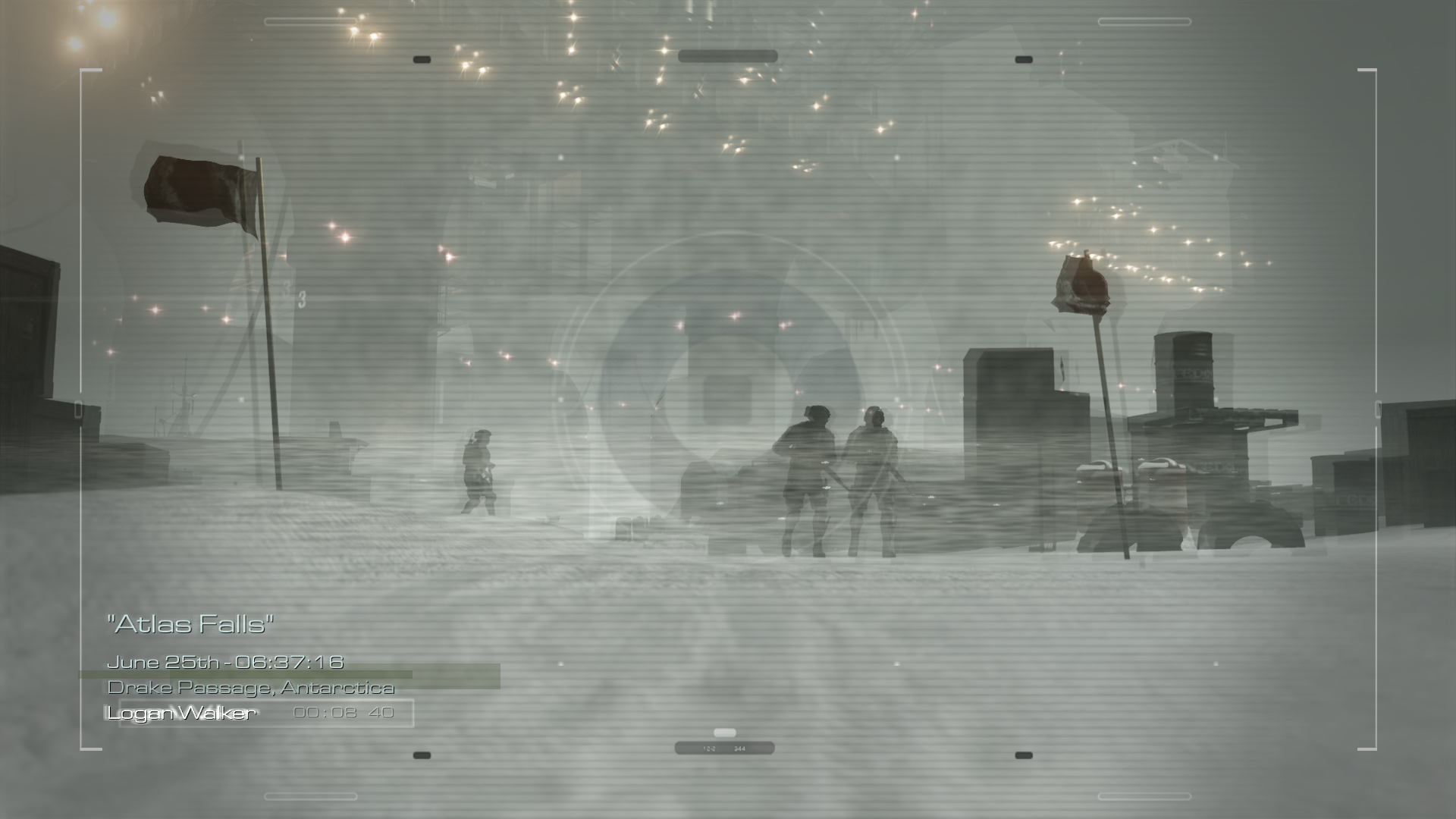 It was at Drake Passage, Antarctica at June 25th and it was Logan Walker whom I got to play the mission with. 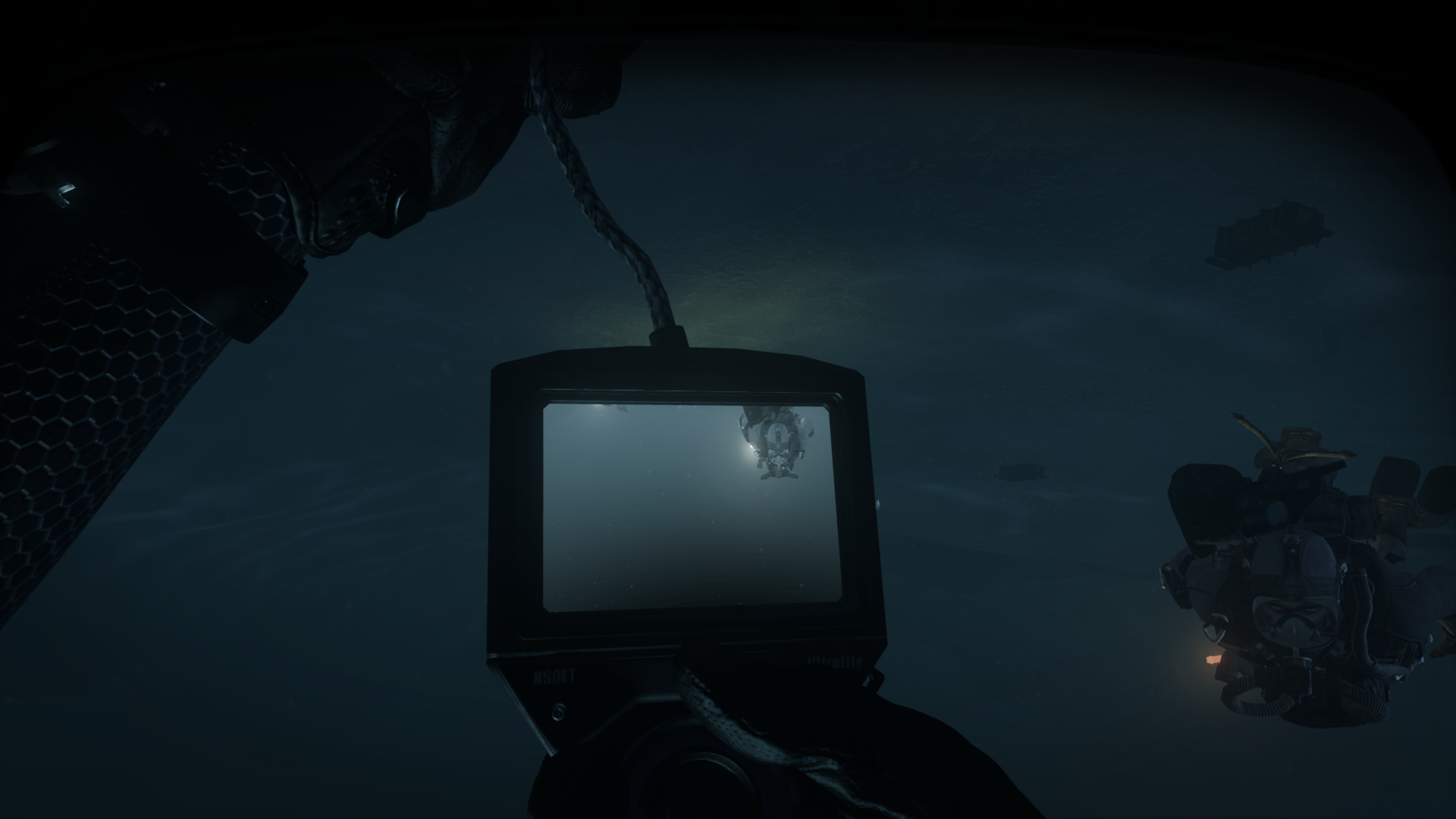 Logan Walker was using a camera from beneath under water and checking out the whereabouts of the enemy soldiers there. 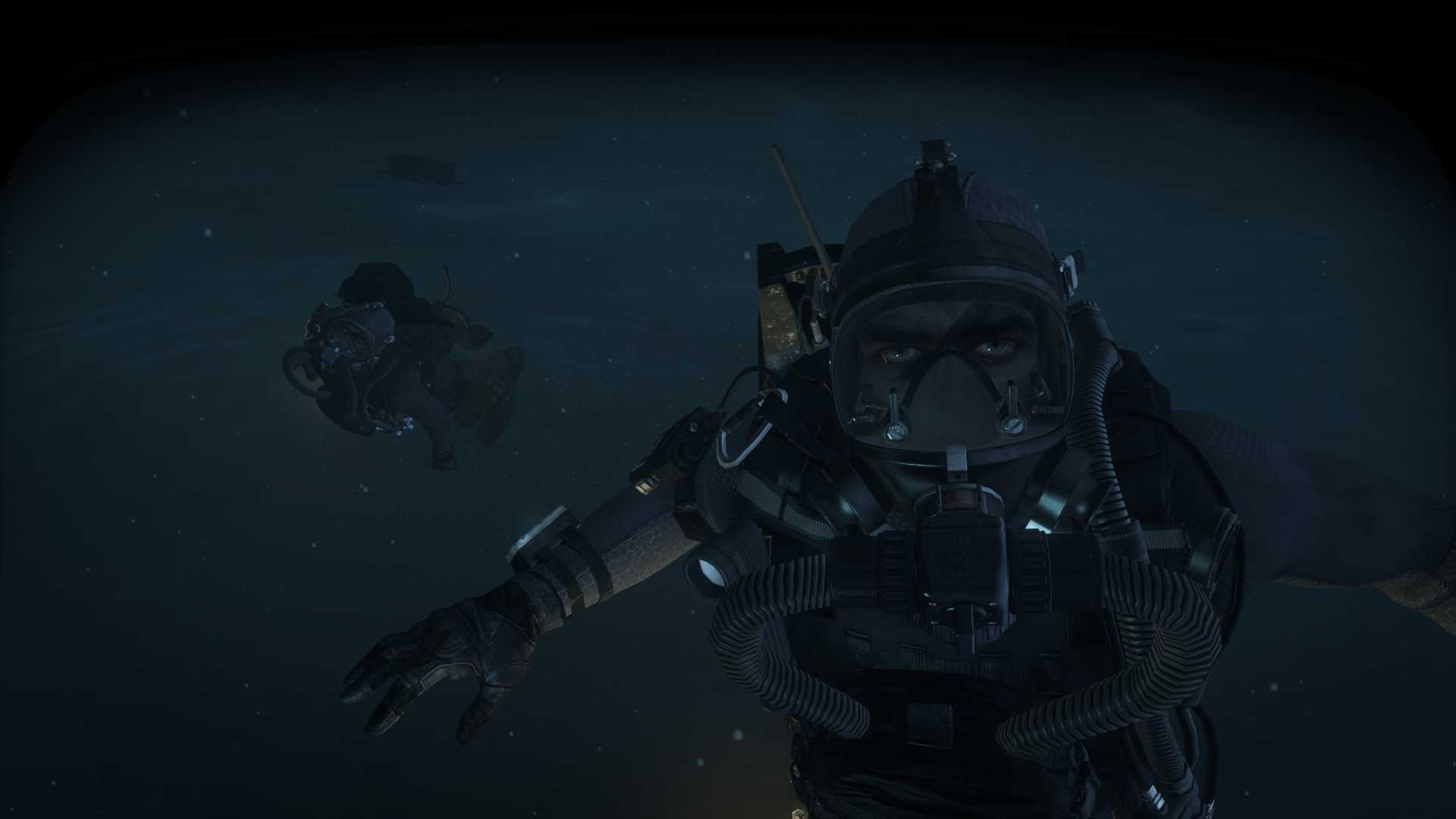 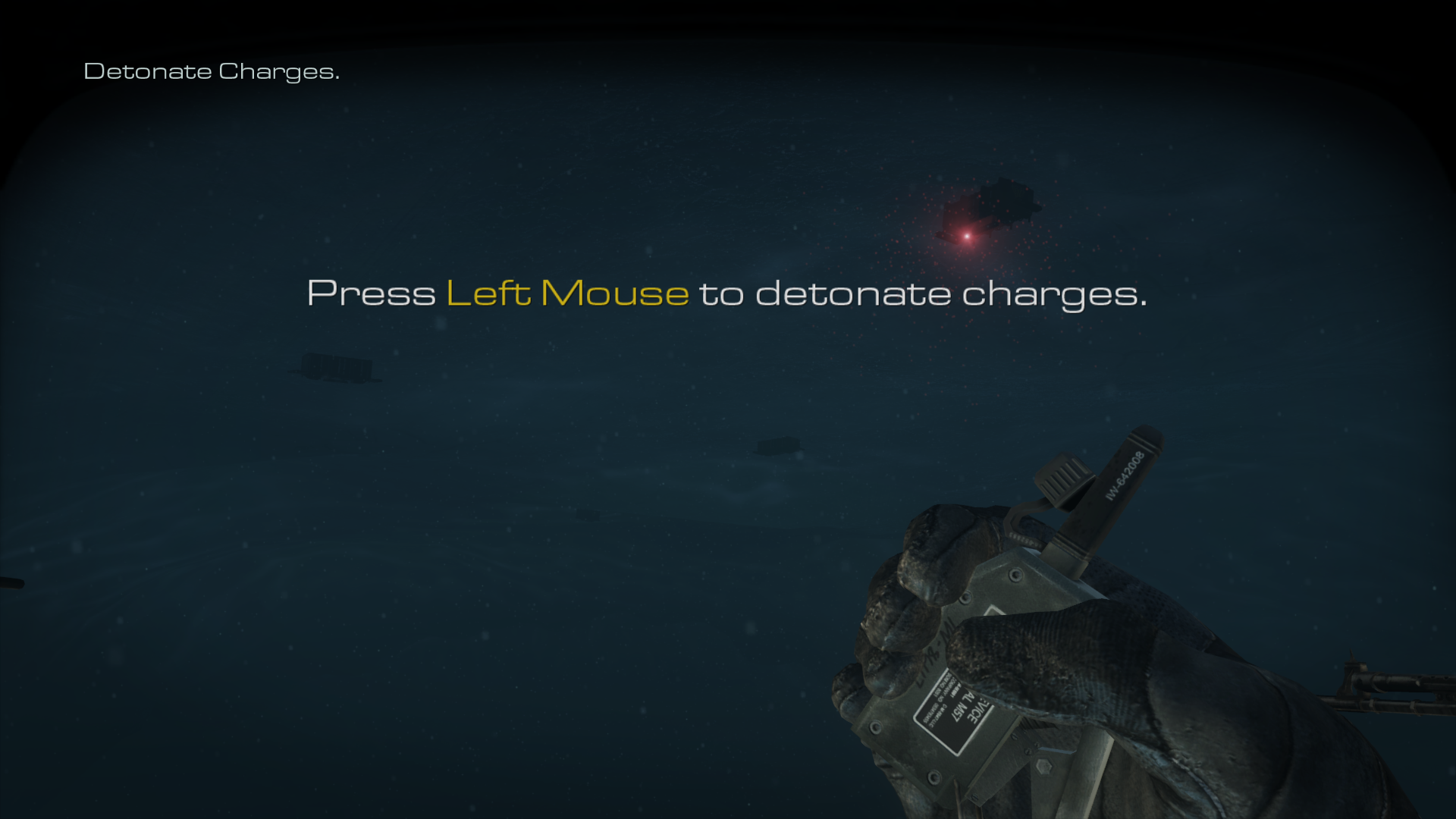 After checking out carefully, I had to detonate the charges and I did it. 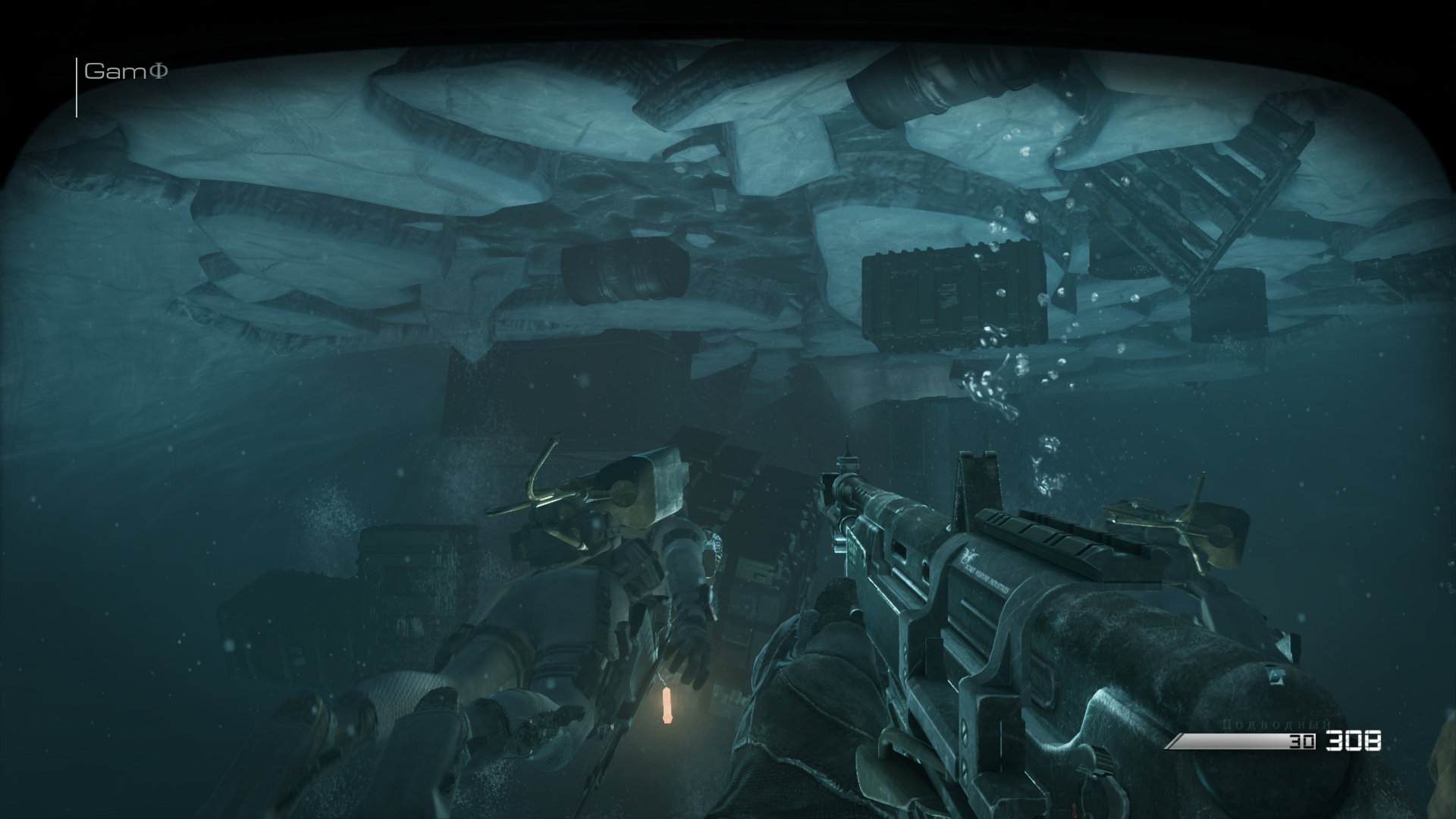 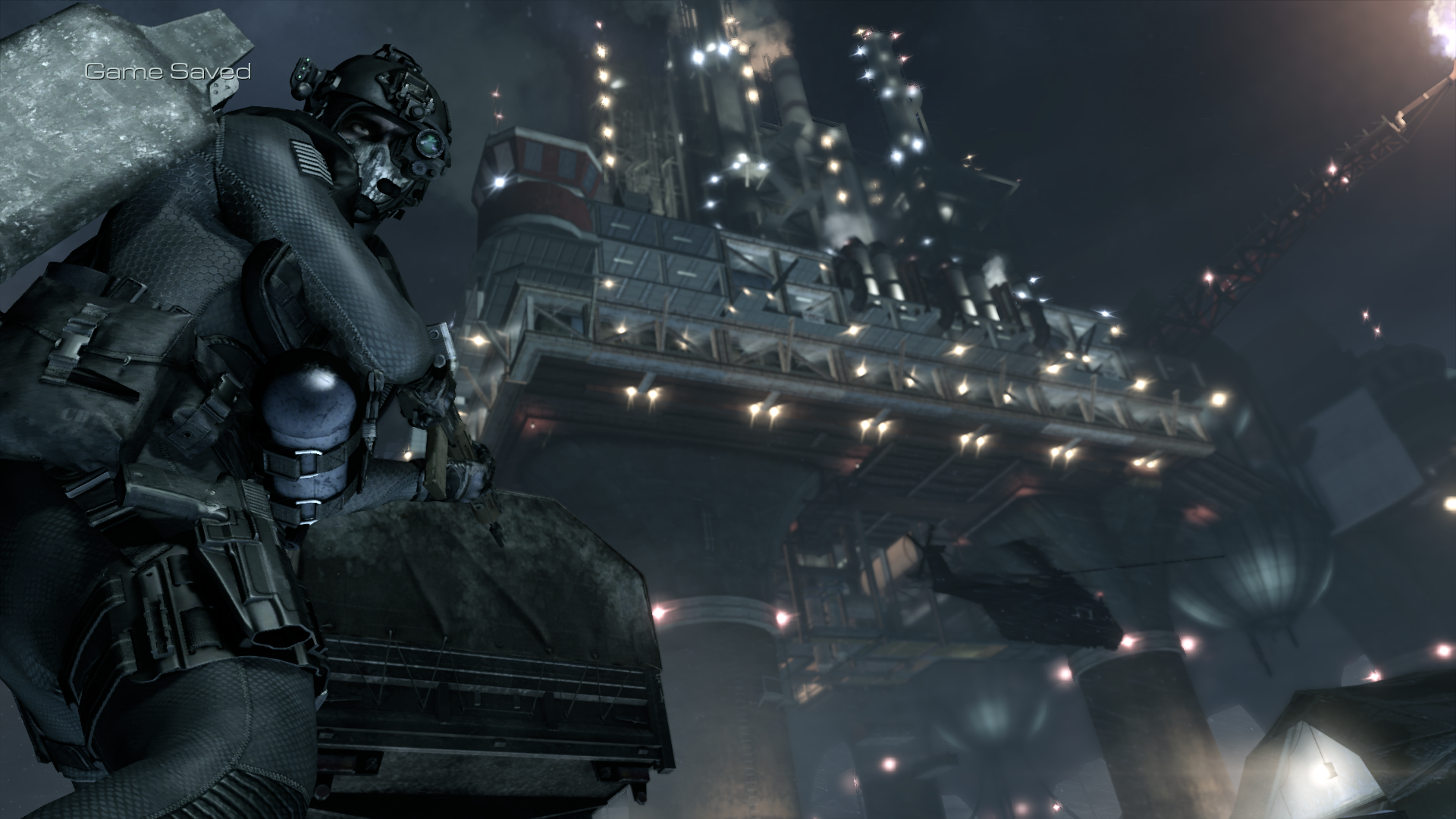 Then we climbed up and it was like a mini war there as enemy soldiers started shooting us continuously. And we shot back and killed all the enemy soldiers there. 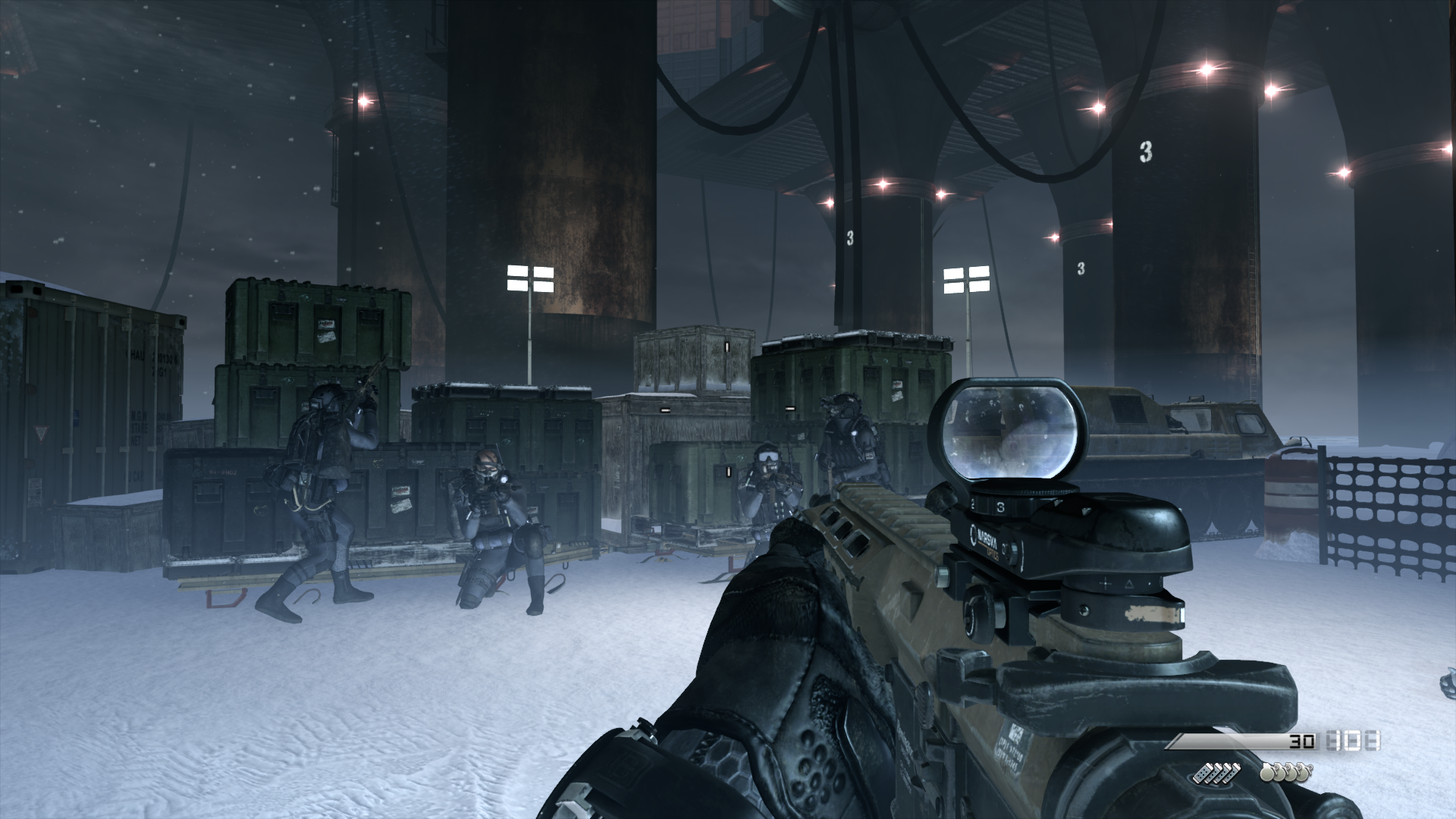 Then we had to climb up to the above contractions from where we can continue to our mission. 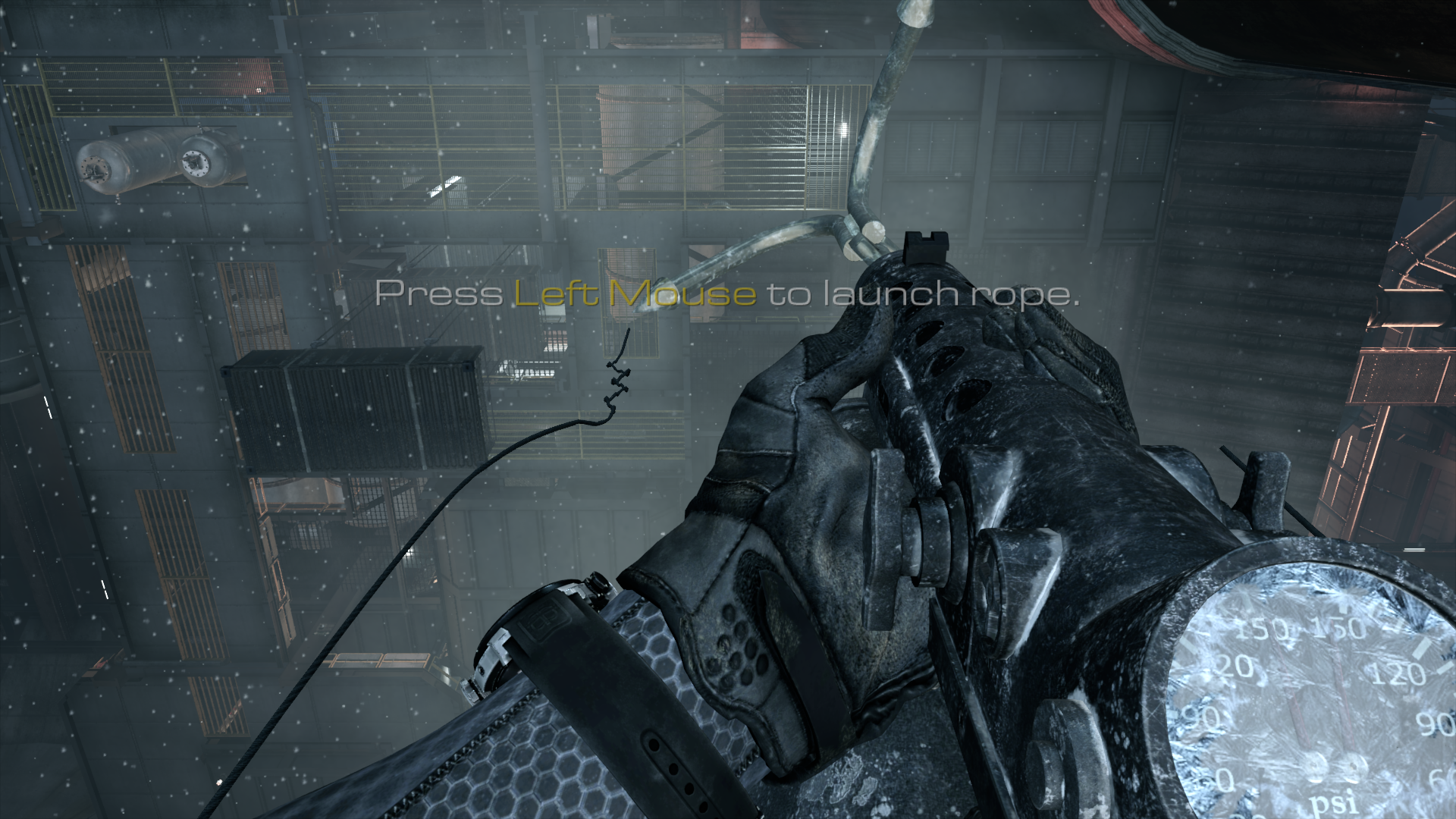 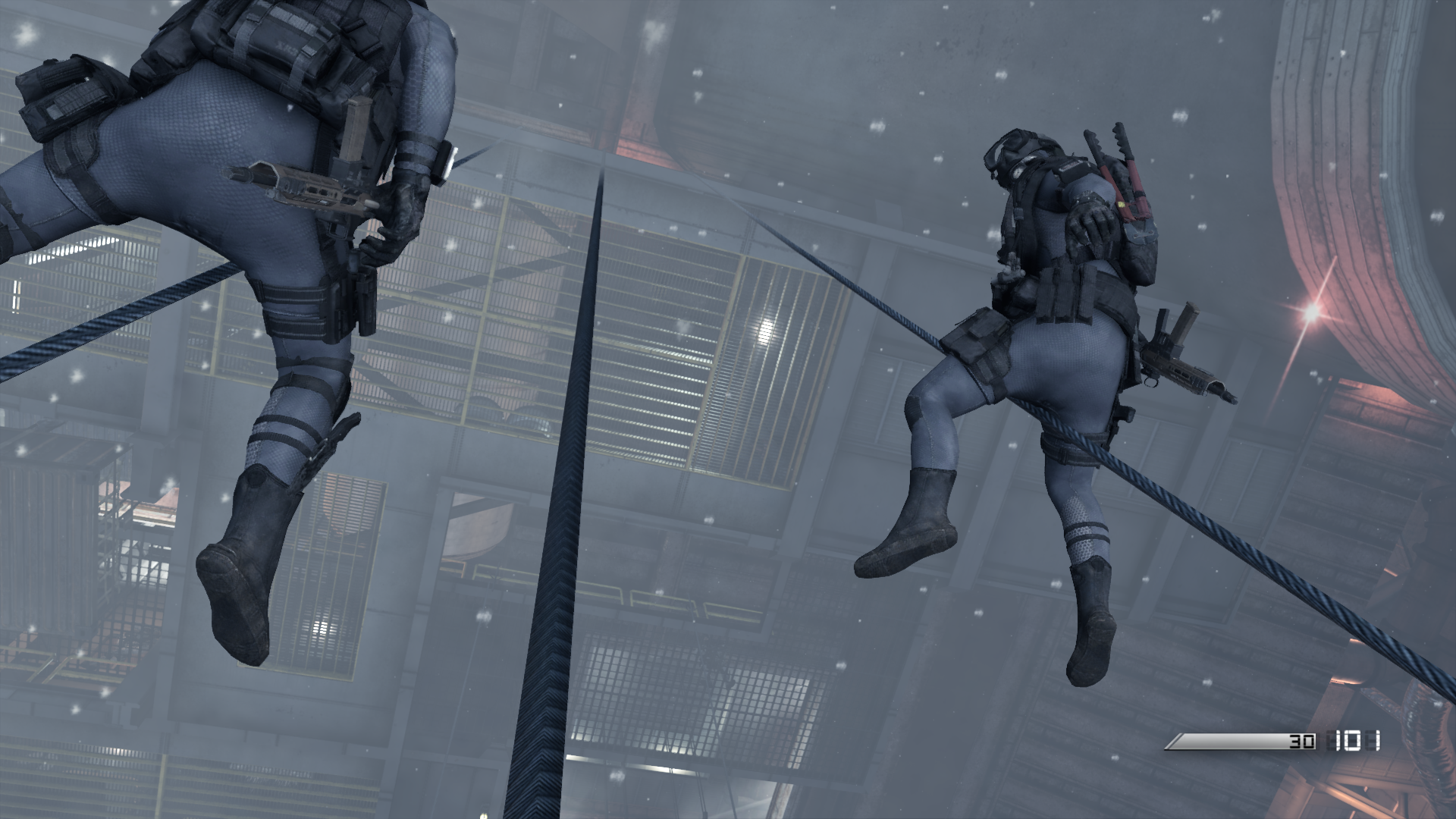 Not only me, all of us launched rope to climb up. It looked good and I like such missions.
There were some enemy soldiers waiting for us there on the upper surface and they started shooting us before we could land there.

Then we killed them all and after we walked through a stairs, we've found a vault alike door and our teammate Hesh blasted that door open.

Then we kept looking and checking for enemy soldiers while we were moving forward and it seemed like the inside men were unaware of our arrival. 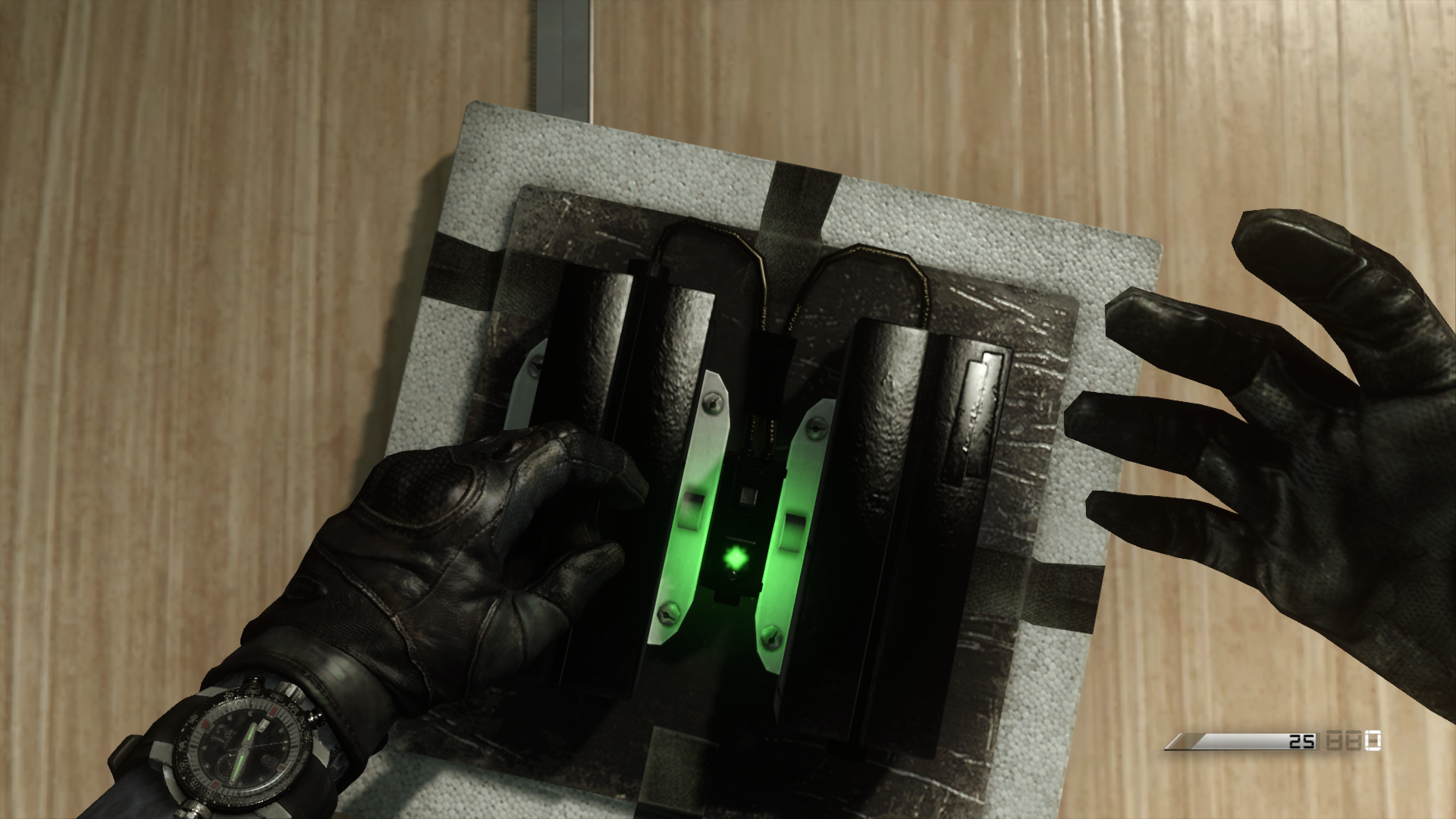 After checking some rooms, there was a door where I needed to plant a bomb.

And the door was busted open and there were enemy soldiers waiting for us and started shooting us right after the door blasted away. There I lost all my ammo so I had to exchange the weapon.

Then after killing the enemies there, we kept moving forward and there was a door to open and one of our teammate was advising us not to shoot as we need the foreman alive but I didn't notice that and I killed the foreman so the mission was a failure and we came again from the checkpoint. 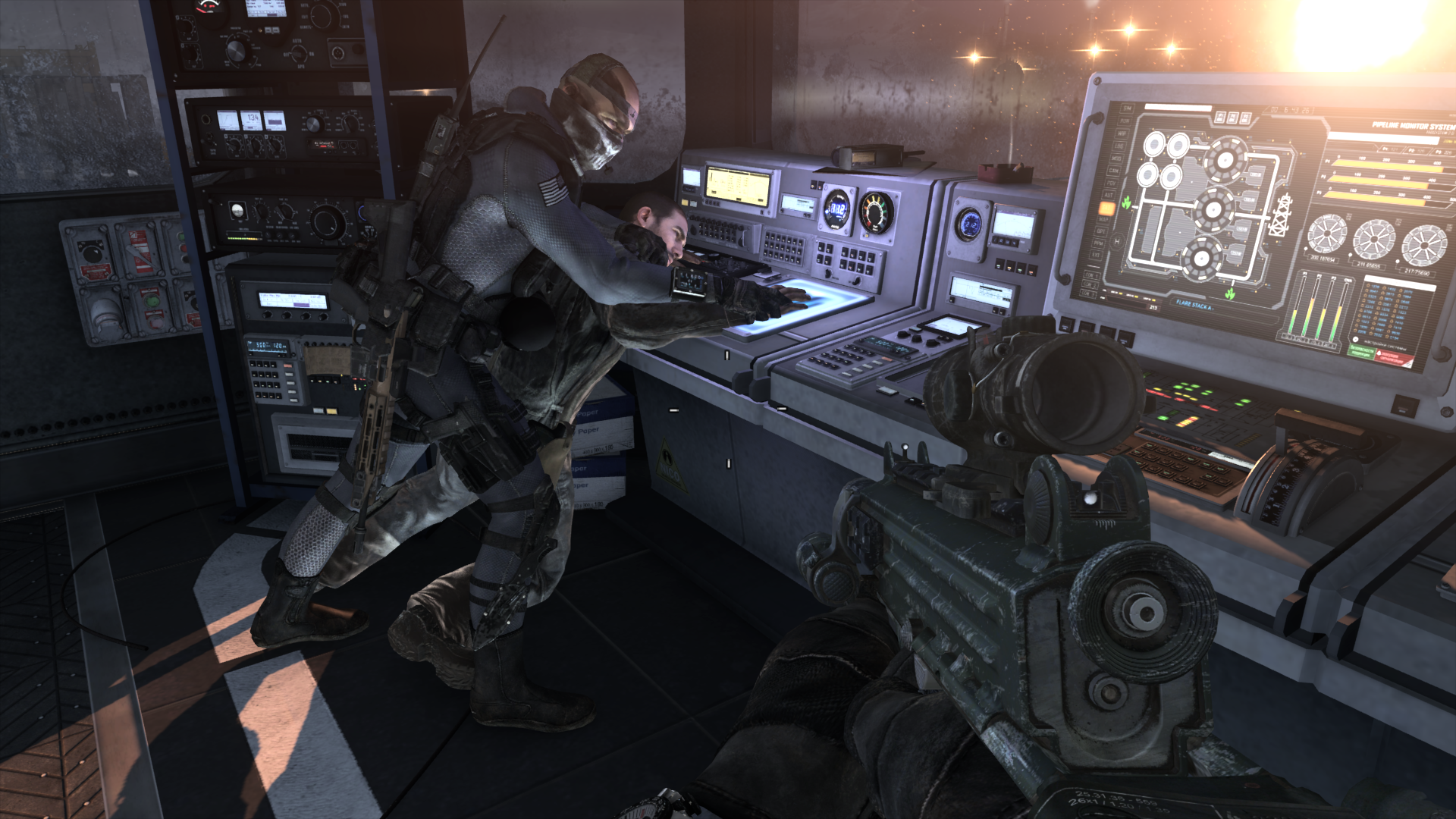 There was the foreman unarmed and our teammate Merrick bashed him up and used the hand of the foreman to unlock something and then asked me to shut off the pressure regulators. 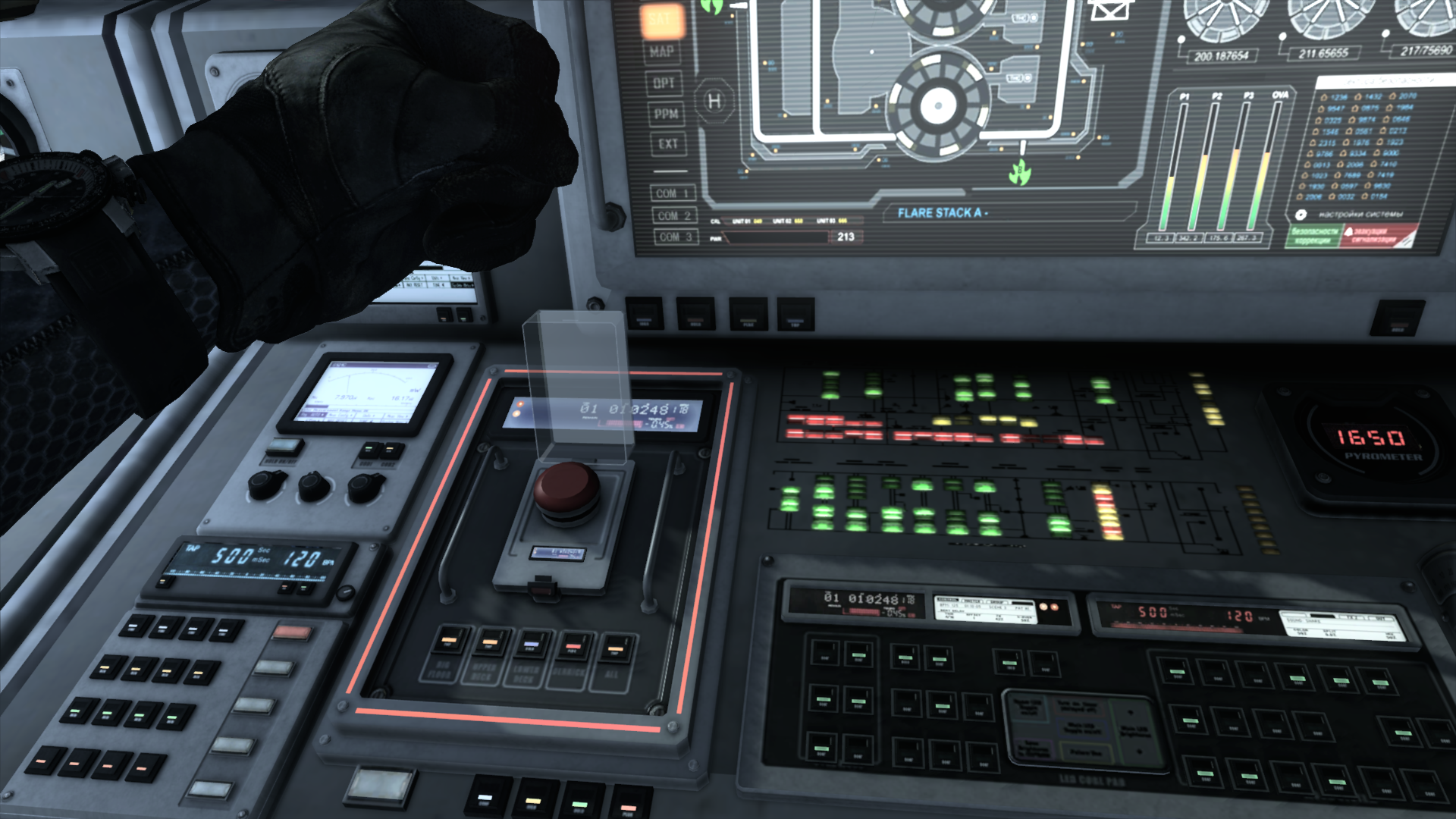 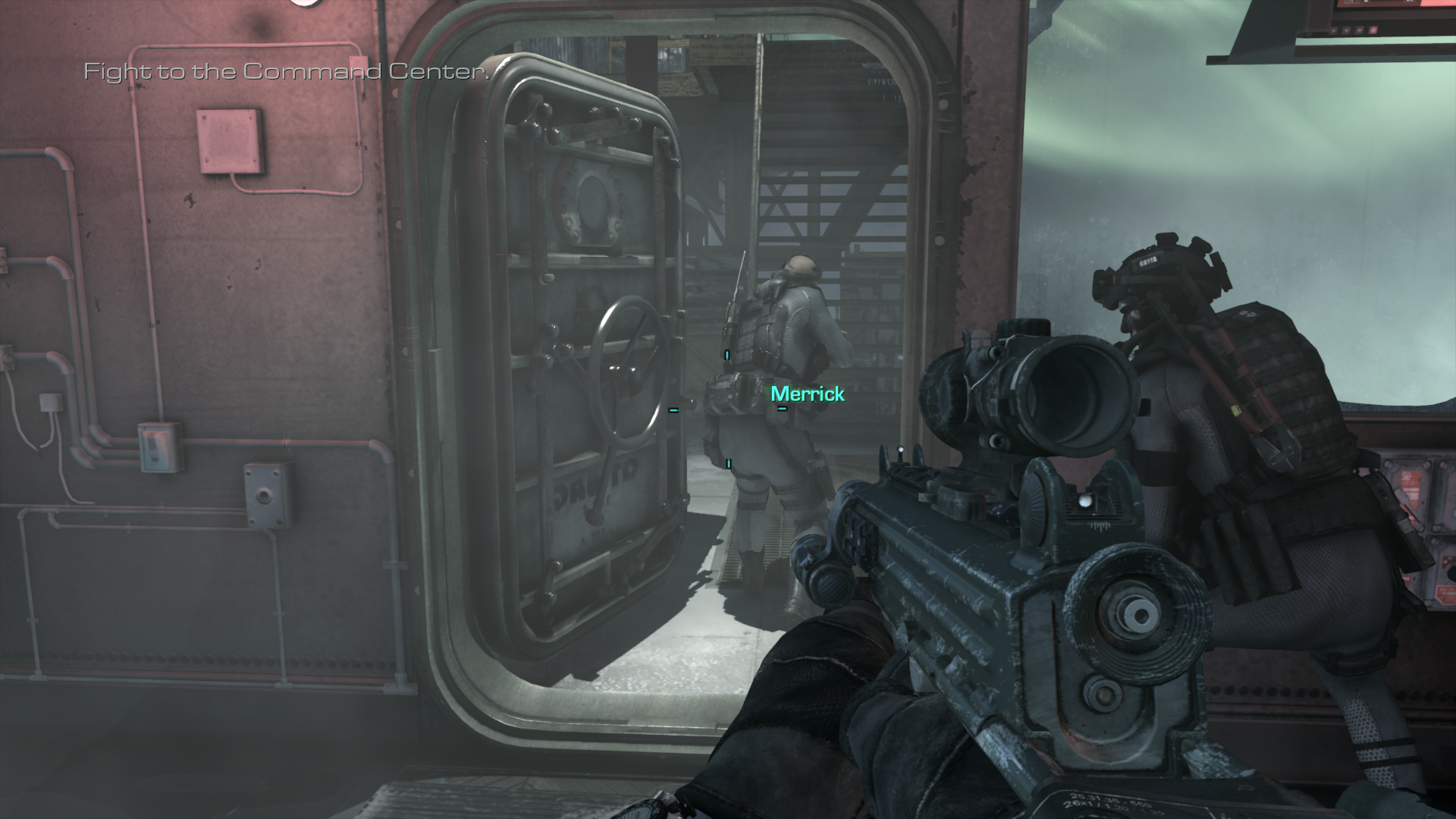 Now we had the objective to fight to the command center where we had to kill a lot of enemies. 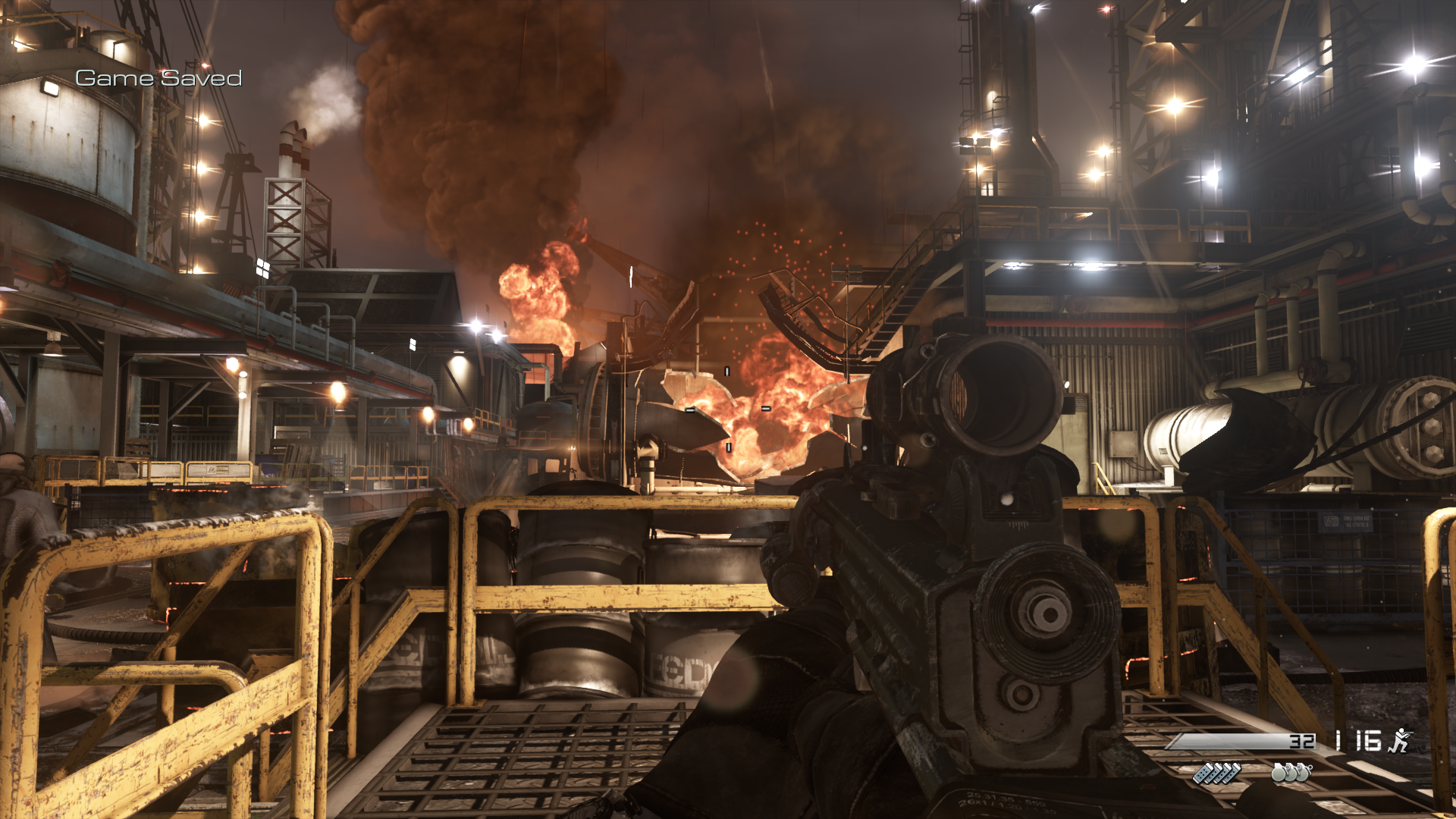 Then there were more blasts and we had difficulties cause there were gas leaks on the way as well where we had to walk crouching so that the gas doesn't affect us. 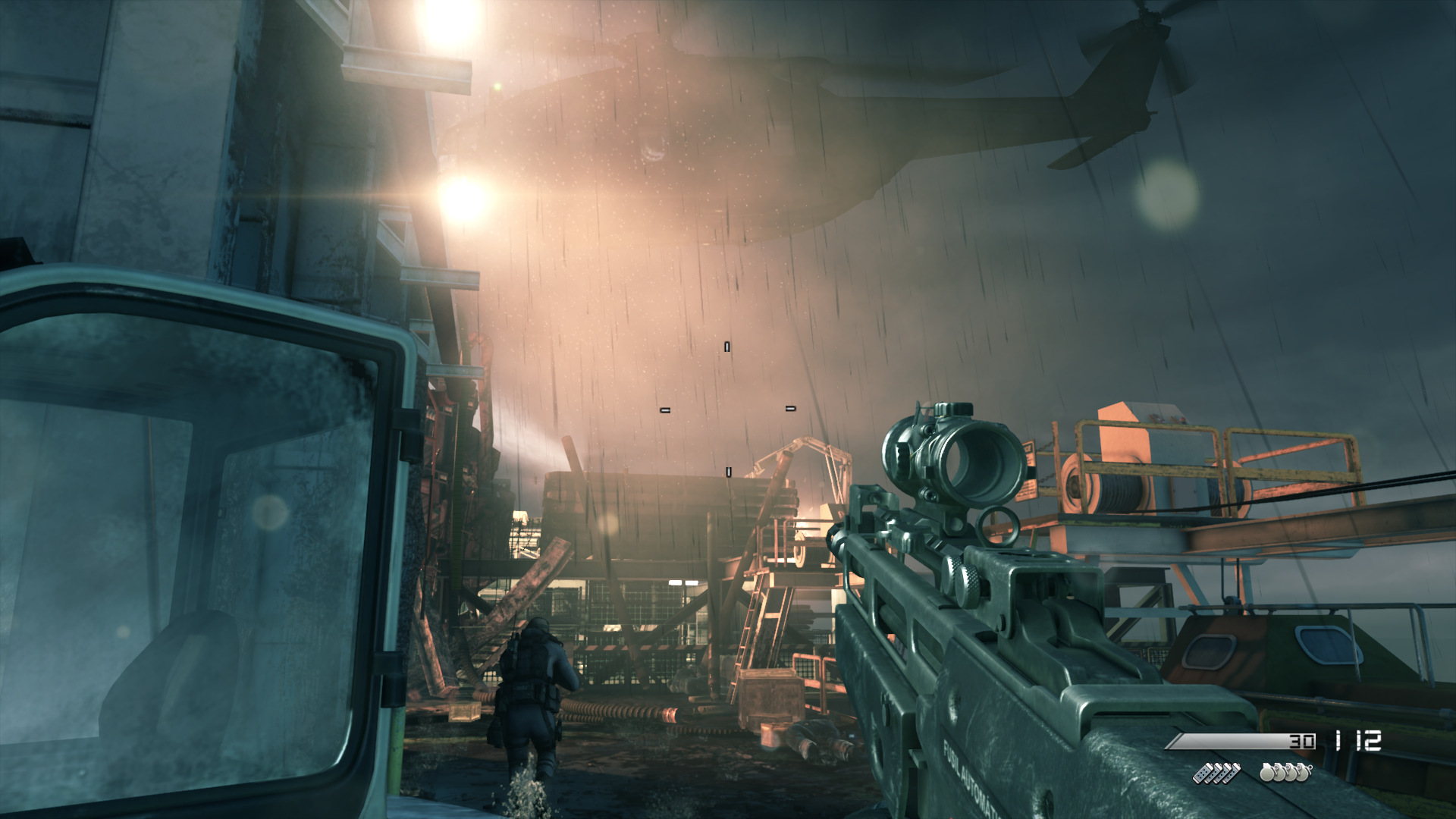 Then we went to the rooftop where there were some enemy soldiers and I started shooting them and suddenly we had backup shooting from a chopper.

After killing the enemies there, we kept moving to the next and final location. 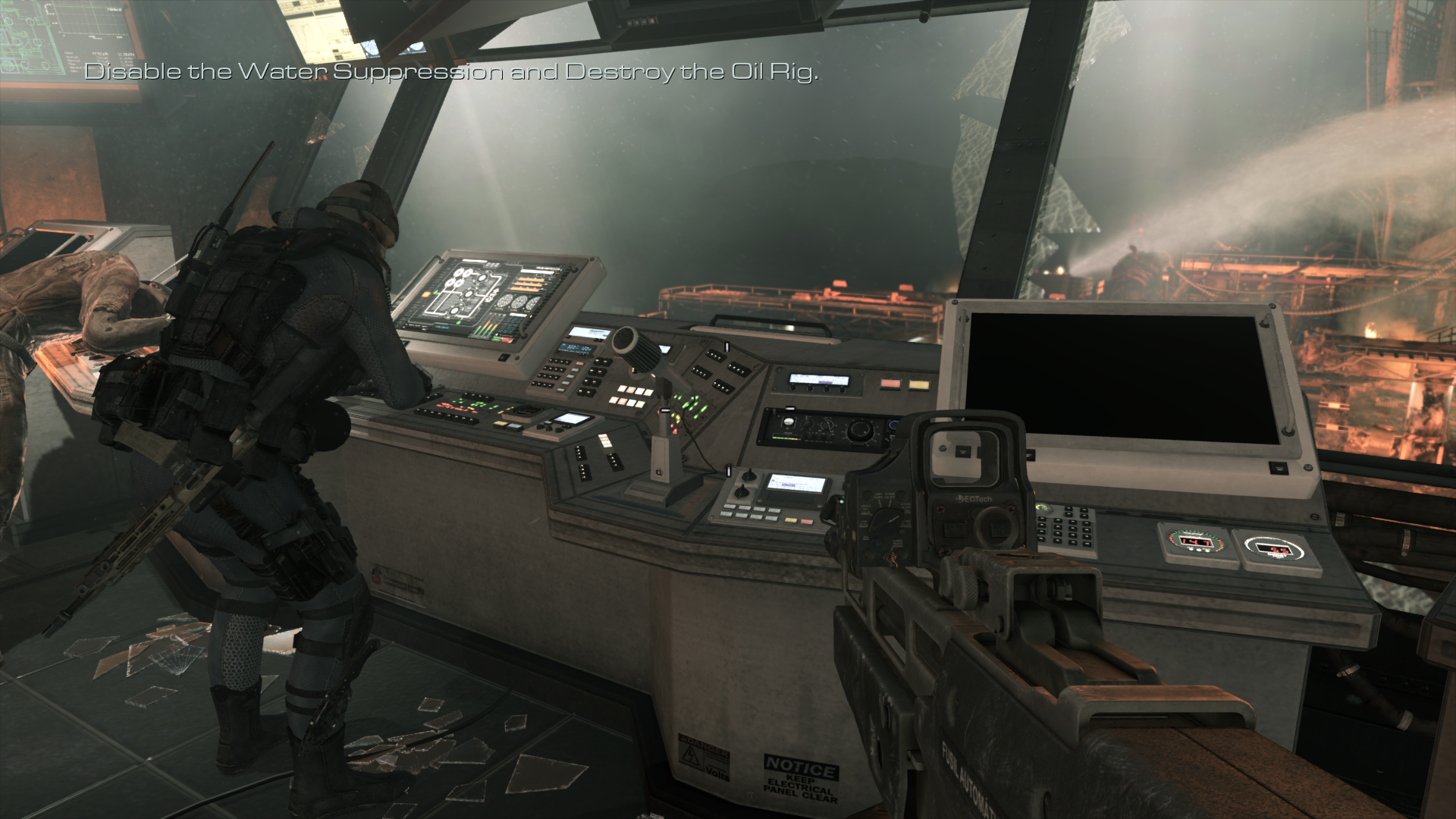 We got to the main command room from where we had to disable the water suppression and destroy the oil rig. 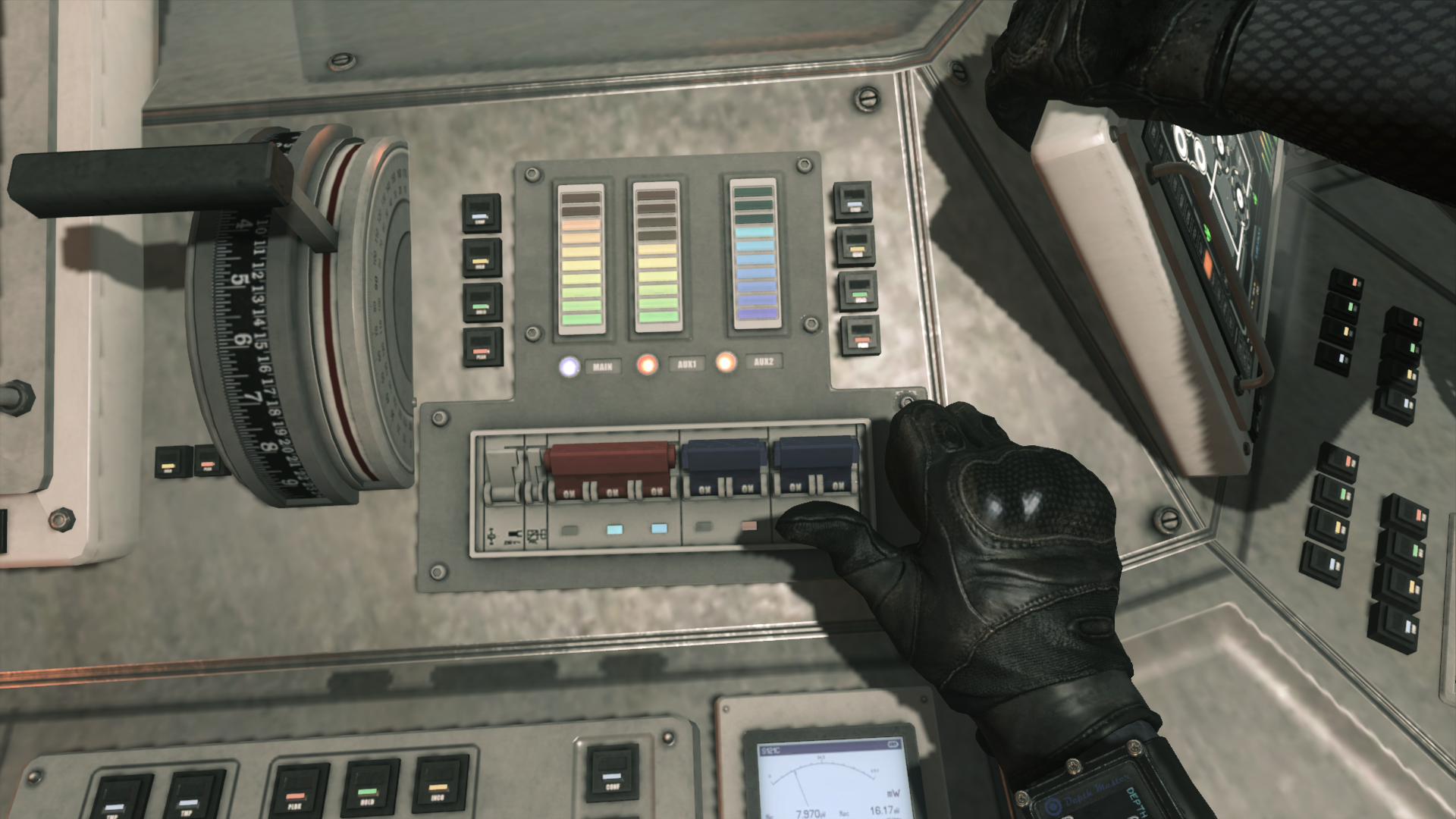 I had to control the console and keep the water pressure in the green but I failed for the first time but I didn't fail at the second try. 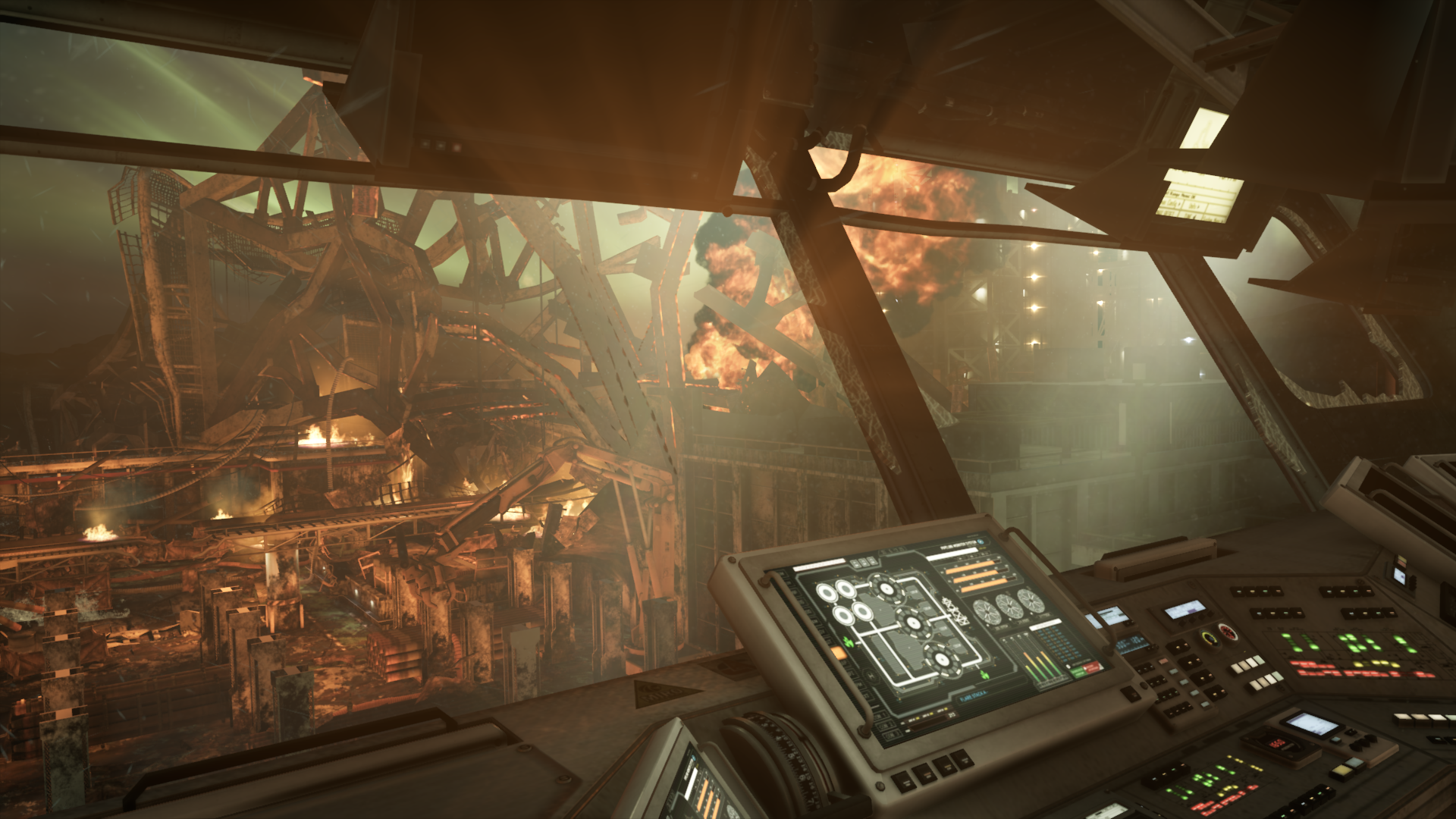 And the oil rig was successfully destroyed after this.
Our main mission here is completed. 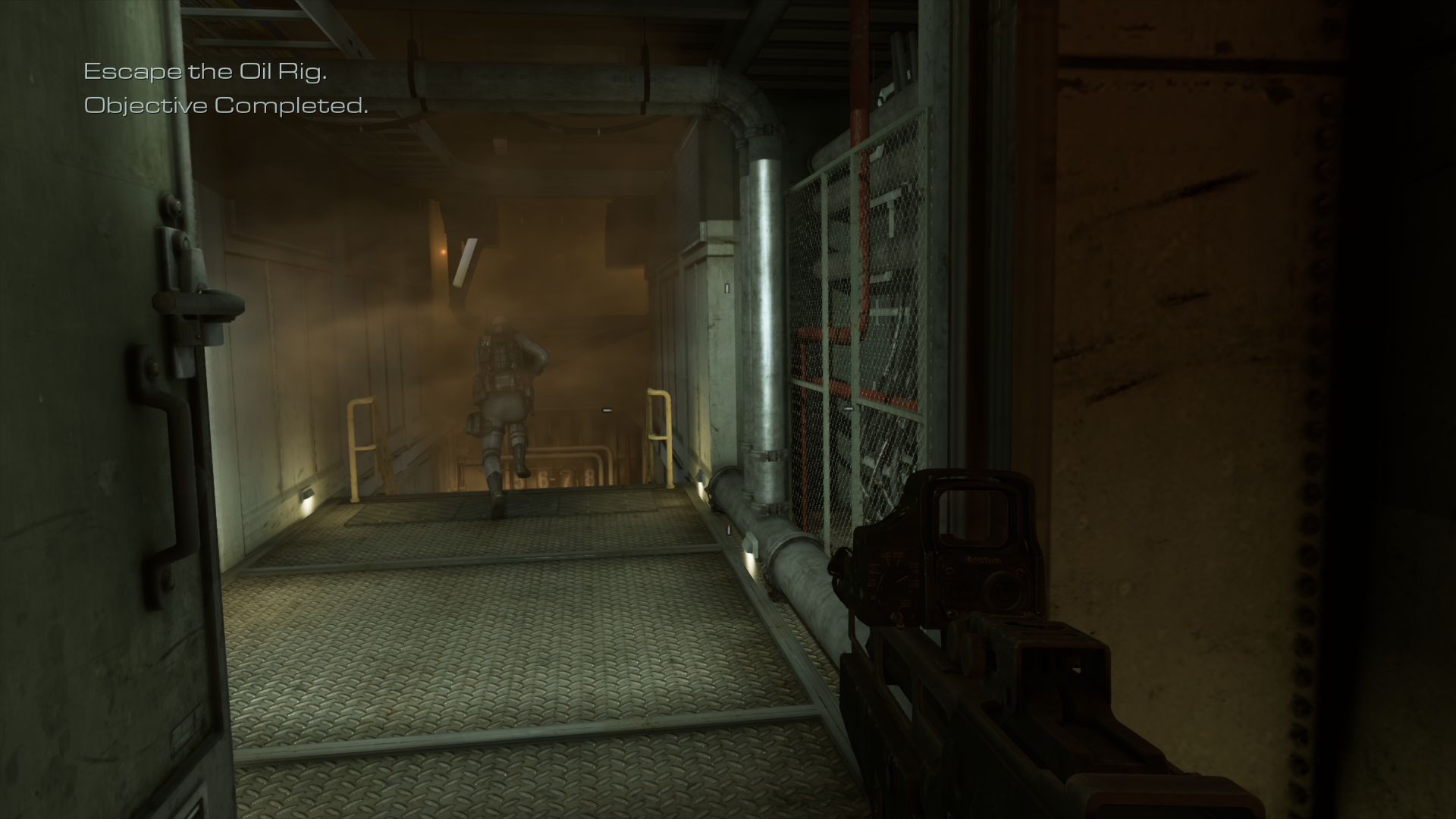 Now we had the final objective to escape the oil rig alive. 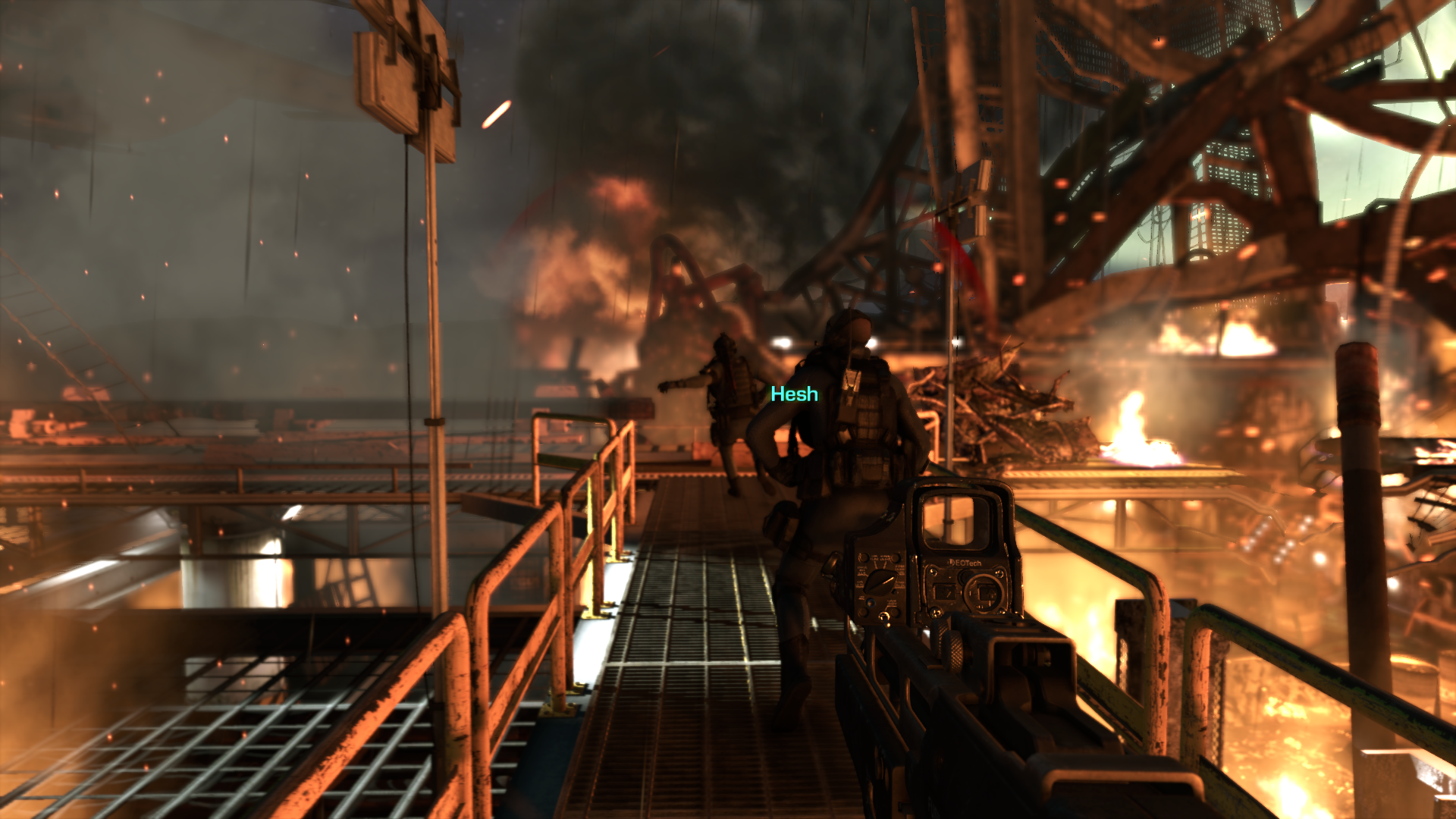 And we started running to save our lives towards the chopper that was waiting for us. 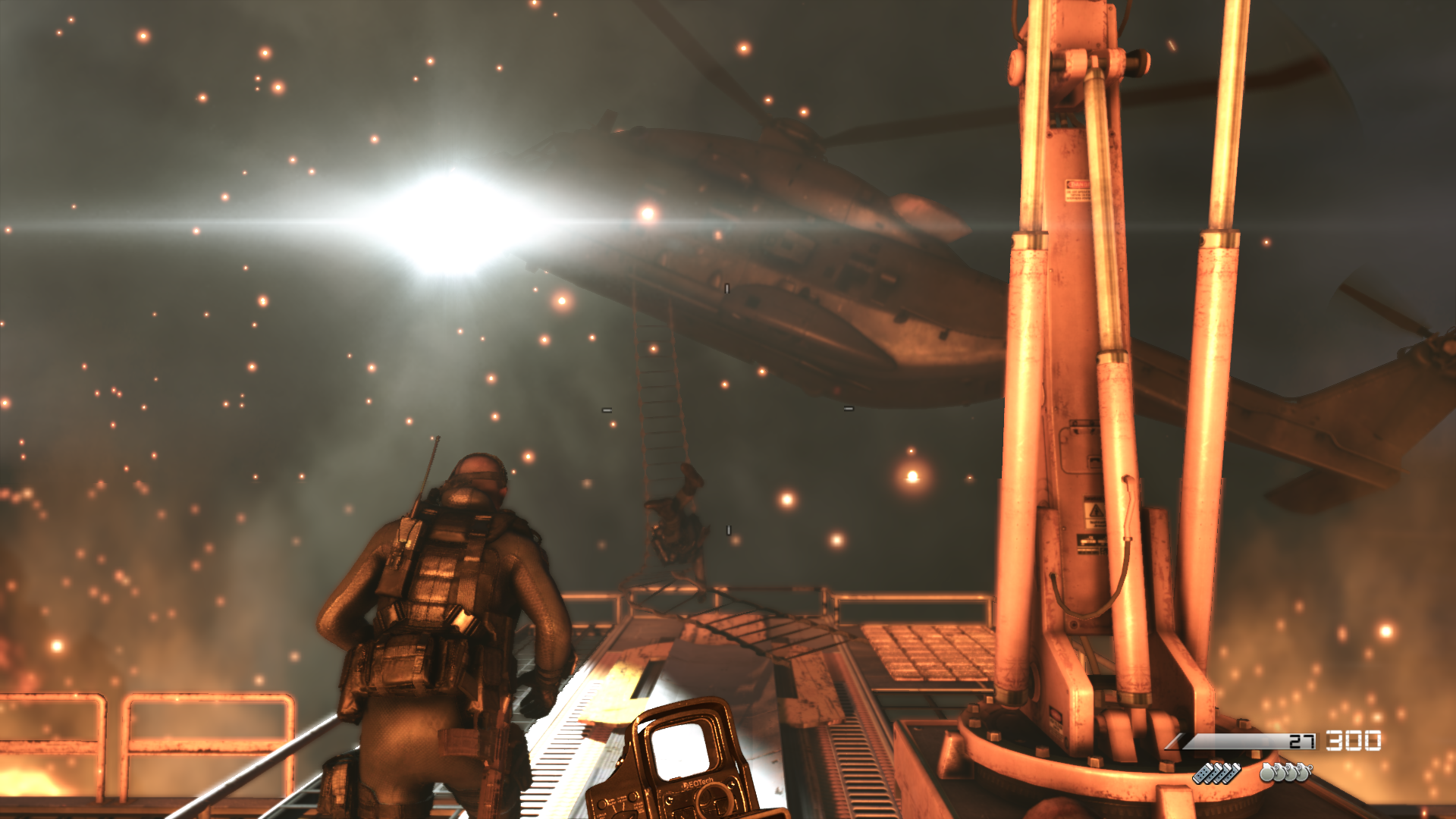 Two of our teammates one by one jumped to the ladder of the chopper but I failed for the first time here as well. 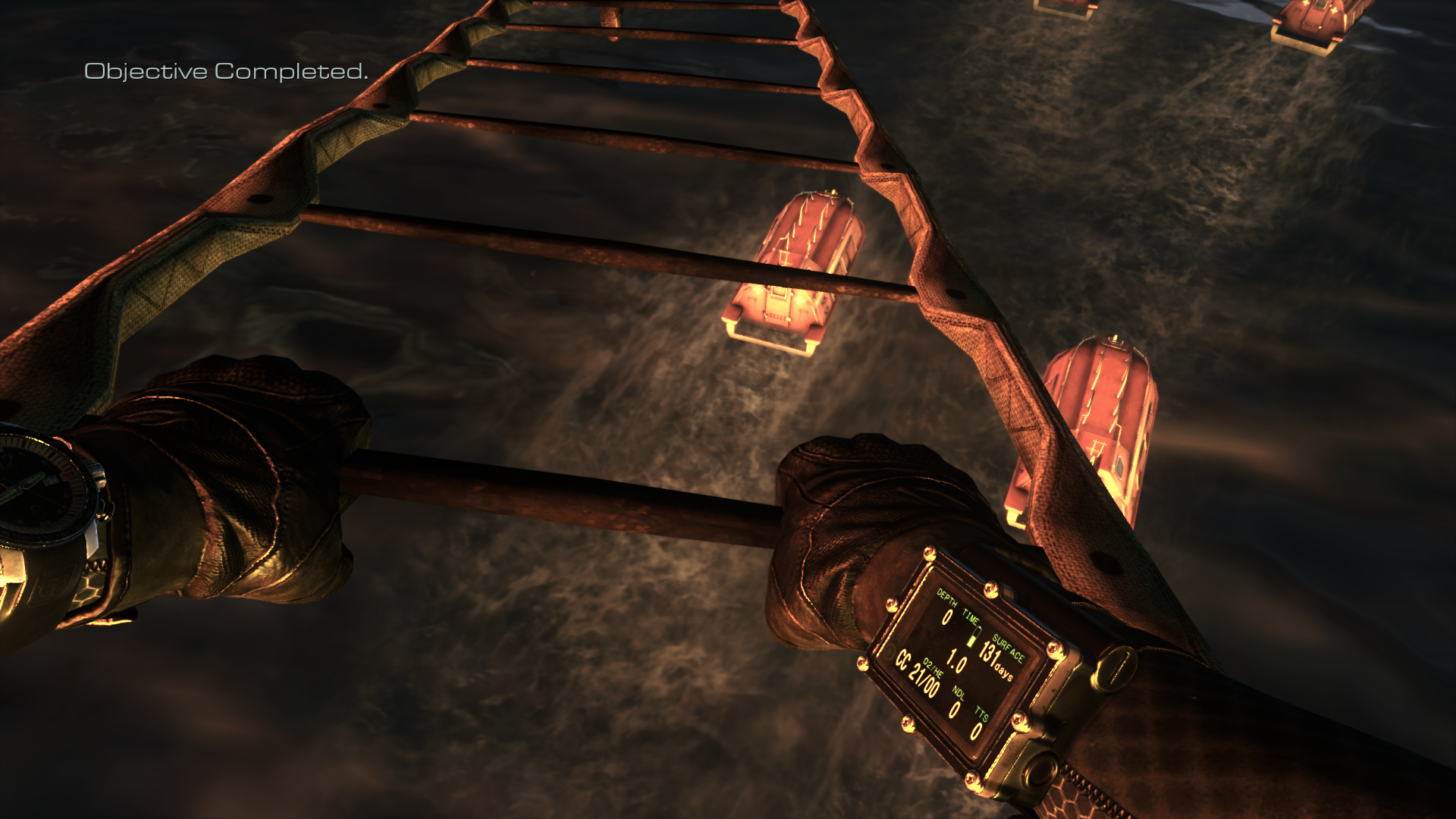 But I caught the ladder at the second time and there the objective was completed. 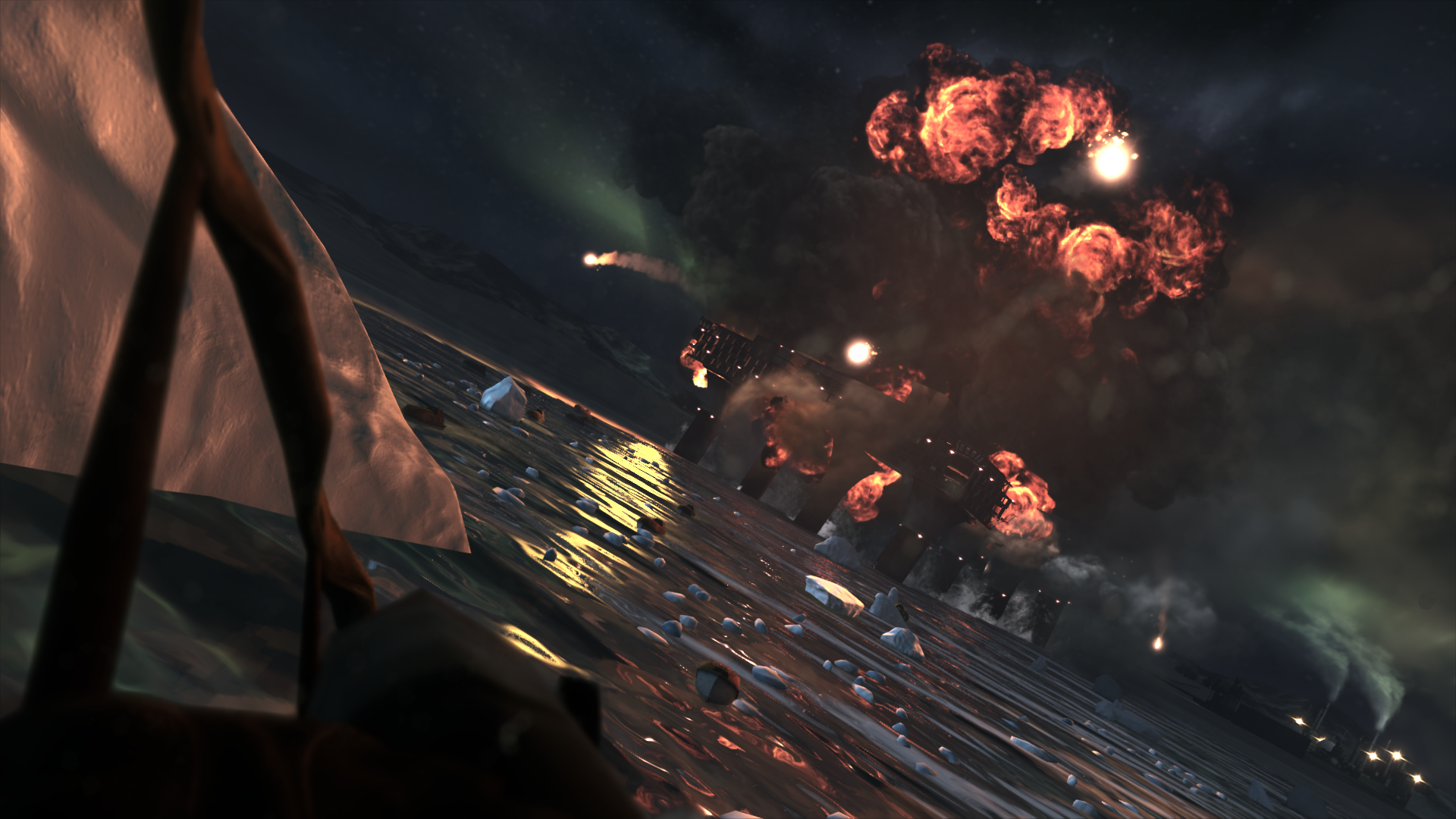 I was seeing the destruction of the whole place while the chopper was flying us away. And the mission here was completed and our lives were saved as well.

This game reminds me of Counter - Strike, but the reality of Call of duty is much better. We certainly enjoy great games

I never played Counter Strike. And I agree with you that COD is much better in the aspect of reality.
I heard some gamers has found their city in COD as well.
Thanks for commenting.

Thanks a lot. I liked playing.