This time I'm going to show my second play of Call of Duty: Ghosts where I completed a mission: Ghosts: Clockwork. I streamed the gameplay with gamecaster streaming software. 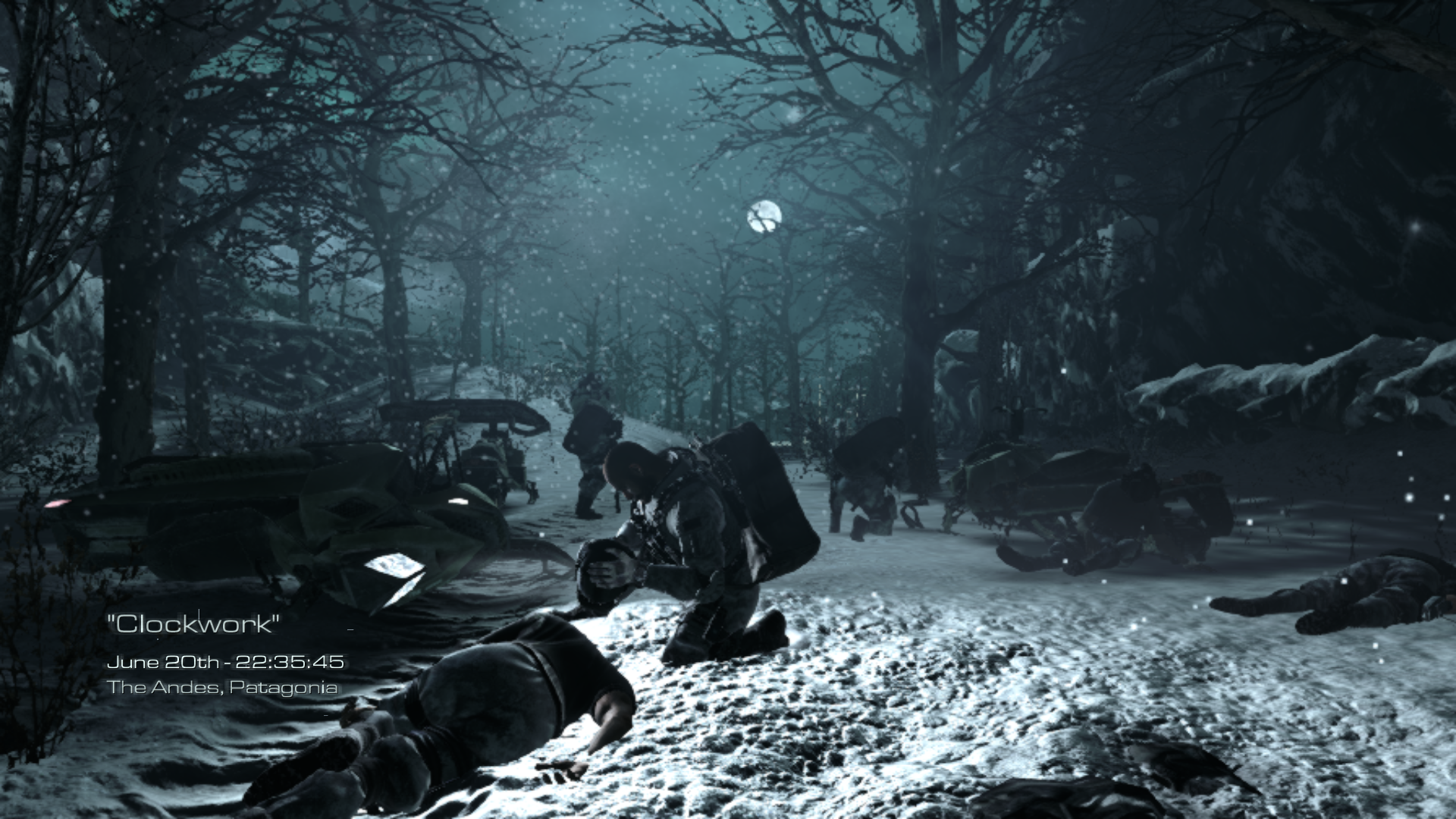 It was at The Andes, Patagonia at June 20th and it was Logan Walker whom I got to play the mission with. 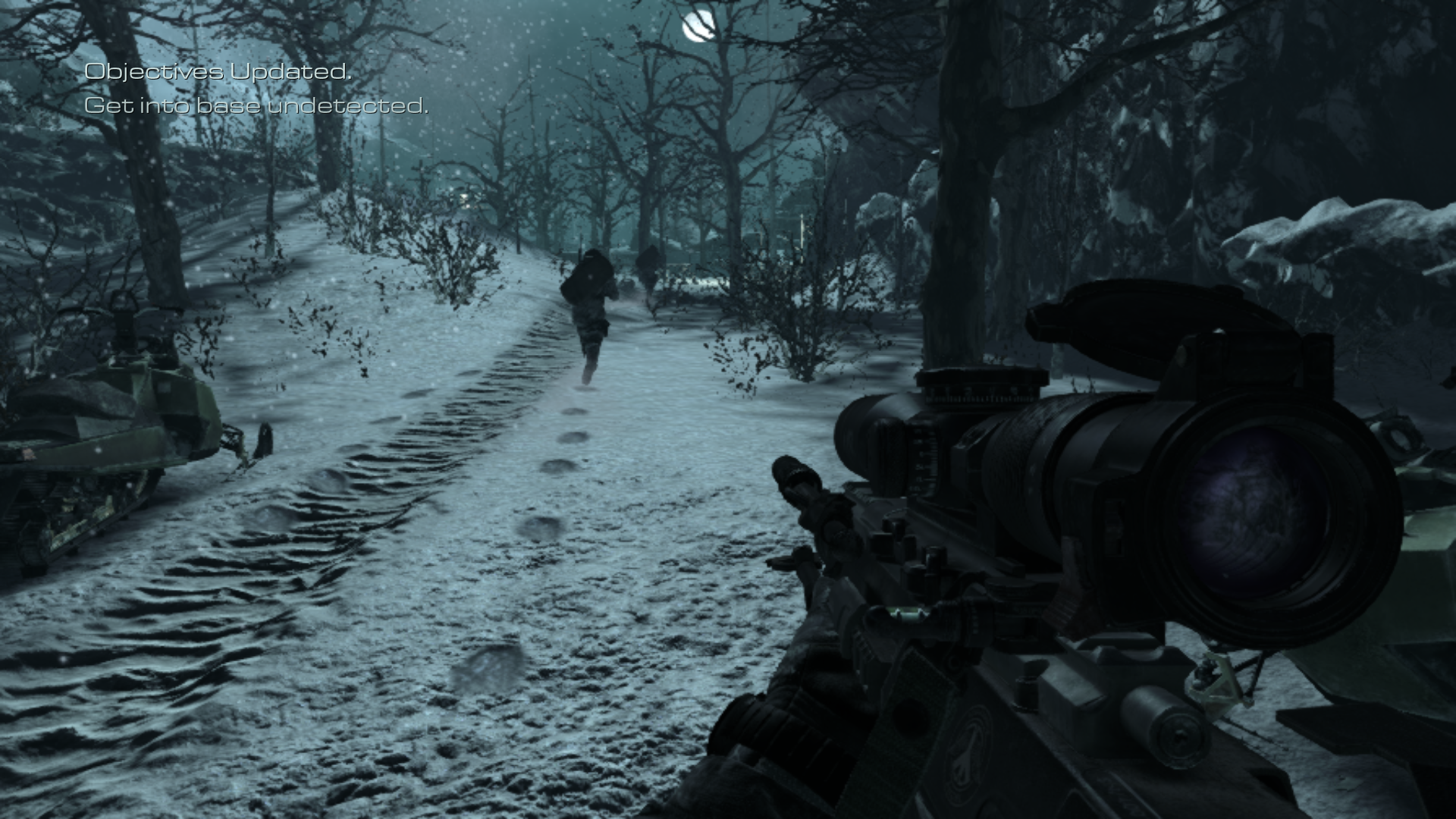 Our very first objective was to get into the enemy base undetected and for that, our team had the same suit as the enemies.
There were some enemy guards there that we had to take down. And I took down some from the towers while other team members took down other enemies. 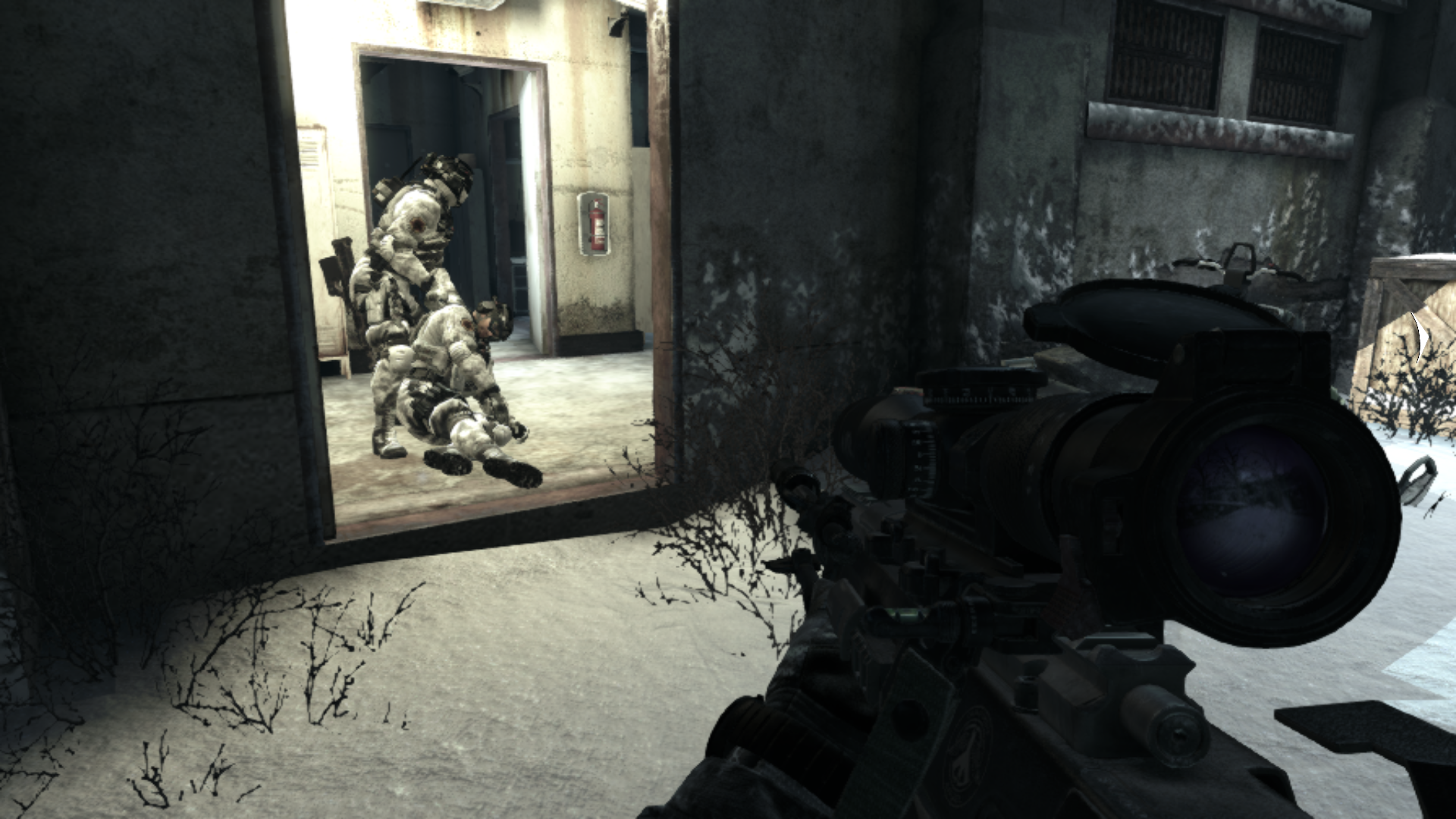 Then there were three enemy vehicles approaching towards us so we hid the dead bodies as fast as we could although I didn't understand that I had to hid one as well so it took me long but I could drag an enemy body down at the last moment. 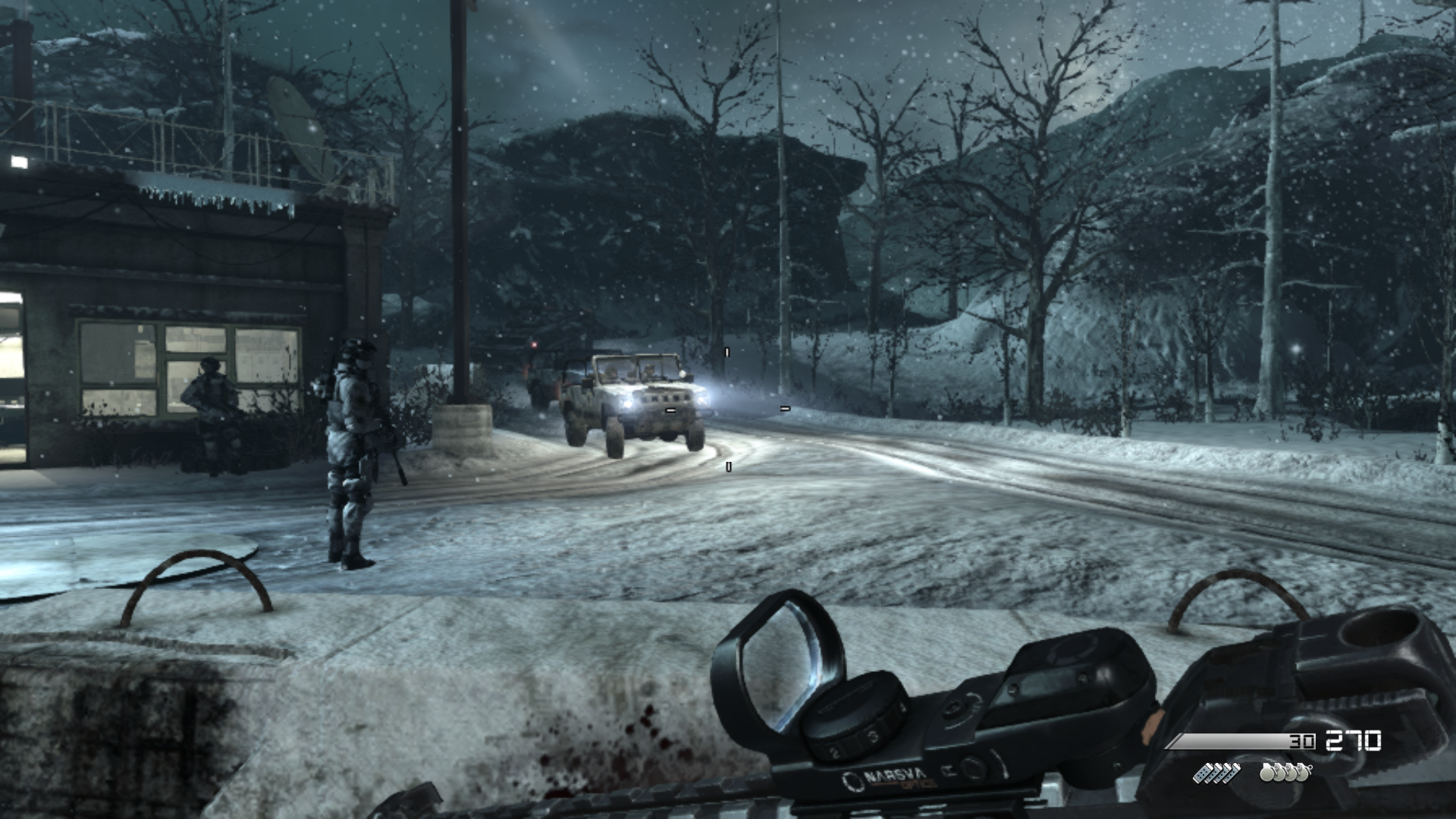 And then we waited there while the cars came forwards. One car stayed there and other two headed towards their location. 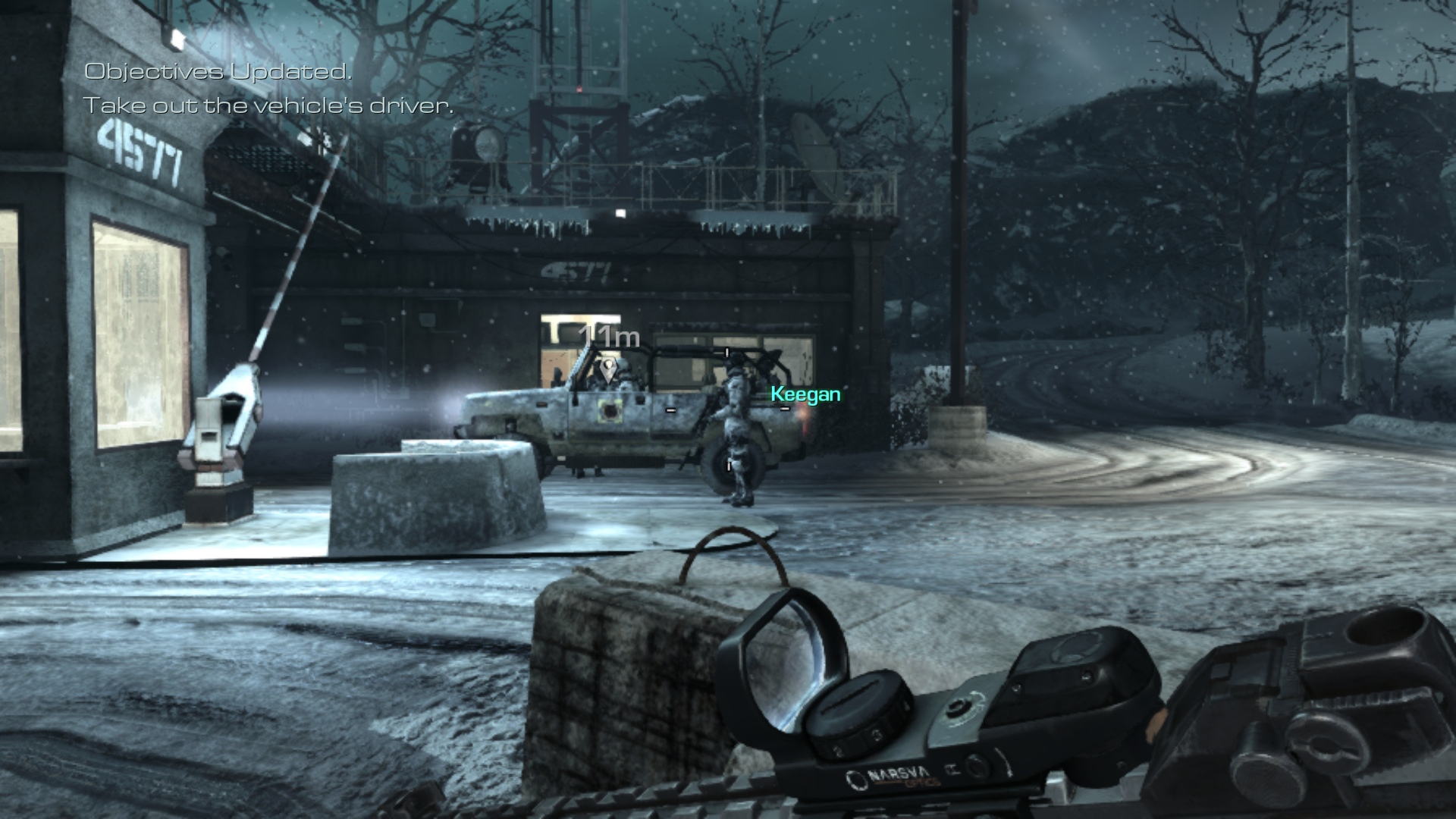 Now when my teammates were making the enemies busy in talking, I took out the vehicles driver and Merrick and Keegan there took out the other men. 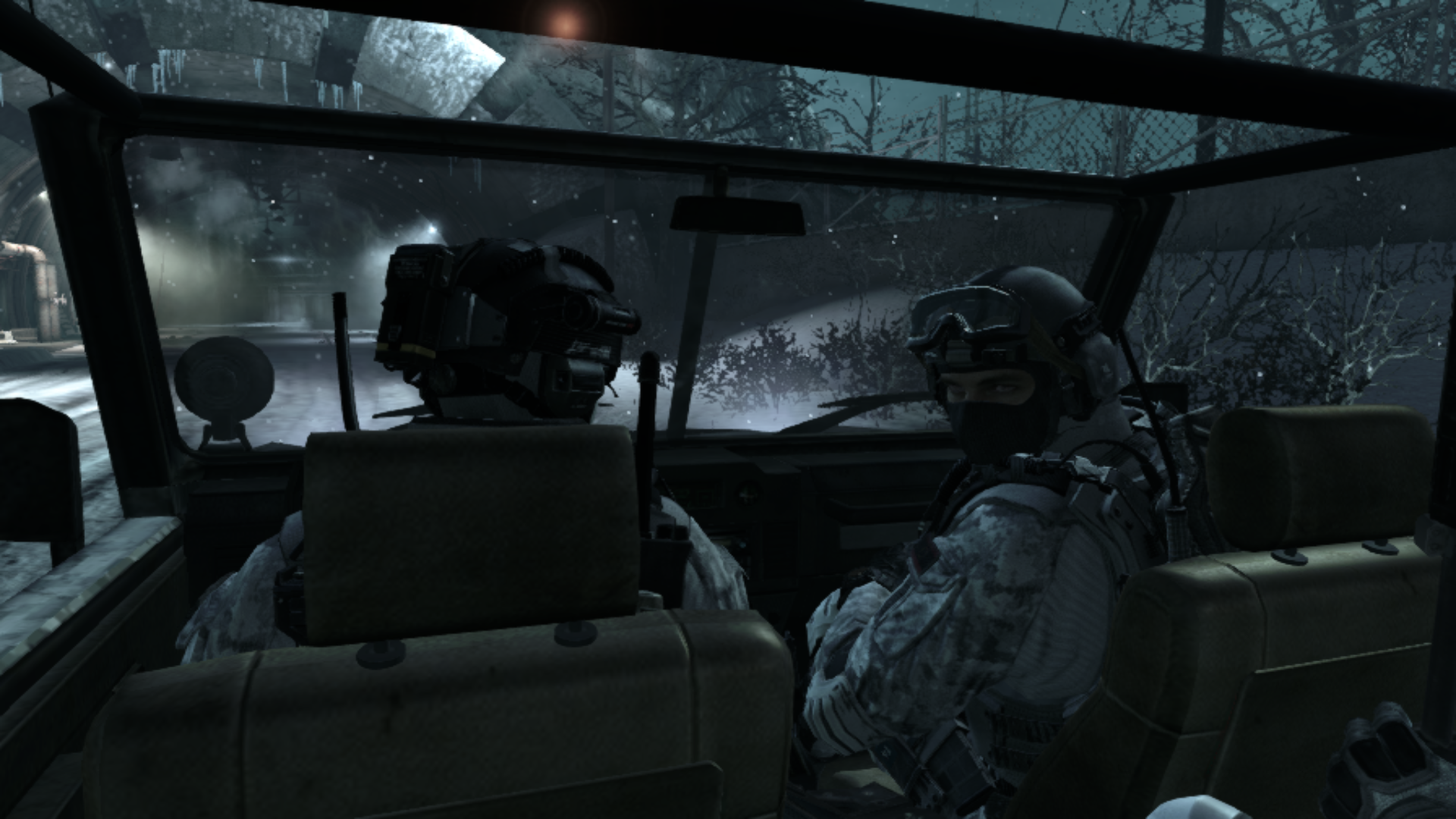 Then we started riding the vehicle right towards the targeted location. 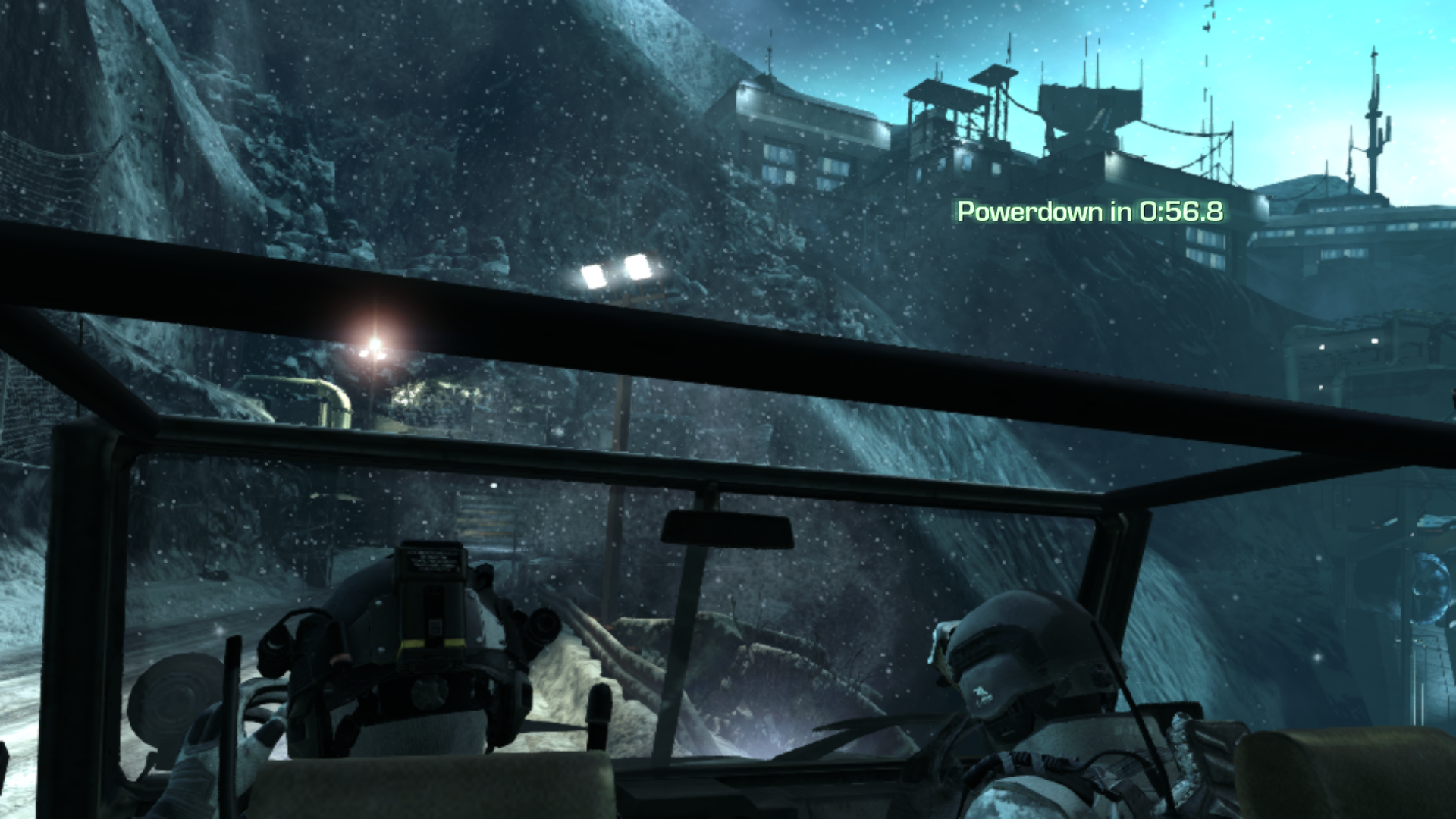 It was in countdown of a powerdown and this powerdown will be happen because we needed it to fight the enemies.

We entered the main base and the enemy soldiers didn't understand anything as we were well disguised. 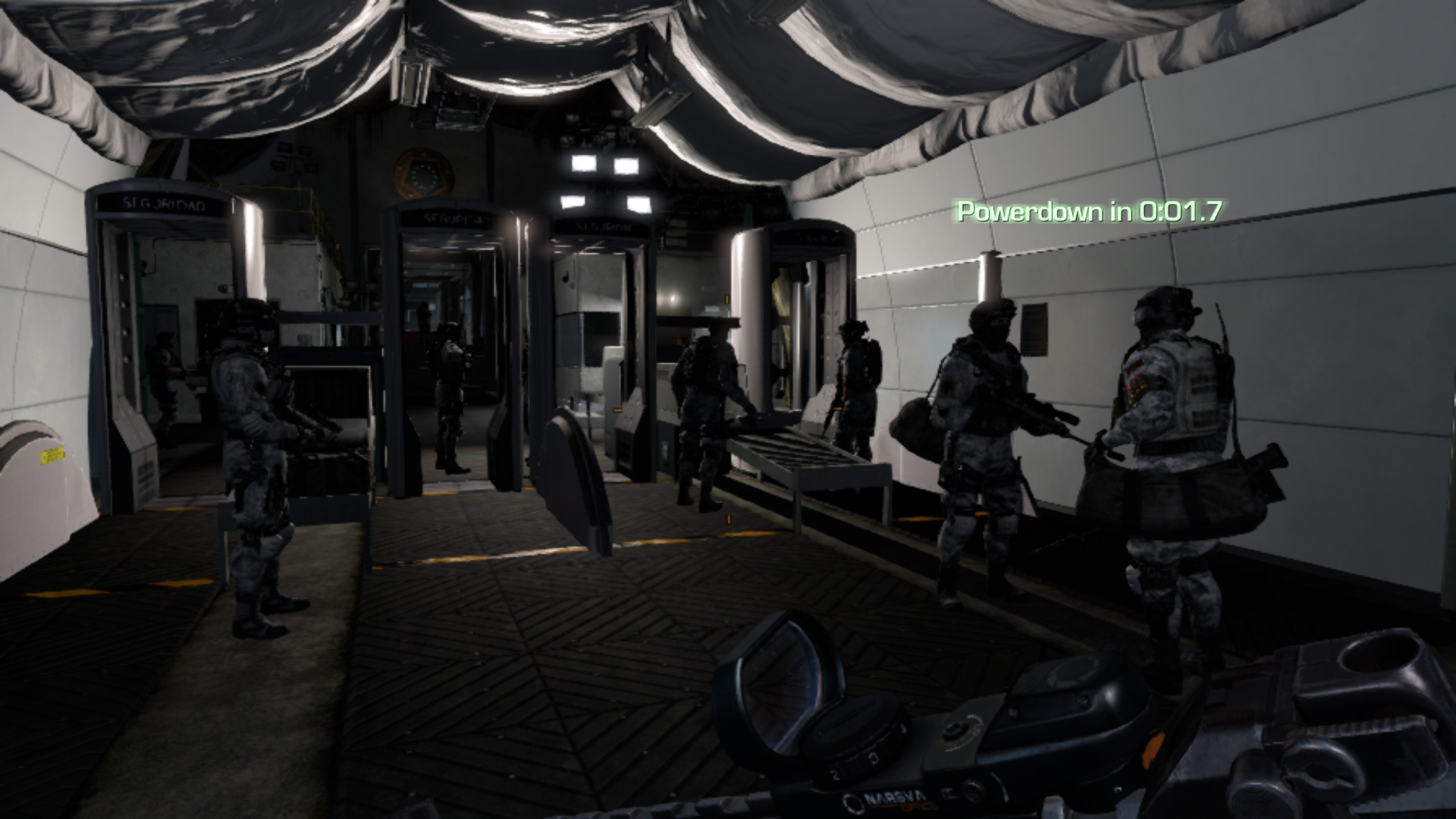 We were carrying bags to let them know we were delivering something and there was the security checkup where there were some enemy soldiers and it was almost time for the powerdown.

After the powerdown, we activated night vision goggles and we shot down the enemy soldiers there and now they know that there's something wrong there but they still don't know where's the problem. 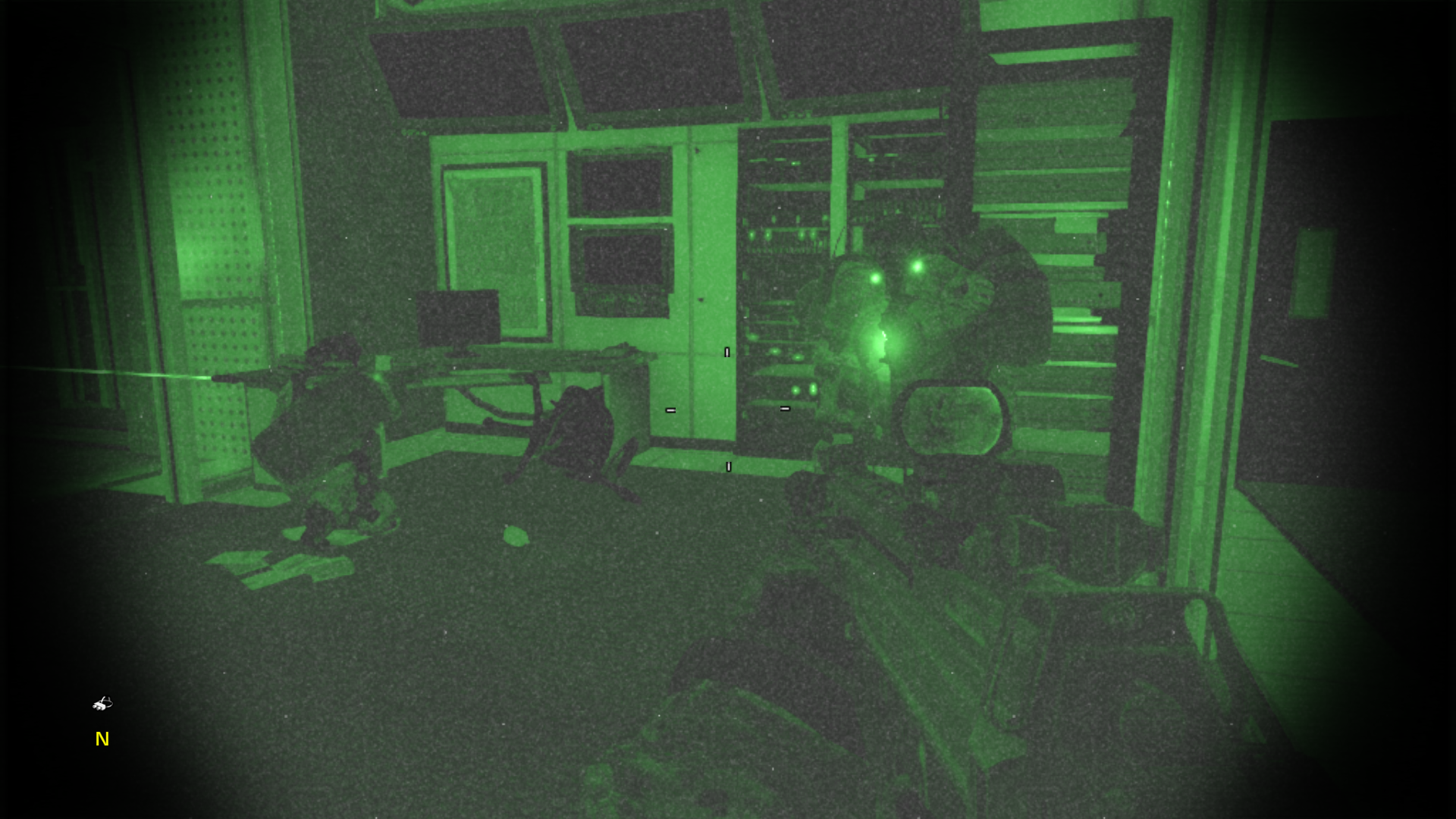 We kept moving forwards and kept killing enemy soldiers on the way and the enemy soldiers were weak for the powerdown but we had the night vision goggles which was our advantage. 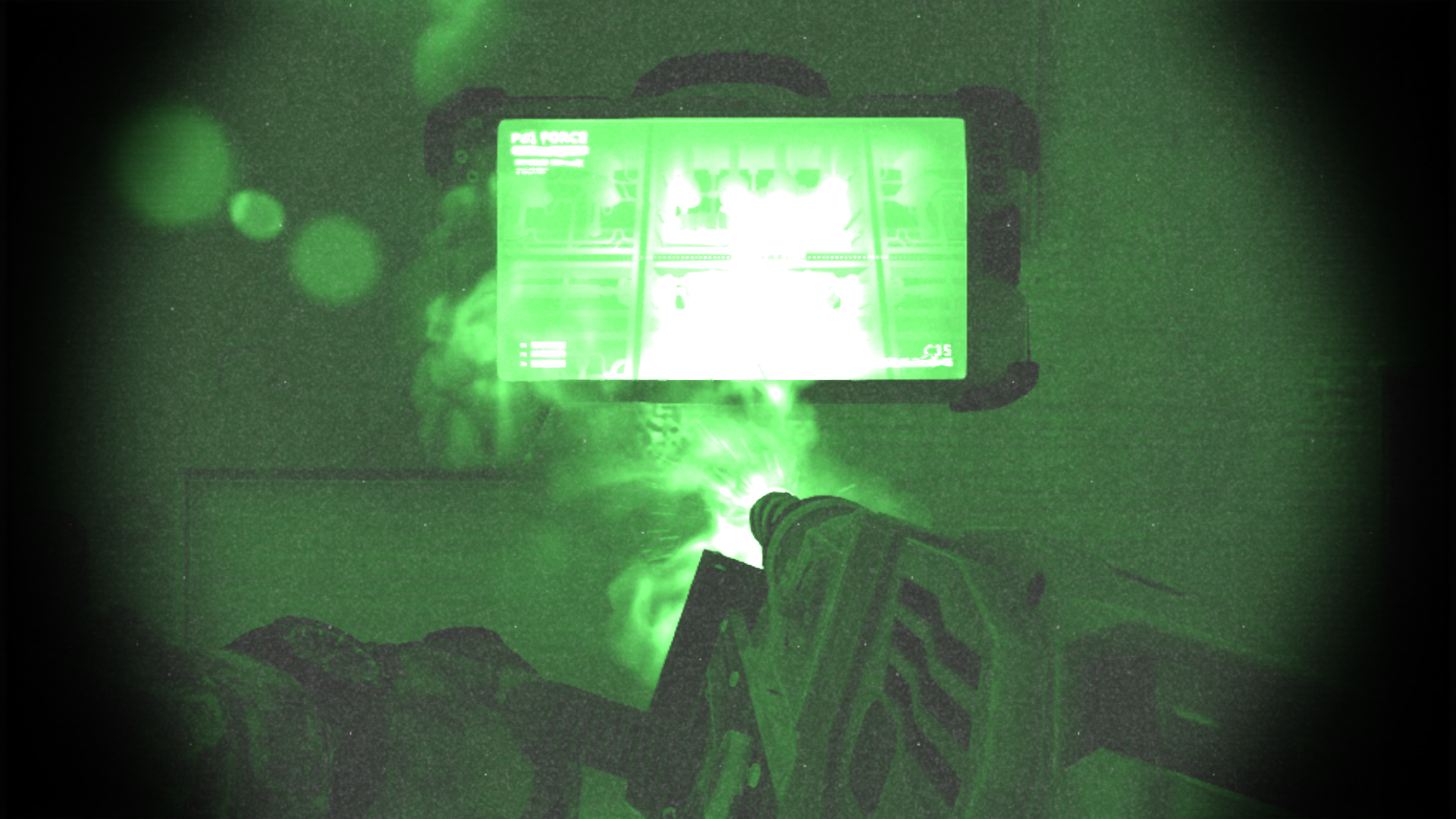 Now at a point, we had to open a big door which was not easy to be destroyed so we had to drill the door first. 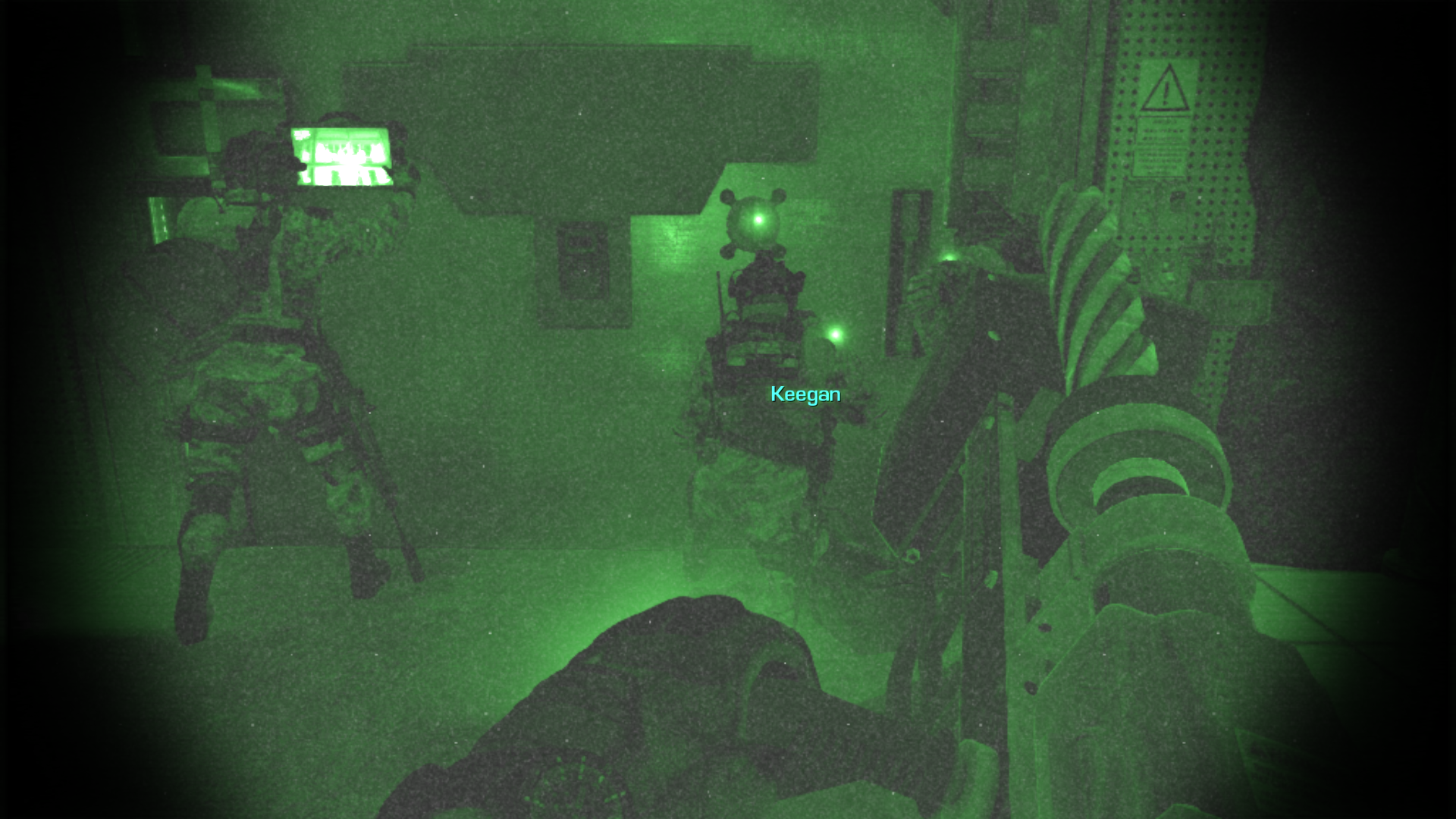 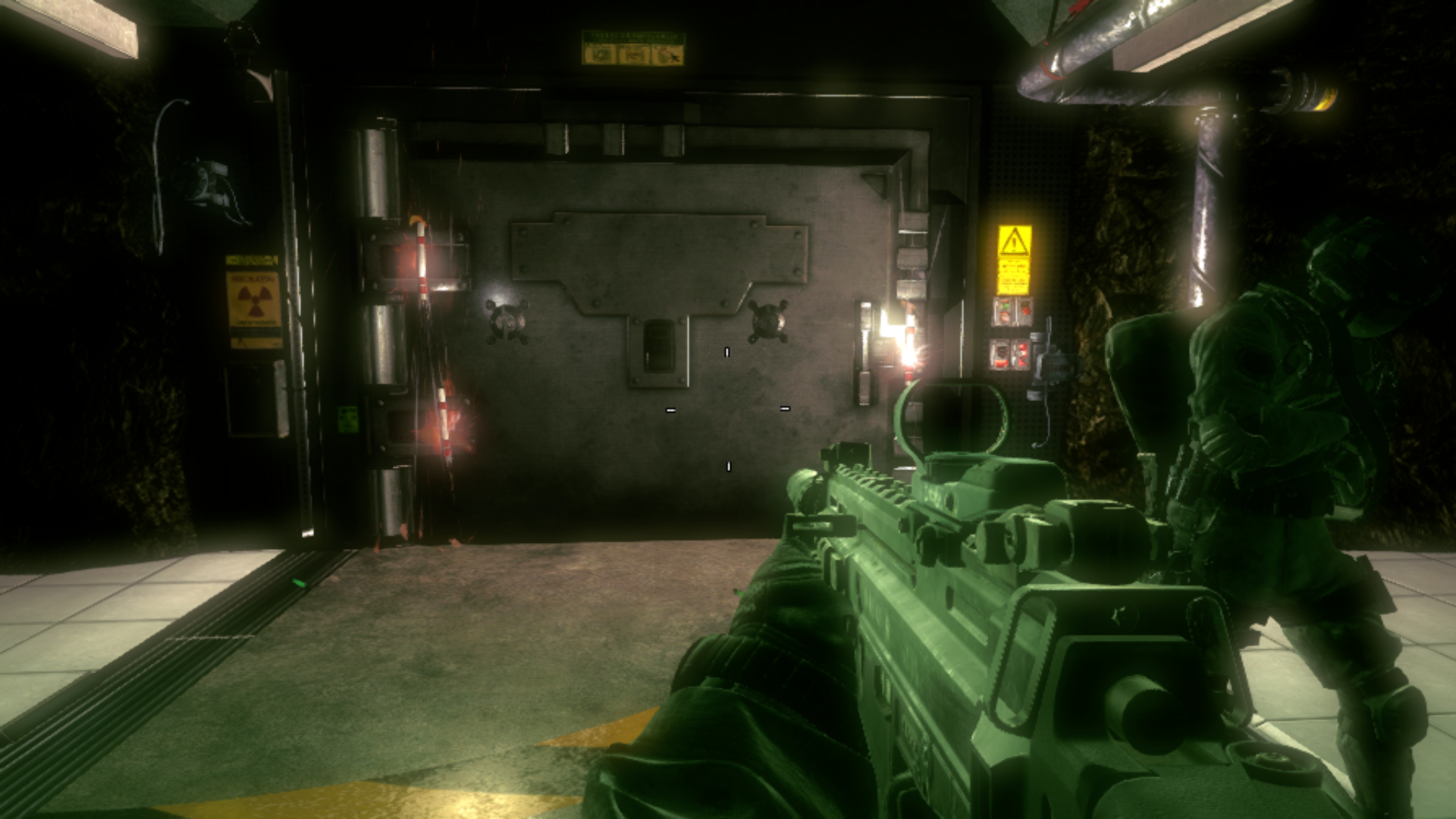 After I finished drilling, another teammate did set up explosives and then we destroyed the door. 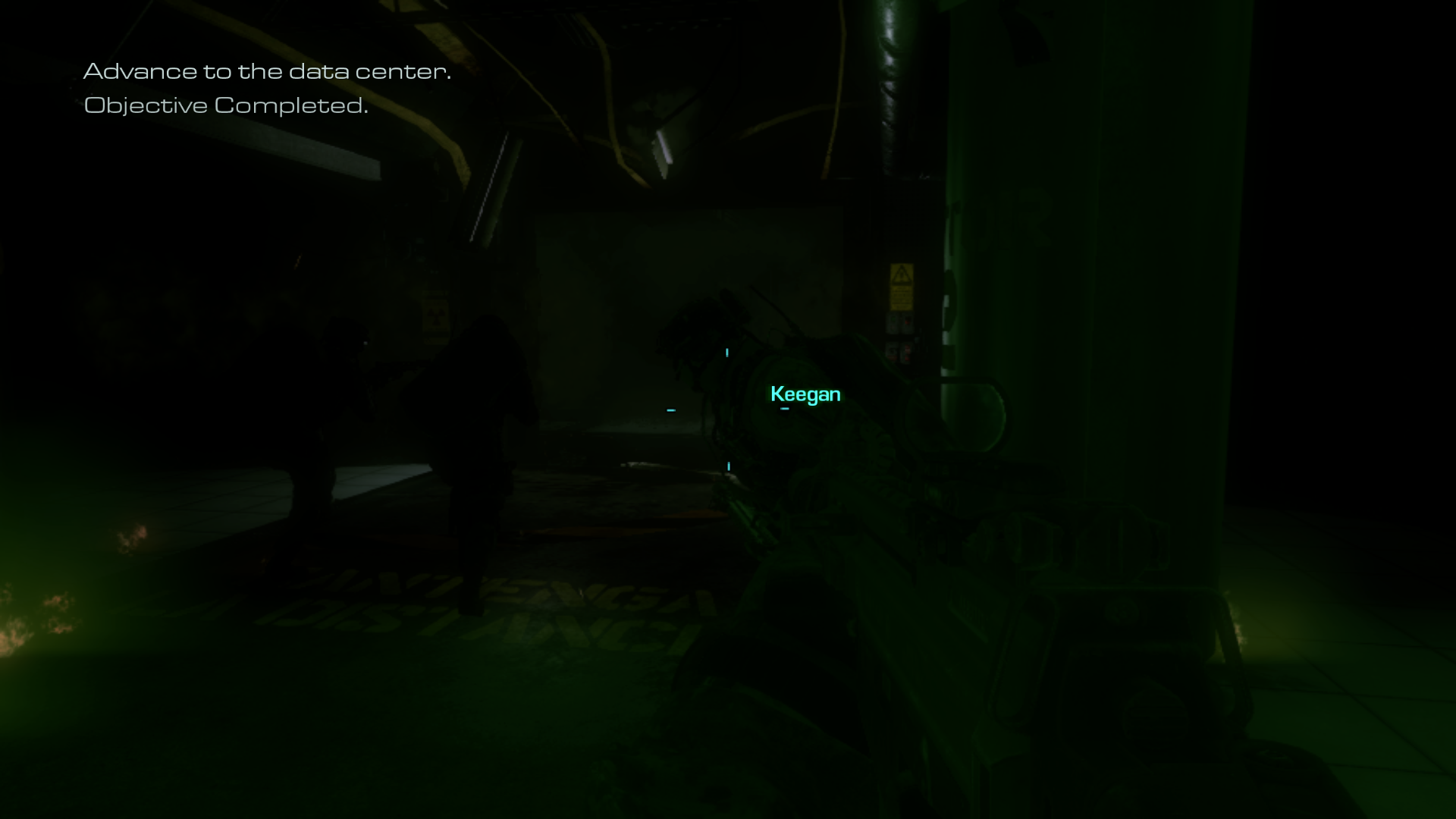 Now we had to advance to the data center and the power was in backup and there we had to fight a lot enemy soldiers. 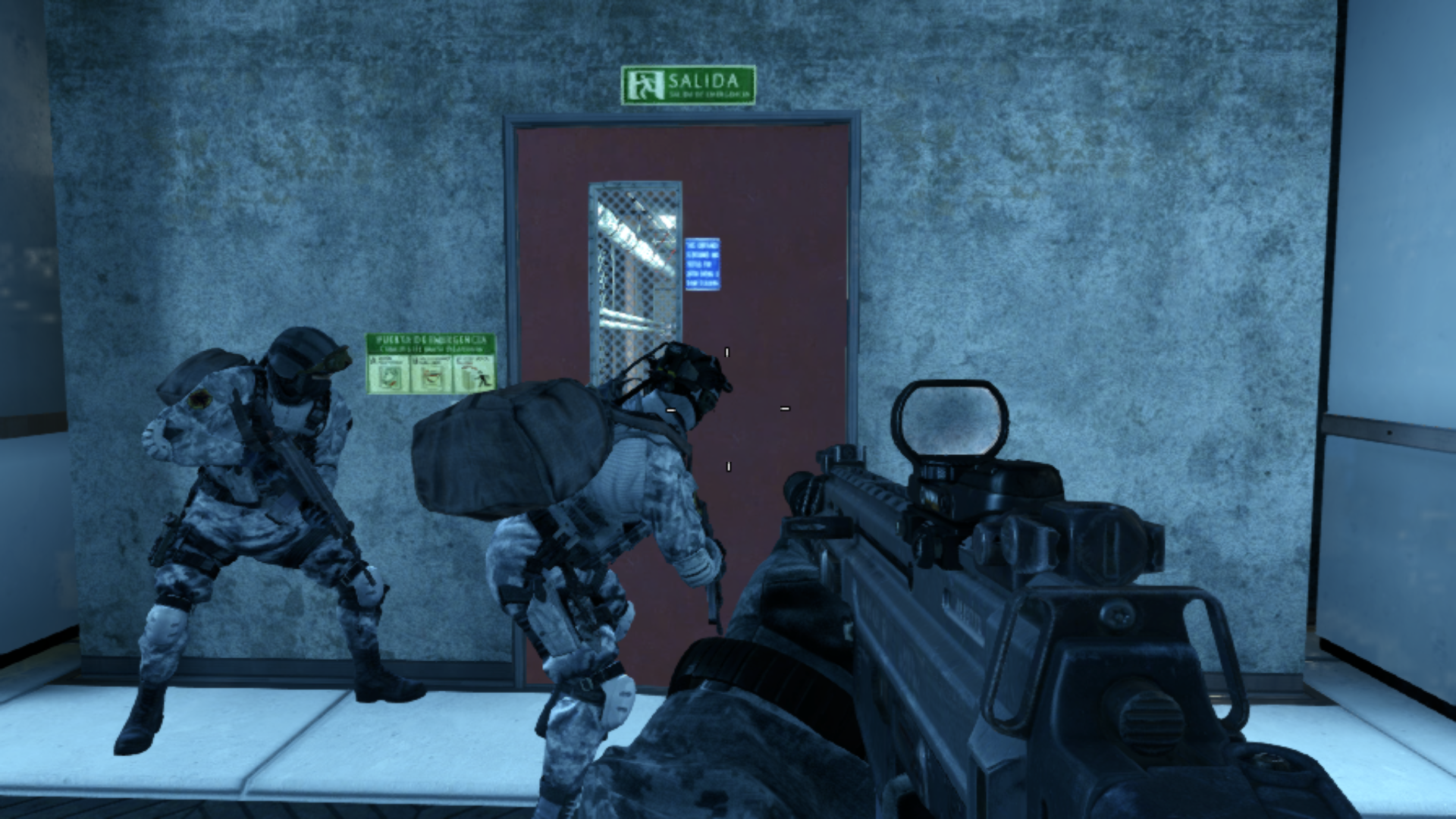 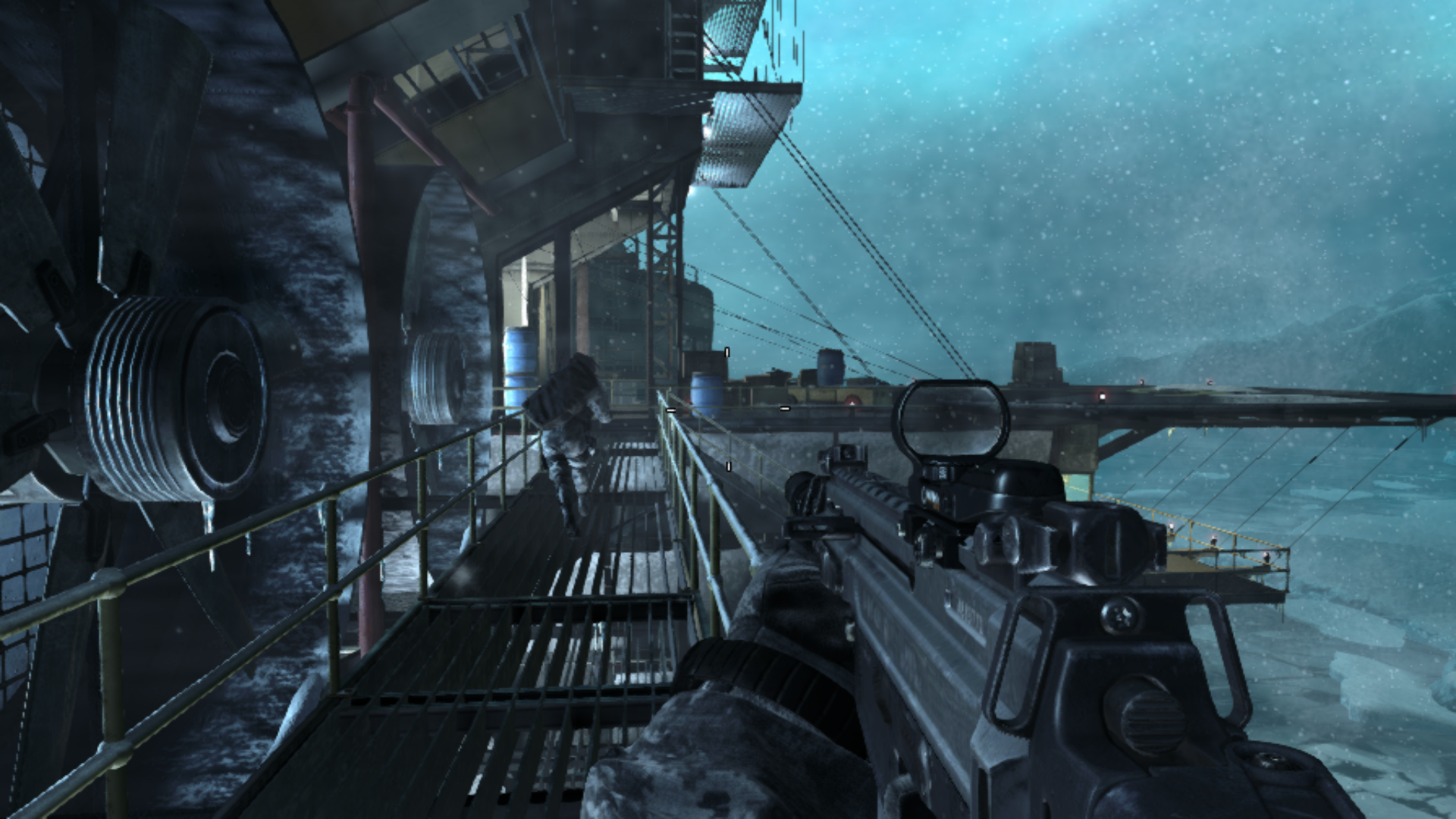 After breaking through some doors, we went to the other phase through the outer way. 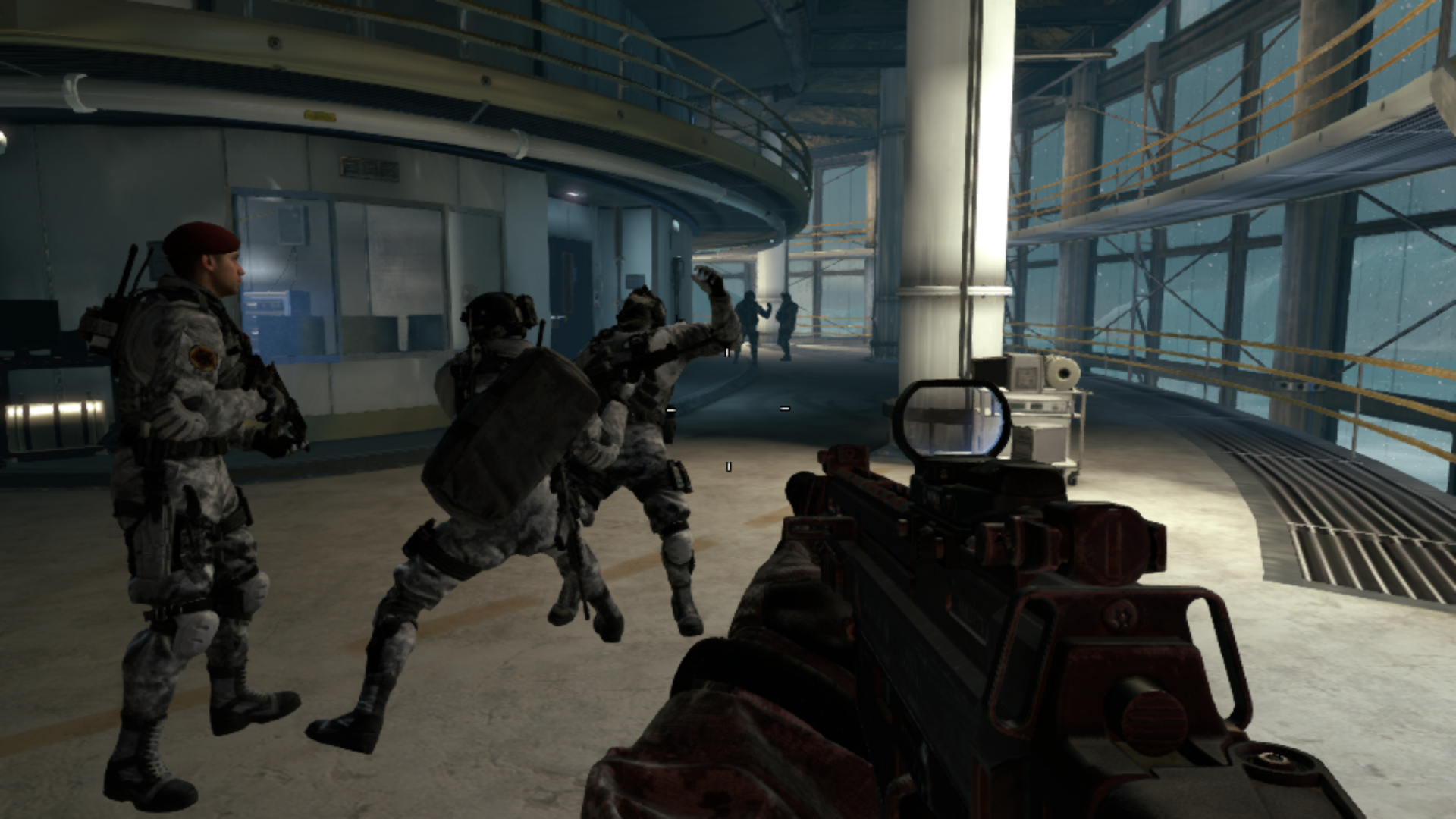 Then we came inside again and close to our targeted location and there were some enemy soldiers. Keegan there startled talking them like he is one of them and was talking about the ambush and suddenly started attacking them and I killed the two men who were waiting a far.

We had a fight for a moment in there with some enemy soldiers and then we moved forward. 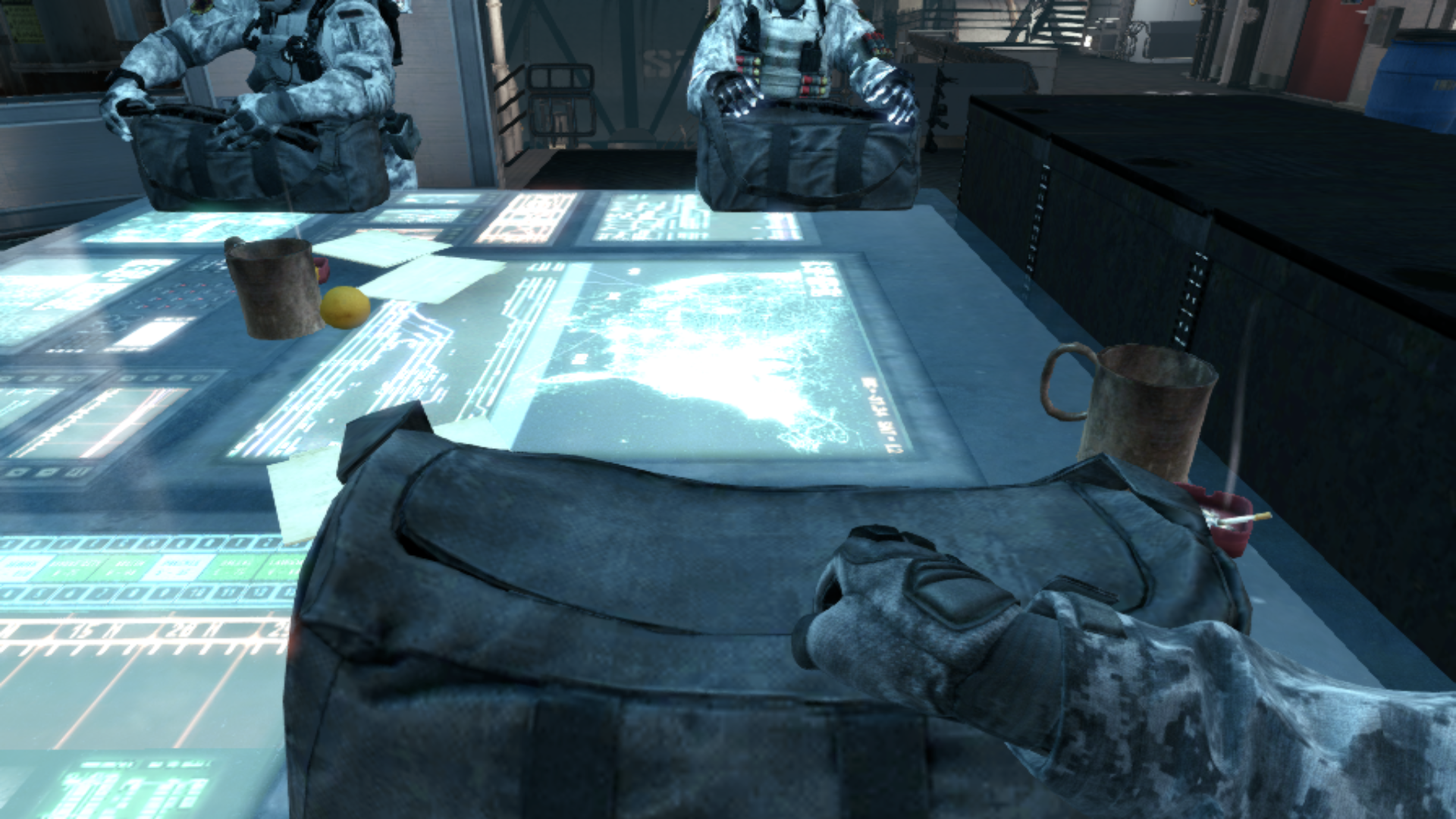 After reaching another checkpoint, we did set up some automatic guns and bombs and we fought with a looooot of enemies there and I died 2/1 times there as well. 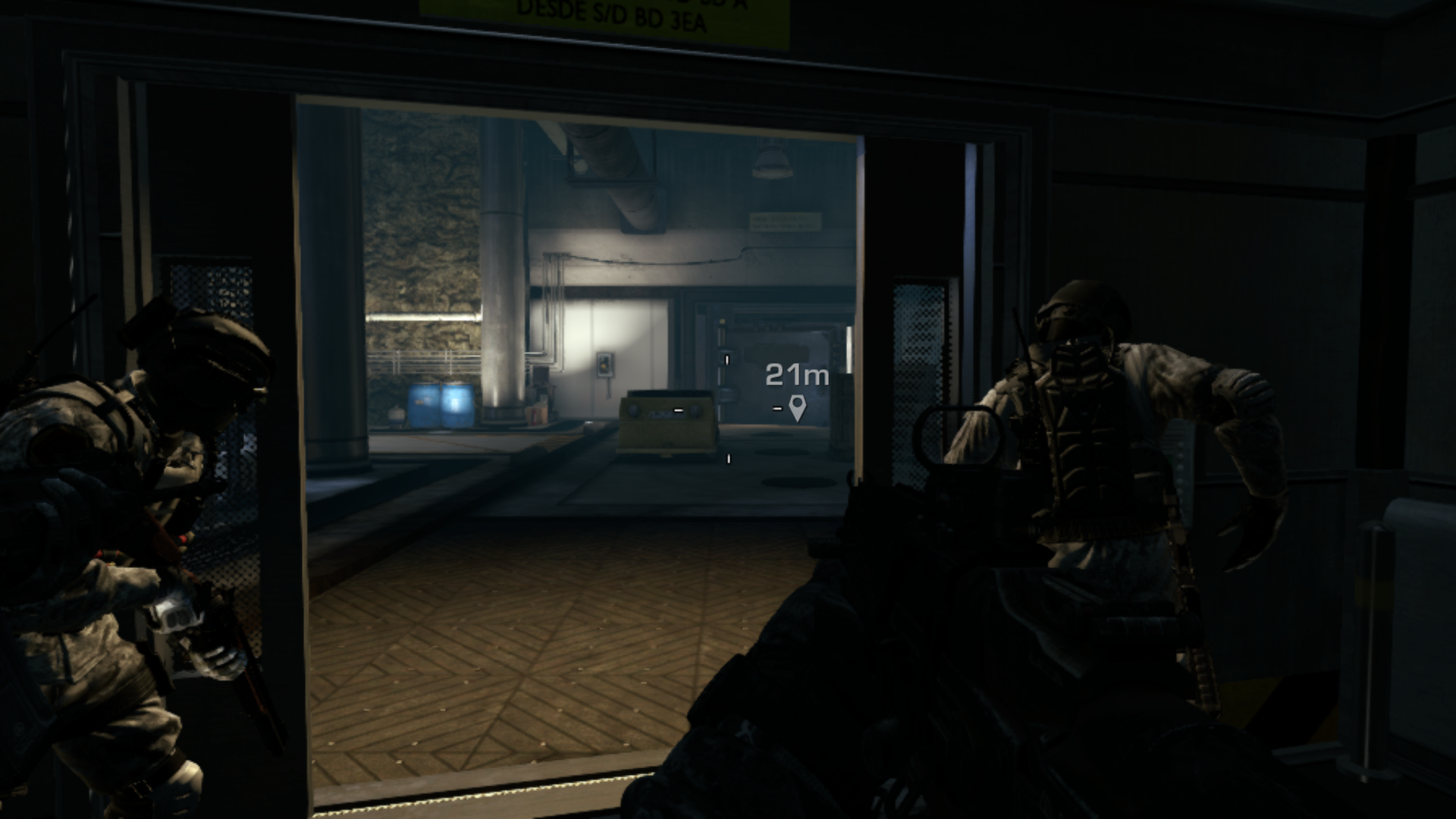 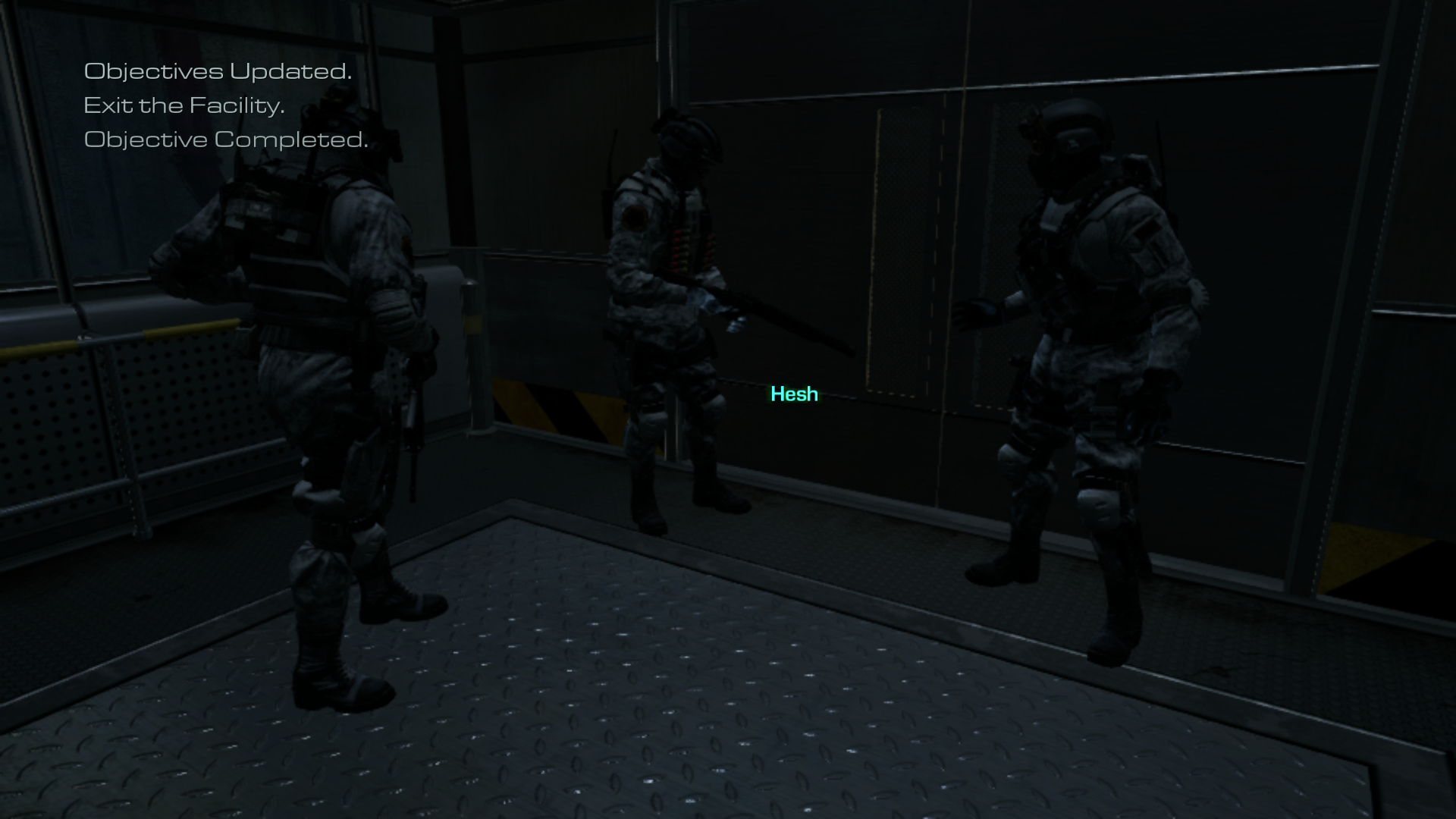 And our work was finished there already and now we had final objective to exit the facility safe and sound. 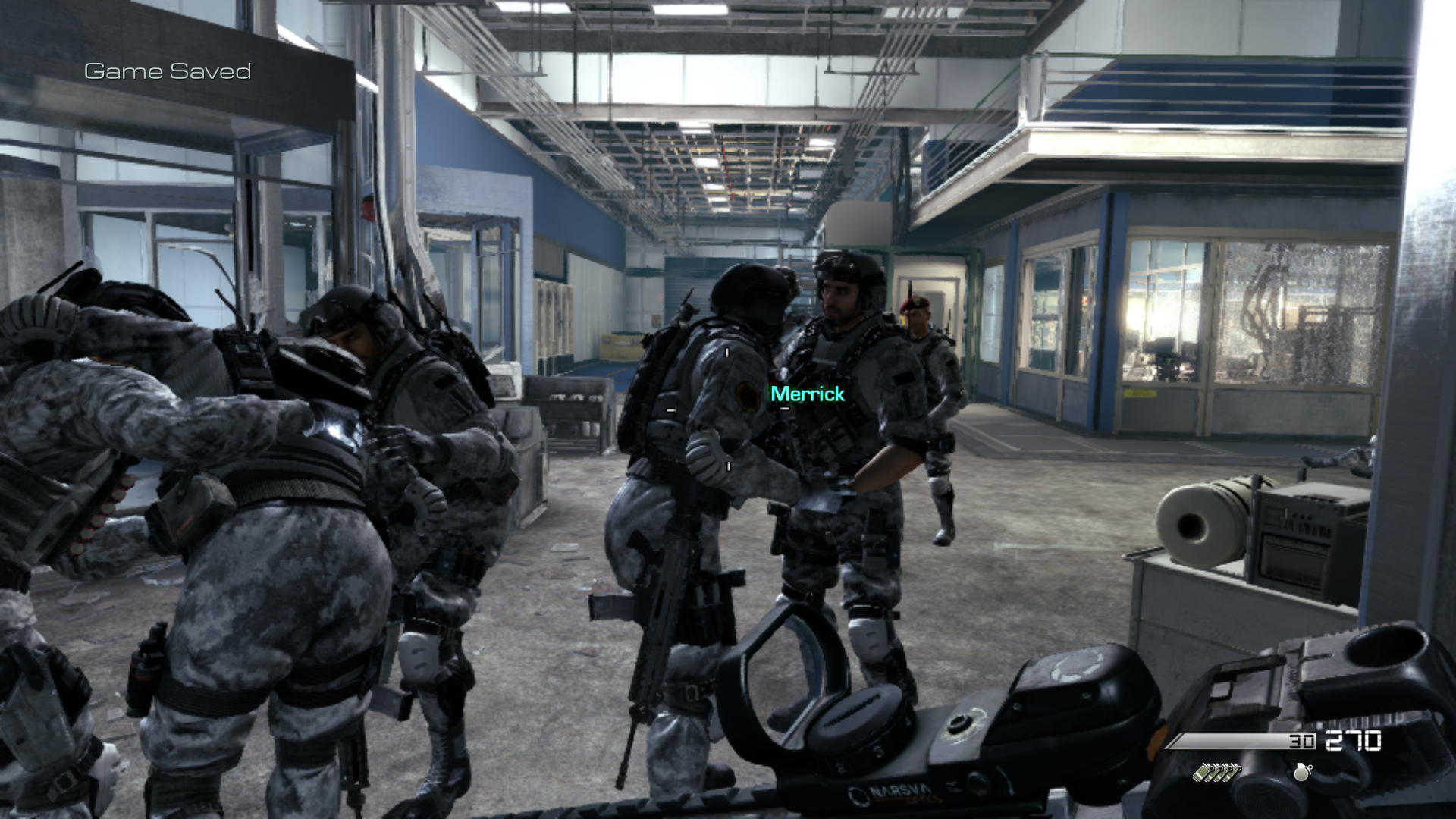 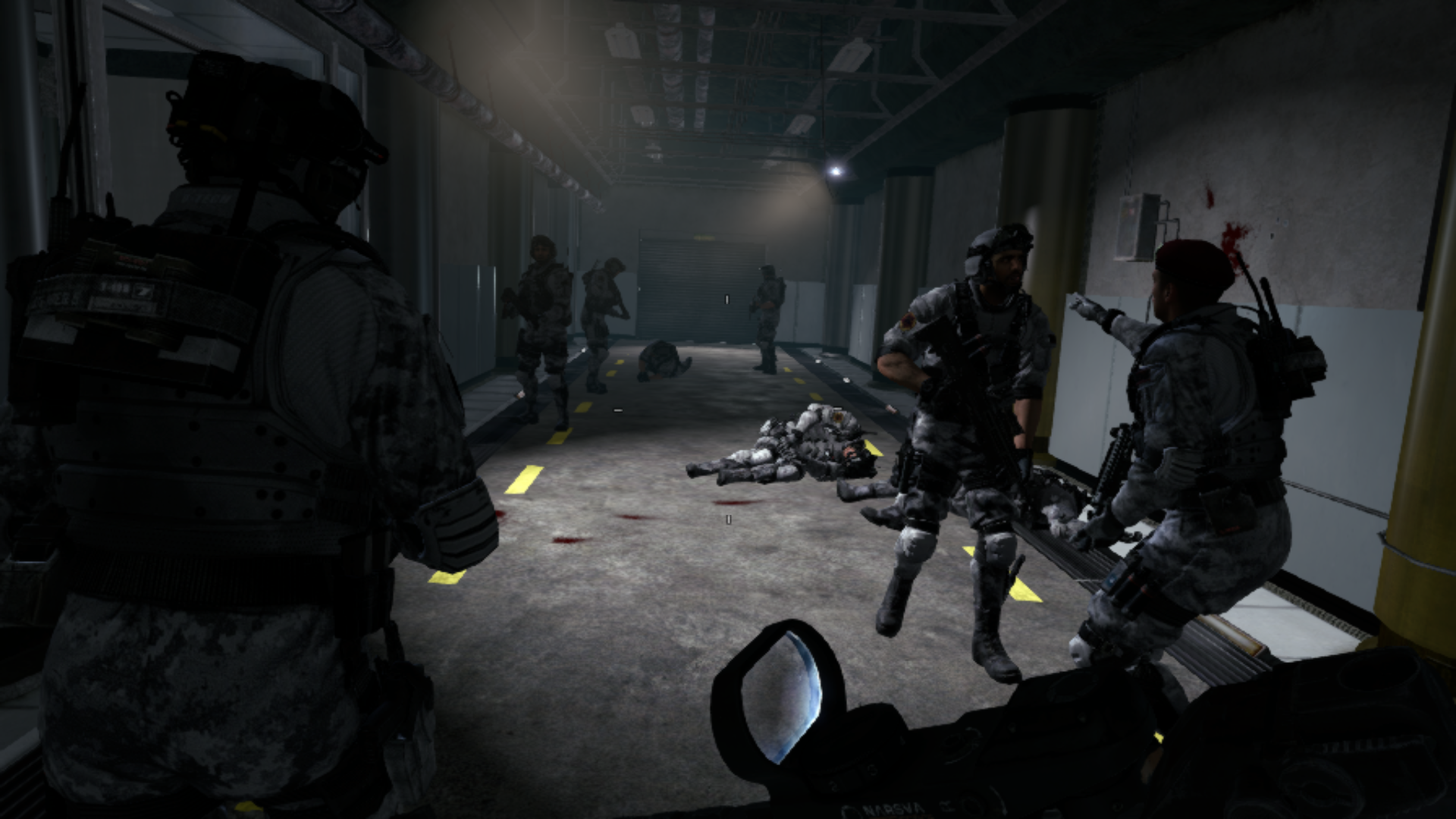 There my teammates did a fantastic job with the drama. They were talking with the enemies as if they were their close person. 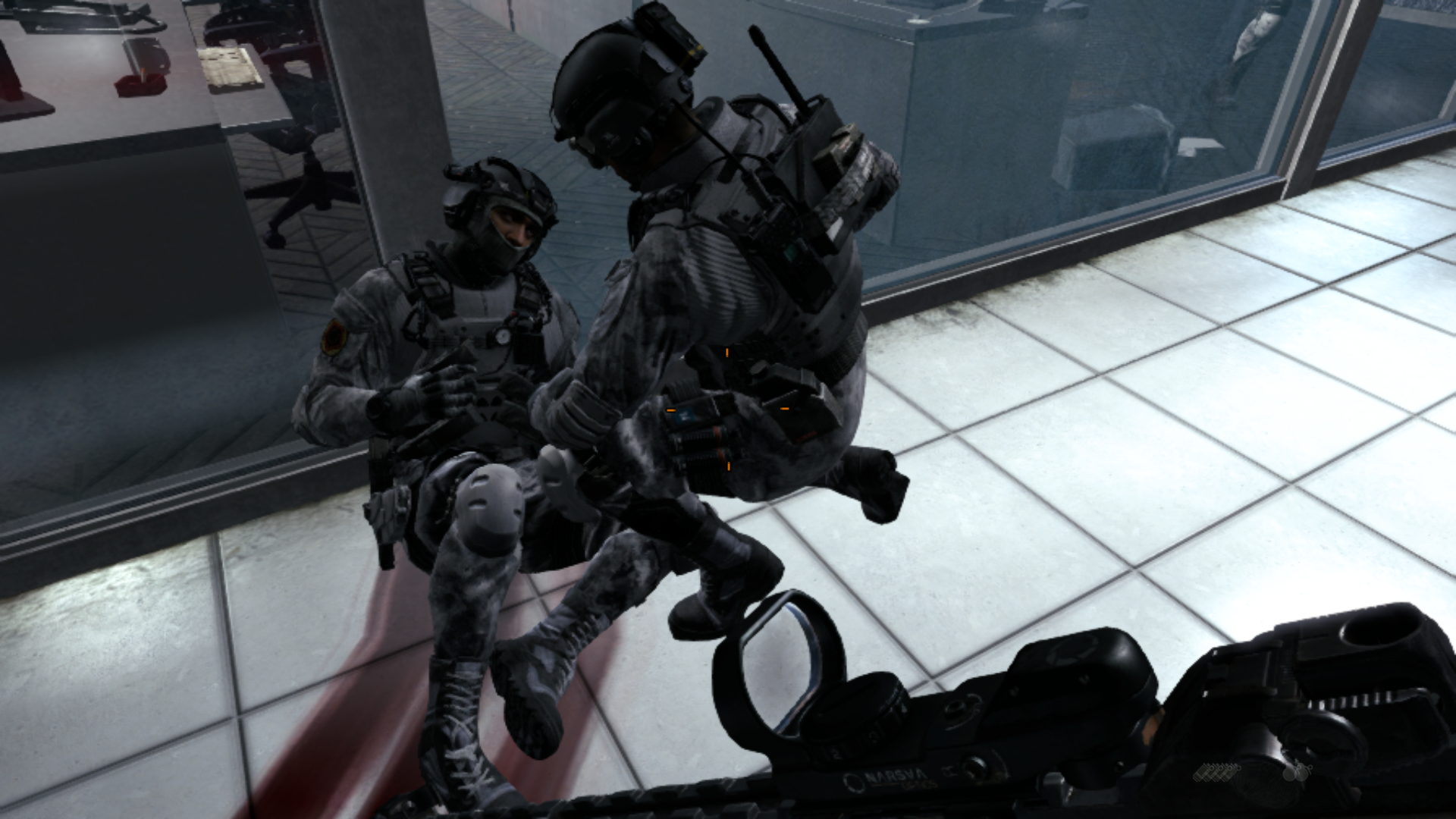 My teammates were even helping the injured enemy soldiers. 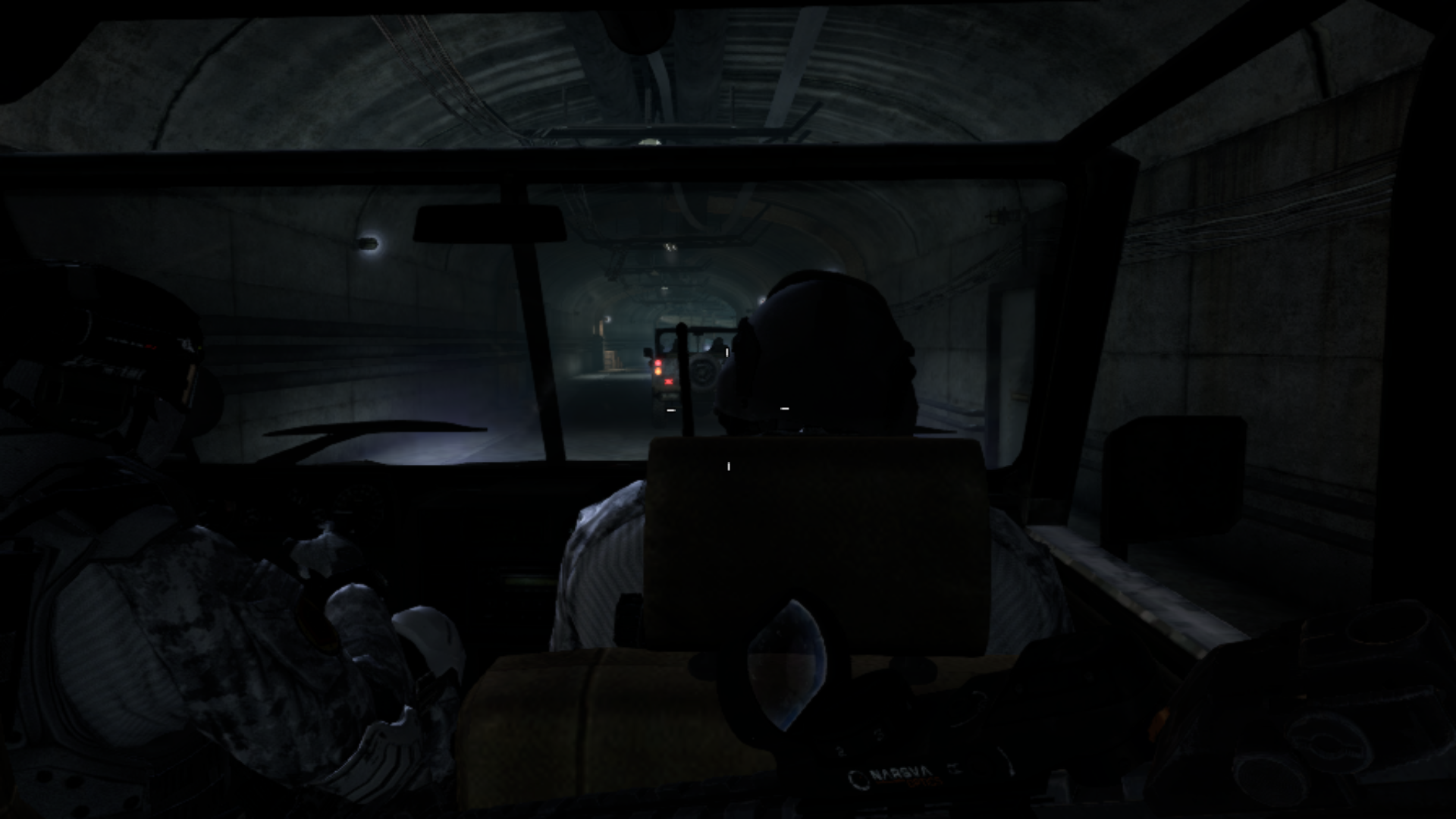 Then we were about to leave the facility through the car. 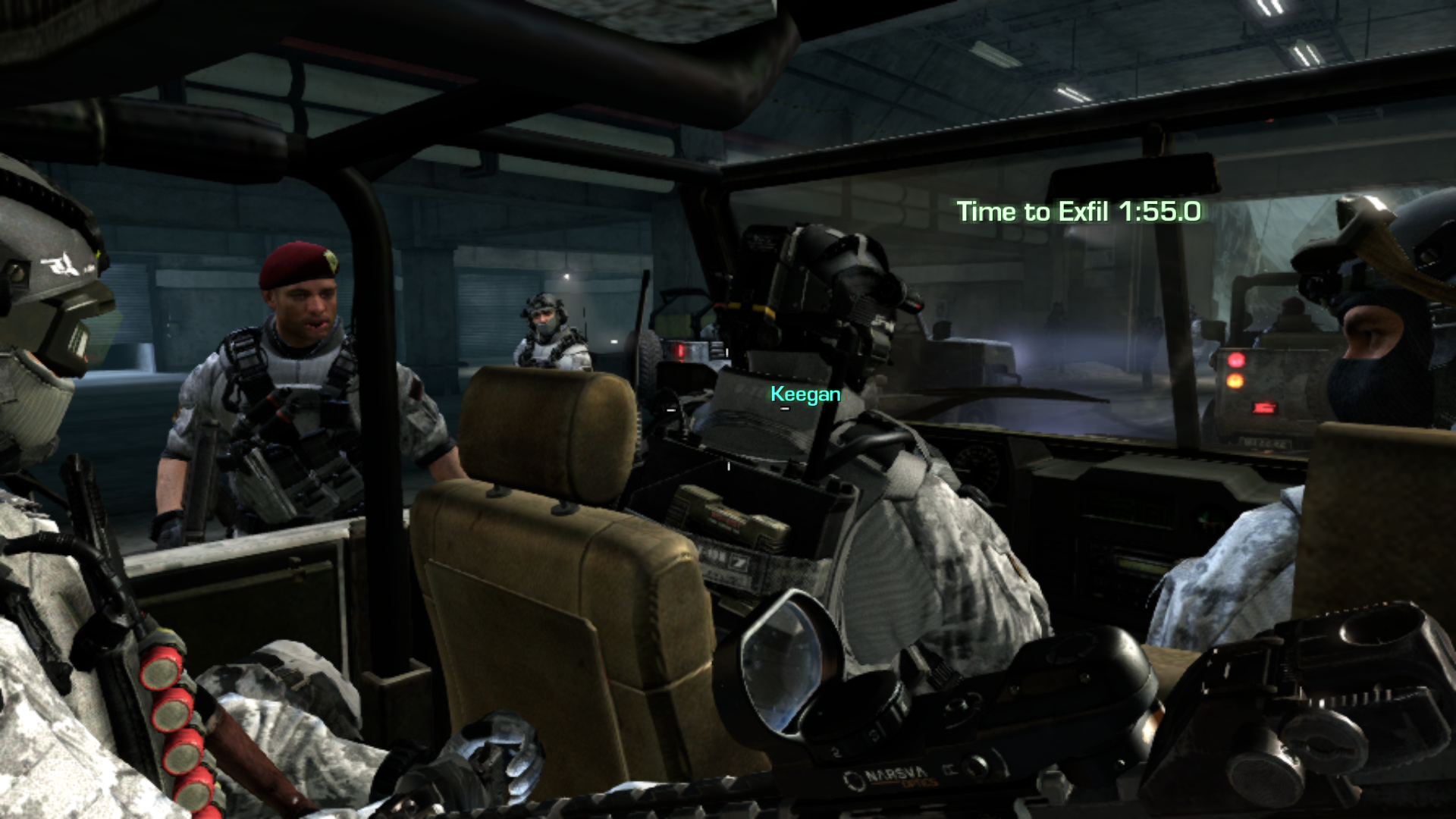 But there was a security checkup where they understood we were not their peoples so they started attacking us. 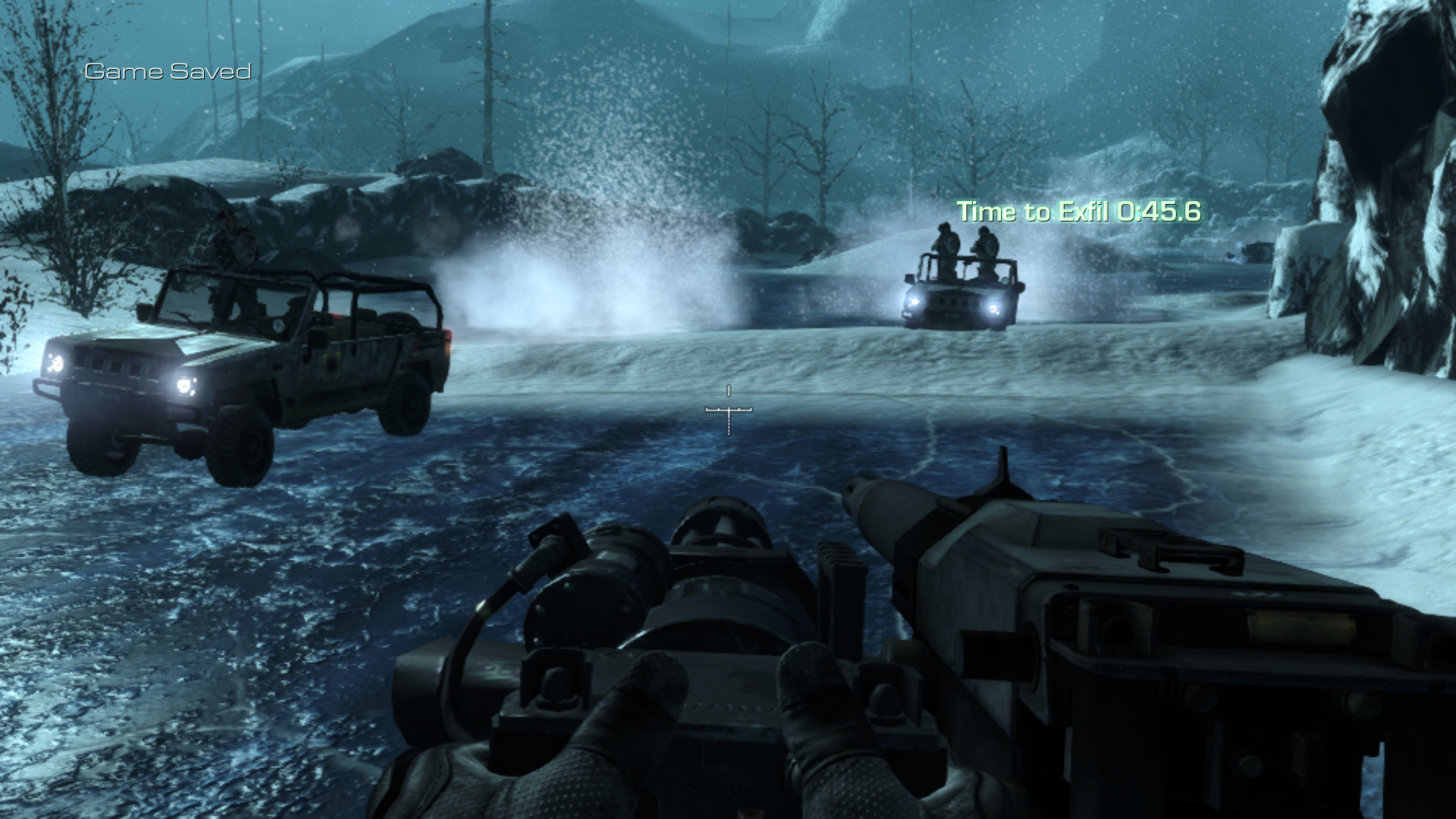 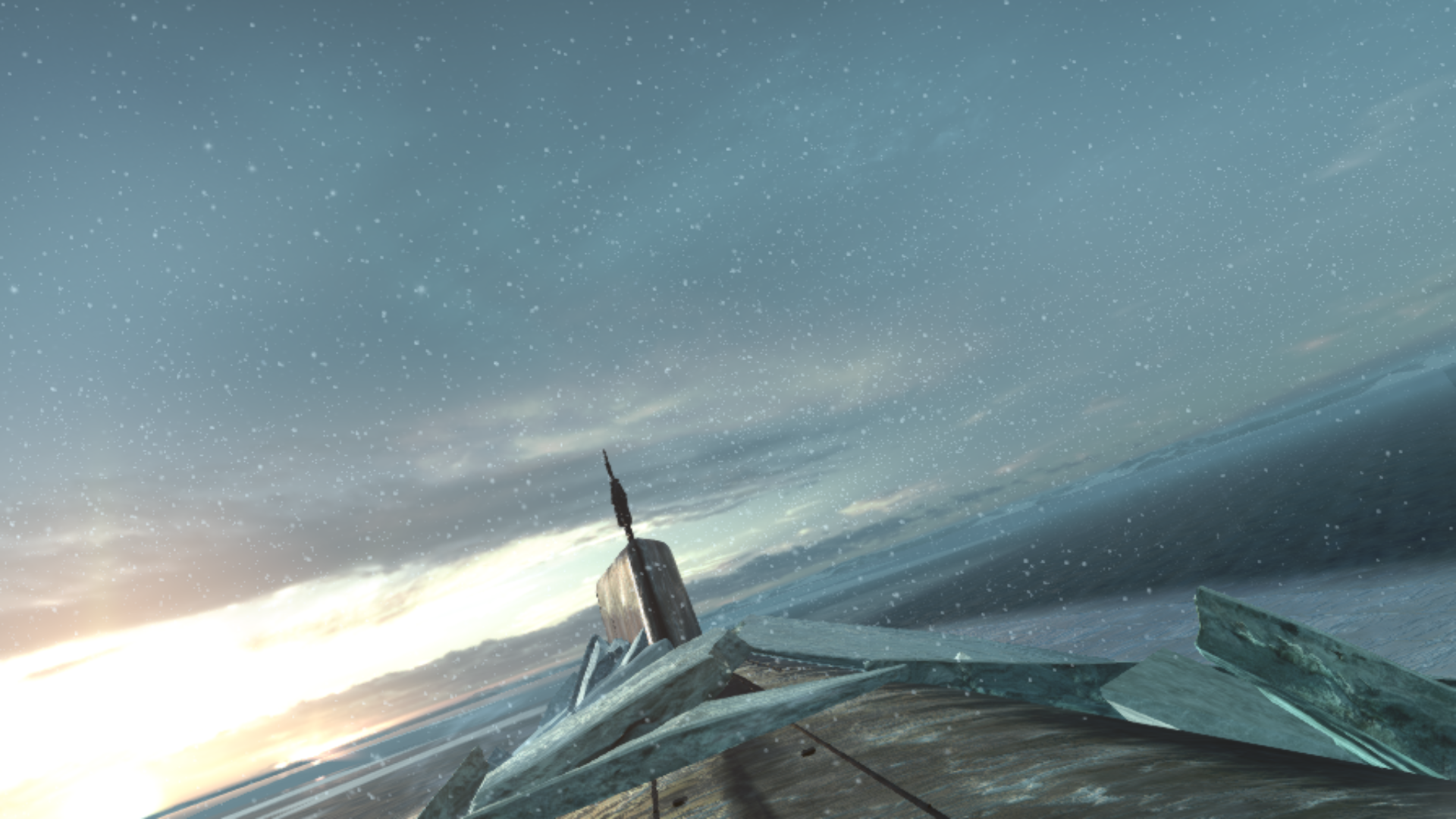 And suddenly our savior team appeared from under the surface with a submarine and we were saved for now.

Ghosts is a success project of call of duty. It's missions are so cool that you'll think of keep playing all day long.
And this mission "Clockwork" is one of the best. You did good.

Yeah I agree and I'm loving this game. And I liked this clockwork mission as well.
Thanks for the compliment.

Cod Gosts has a great story, I loved it at the time, plus it featured my country hahahahahah I enjoyed it a lot when I was a teenager.

I agree that it has great story and I'm enjoying playing it. I've heard from another person about featuring his country and it really feels good when you see your country in a popular game.