Ghosts: End of the Line.

This time I'm going to show my second play of Call of Duty: Ghosts where I completed a mission: Ghosts: End of the Line. This mission was about infiltrating a weapon factory to find out what the Federation has been building. 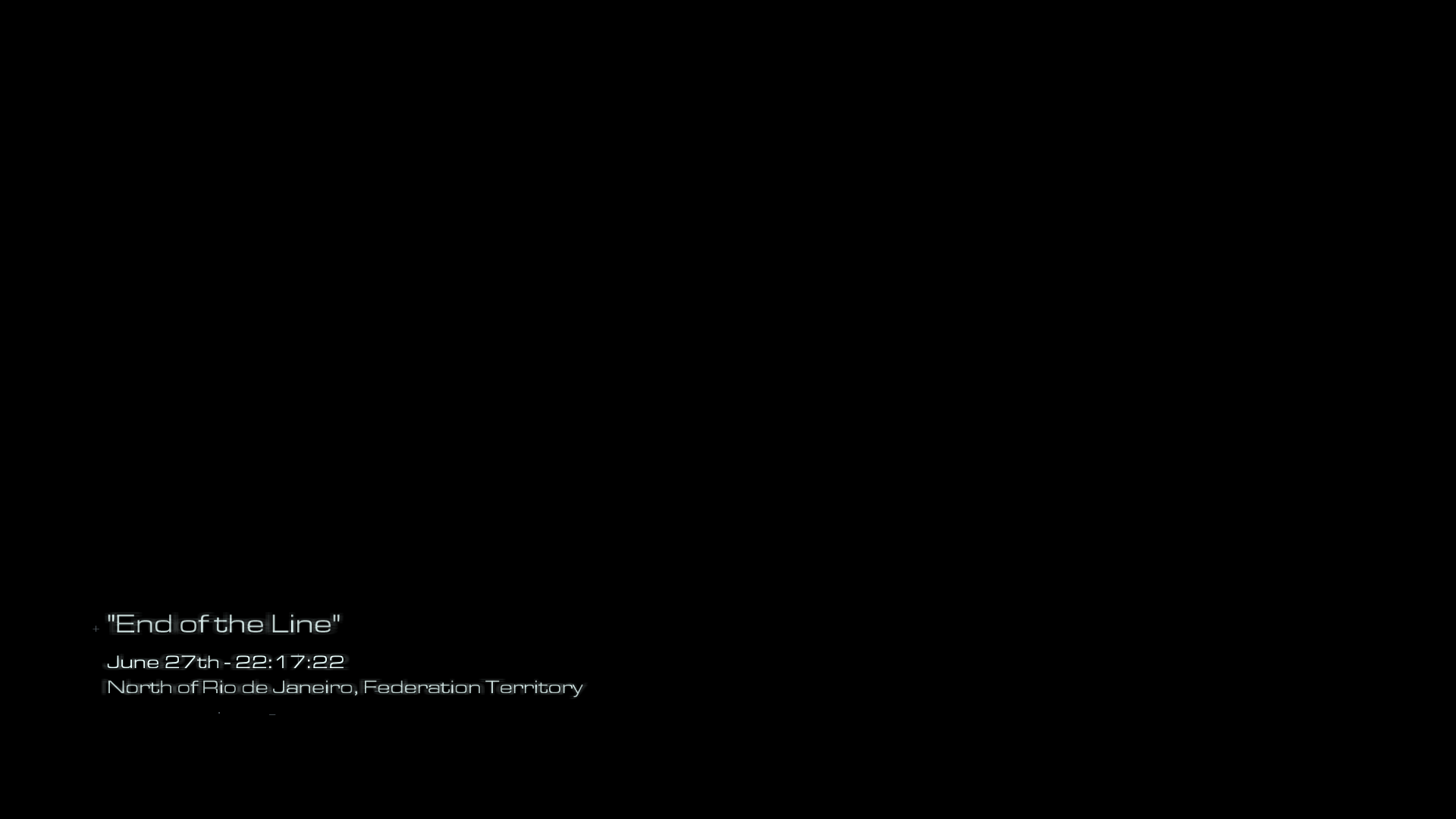 It was at North of Rio de Janeiro, Federation Territory at June 27th and it was Logan Walker whom I got to play the mission with. This mission took place at the same day of Into the Deep.

There we were inside a forest in a stormy night. It was Merrick and me there for the mission (I thought). 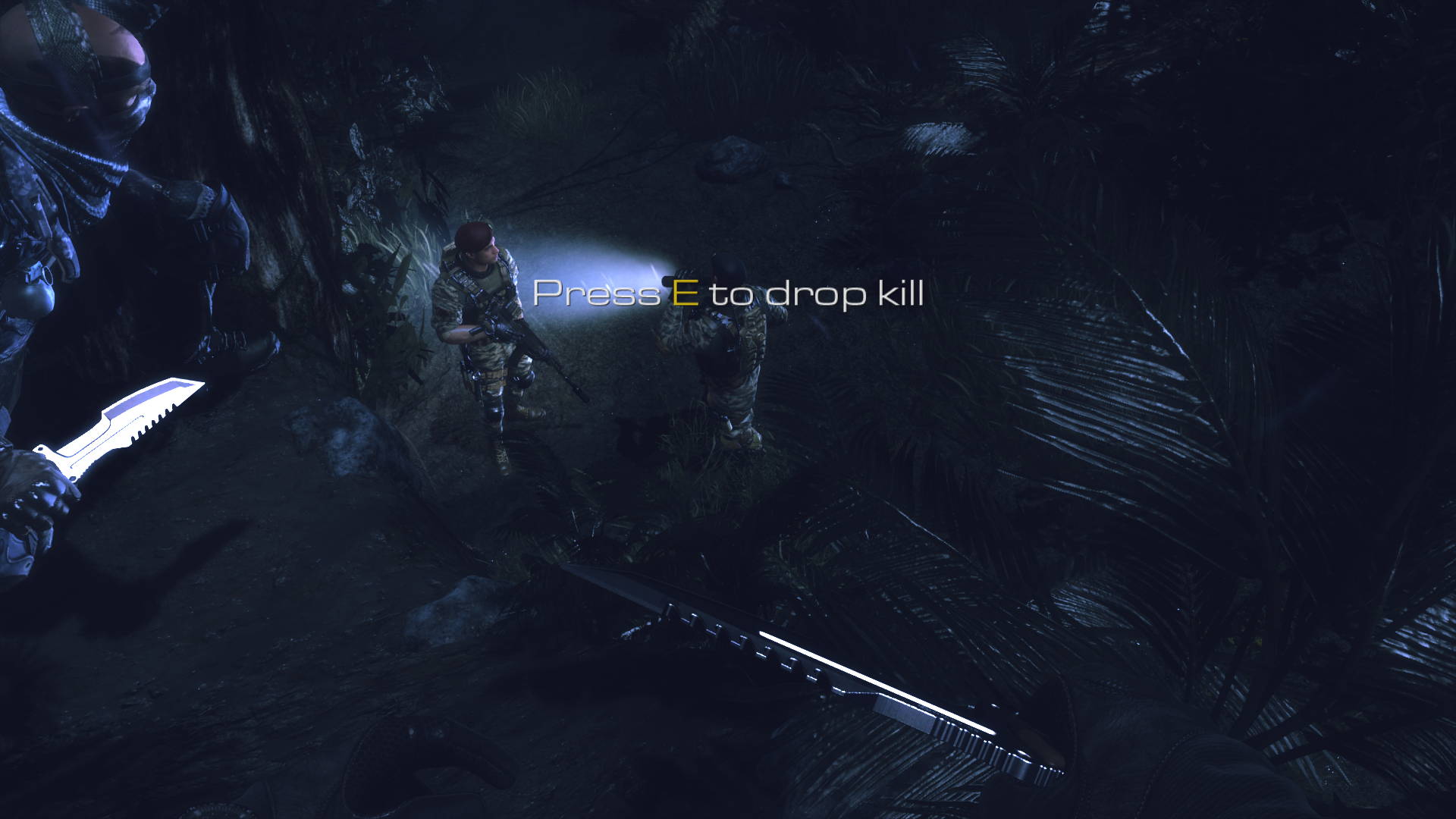 After slowly walking forward a little, we've found two enemy soldiers talking among themselves and we had to drop kill them. 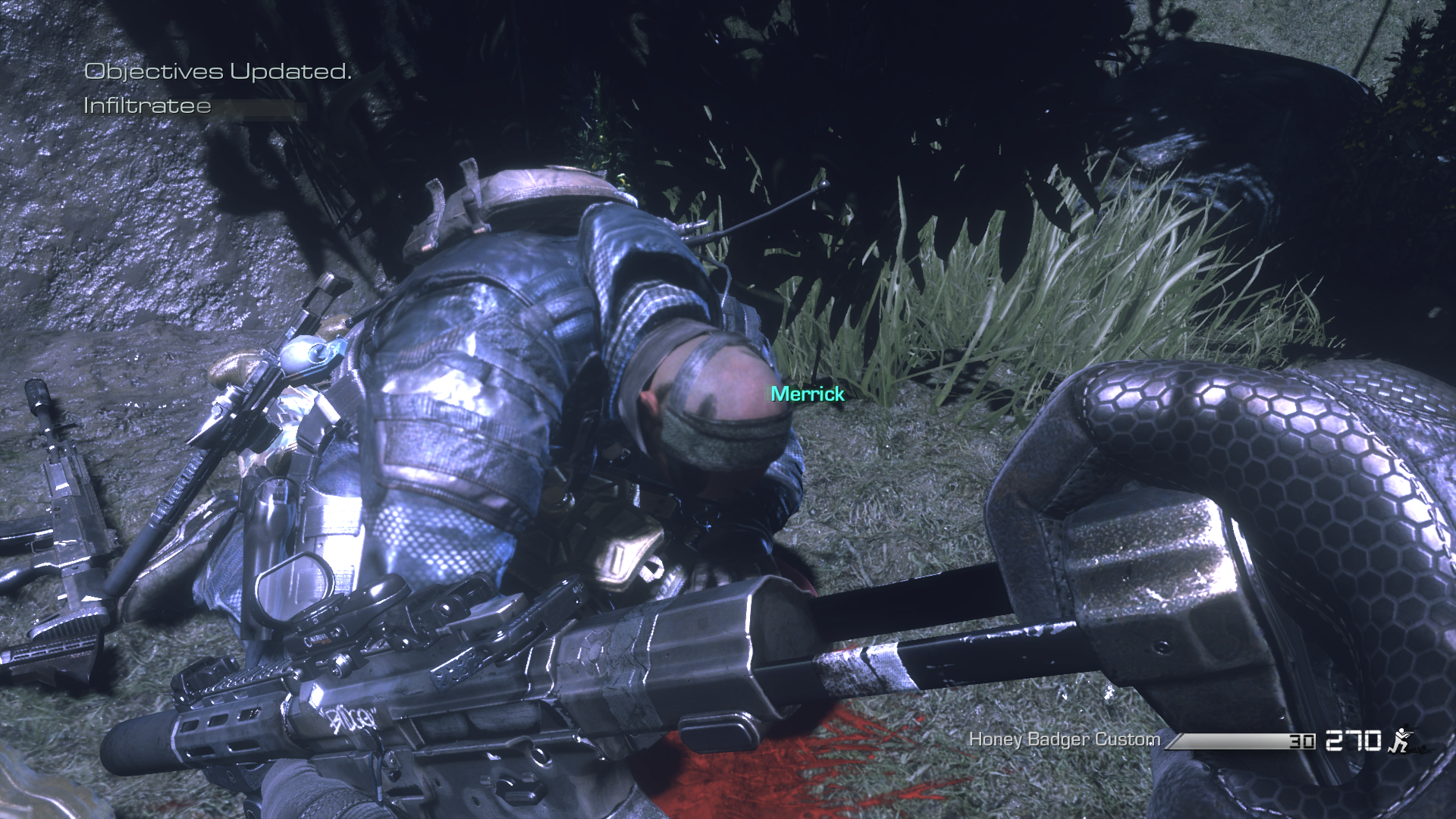 There I killed on and Merrick killed the other one with knives. Then we had the updated objective to infiltrate the factory. 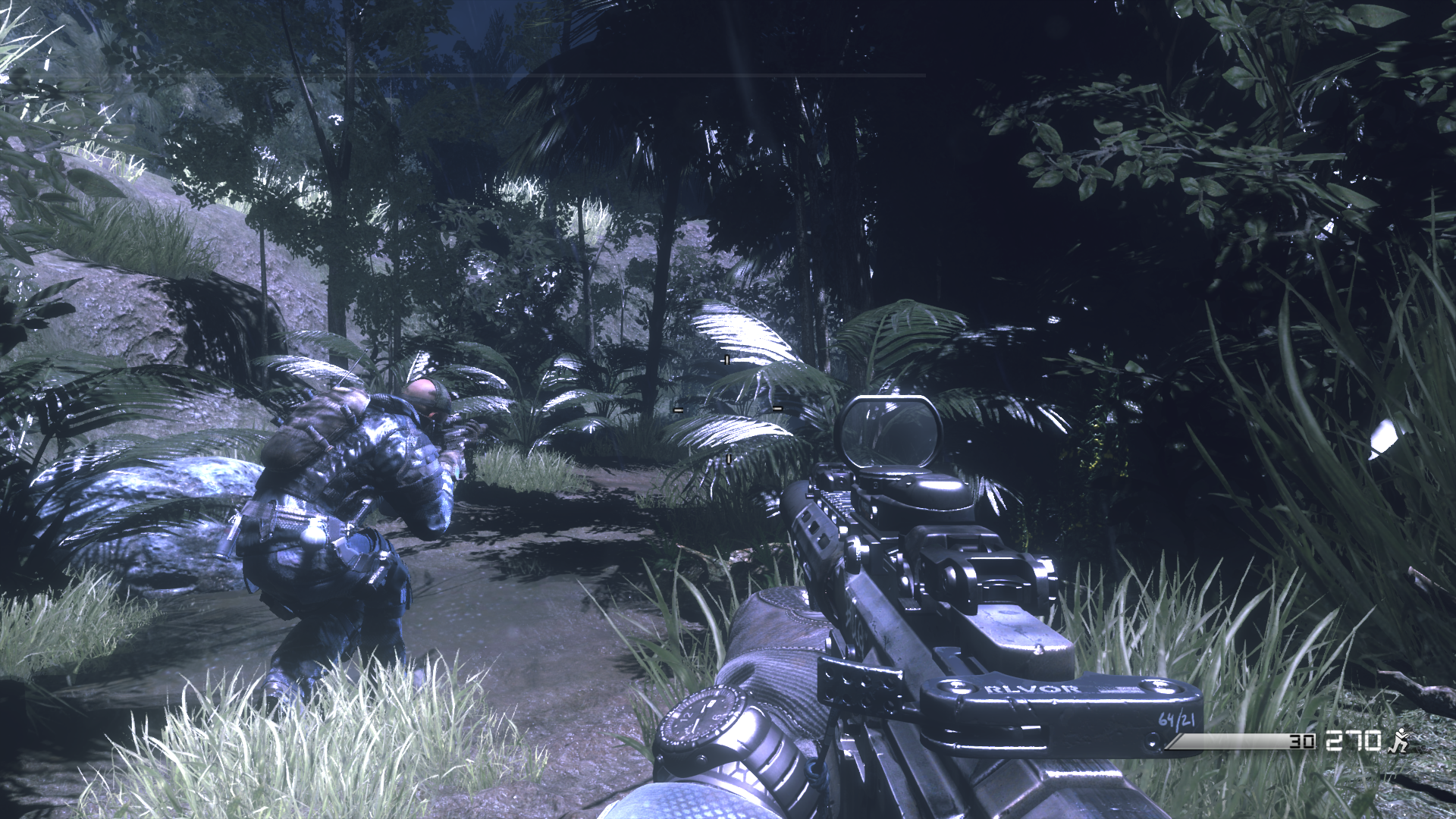 We kept moving forward while I've heard from the comms that there are more of our team members who have eyes on the factory. 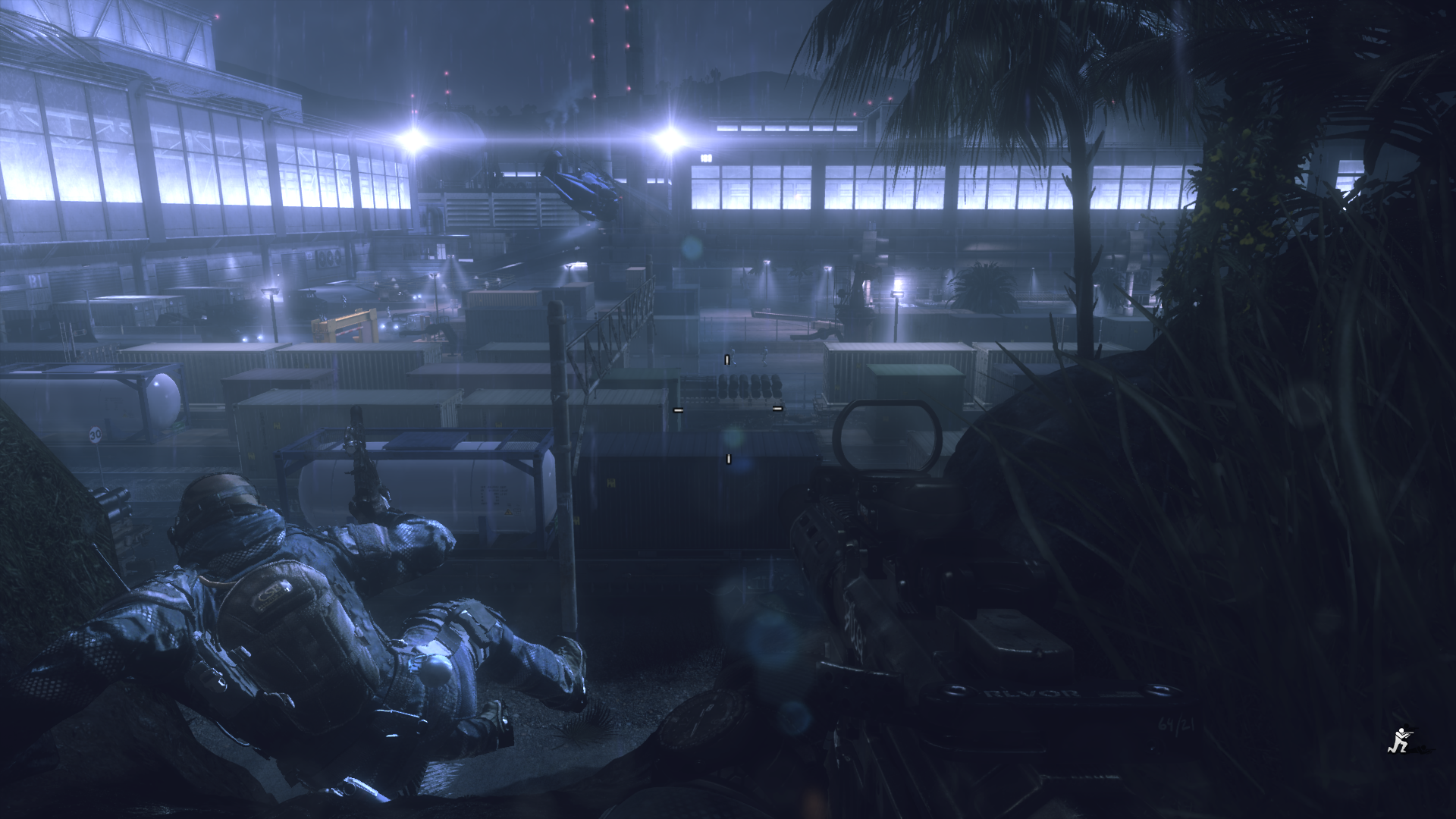 And then we approached our entry and we went close to the factory and we jumped to the ground. 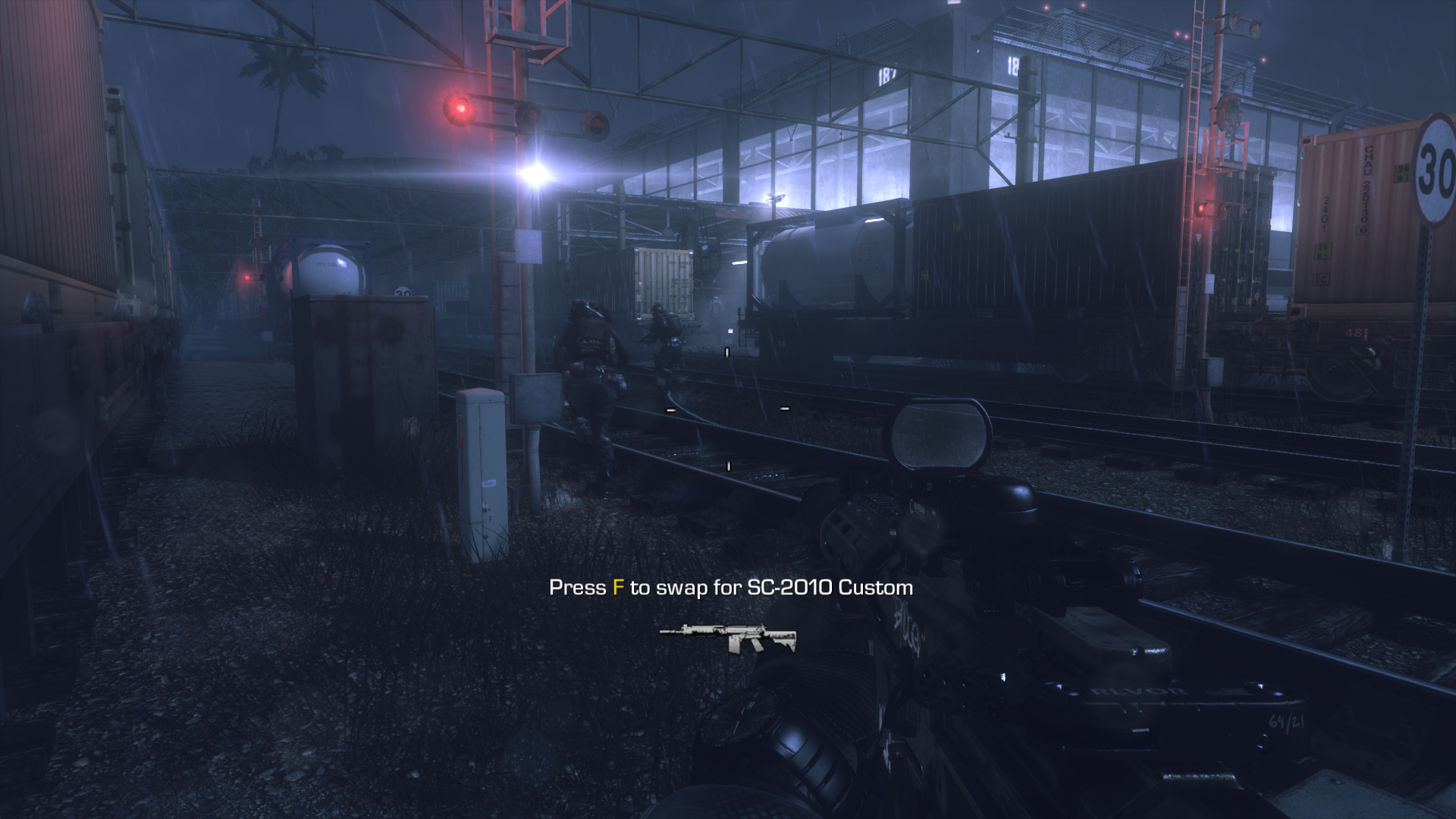 More of our team members joined us from there and there was an enemy guard standing close to a train whom I took down silently with the knife.

Then we kept moving forward and we've found some enemy soldiers doing something over there and we took the shot and killed them all. We had silencer set to our weapons. In the meantime I switched my handgun with a big gun of an enemy. 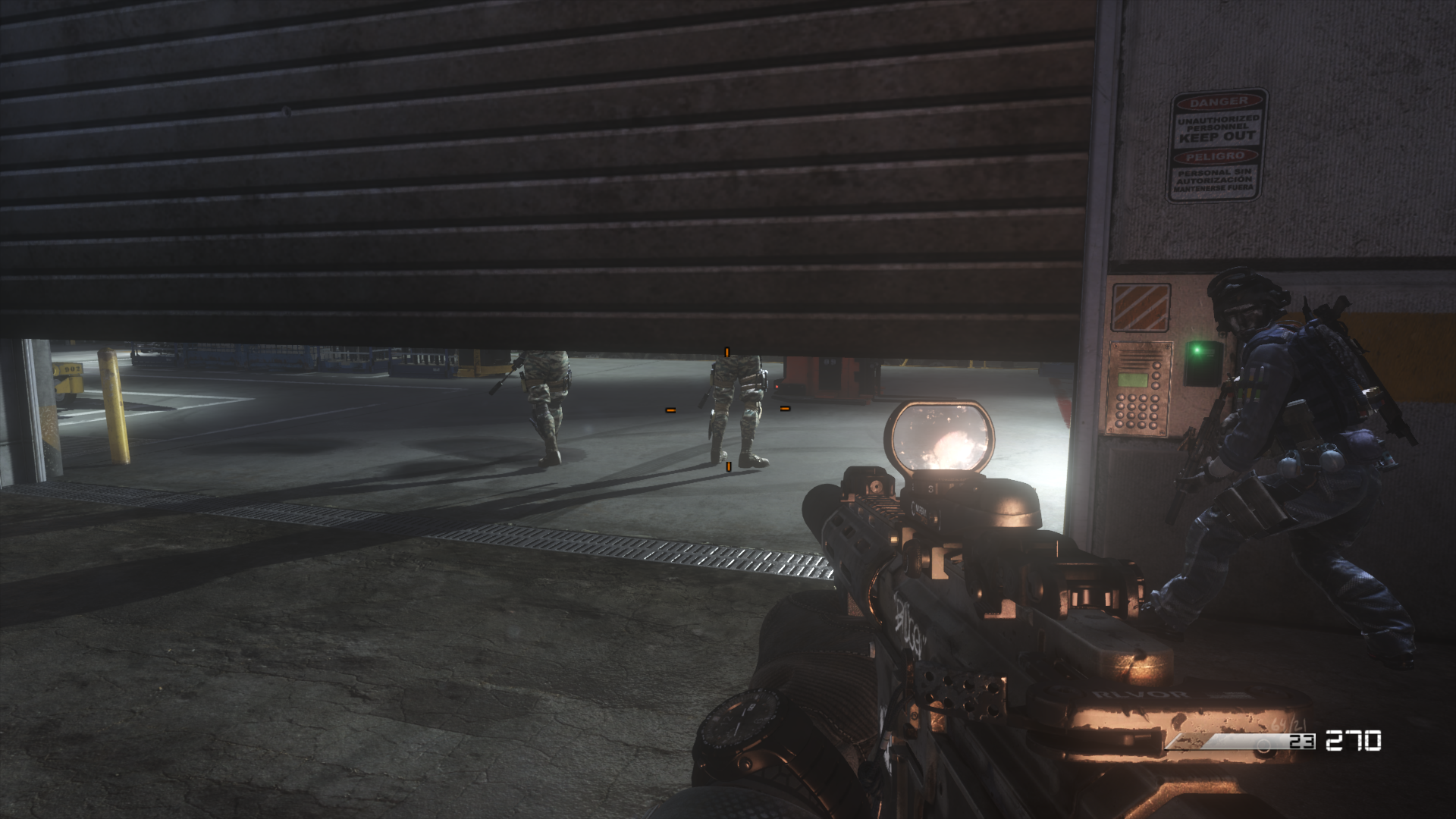 Then one of our team member opened a shutter door and there were two enemy soldiers and I killed both of them. 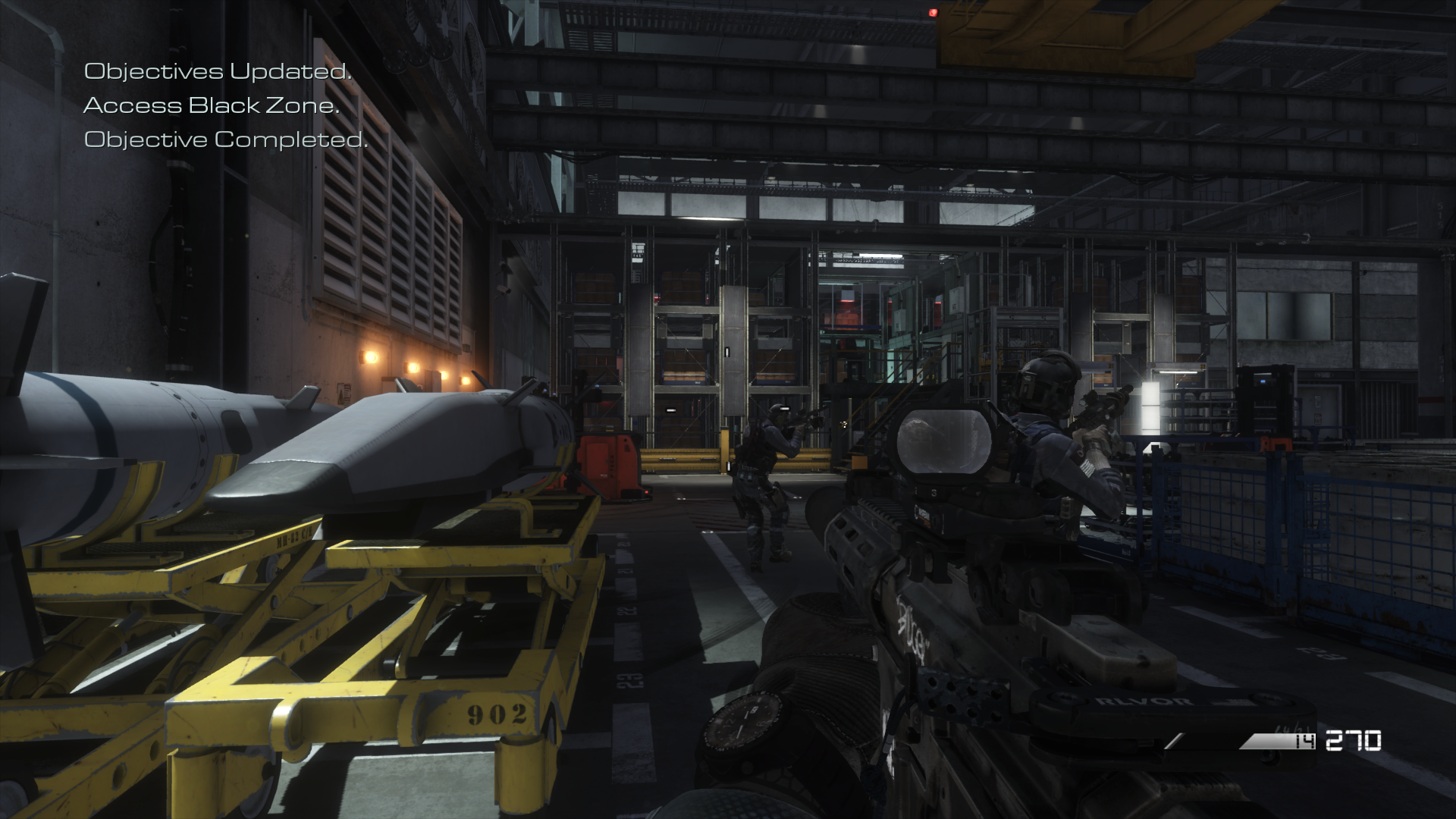 Now we had the updated objective to access the black zone.
There were some enemy soldiers on the way that we had to take down and it seems the enemy solders wanted to make it safe whatever was there. 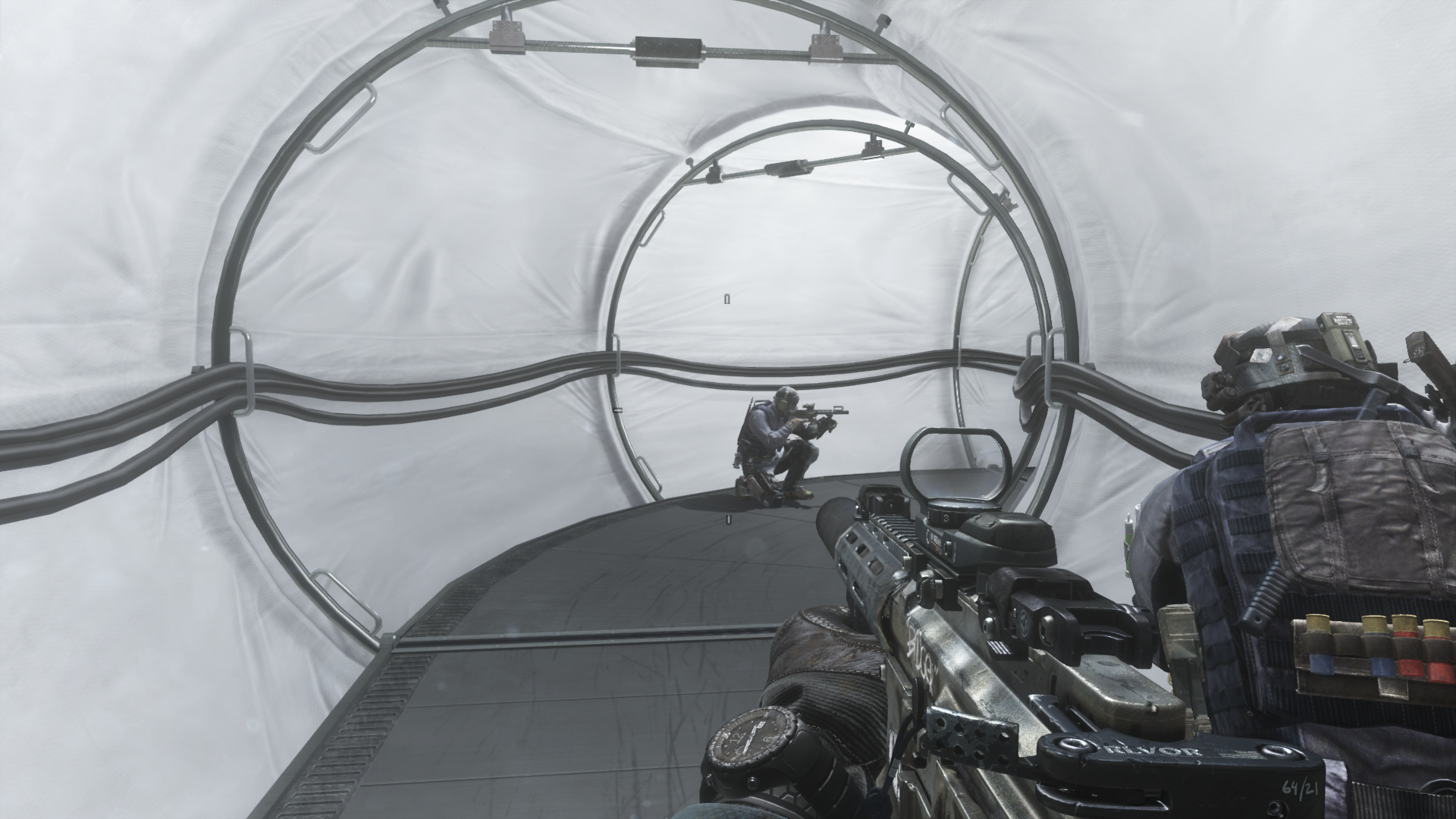 To access the black zone, we had to walk through a tunnel covered with white fabrics. 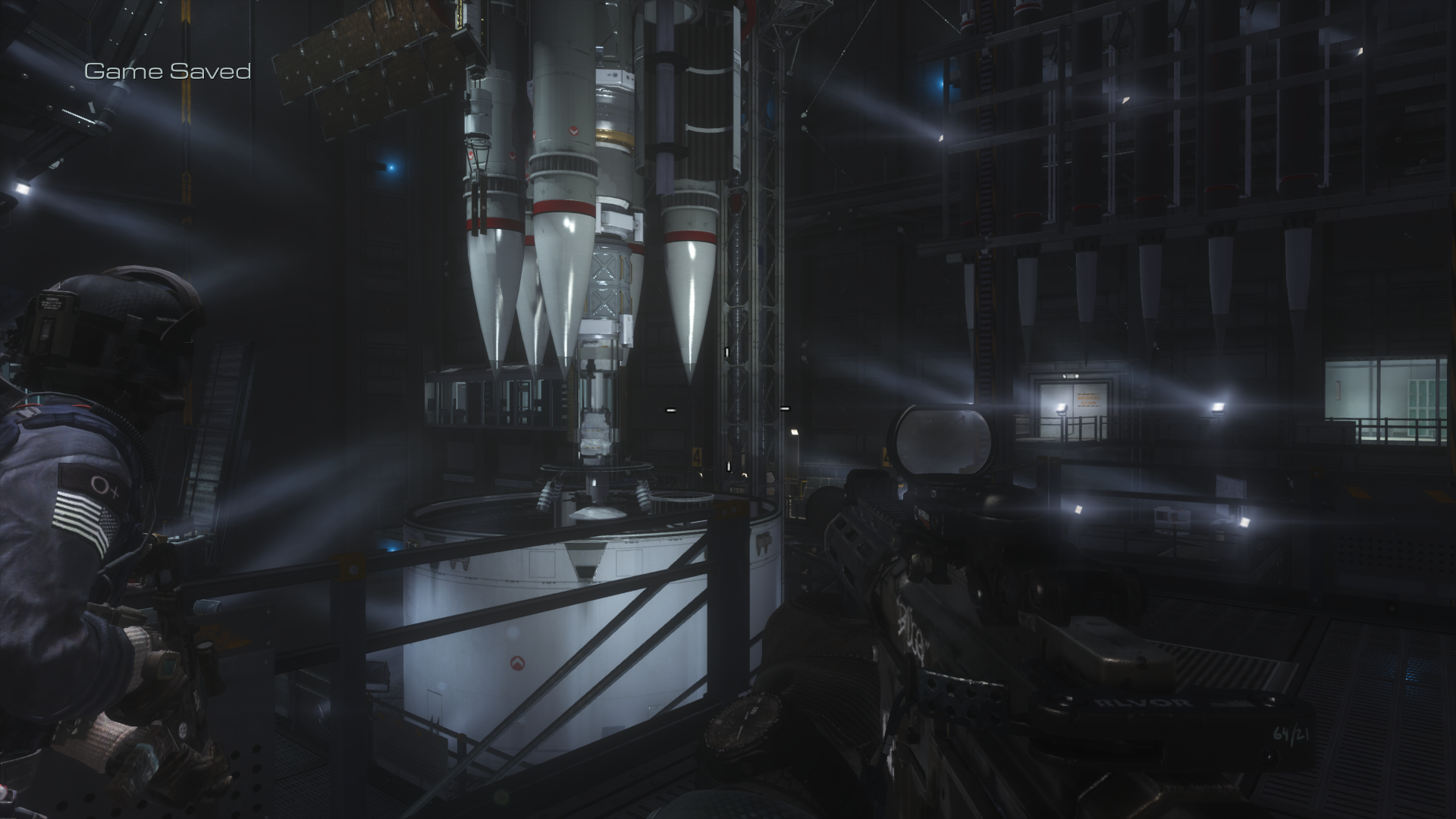 It looks like a weapon factory where they were manufacturing missiles. 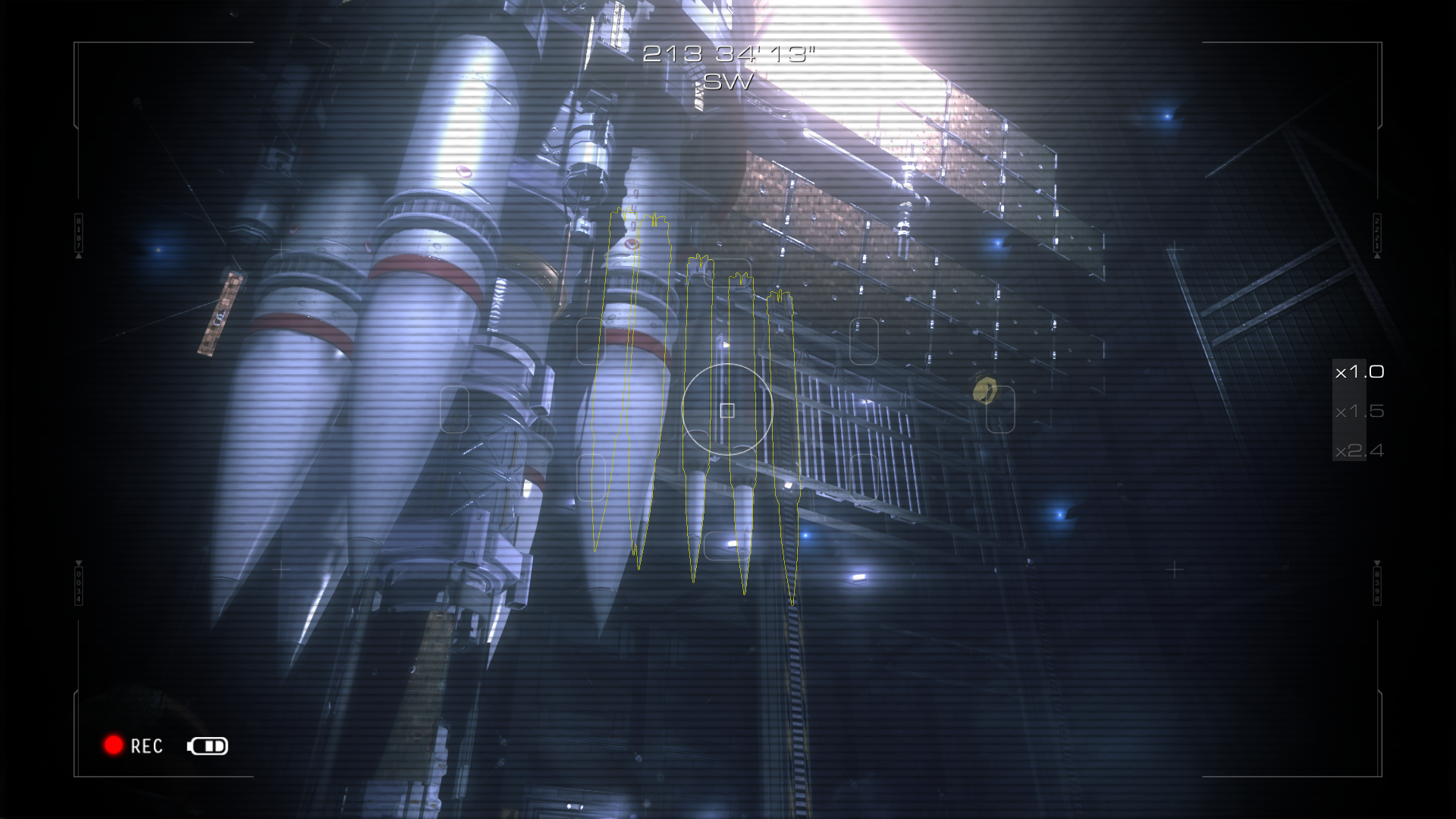 Now I had the update objective to upload visual scans of the weaponized rods so I activated the camera and did the thing. 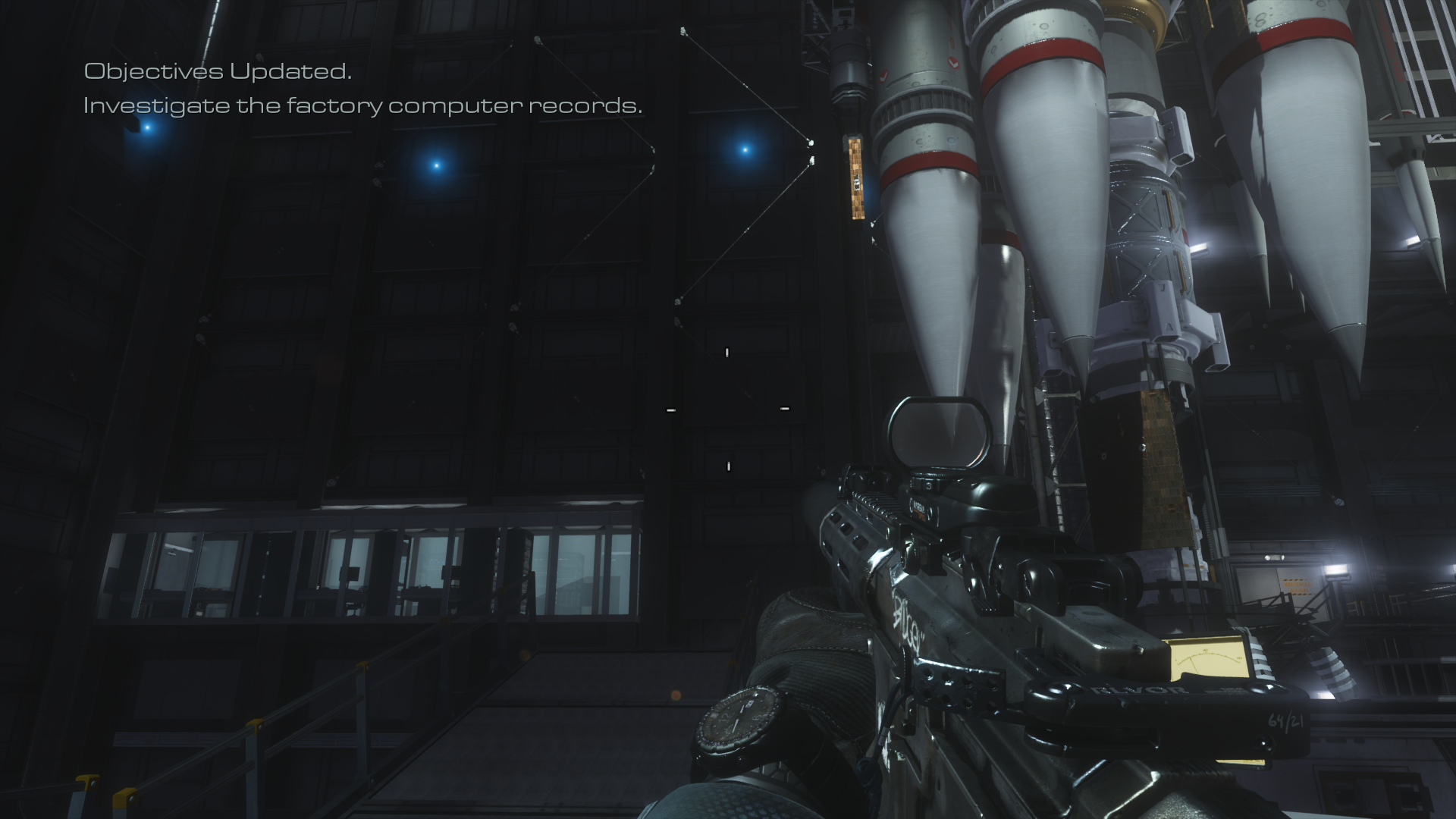 And then we had the updated objective to investigate the factory computer records from the server room and to get to the server room, we needed to pass another tunnel made of white fabrics and another machine room and we didn't found any enemy soldiers on the way. 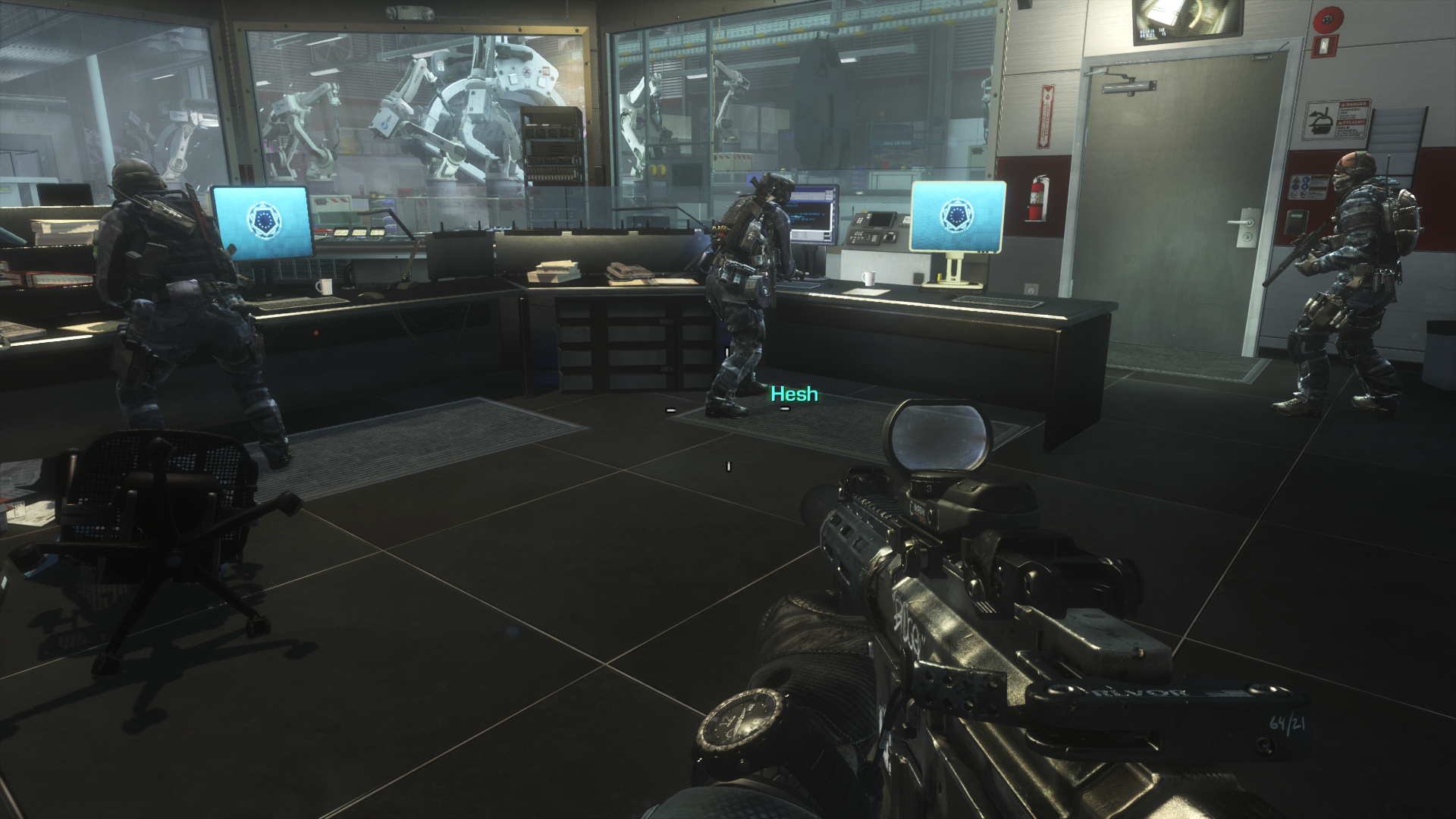 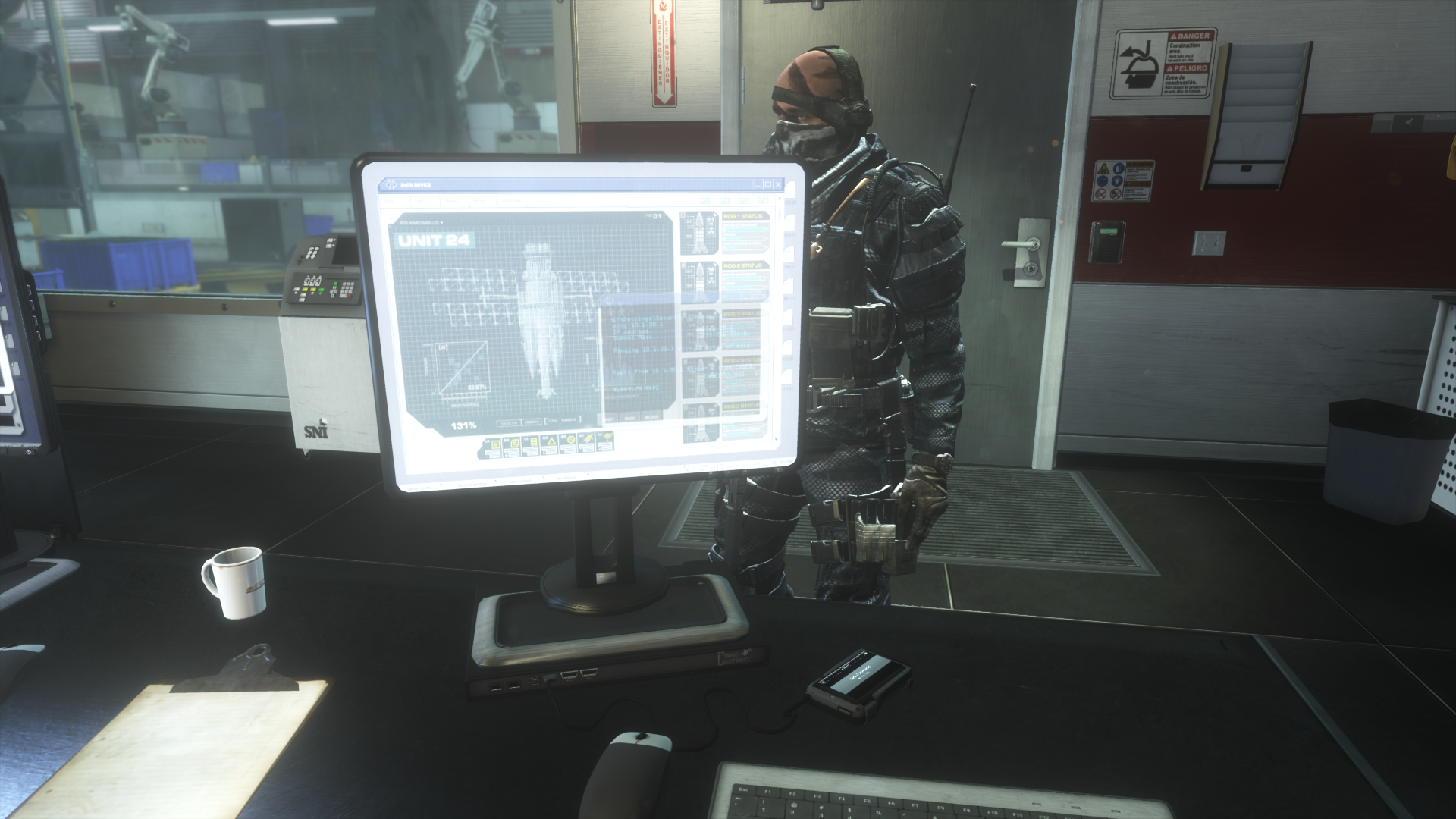 After getting to the server room, we had to find data and collect from the computers and I had one computer to collect the data from.

While collecting the data, we could see from the CCTV live footage that enemy soldiers were heading towards us so we got the order to grab the data and escape fast. 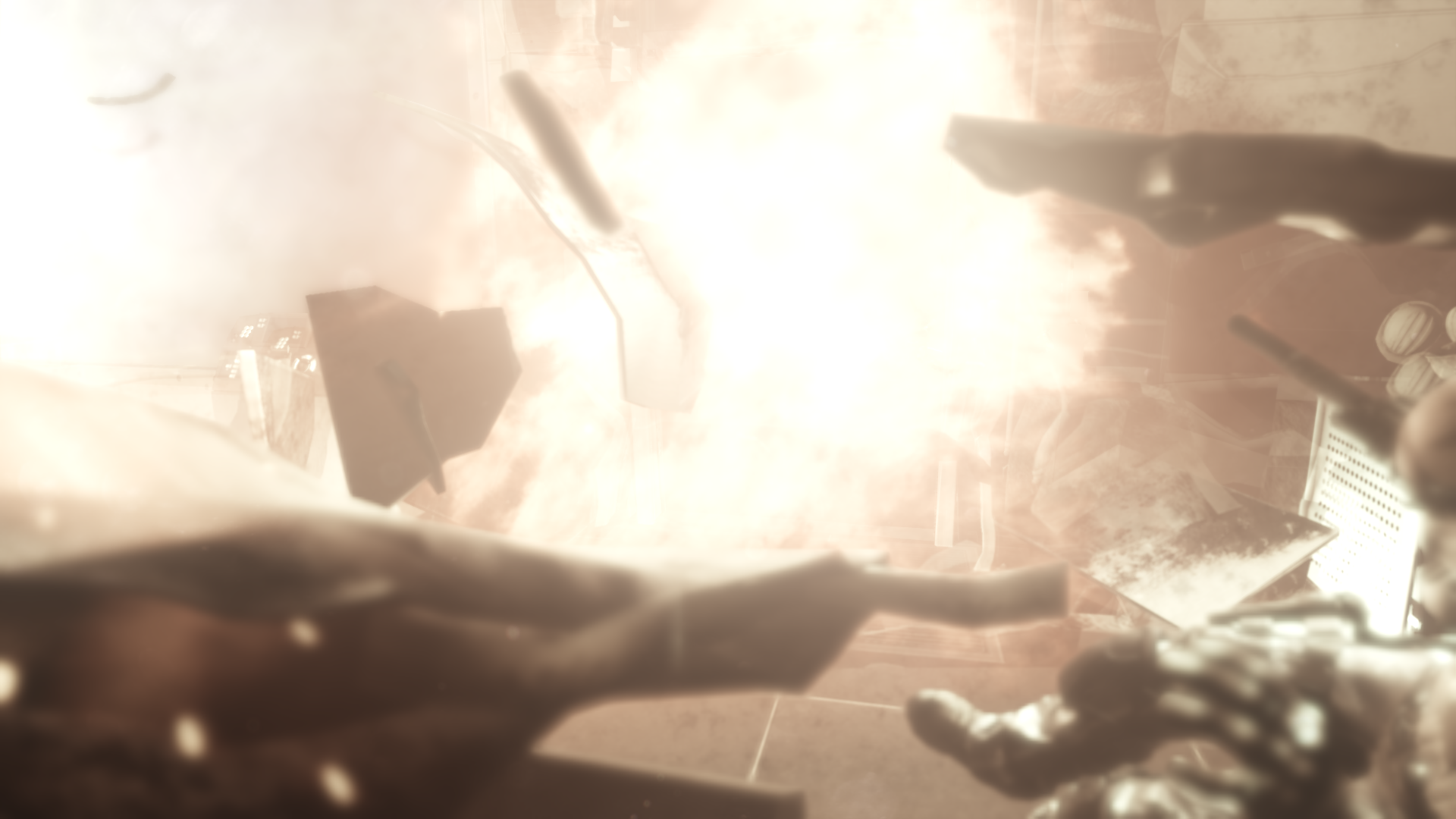 Suddenly there was a blast and enemy soldiers came to the server room and we somehow took them down and saved ourselves.

Now we had the updated final objective to escape the factory. 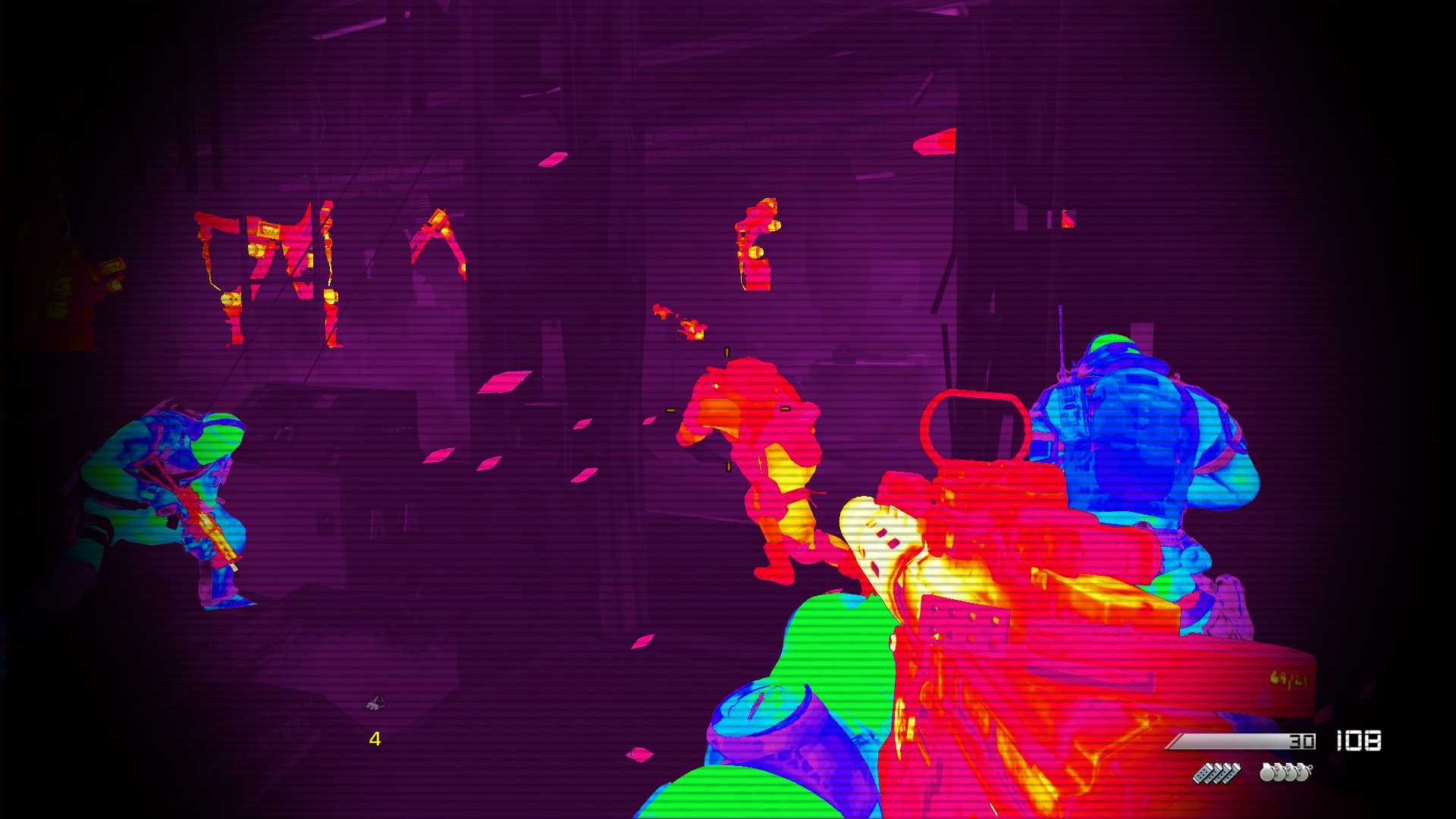 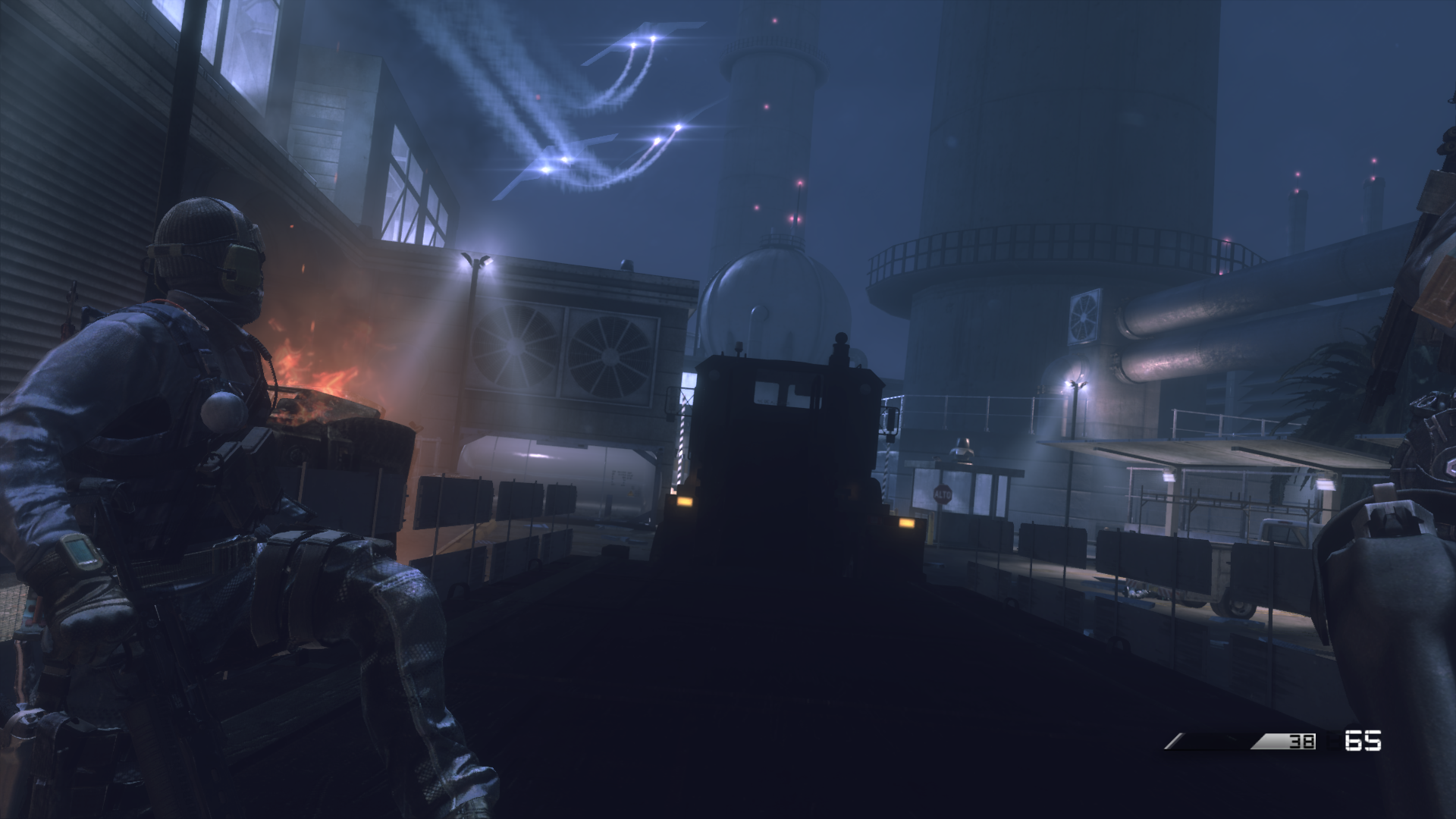 Then we escaped the factory through the rooftop and one of our team members started driving a big truck and the rest of us got on the back of the truck.

There were destruction everywhere as a chopper was throwing bombs, its got to be our chopper as the factory was getting destroyed by the bombs although I shot the chopper for a moment thinking its enemy chopper.

There were enemy vehicles following us and we shot them down as well. 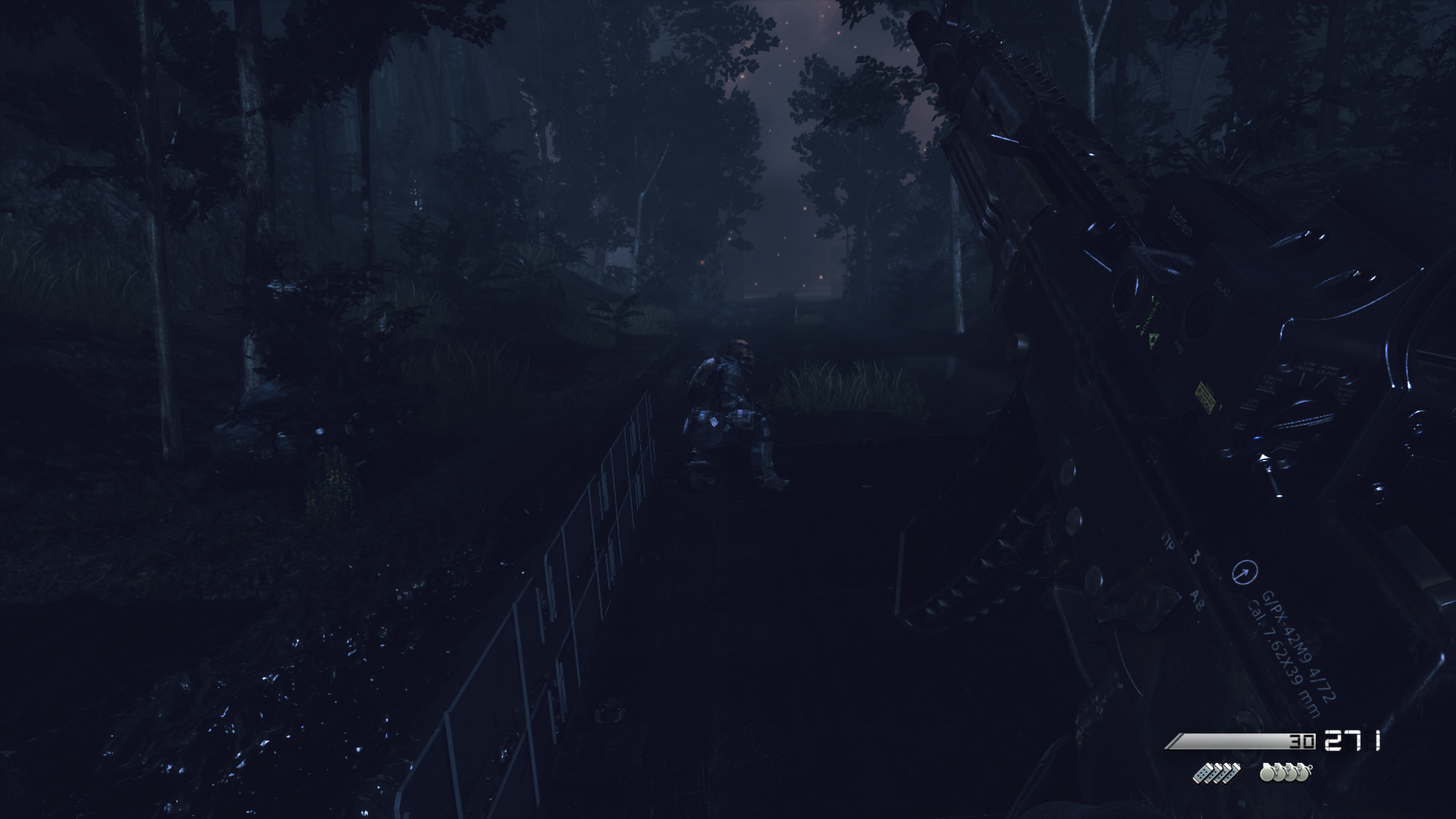 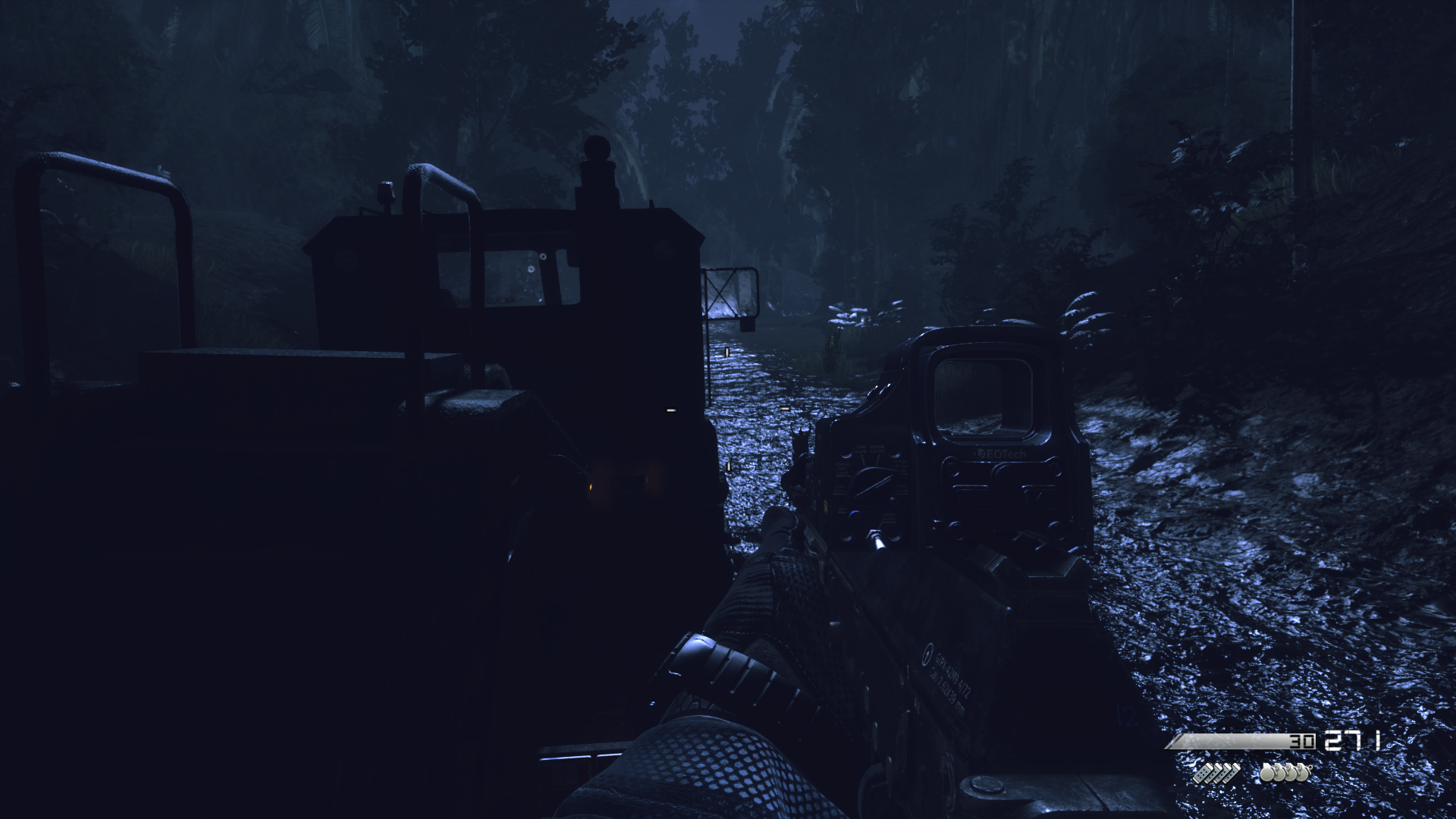 At last the mission was completed as we escaped the factory without getting us followed anymore.

To be honest man, I was skipping your gameplay while watching but I was still getting the thrill of the mission. The storm of the beginning is real cool.
When playing this game, sometimes it feels like you're in a real mission as a soldier and not in a game and that's what I like the most about this game or some other call of duty.

Yeah buddy the game gives much thrill like I'm in a mission myself. Thanks for commenting.