Ghosts: Into the Deep.

This time I'm going to show my second play of Call of Duty: Ghosts where I completed a mission: Ghosts: Into the Deep. This mission was about sinking the destroyer guarding the Federation's weapon factory.

It was inside Atlantic Ocean, South America at June 27th and it was Logan Walker whom I got to play the mission with. 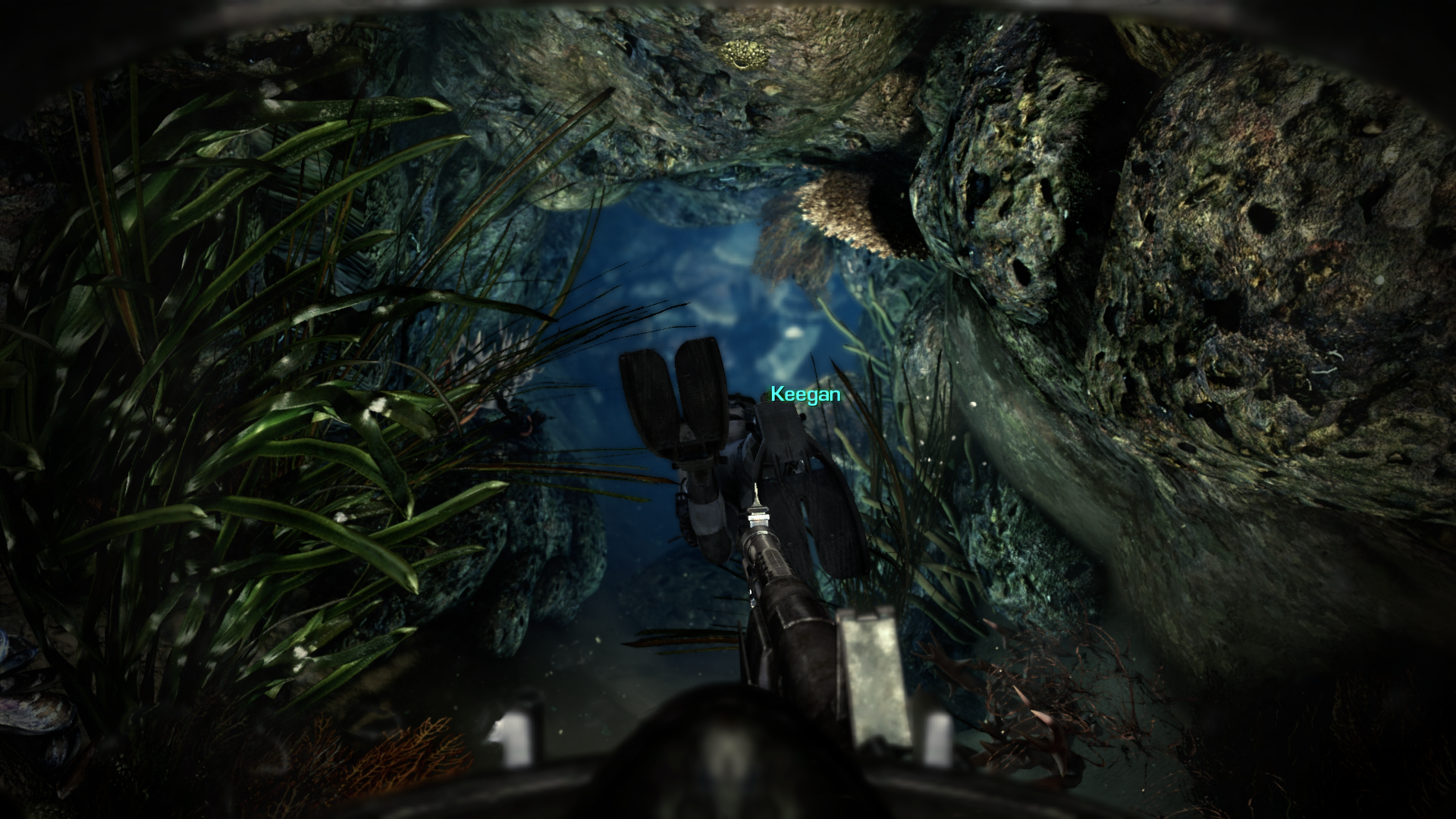 This mission carried out with only two soldiers and they are Logan Walker and Keegan. As Logan Walker, I had to follow Keegan into the deep ocean. 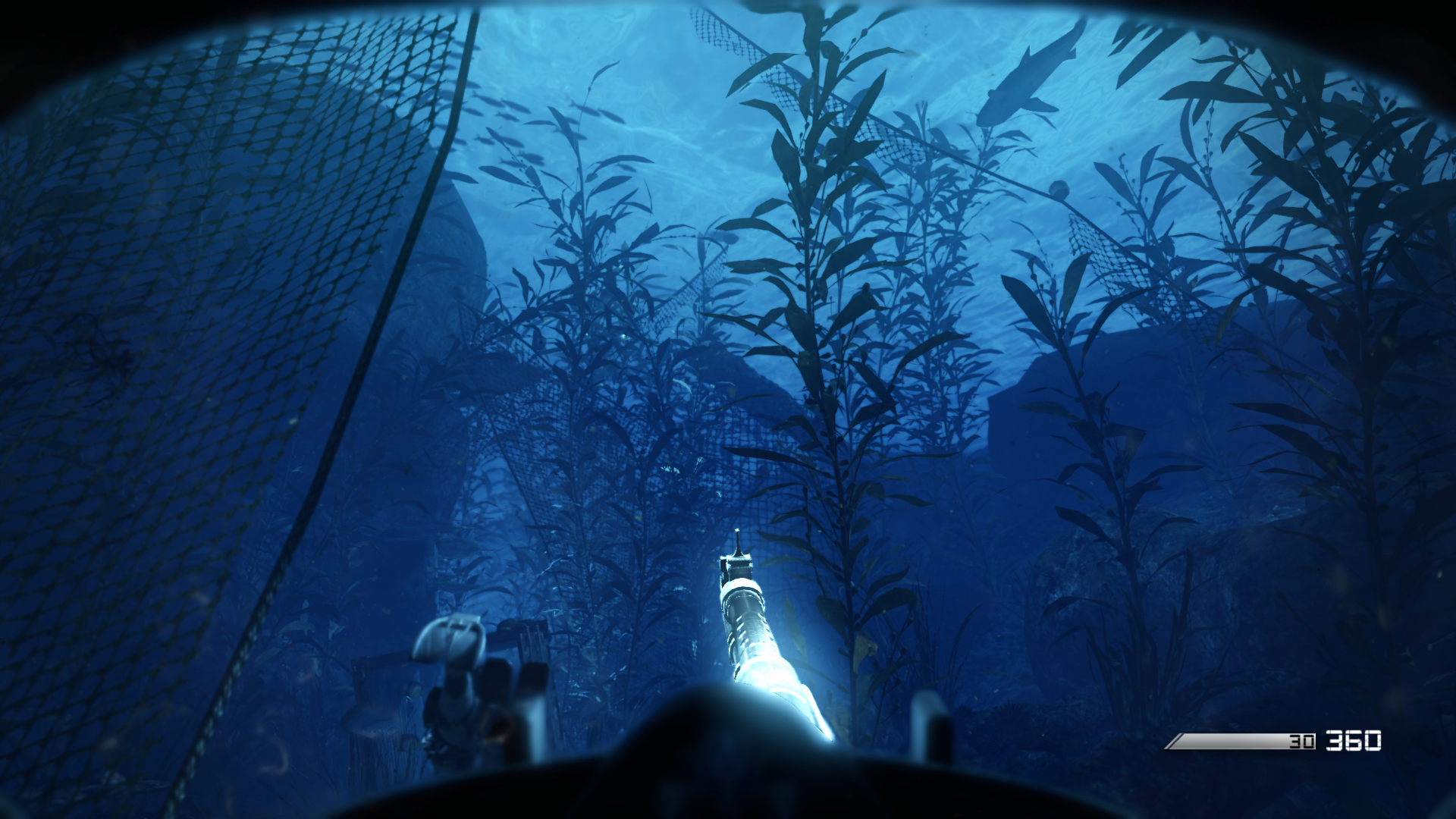 While diving inside the ocean, we've found out big fish nets and there were various kinds of fishes and among them there were man eating sharks. I was eaten by a shark there as well.

Then we kept diving forwards. 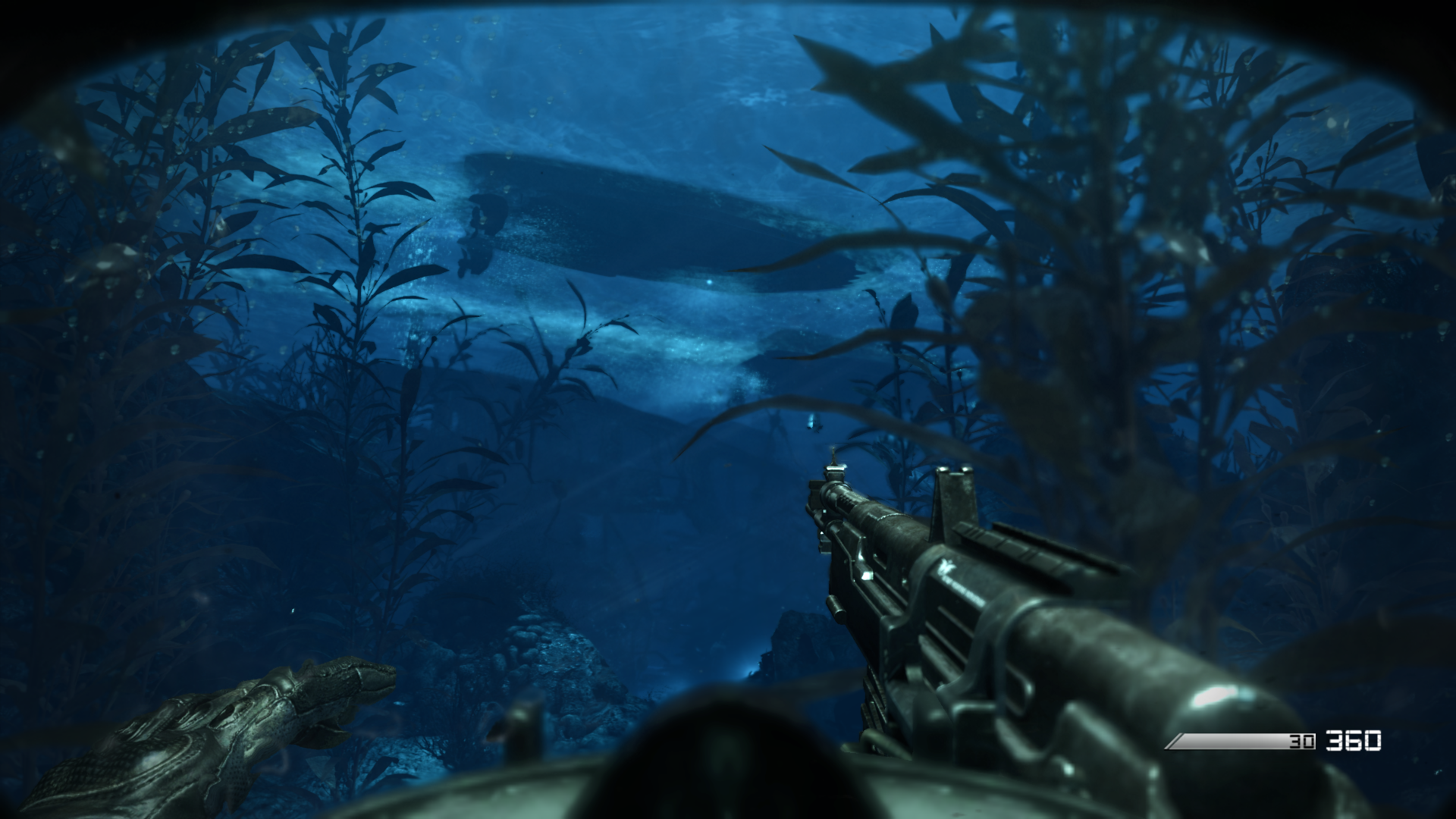 While we were not too deep, we saw two boats there and some enemy soldiers with guns dived inside the ocean.
There were two enemies on our way and I took them down. Then we kept diving forwards. 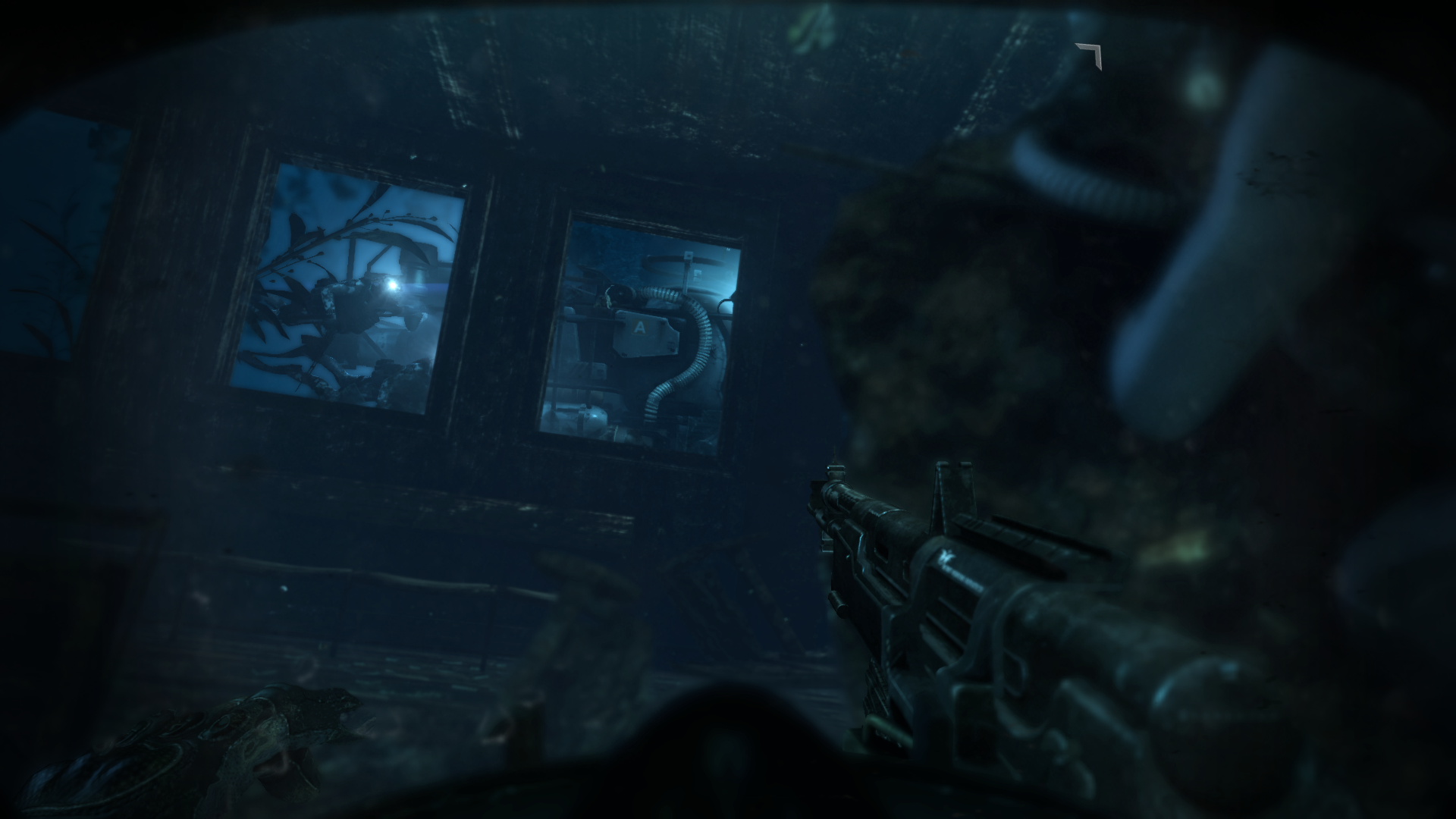 After getting inside a wrecked ship, Keegan asked me to stay down as there were some enemy soldiers and an underwater boat like a mini submarine going through. 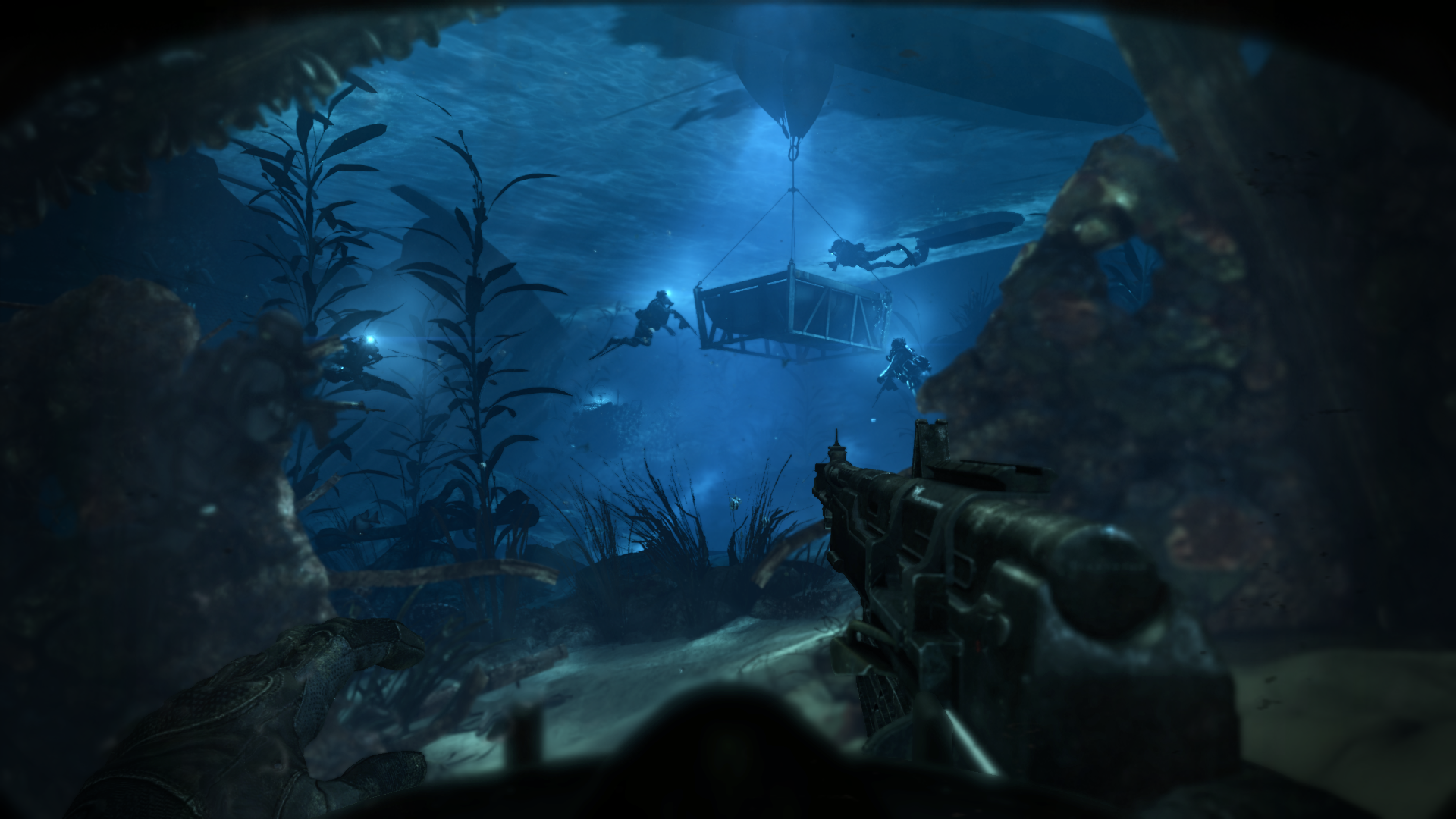 After diving through a more space, we've found out that there was kind of a delivery package under water which was carried by boats upwards and enemy soldiers looking after them while diving. 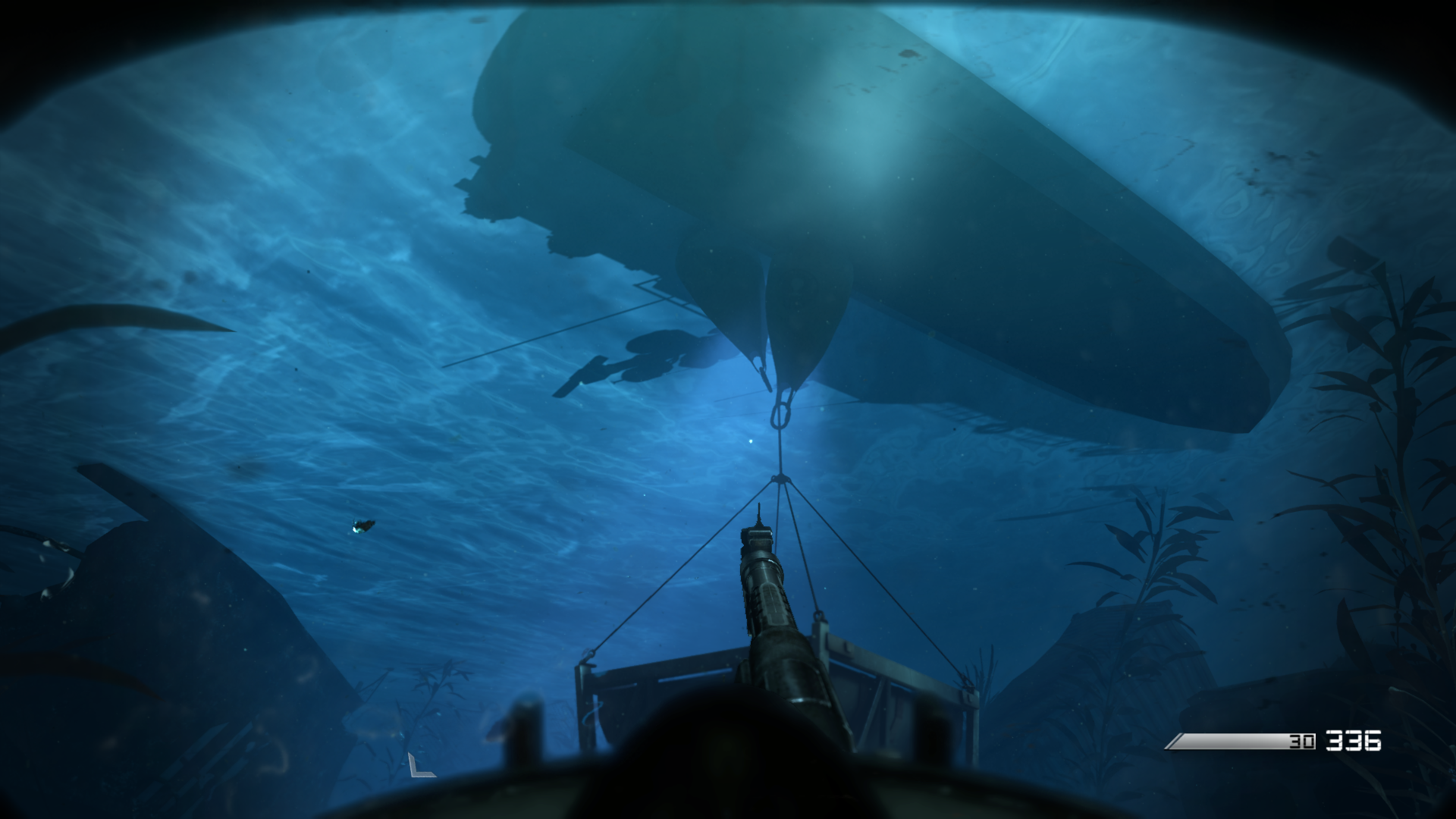 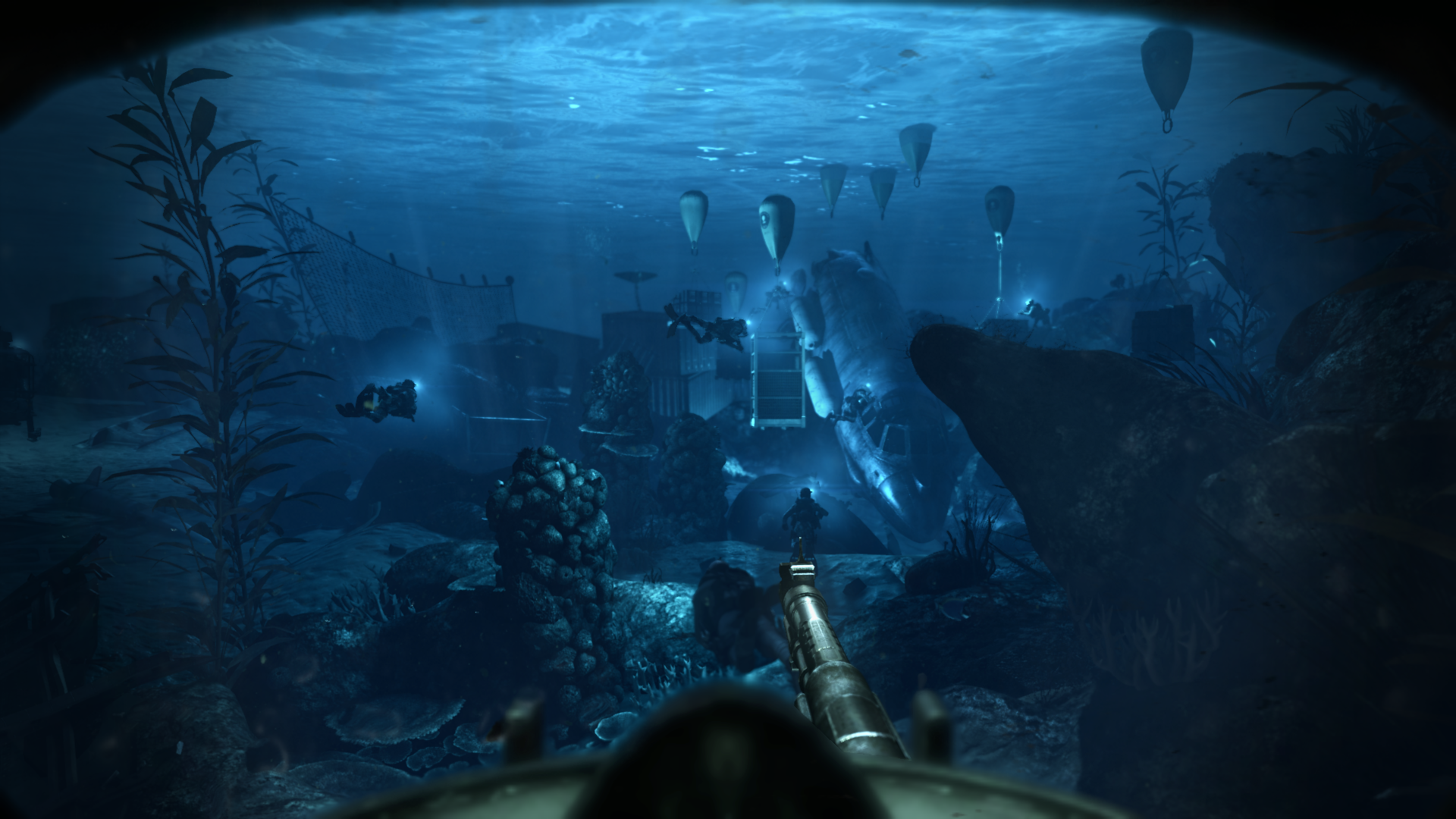 And then we attacked and killed those enemies there to clear our path.
Then after diving deeper to get to another location, we saw the destroyer guarding the Federation's weapon factory that we were about to sink. 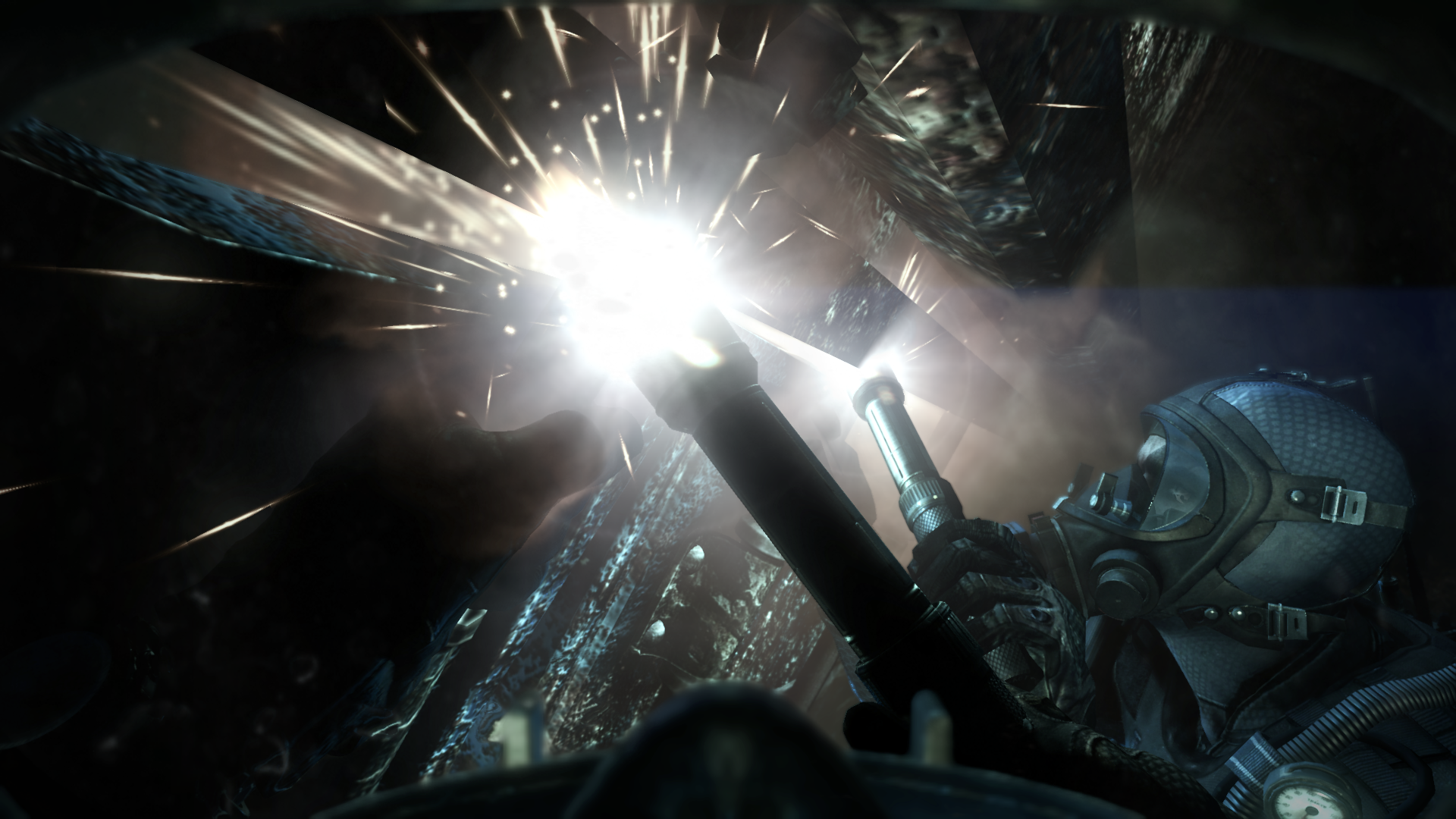 We had to cut open some doors to dive forward.
Then after following the target for some times, we went inside a wrecked lighthouse. 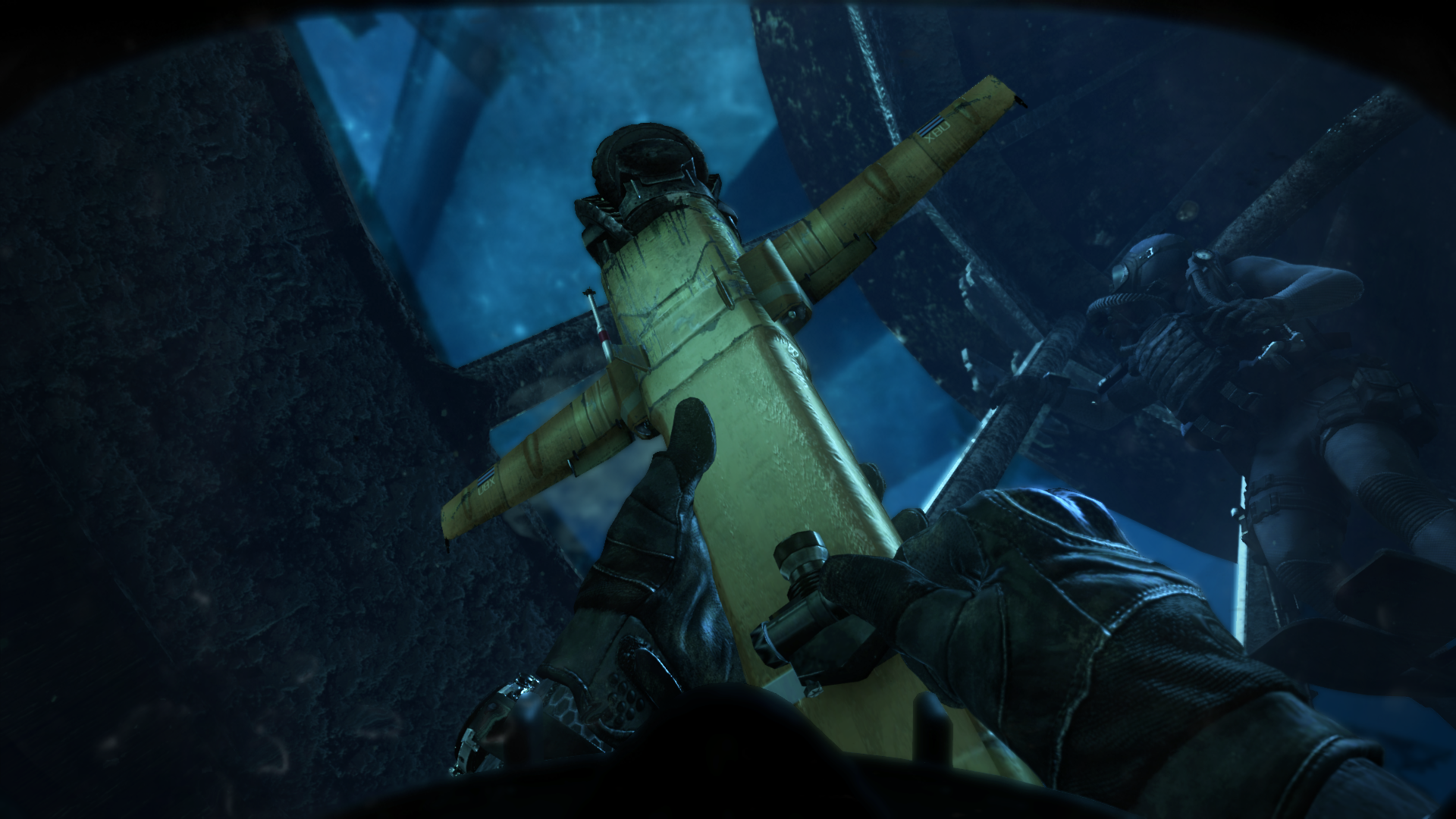 Keegan broke through a window so that I could lunch the Proteus missile and I did it. 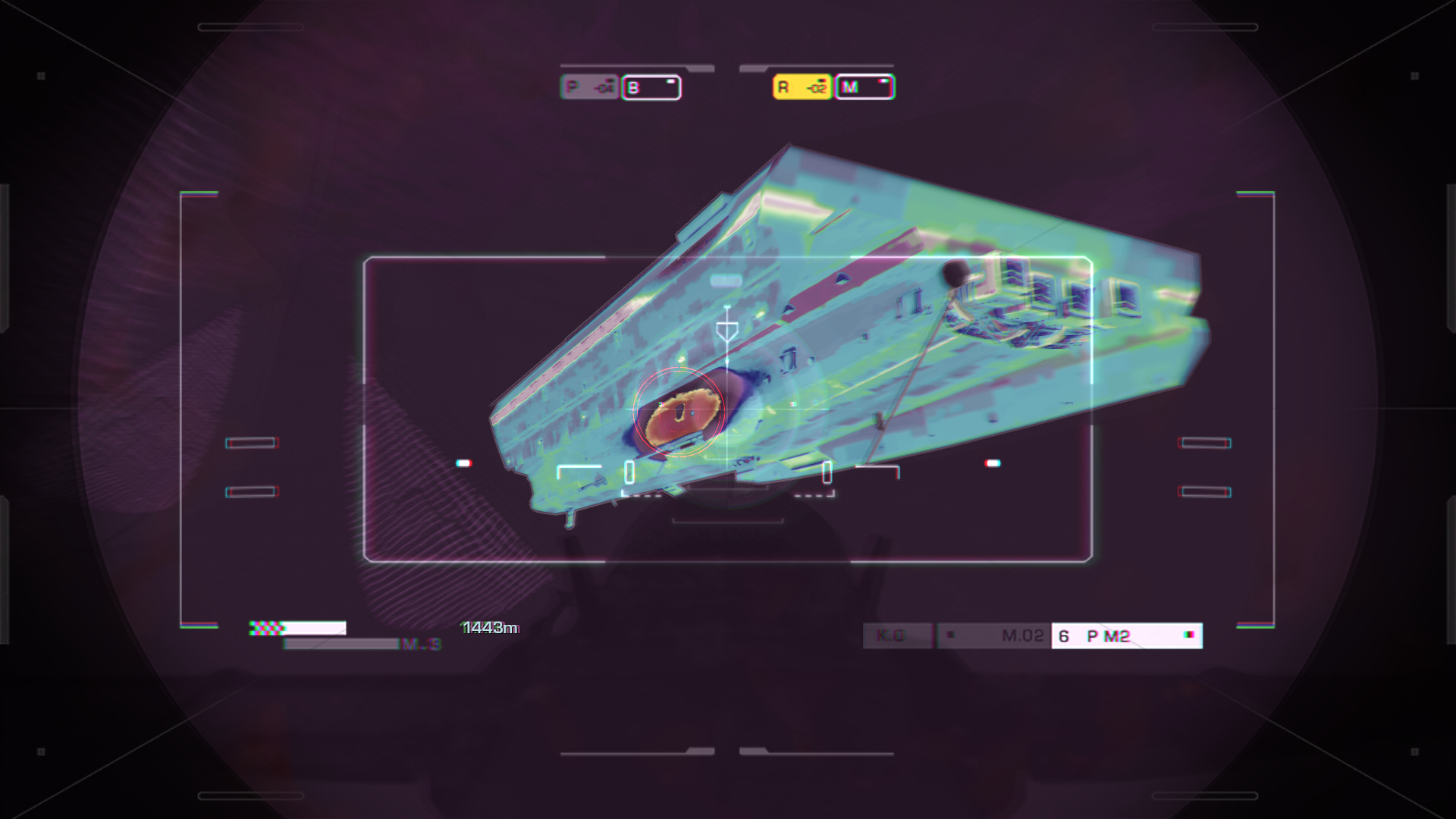 The Proteus missile was on its way towards the target and I had to control it till it hit the target successfully. 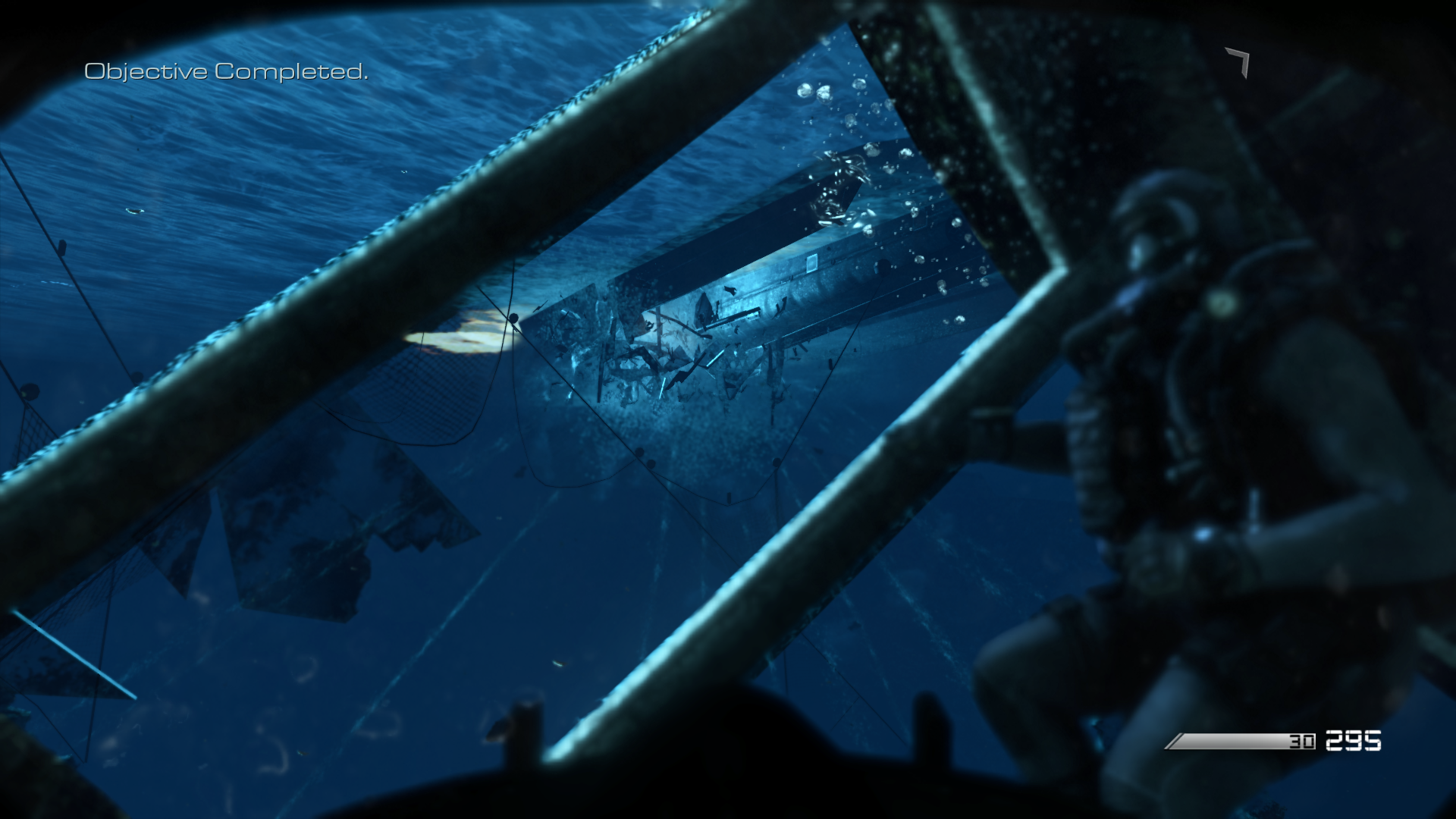 And then boom, the target was destroyed and the main objective was completed.
We were affected from the missile as well as we were like thrown beneath the surface while the missile was blasted although its normal for a missile to get blasted under water. 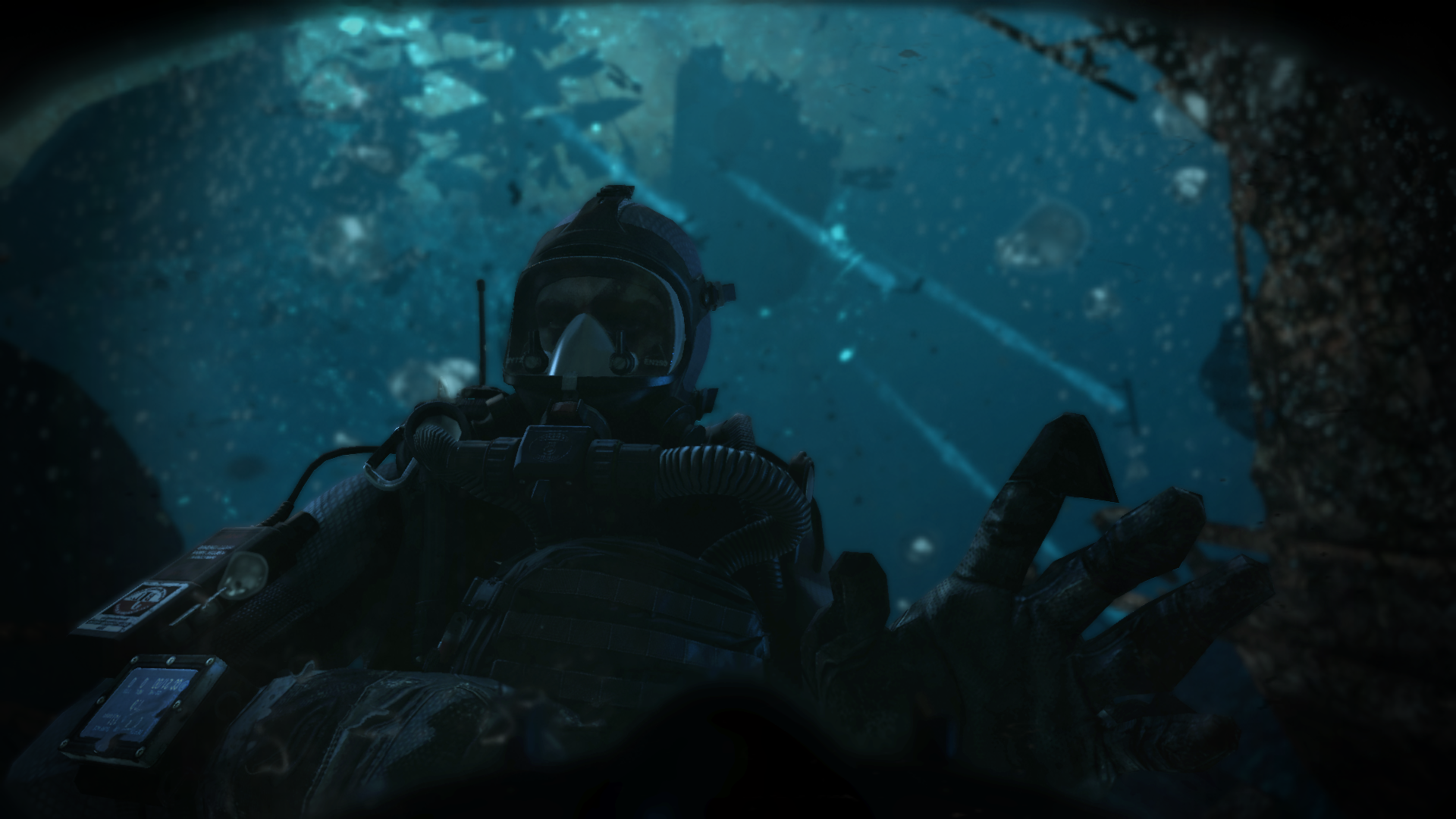 My character was struck with both hands and then Keegan came out of nowhere and saved my character. 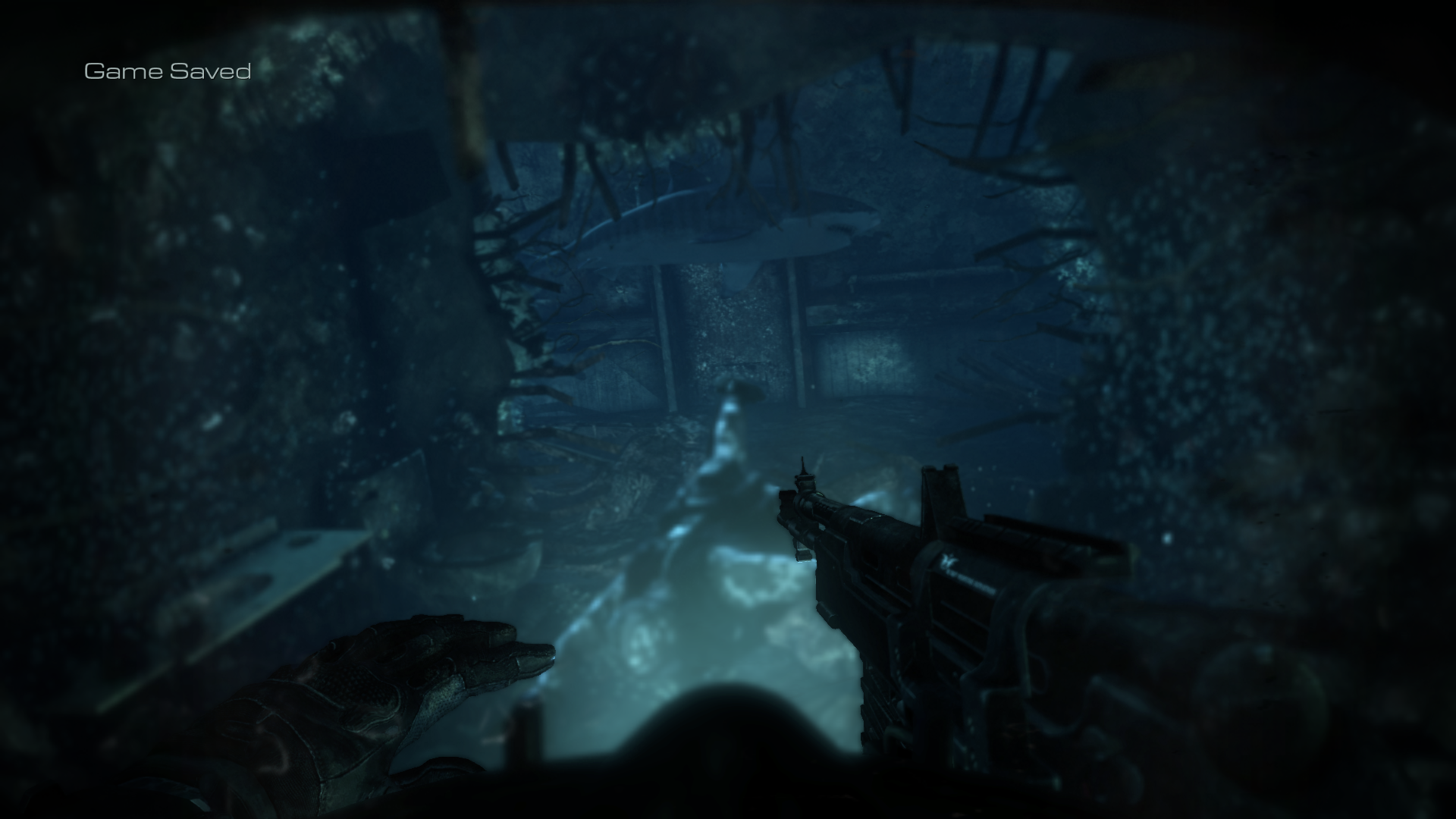 Now we had the objective to get to the secure place so we kept diving forward while wreckage parts of our previous target was falling on us and we were losing health.

And suddenly there were enemy soldiers started attacking us underwater and we shot back.
After killing all the enemy soldiers on the way, we went into a big wrecked ship and was looking for our escape route from there. 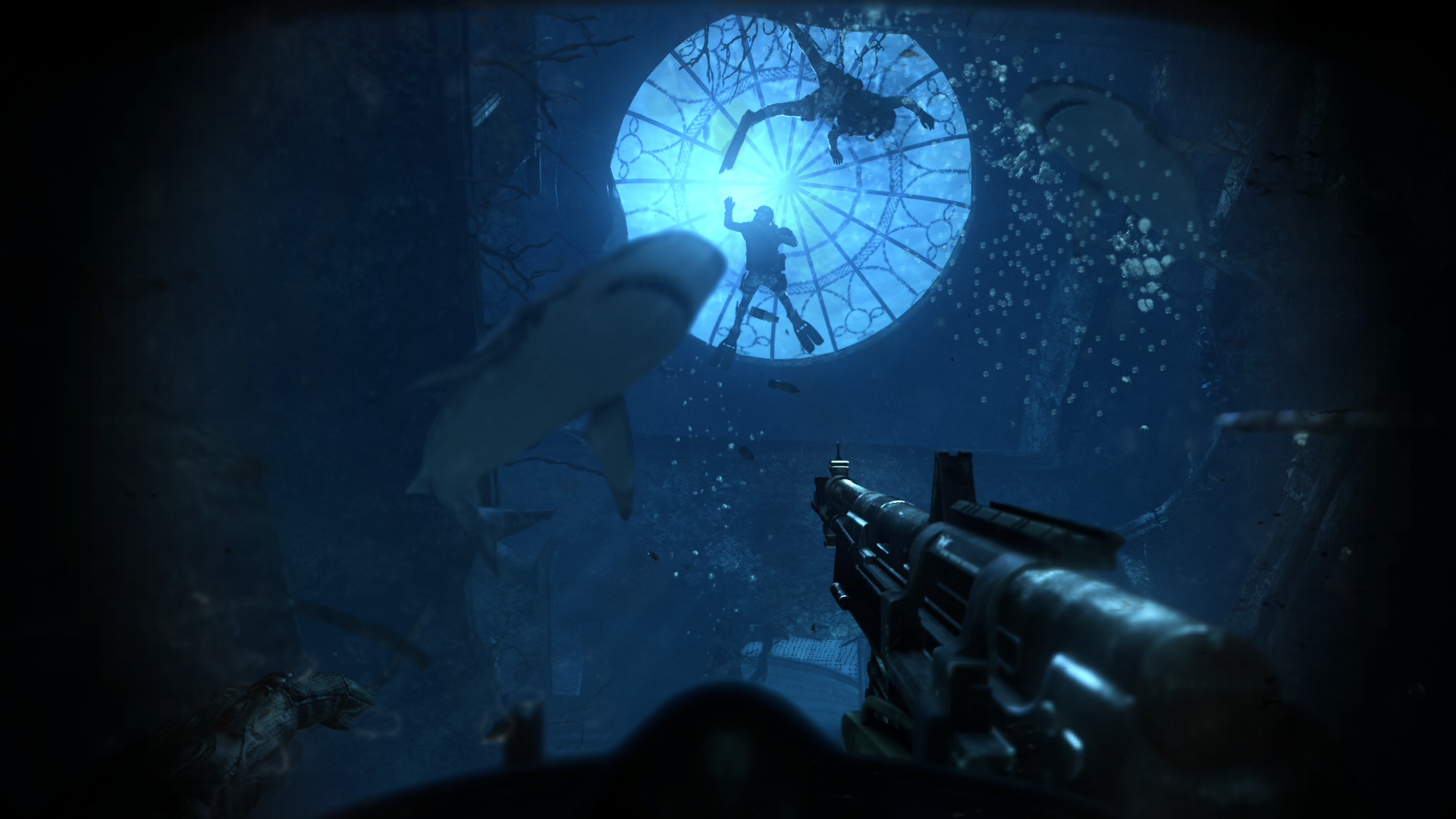 But there were some sharks on our way and the path was hard to pass as the shark eats you alive with every mistake and I was eaten for 3/4 times at the same place but at last both of us left in one piece. At last we've found a ladder to our exit and we completed the mission like this.
This mission was a tough one for real but I liked to dive like that as a soldier.

I once played a call of duty frp first person player men i feel like I was the one going on a stealth mission my heart race when ever it comes to action or taking out a target I was so afraid to die but it's just a game men I quit the. Game and didn't play it

Haha it seems funny to me although such realistic game can give you such goose bump which I agree on.