This time I'm going to show my second play of Call of Duty: Ghosts where I completed a mission: Ghosts: The Hunted. I streamed the gameplay in twitch with gamecaster streamer software. 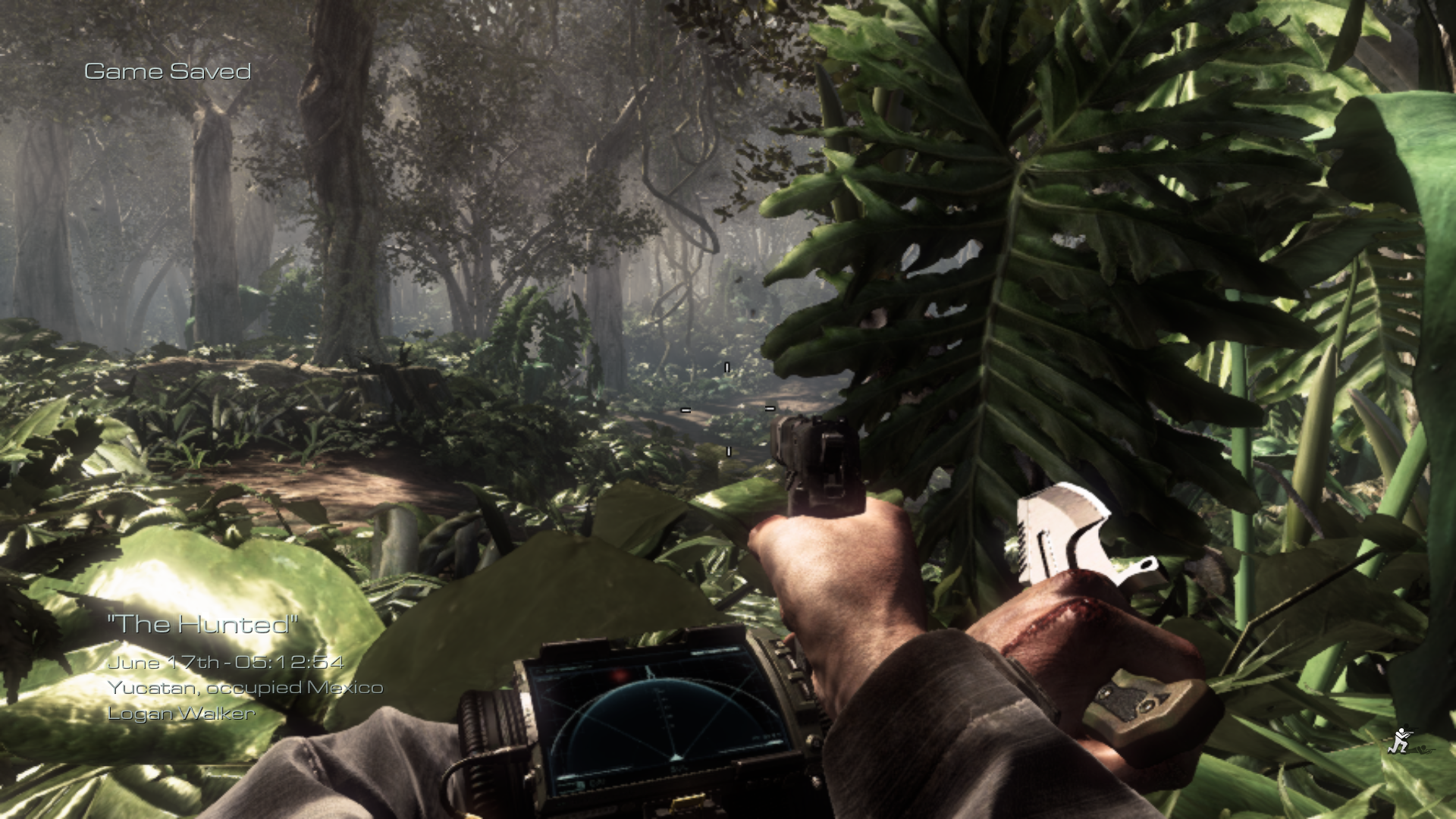 As Logan Walker, I was alone there deep in the jungle with a handgun, a knife and a mini map that detects enemies and I had to join the ghost members who were waiting for me far from this place and there were enemy soldiers all around. 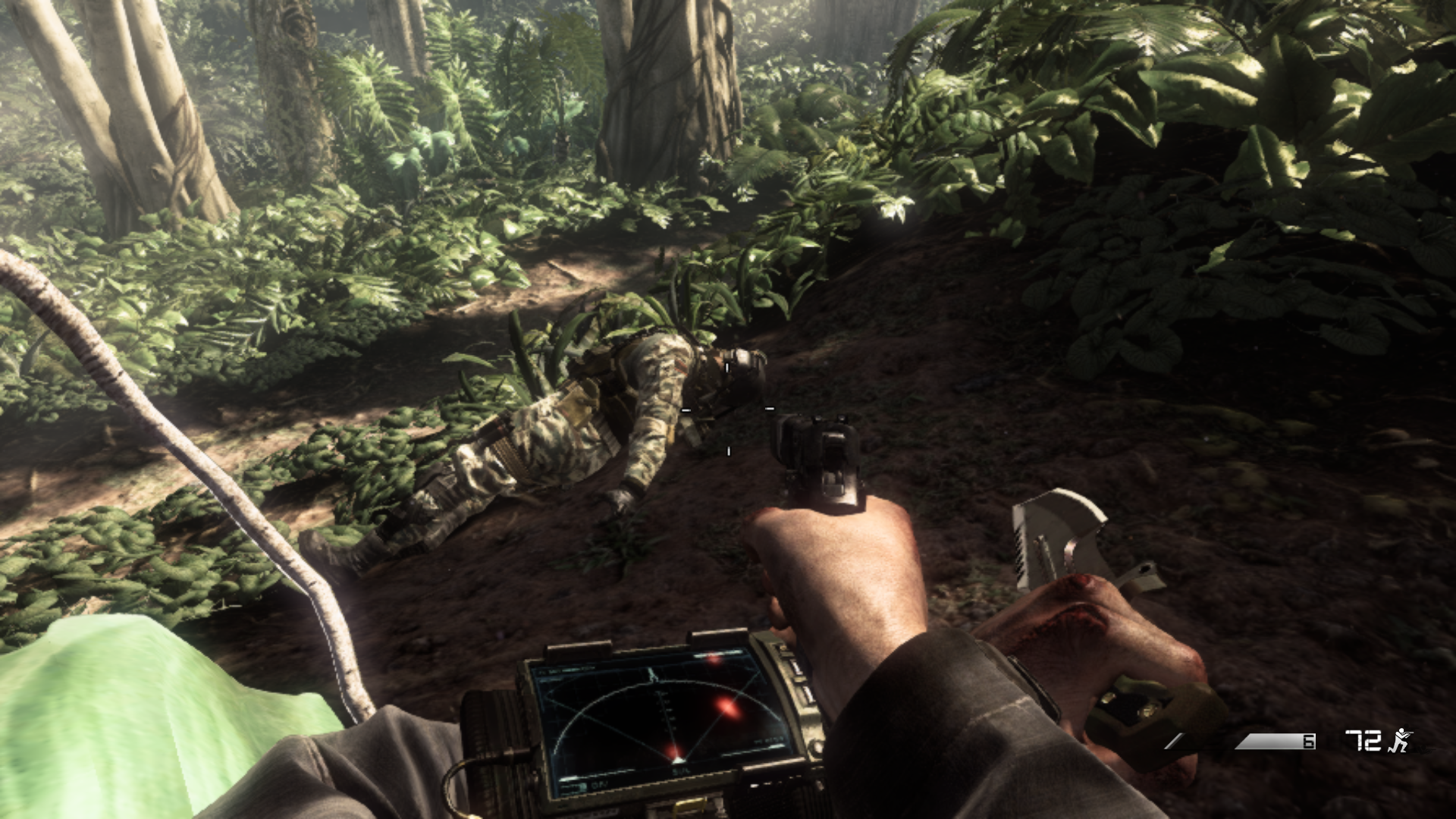 There was the first enemy soldier who was walking alone and I shot him to death and I took his rifle. Then I started walking forward without being detected by enemy soldiers which I was trying but I was getting killed from time to time. 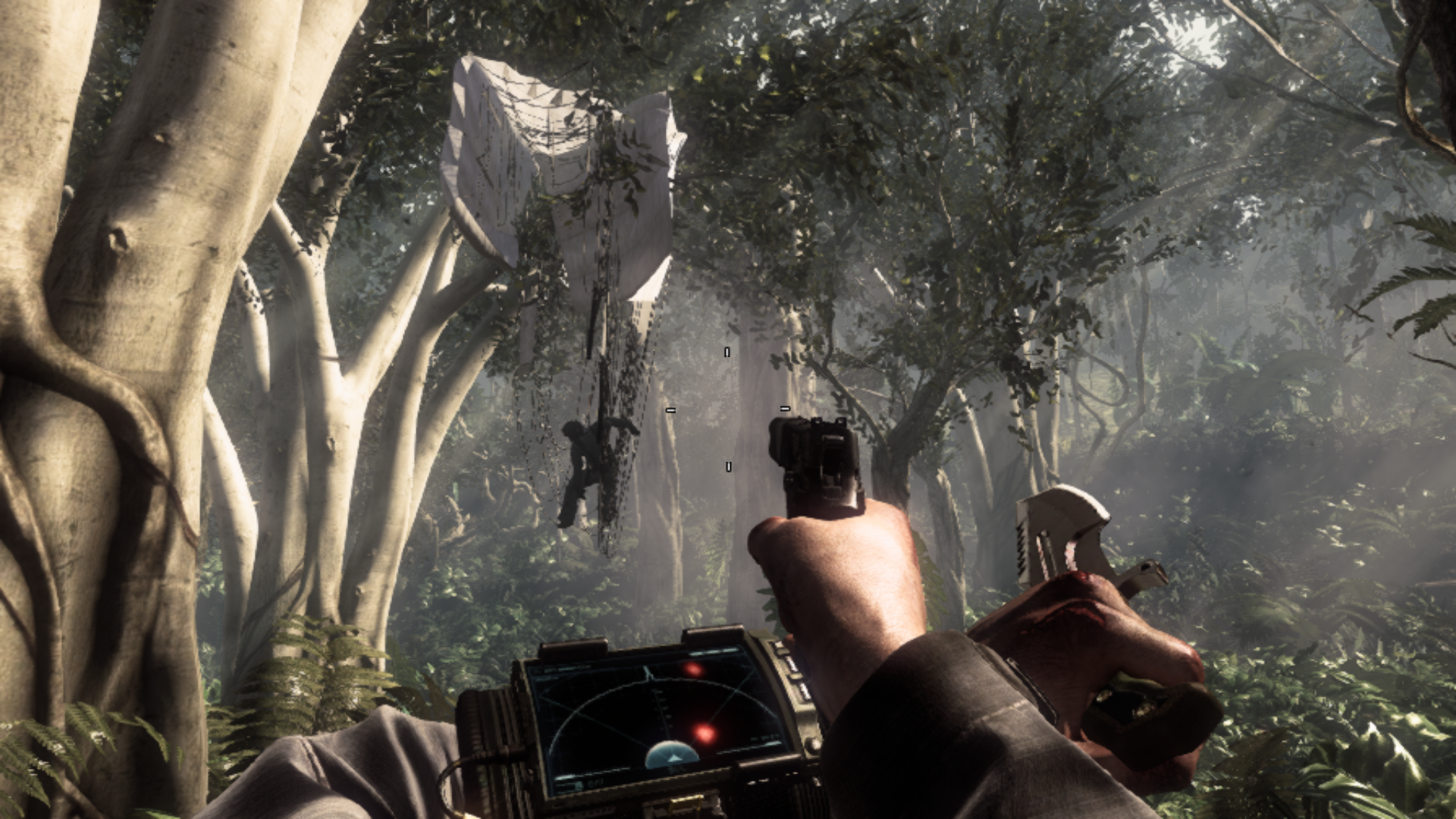 There was a soldier of our ghost team, dead, hanging through the parachute rope. Yeah, it was sad to see this and my character could die as well but they somehow survived the fall.

I was trying to kill all the enemies on my way which was getting me killed non-stop, so I tried a different strategy. I started moving silently without killing anyone unless its a must. 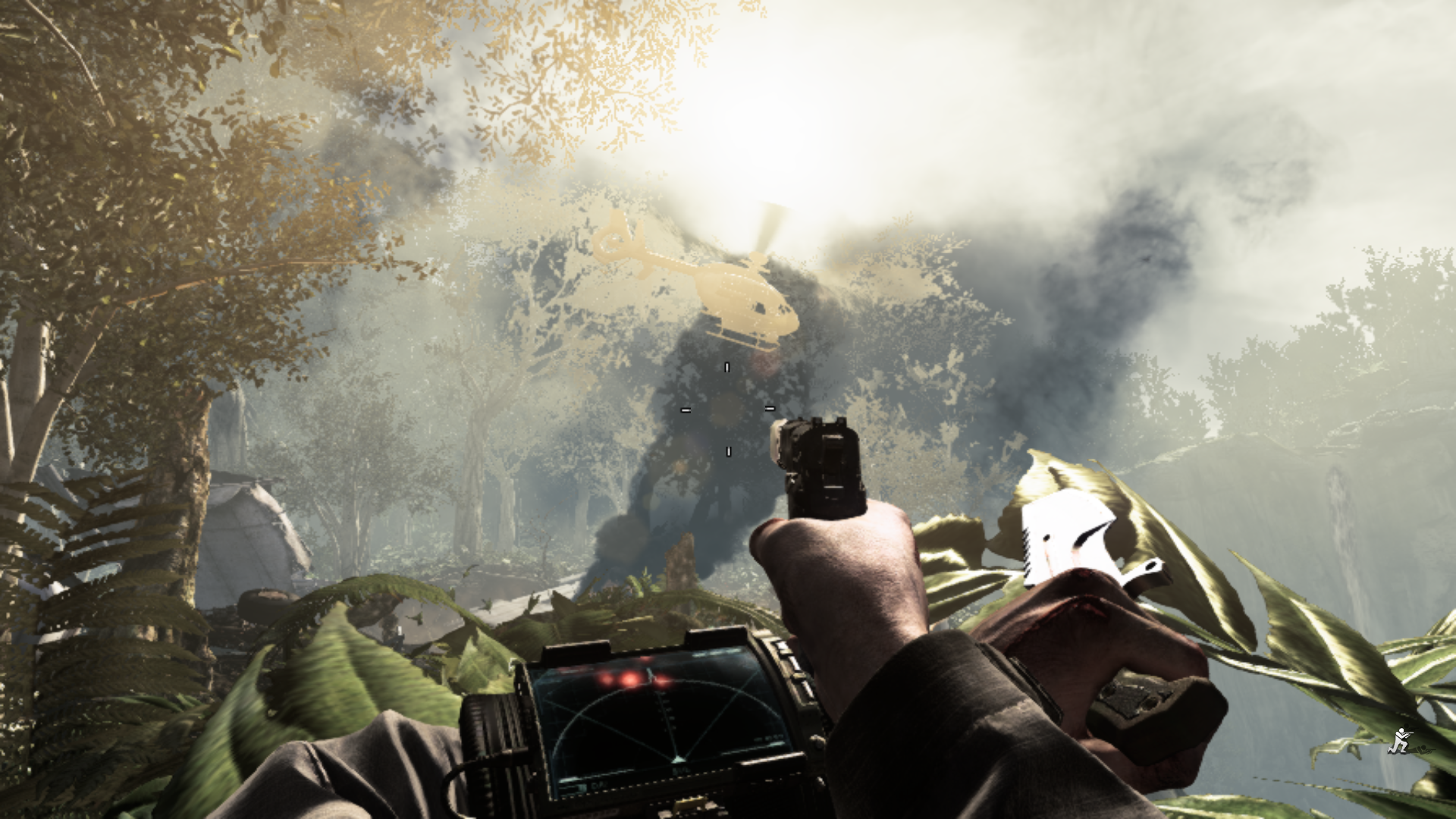 The path led me to a base where there were some enemy soldiers doing guards and there was an enemy chopper flew away. 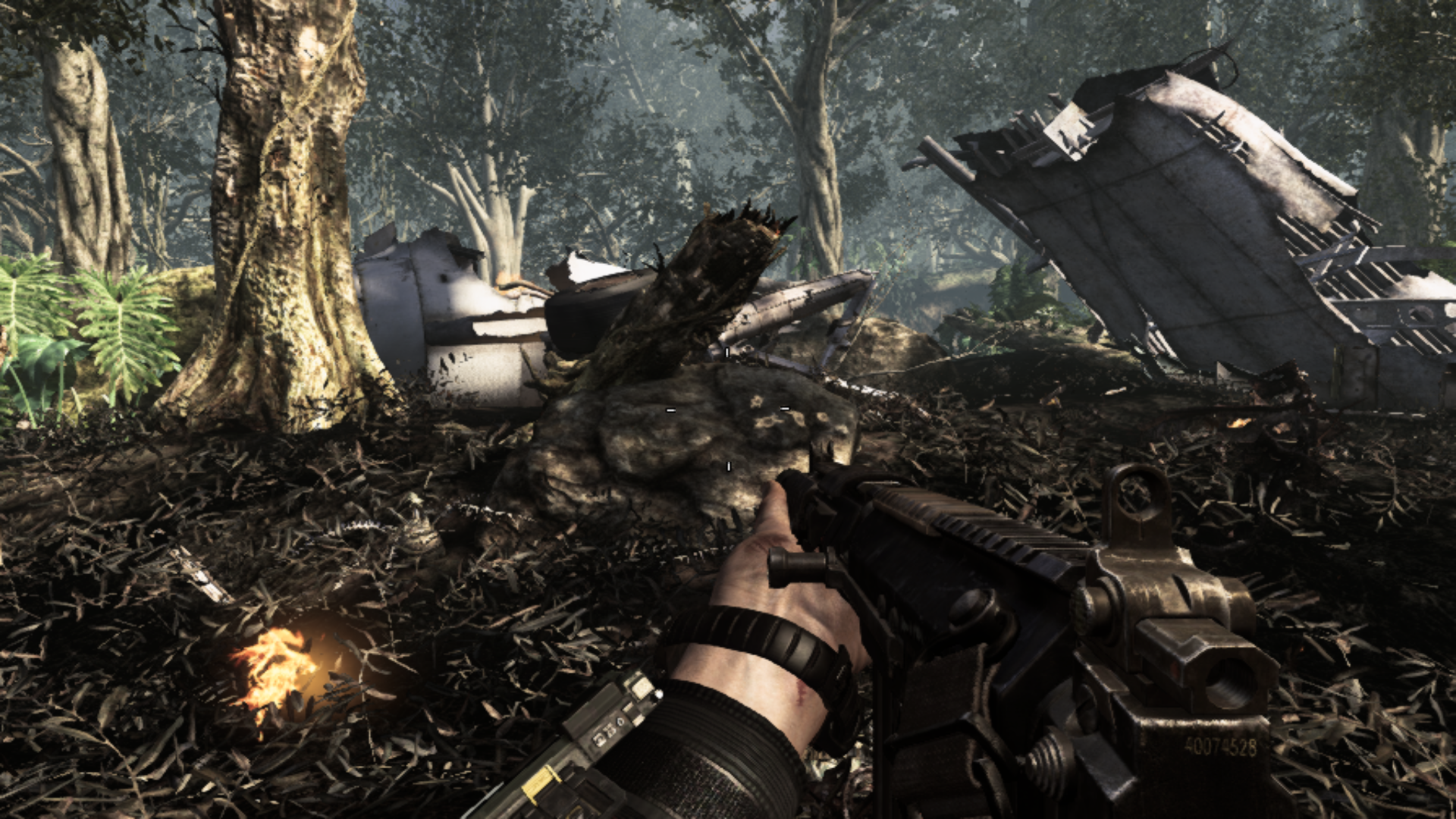 I've found our aircraft wreckage there and it was totally destroyed along with some trees of the jungle.

There were some enemy soldiers that I needed to kill and I did it without letting other enemy soldiers know and our other team members are not very far from me right now. I kept walking to get to the ghosts and I've found them after all. 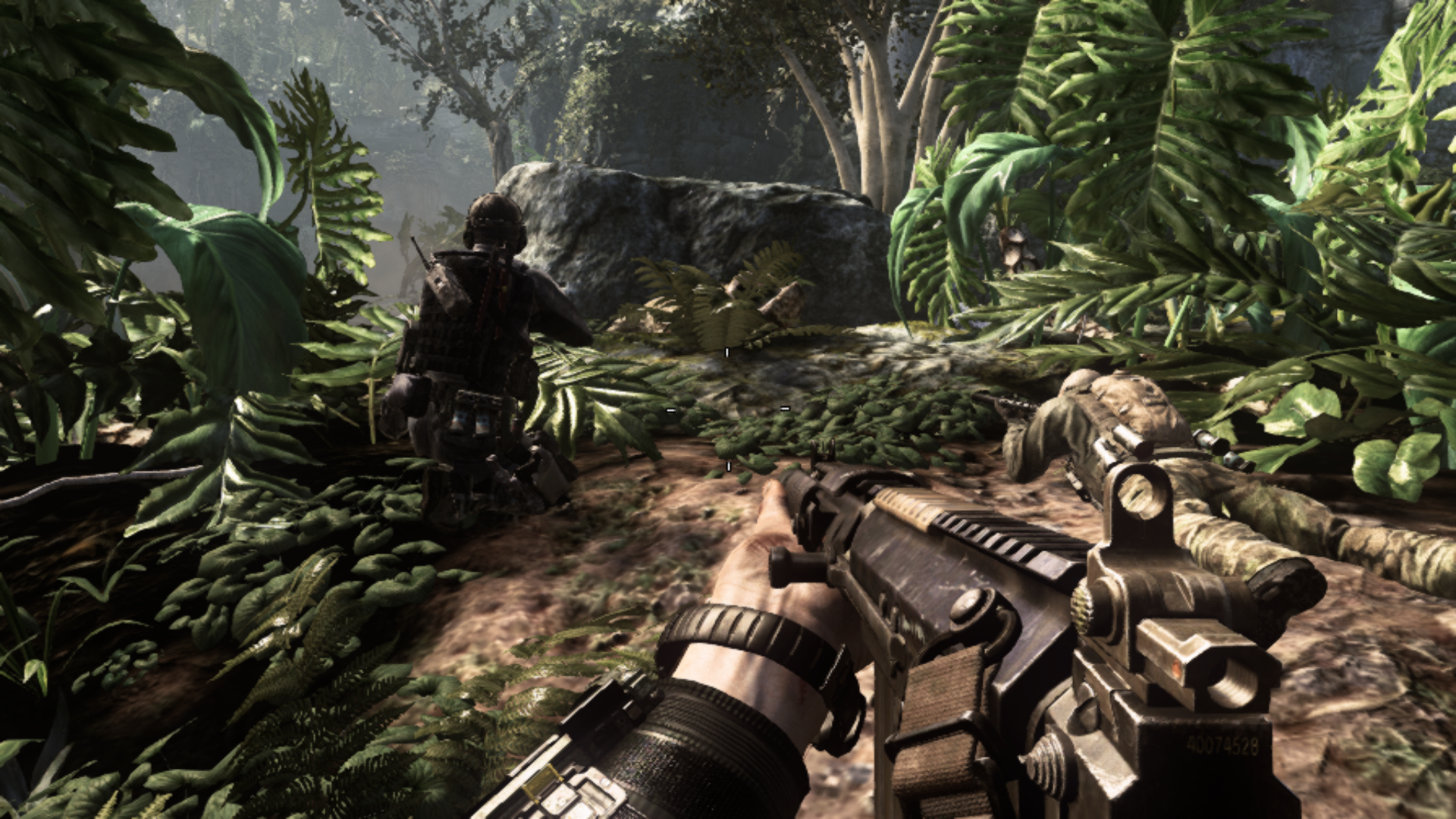 There were four survivors and they are Merrick, Keegan, Hesh and Elias. 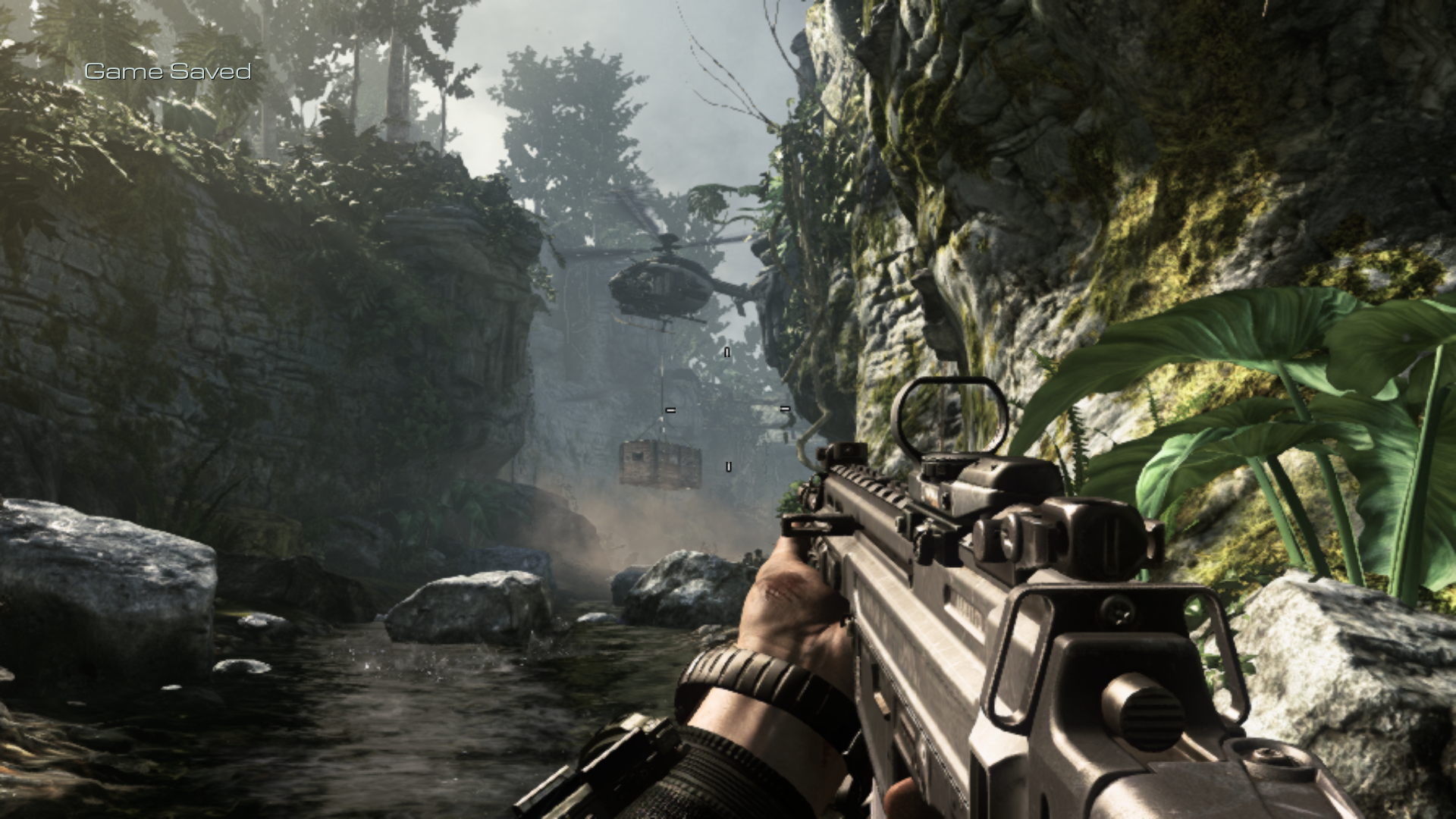 There was this chopper carrying something and we didn't engage there. 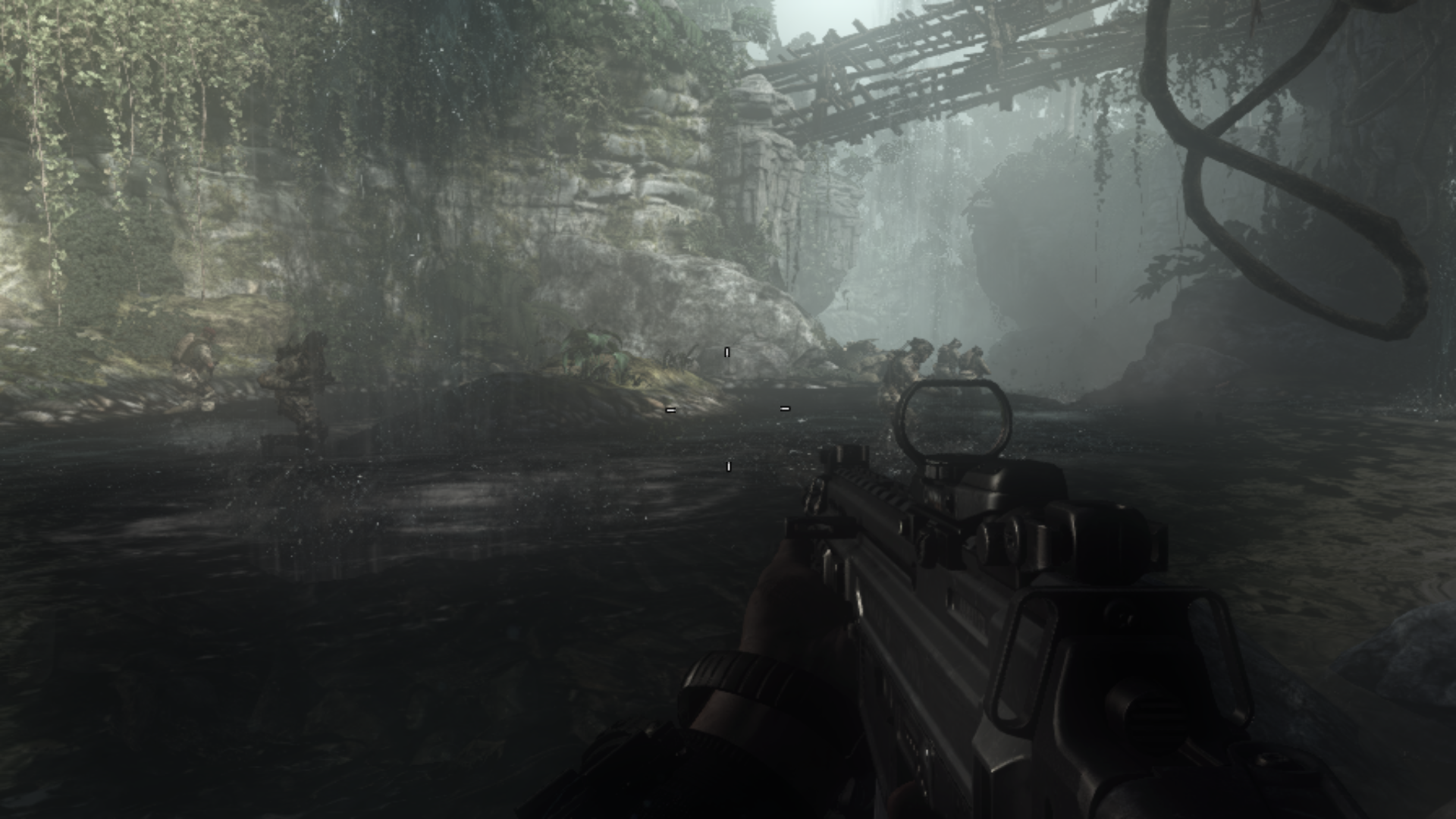 We kept moving until we've found the open field. 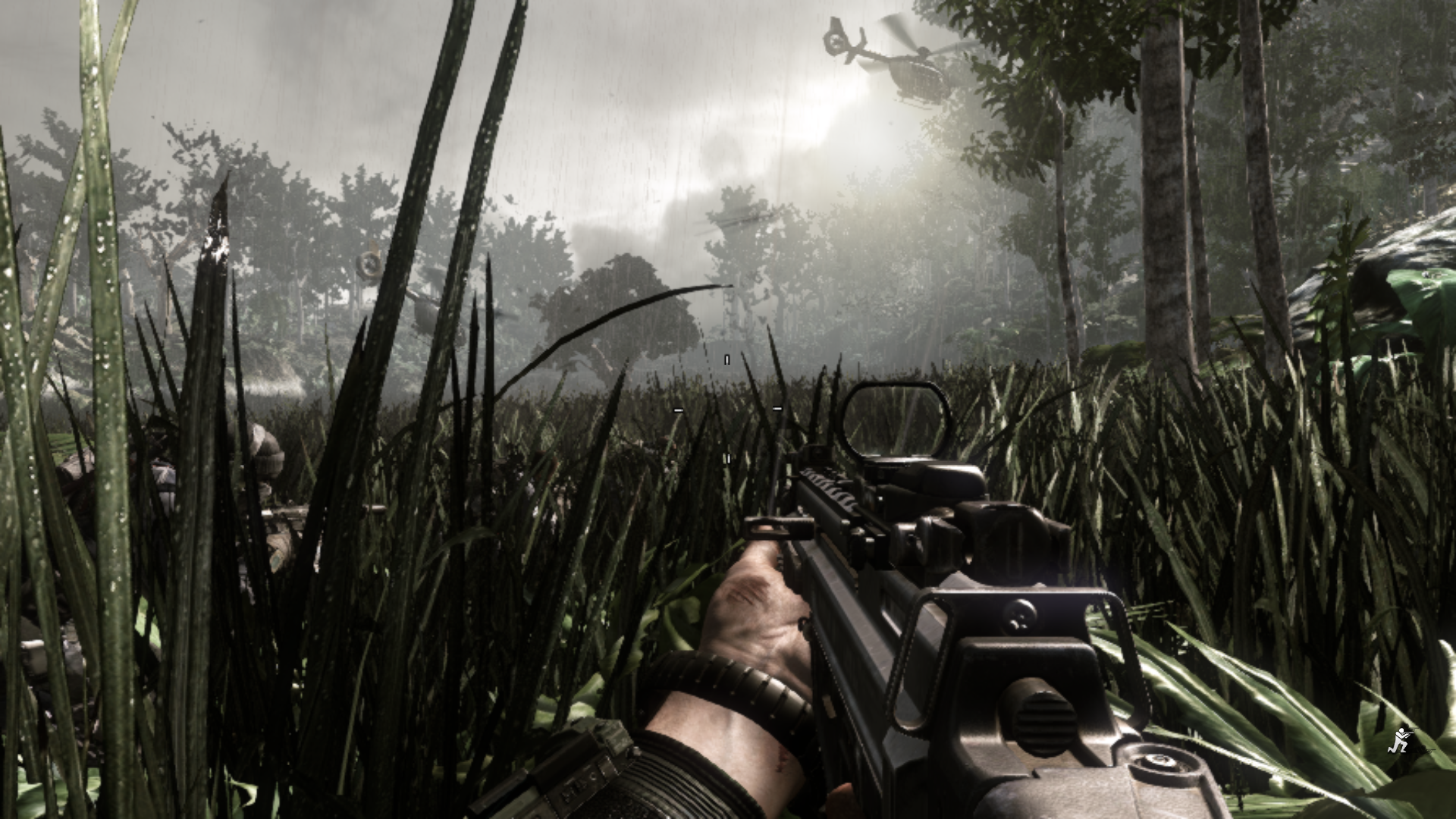 The open field was more dangerous as we could be seen anytime by anyone and there were enemy choppers and enemy soldiers everywhere but we kept moving. 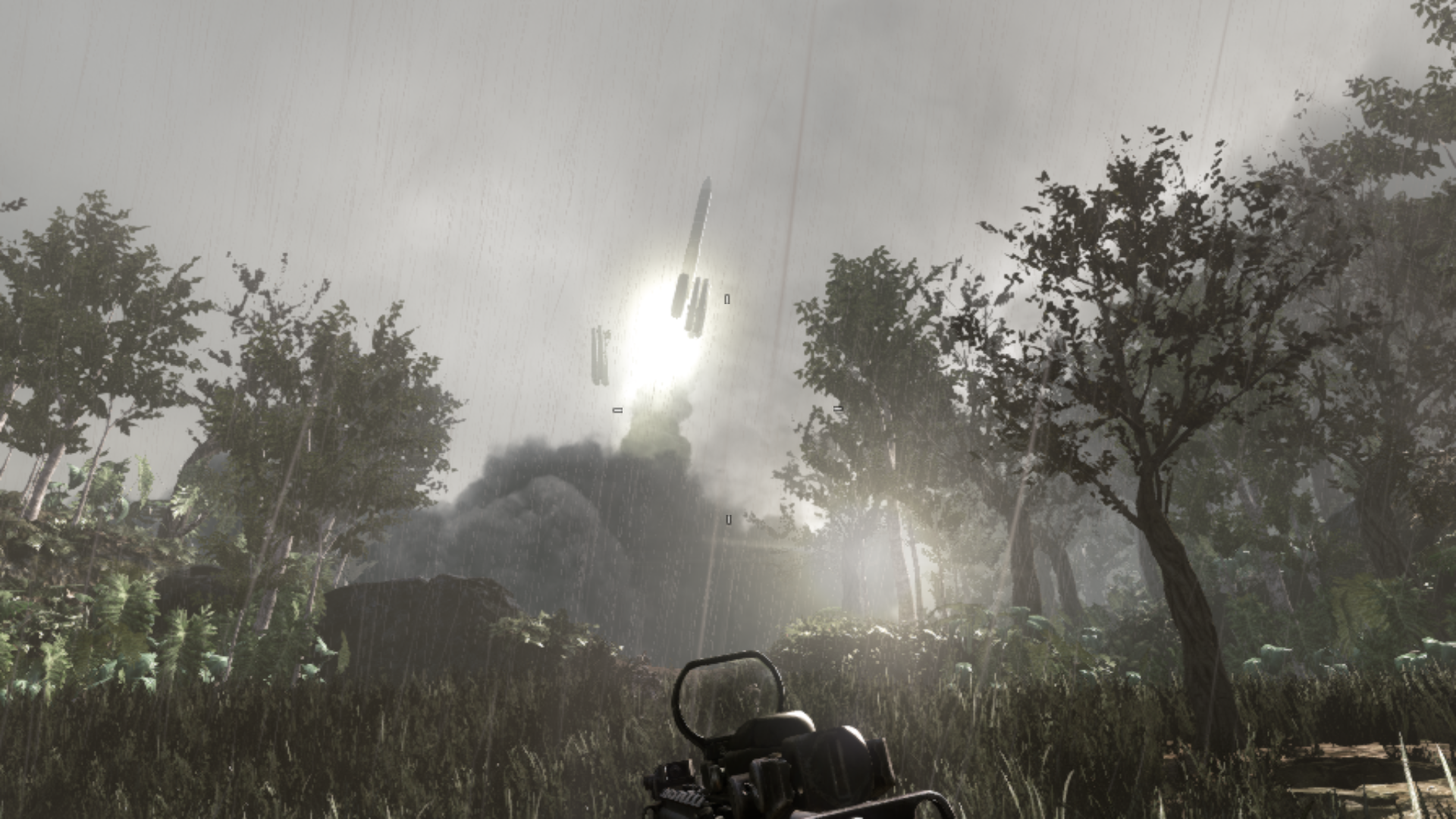 After a while, we could see a missile was just launched from a mountain and we had nothing to but letting others know.

Then we had to hid ourselves inside the grasses from a enemy choppers although I disrupt there for twice or thrice. 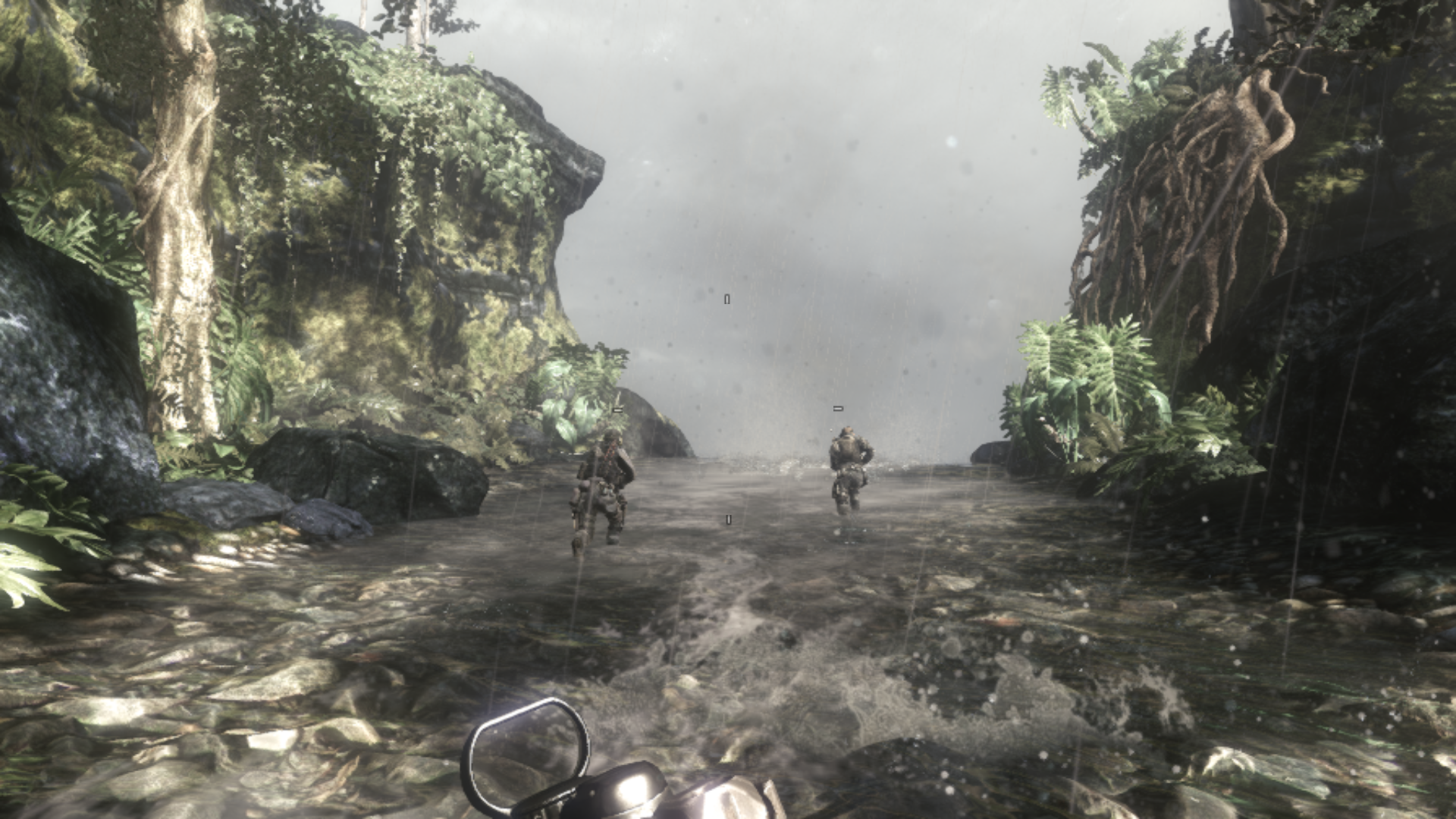 Then we had to jump from the cliff towards the water. 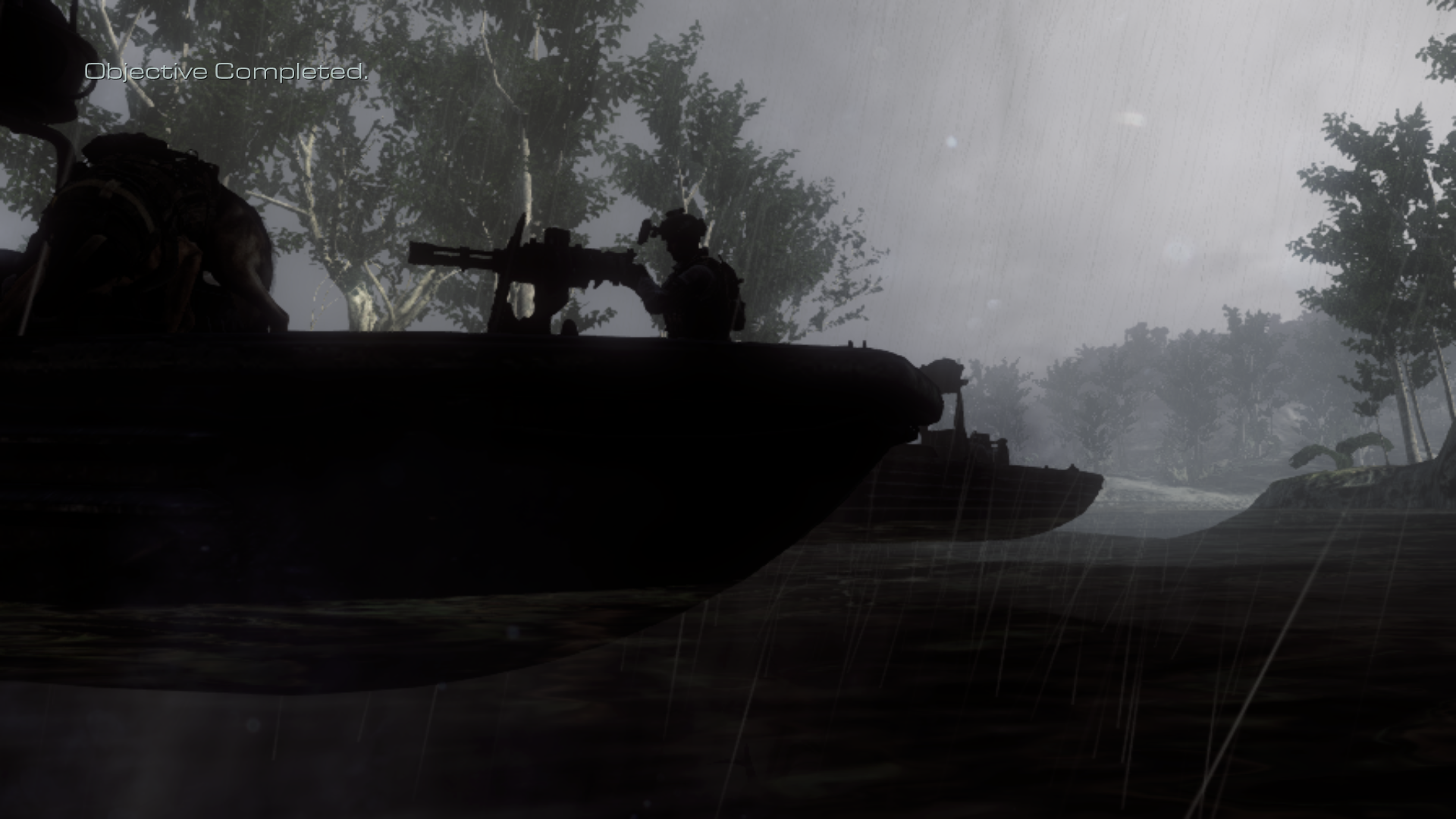 And there were other ghosts members with boats came to save us and we were saved this time.

Oddly, I hated the multiplayer of this game but loved the SP!

I haven't tried the multiplayer yet but yeah the SP is fantastic.

This game will never get old. It's been out for 9 years and the graphics are still great.

I agree with you. The story and graphics is not getting old.

Cool mission.
That jump and fall are quite impressive.

Yeah I liked that jump as well. Thanks for the upvote.