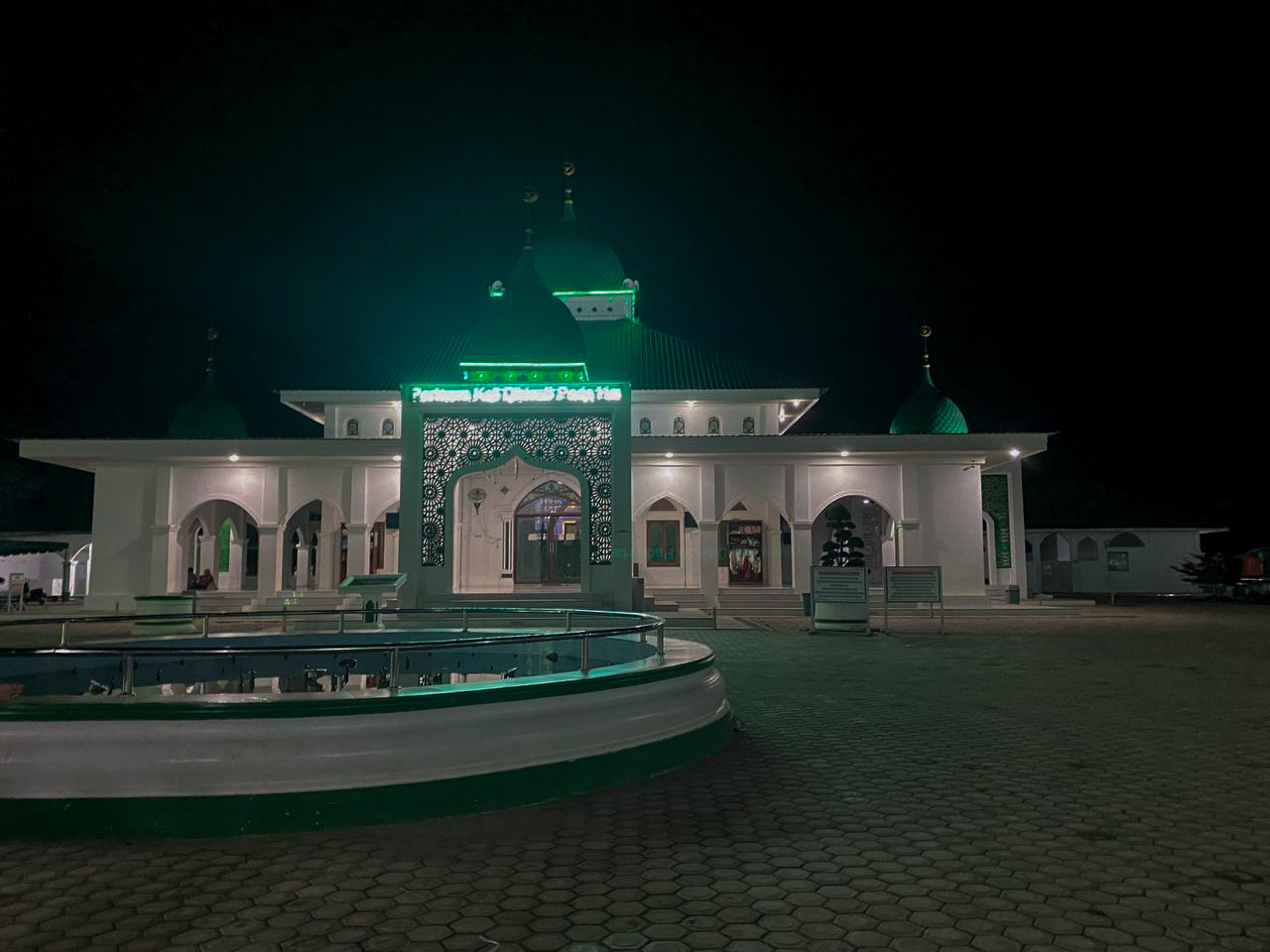 Hello friends
wherever you are, I hope you are always fine and all affairs are eased. On this occasion This is me joining the ASEAN HIVE COMMUNITY This is my first post in this community, thank you, I hope it is accepted and can be good friends, I am a beginner, I have no experience and also do not know many things, hopefully Guided back 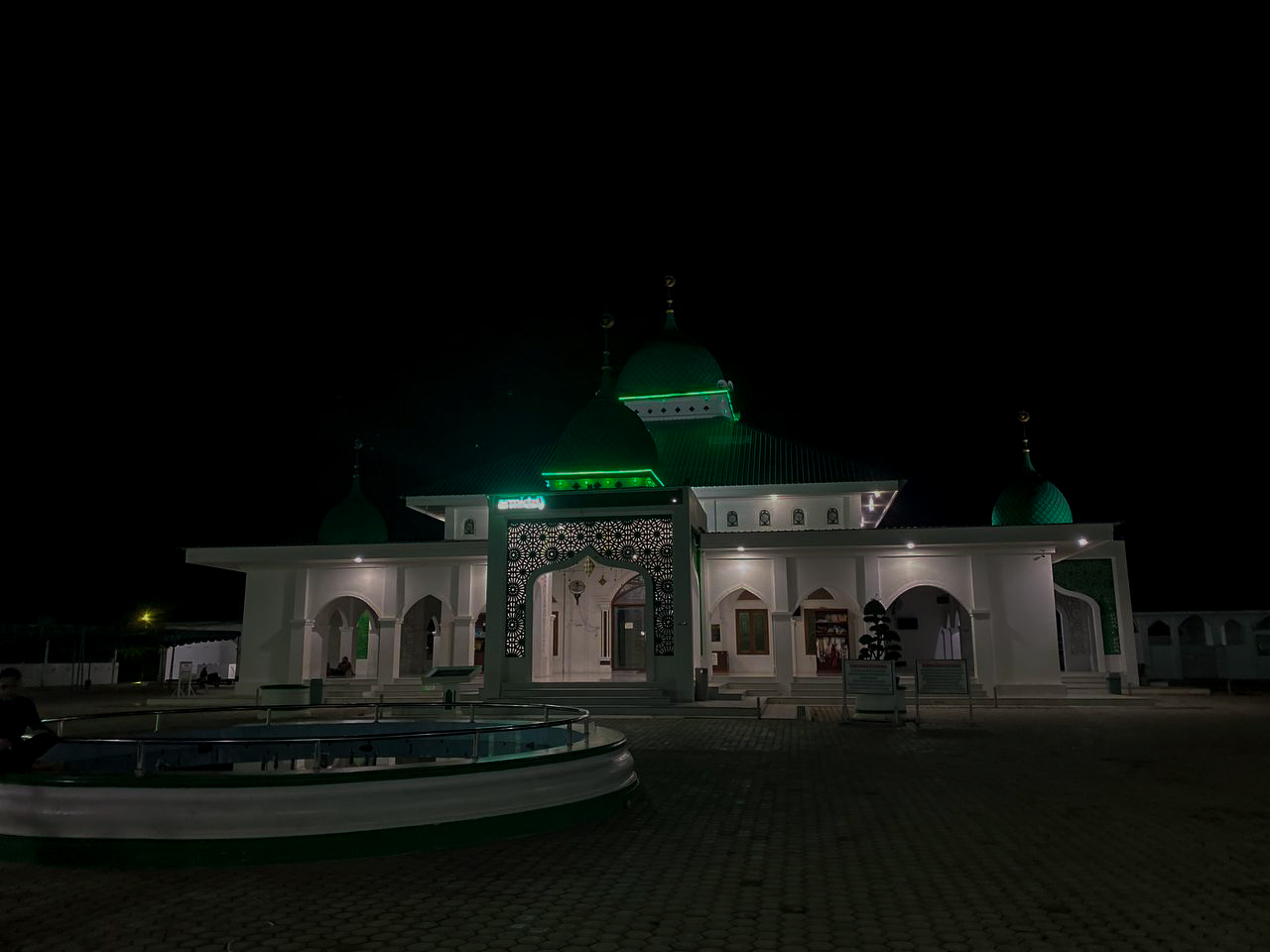 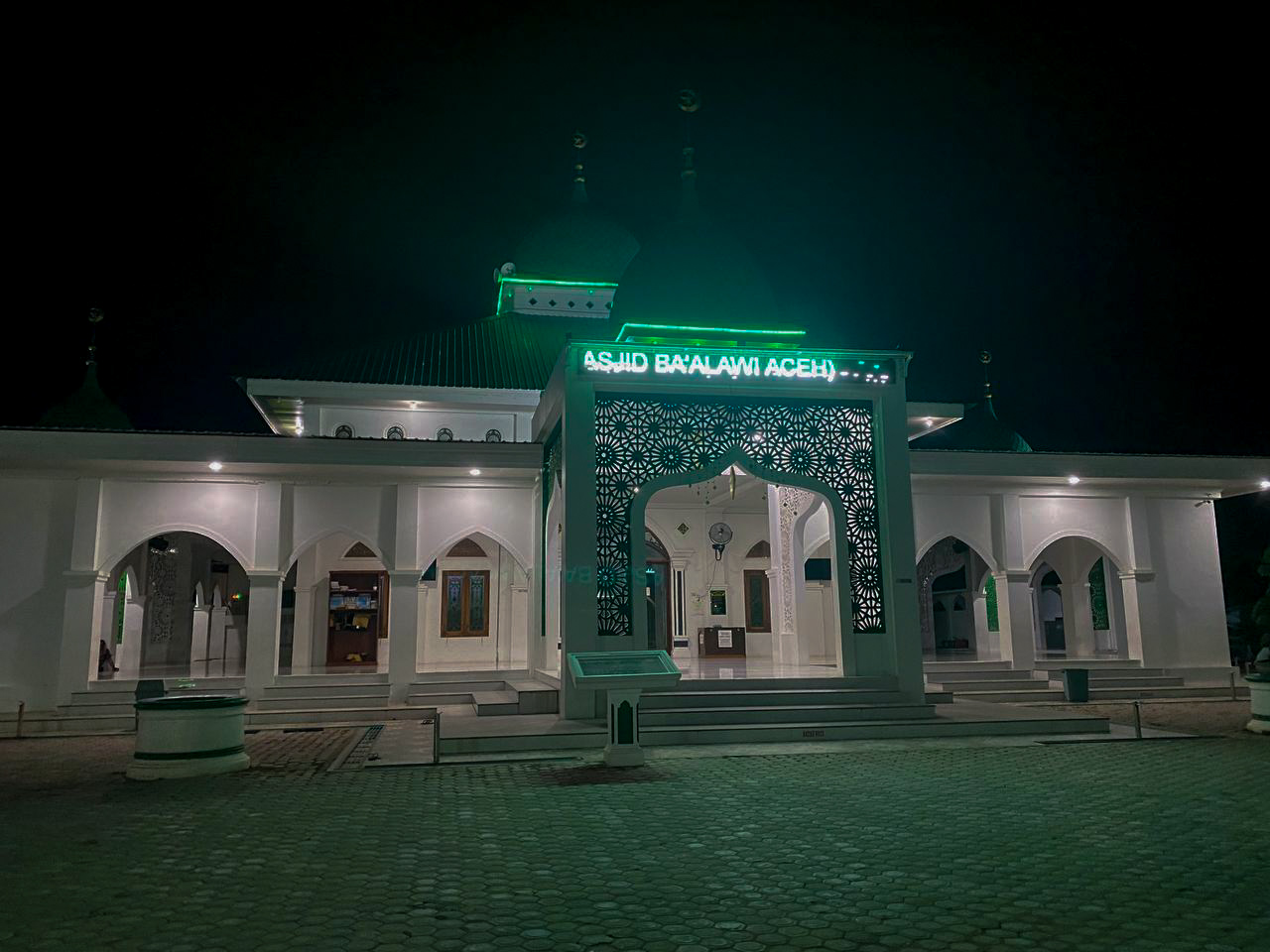 Customs and culture are widely exposed in this area by considering the community such as birthdays or many things that are held here as respect or upholders such as praying together, both domestically and abroad those who pass by stop here to remember and also see the atmosphere of the mosque and pray. 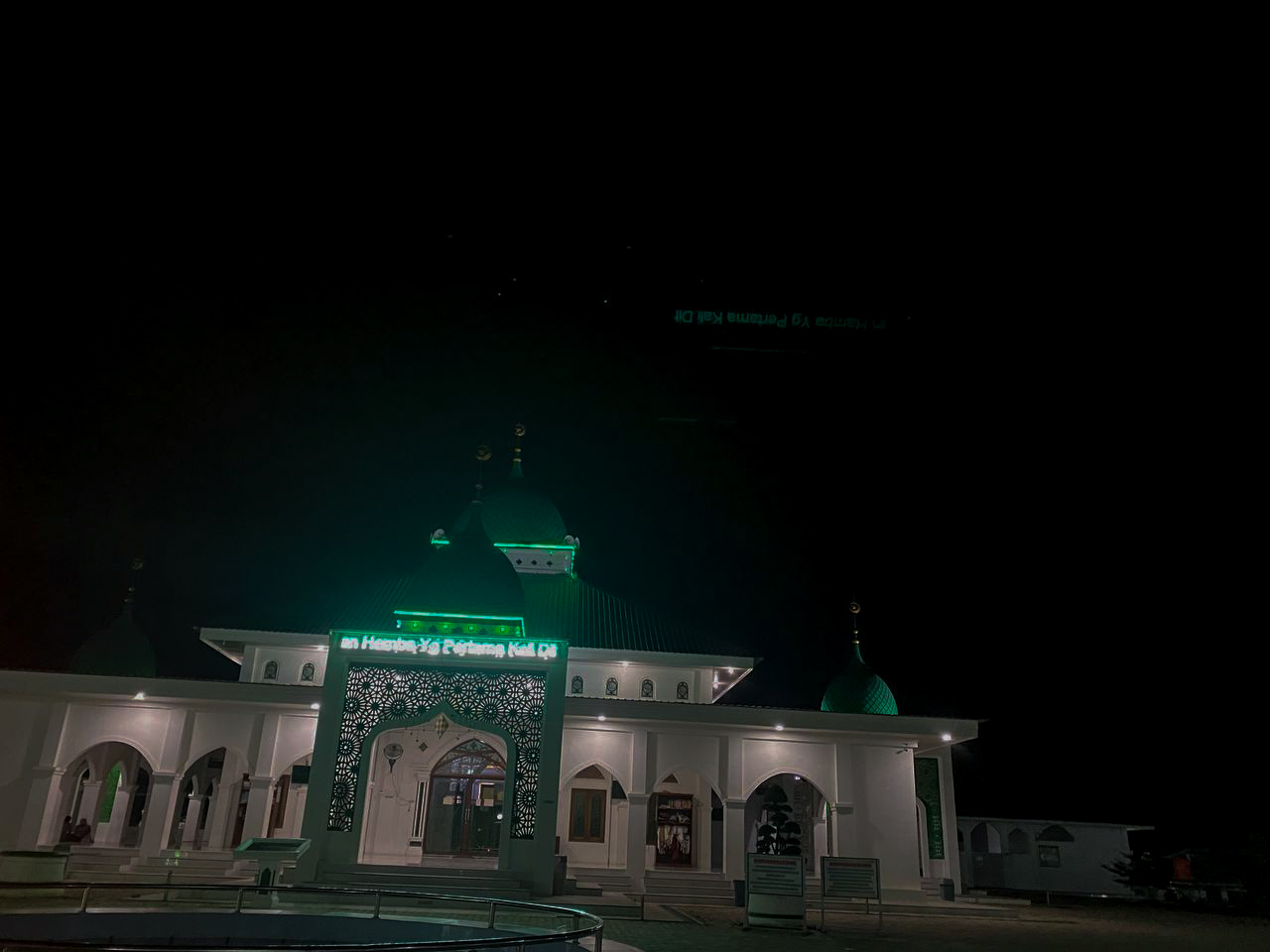 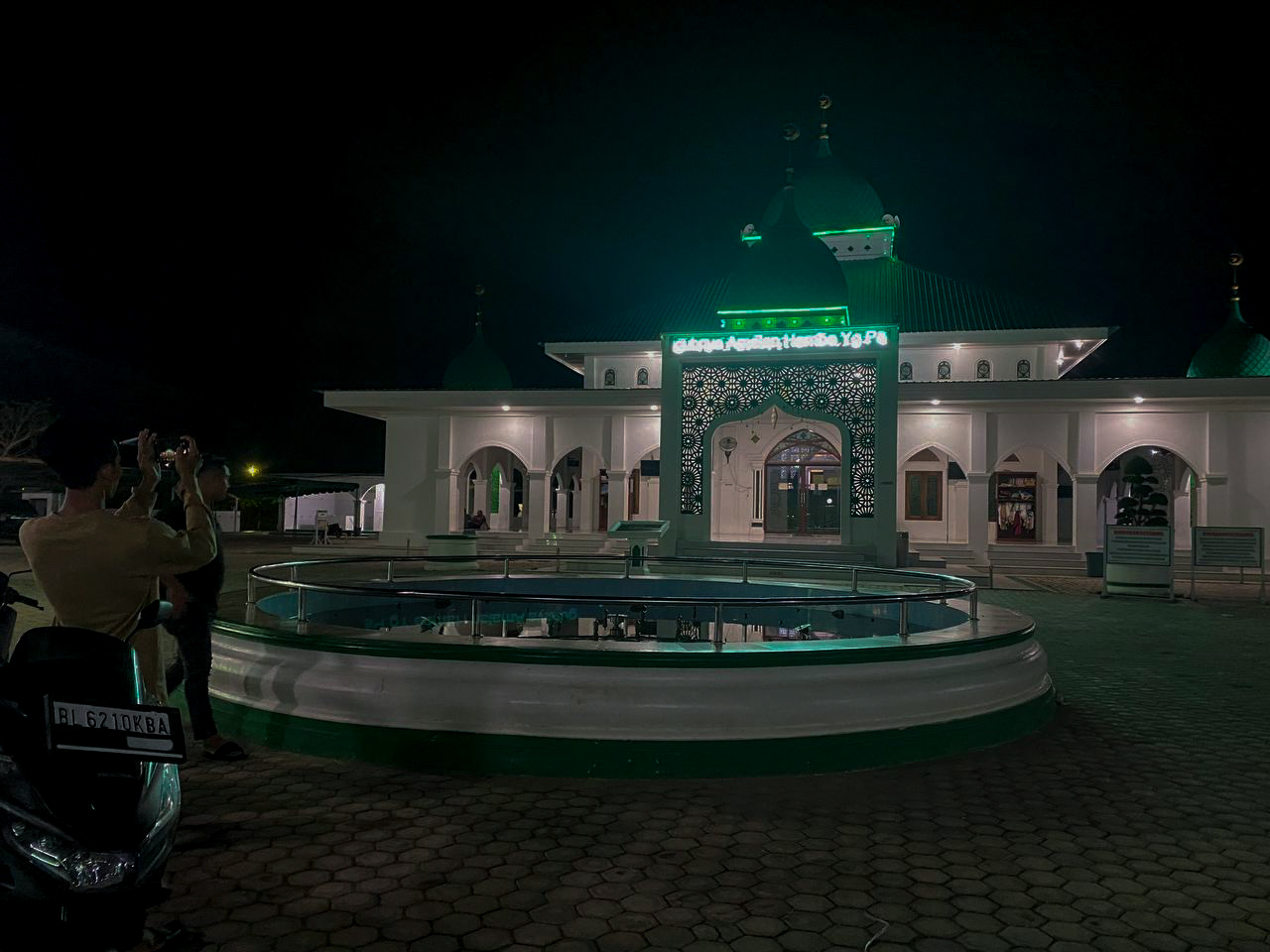 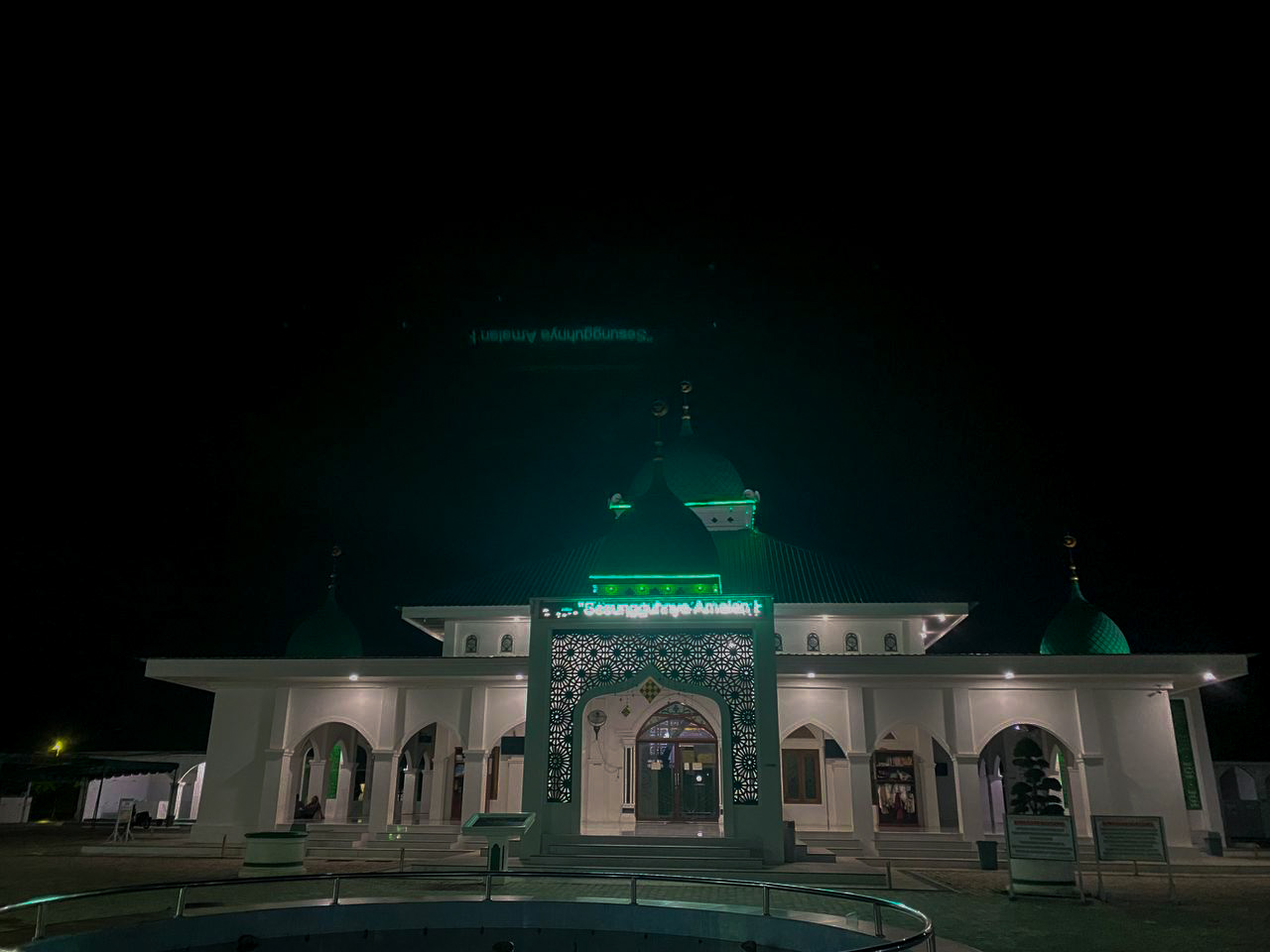 That night, my friend and I stopped here to pray together, because the friend had just returned from his education abroad but he had never been to this mosque even though it must have been very viral.What can you do because education makes him unable to travel anywhere even for a short time We weren't there for long after the prayer we saw some of the atmosphere and took pictures telling stories about some things here and then went back home because it was late at night

The one who built this mosque is one of the most famous scholars and also a habaib who is the genealogy of the Prophet, he died in that area also on the January 18, 2021His last goal he told about building a mosque and then after this mosque was inaugurated he returned to Rahmatullah. In short, that's what we heard from the public but there's also His story was offered by his student but I don't know him

After we talked and saw the atmosphere of the mosque, we went home with friends and stopped by my shop to close the shop and then we drank coffee for a while at a shop opposite the shop. Not long after the friend asked permission to go home because it was late at night he went home and arrived home he told him I, who worked all day, went straight to sleep The body already wants the mattress to rest again so that the next day I can work more enthusiastically. 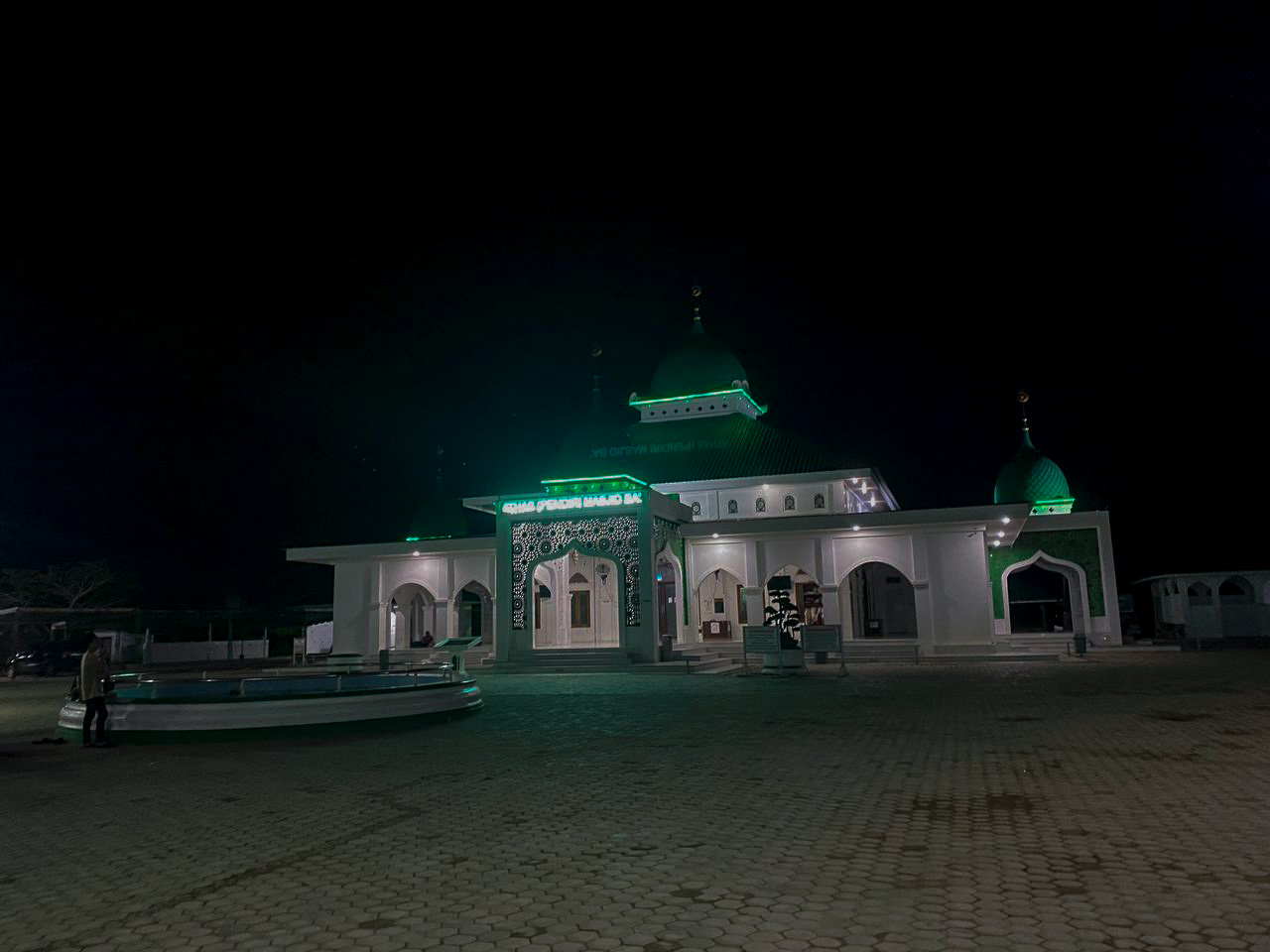 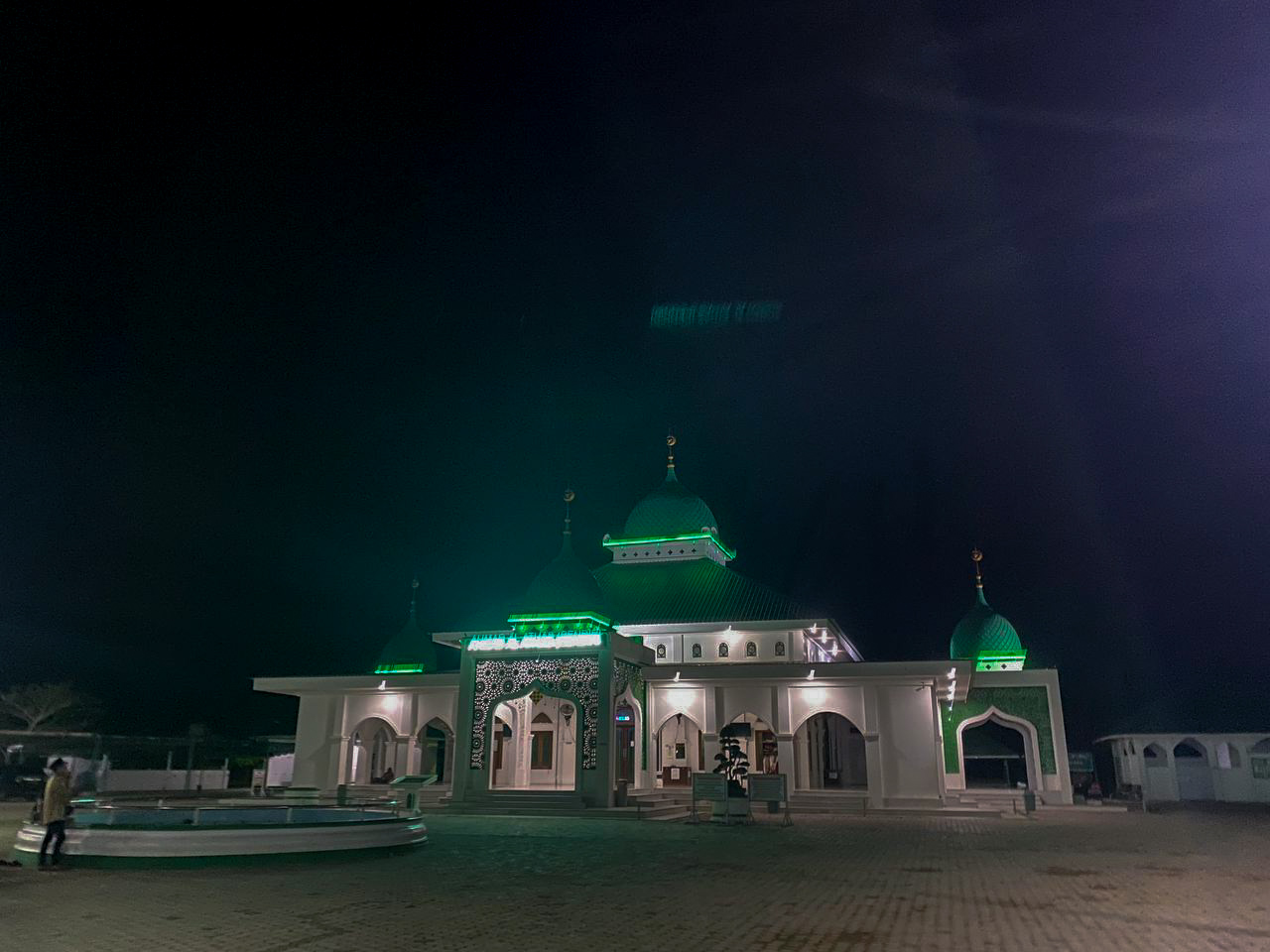 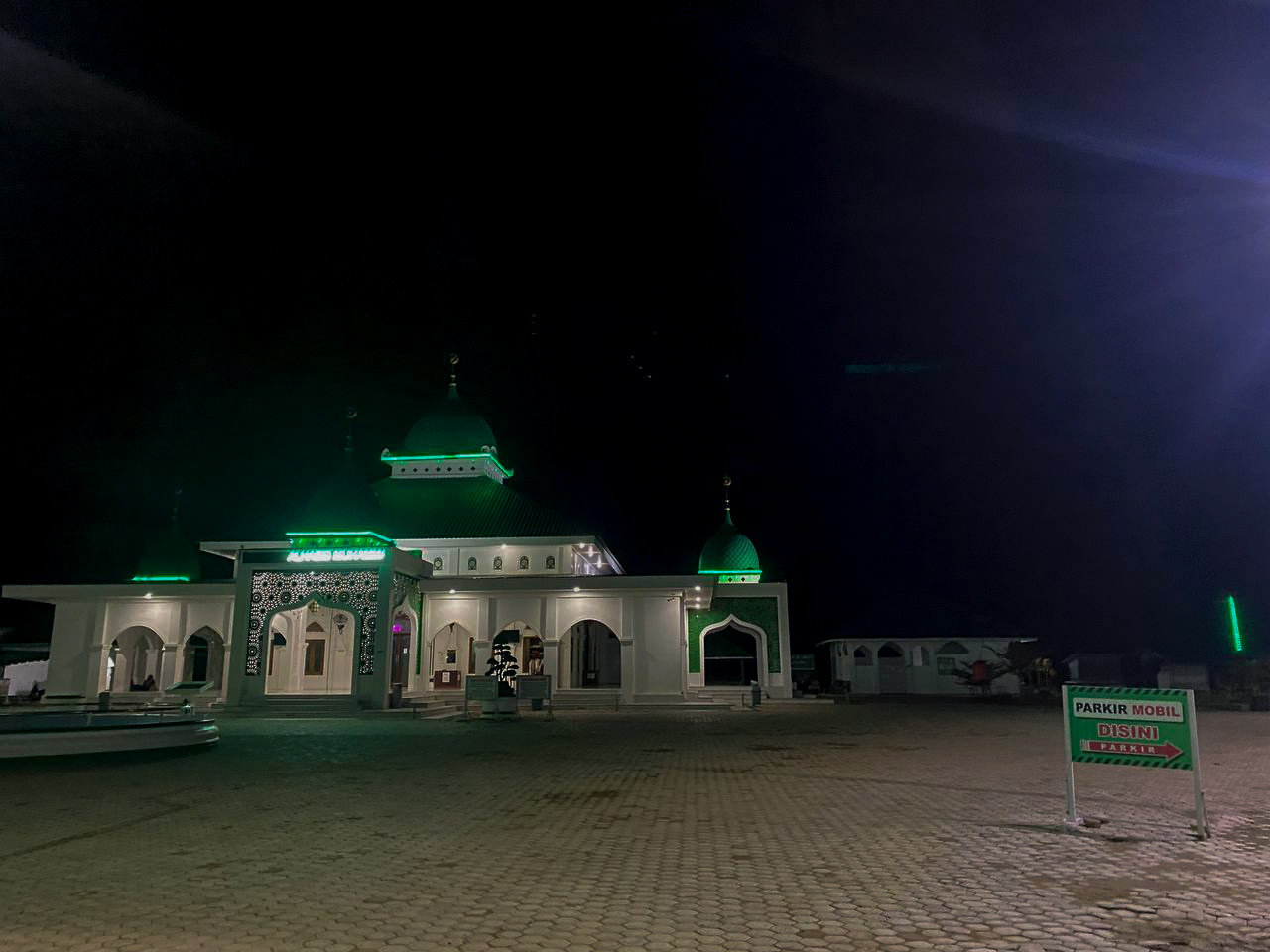 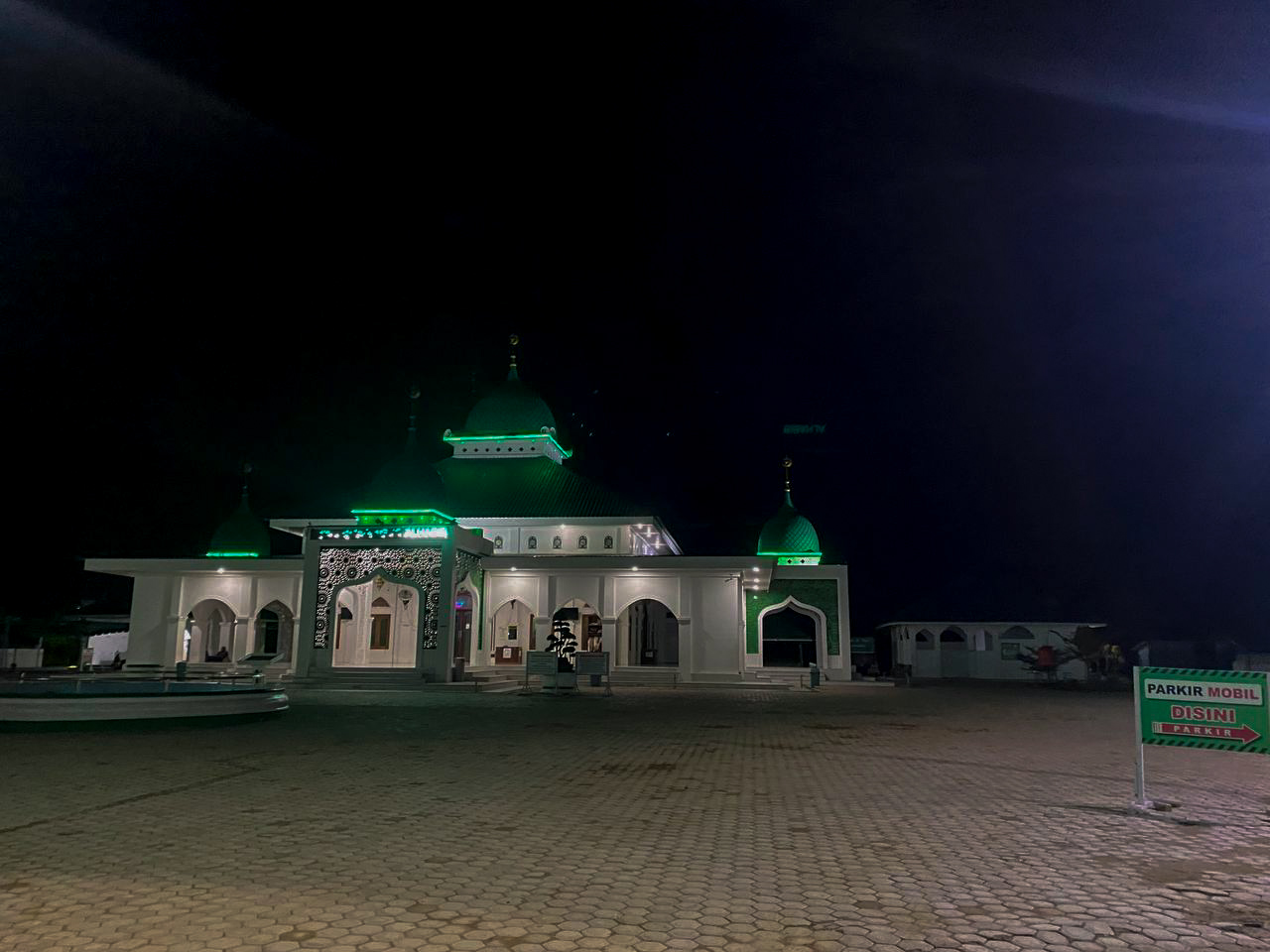 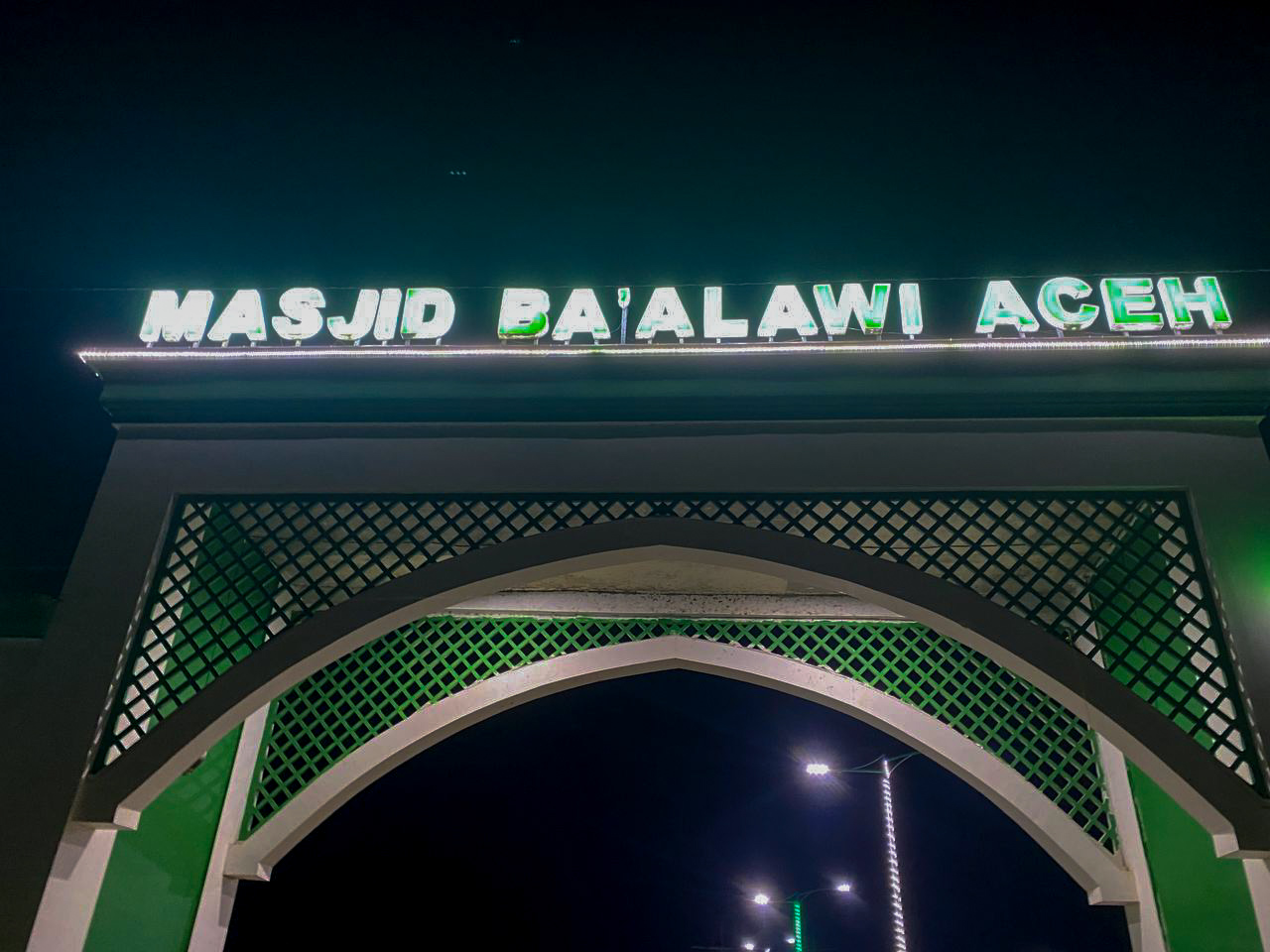 Maybe this is all I can share. Hope all of you like it. If there is an error, please reprimand me so I can fix it And also can get better here growing rapidly as a beginner please for guidance thank you

Beautiful photos and nice descriptions with them, very good @bozdum! And you did fine on the English as well, good job.
Best of luck on your journey on Hive!

Thank you friends for visiting hopefully, your help is my pleasure

This is really a very beautiful mosque in the east aceh area, although I have never been there but I can already imagine how beautiful this mosque is, let alone you immortalize it so perfectly. 👍

thank you buddy, this mosque is really beautiful at night and day

Congratulations @bozdum! You have completed the following achievement on the Hive blockchain and have been rewarded with new badge(s):

Thank you I will continue in

Thank you, I'm trying my best

Thank you also for visiting I am a beginner from the initial round, hopefully I can be helped and guided, but I am not strong enough to make good posts and comments every day Because my power is still a little, please understand 🙏

thank you for being here and praising my post, may you always be blessed, you are one of my new friends here