@burlarj 75
4 days ago
The City of Neoxian

There are some battles in Splinterlands that will surprised the person that played it and also the opponent, one of a kind battle and the battle i am about to share is one of such because it was a flawless victory for emp-warden...

To make it more interesting, only two monsters attacked and wiped off a whole six monsters team, just incredible!

They both use the fire splinter but different summoners, kalantoy depeds on zaku blast but emp rely on his monsters powerful strike, it was as if he knew how the gameplay would be..

You must be curious of this battle, do not let me keep you anxious! 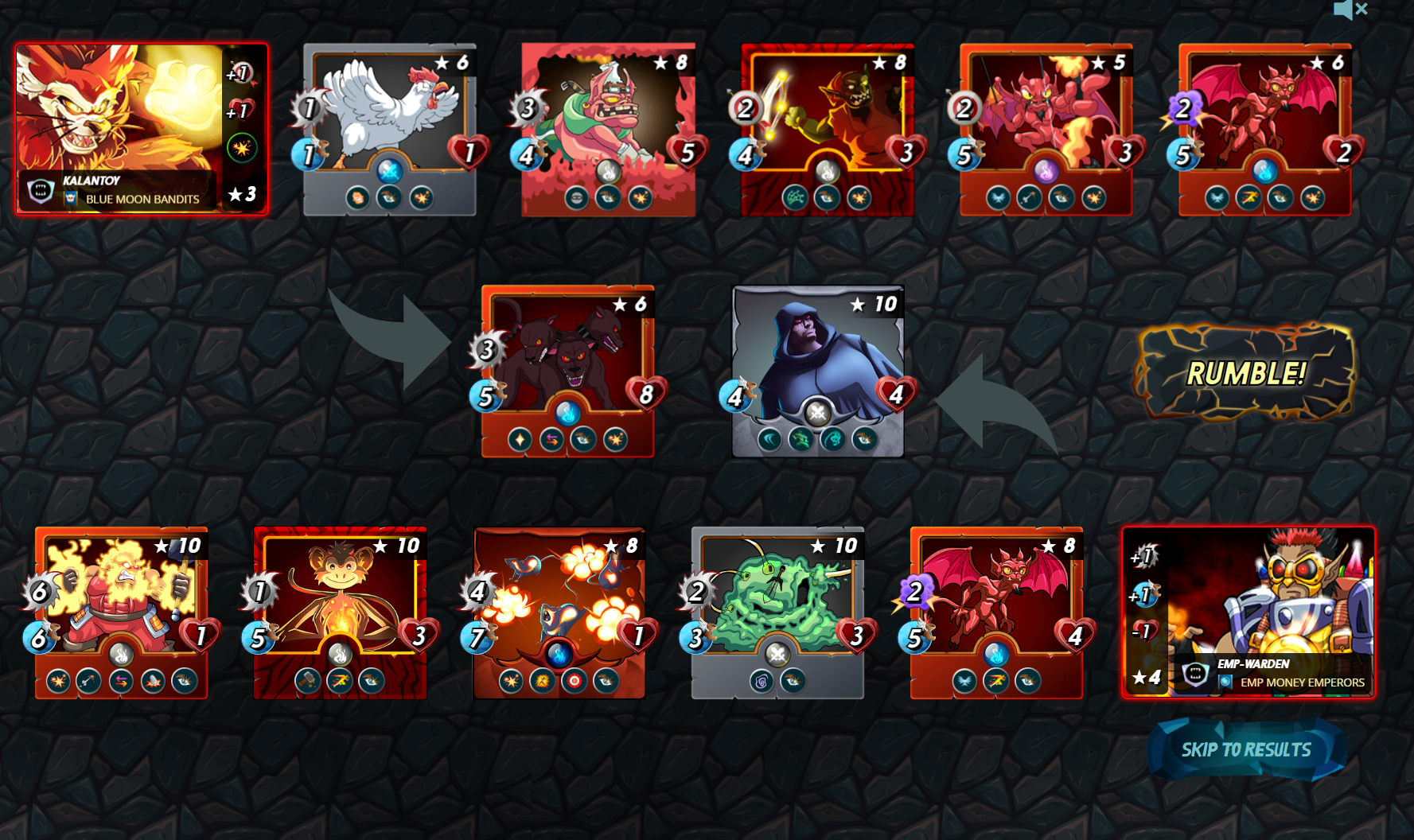 It was a lost legendaries [no legendary allowed] and equal opportunity [all monsters have opportunity ability] rules, with a low mana cap of 20, you would have guess both players would come with low mana cards, well you guess right but their selection was different...

Counting the numbers of slow and swift ability monsters emp-warden used, it can be deduced he knows what he is doing because he also came with two monsters with very high melee attack which are exploding dwarf``` andexploding rats`` he was set on using explosion to scatter the opponents line up and it worked just as expected!

In just a round, the whole team was wiped up. exploding rats started the mission and exploding dwarf finished what the rat started with the help of his trample ability and blast...

Emp-warden really took a big risk in the battle though, he used two monsters with one life and judging with the battle rules, if the opponent monsters were to attack first, those two low life monsters will get hit first but again he knew what could happen and made sure he got to attack first which is all he needed to win

Click the battle and watch and tell me if you have ever seen something amazing as this.....

All pictures are gotten from splinterlands lore