The first money i earned by my sweat

@burlarj 74
about 1 month ago
Hive Learners

Happy sunday hiveans, may unspeakable blessings be our portion this new week!!

It feels good to be back in participating in the hive learners challenge, and this particular topic revive old memories which i would love to share.... 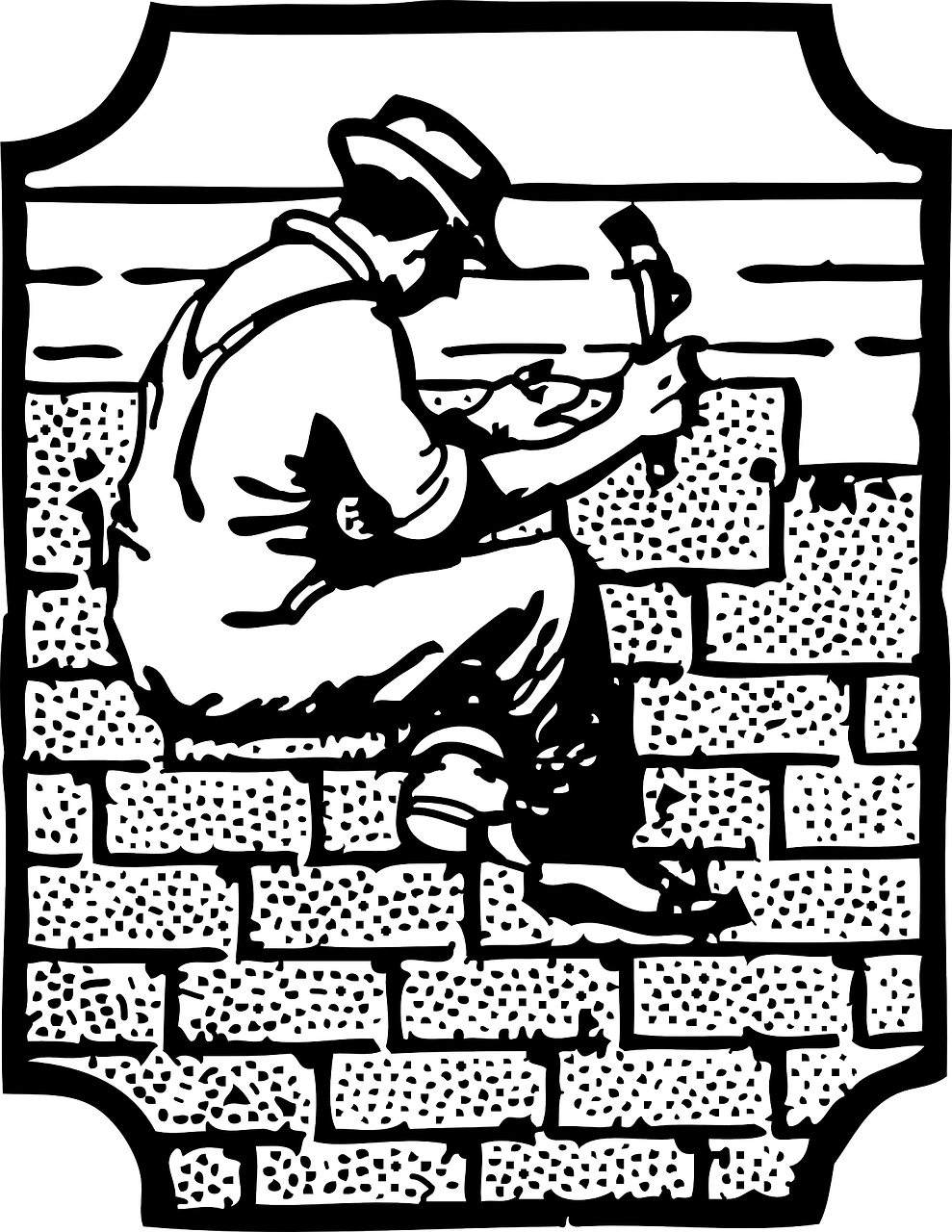 source
While still schooling, secondary school to be precise, i do not have money of my own except the food and transport money given to me by my parent but then during vacation, there is nothing like this and hence i am always without money and also i come from an average class family, sometimes there is enough to eat, some other time there is little to eat and some times there is nothing to eat at all!

It was one of those days that there was nothing to eat at all it happened, i have a best friend that is more stronger and taller than me even though we were age mate and i actually senior him with some months, so during those bad days, he is the one always feeding me with the income he get from manual labour and i did not want to become a liability to him so i told him i also want to do the work! he was like i can't do it, i don't have the strength but i told him i can and he should try me, he reluctantly took me to where he was going to work that day and when his boss also saw me, he said no i can't do it but i insist i can and after some persuasion he finally let me have my way.... 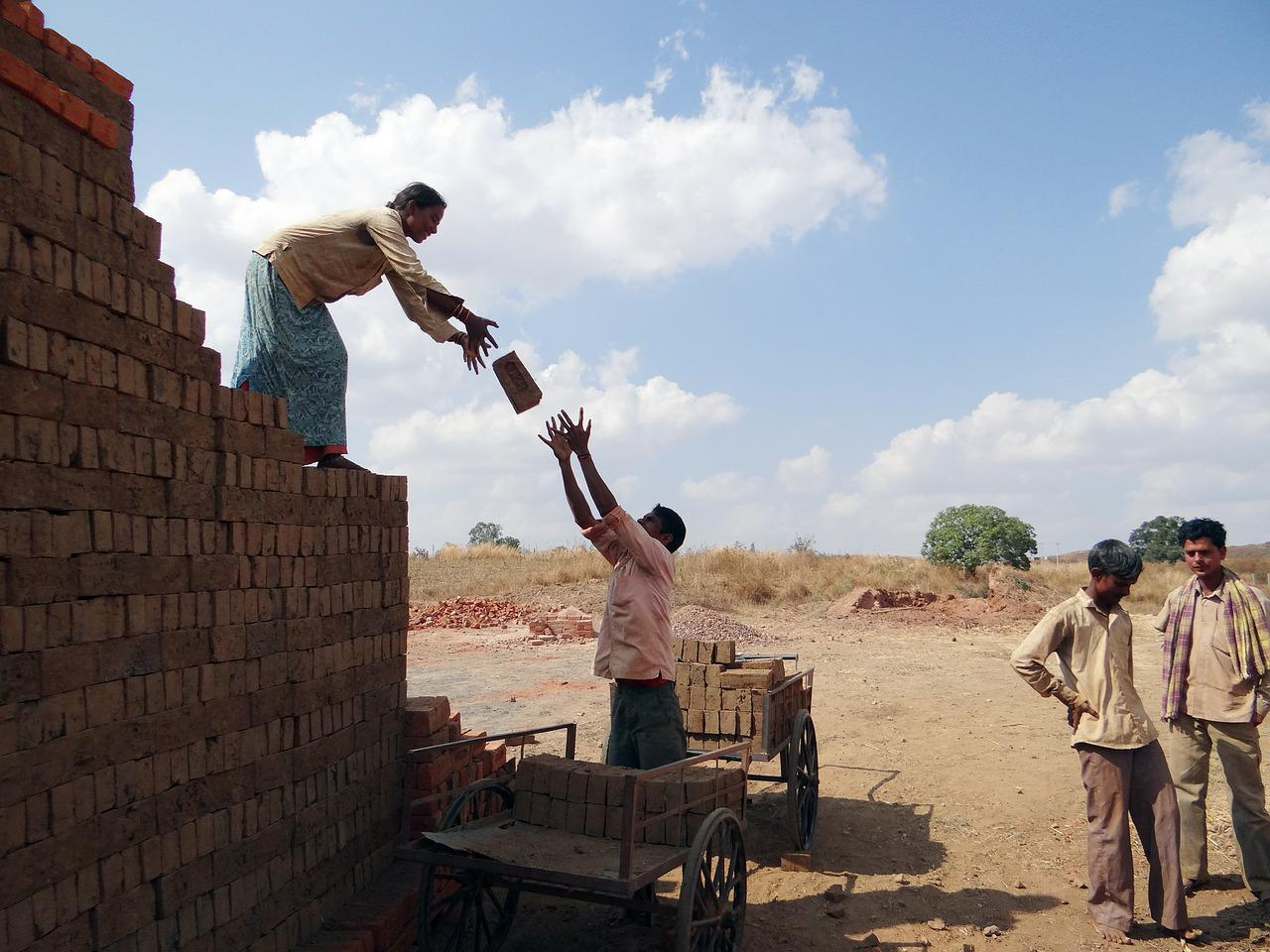 It was when it was time to carry the pan of concrete i realized i have passed my boundary as i could not lift it and i saw my friend easily lifting it up to take it to those building, he figured out my predicament and told the person putting the sand in to reduce the quantity for me, even at that i still need his help to help me put it on my head! after few hours i was already so tired and the sun didn't even make it better, i was feeling hot and tired at the same time, i beared all the pains even though i could have fainted and luckily we finished faster on that day and was paid #1500 naira [2.5 dollars]..

After the end of work, i was feeling so sick and my body was hot, i had to go home to sleep, to cut the story short, i was down with sickness for a whole week and even the money i earned was not enough to take care of the bills of the medical treatment i received.. Since then i never went back to the manual labour and my bestfriend only mock me and said he warned me, well he never stop feeding me every night as usual after he did the work.. We always go to a tuwo joint to eat and those memories are forever stuck in my memory...

You had your own money eventually at the end even though it was a bit hard.

yea it was very hard but i did get it

You are a hard worker and brilliant. I always think that those who have brains are a little bit weaker than the ones who are physically strong. Its alright that you did the work because you learned how tough it is. Well done Burl

oh well yea, sometimes the strong feels they need their strength more and the weak thinks only can brain can save them so they use it more

Chaii...
That kind of work is not good for you or, or maybe you fell sick because it was your sick time.
The good is that at least you tried, because if you don't try you might never know.

you got it on your first attempt, the work is not good for me, and yea that was the first and last time i ever did it.

Yes dear
Have a lovely week.

All work is good for everyone, just that your body needs to go through the new change that just hit it... But thank God for opportunities if not 😁😁

He for red ooooo

It wasn't his sick time, it was just his body experiencing a hard hit 😅😅

yes thanks! man must survive

You are brave, hard working boy but all work is not for everyone
Hope you will get more and more success in your every steps...

Thanks for sharing your story.

I am blessed from the beginning because I didn't need to go for any manual labor, Alhamdulillah. The first money I got from the scholarship I got when i was in class 5. Then at class 8. But my real earning was from being a house tutor when I was in medical college.

yea you are indeed blessed, lucky you and am happy for you..

Insha Allah you are Very lucky my friend... Growing up, We saw hell most times, but thank God for God

Yes. Alhamdulillah. I am blessed and lucky.

Chai! These were really hard labour I've not tried o. I am Aje pakor but I behave like Aje butter. Thank now you have better opportunities than those days.

Better enjoy the ajeh life oo, and do your best to allow your offspring enjoy same

exactly, after that first time, i commot body never to try it again😂

To be honest, you work harder than a lot of people. You deserve to be reward handsomely.

thanks for the compliment nameless🙂

I remember I did this type of job bro, is really a hard job lol

very very, i respect those doing it

Chaii, the great burl...after the hard labour, you couldn't enjoy the 1500 in peace rather sickness took over, that's sad.

Anyway your hustle paid off!!🤝

The hustle paid off oo, at Least the story has earned him some HBD 🏃😁😁

my hustle that day only collect more 🤣 but yea i never stopped hustling and it is paying now lol, thanks!

Gosh I never thought about it but is sound like really hard work. It broke you - so it has to be. You were using muscles never before used. Not everyone is cut out for manual labour and you now know that it is not for you. Great that you tried it though.

yea definitely not meant for me but a boy must survive those days and am thankful for life now.. thanks momo

wow...i can imagine carrying a pan of concrete cement..hell no not easy, well done captain

When some situations hits, imaginations will flee 😅

thanks my man, e no easy and i don't wish my enemy such life too

that is good of you xd

Wow... Your friend is truly generous; I admire how he continues to offer you money despite the fact that you couldn't continue with the manual labor.

When I was a kid, one of my neighbors (Uncle Solo) gave me my first pay, which was quite funny, I made a post about it though 😂

yea one of the people in my life i can never forget, he stood with me during those moment i needed a friend's help and i read your story, it is interesting, money girl😂

I remember the first time I tried carrying that headpan. God... that thing is heavy! I only went one trip before I gave up, I chose to mix the cement instead😂
It's not me you will come and kill😂😂
Thank you for sharing this with us.

So we plenty when test this concrete mixing Life? Well Thank God we survived ii 😅😅

Laugh wan finish me 😅😅😅😅, Because I can relate very well. I did little of concrete job, but it was easy because the man aknowledged that we were still small... But you see those site were they hustle, nobody wants to look at your face oo

Your post got me laughing and brought my memory of first work in fish pond too, After all my ginger, eye turn me once 😁, thanks for sharing 😇

🤣 yea i felt dizzy that day too but i man up, didnt give up till the end, na after the day work, my body break down🤣

So touching. I can imagine how bad you felt when your friend mocked you. But you did very well by trying out the job too.

i didnt feel bad tho, he is my best friend and he didnt mock me to make me feel bad, just a way of teasing me to stop trying to do what he does because he is more stronger lol, thanks!🤗

so tired and it graduated to sickness😂

But you tried it and realized it wasn't for you. How would you know otherwise? Sorry it made you sick. That was not a good outcome. When I was growing up my parents gave us a small allowance for doing chores around the house. I also did some babysitting for my cousins and some neighbor kids as well. When I was in high school I had my first job clearing tables and setting tables in a restaurant. Any experiences we have teach us something about ourselves.
!CTP

yea i thought i could do it but then i tried and realized it is beyond my power,and you are right every experience teaches us more about life and ourselves.. thanks

You're very welcome, @burlarj. Enjoy your day and the rest of the week.😀

Until you gain knowledge and skills, hard work is often the only work available to you. You should be proud of yourself for taking the initiative to find work to make some monry.

Very extraordinary job. If so, how much did you share your first income with other people?

Your first earning was not an easy one... Though you tried your best, atleast your friend will also realize you're not lazy and you're willing to work just that the kind of work you saw then was beyond your boundary..