Crypto - The Gift That Keeps Giving

The man that introduced me to Cryptocurrency in 2017 assured me that as long as I stuck around and learned the ropes, that I was going to make generational wealth from it. But the thing is, he was talking about playing the market games - buying low and selling high, selling low and buying back lower.

In fact, he was basically talking about trading Bitcoin and Ethereum as those were the two most stable coins that afforded enough data for the study of Fundamental and Technical Analysis. We were warned to stay off alts lest we got rekt. Some of us budding traders were given a trader's starter pack of $50 by our mentor and were taught how to trade on Luno and Binance. Plus we were also taught how to do leveraging of trade for the big boys. With these small starter packs, some of us who were really dedicated and had unflinching willpower soon turned their starter packs to something significant and before long, they were cut loose and were on their own.

...with little or no investment

This here alone is why we can never talk enough about the positive financial impact of cryptocurrency because it provides such a level playing field.

Believe it or not, some of the guys who utilized their starter packs at the beginning of our trading journey now have mentees under their wings and are doing very well for themselves and the crypto community at large.

Imagine building a sustainable income 4 years down the road just from a meagre $50 and the will to succeed.

I remember some of my buddies from our telegram group back then who had the foresight of saving their trading profits by buying and stacking alts. The dream was Lambo (financial freedom), the ultimate crypto dream. Some got hundreds of BNB under $10 in 2017, some bought a few Ethereum under $100, others stacked Monero for just a few bucks and 4 years down the line, the values of these coins have risen beyond anyone's wildest beliefs.

The Forth airdrop is still fresh in the minds of many people, especially those who write blog posts on publish0x. This is one of the biggest airdrops I had seen (SPS surpassed that), in terms of the quantity/value people received by merely interacting with the AMPL coin.

The beautiful thing here is, a lot of people who benefited from this airdrop didn't buy AMPL with their money thanks to Publish0x.com.

An acquaintance of mine from noise.cash got around $15k worth of Forth for all the AMPL payouts he had gotten from Publish0x and the thing is, all the AMPL he got were barely worth $100.

Well, I'll be damned! Splinterlands is the talk of the crypto-space at the moment, all thanks to the SPS airdrop.

I was explaining Splinterlands yesterday to a gamer who isn't into crypto, and he said yeah, he kinda understands the game, that it was much more like GardenScapes, an IOS/Android game. I said yeah, it's like Gardenscapes because I am familiar with it too. Then I told him that people were getting massive bucks (free money) from just playing the game. He paused for a moment and gave it a little thought then tried to make it make sense to himself.

Then he asked, "you mean, for instance, I get paid daily in $ because I had been playing Gardenscapes for 3 years and have been stacking those game assets"? I said yeah, then I told him some people are getting up to a thousand dollars daily and would keep getting that or more for 365 days. 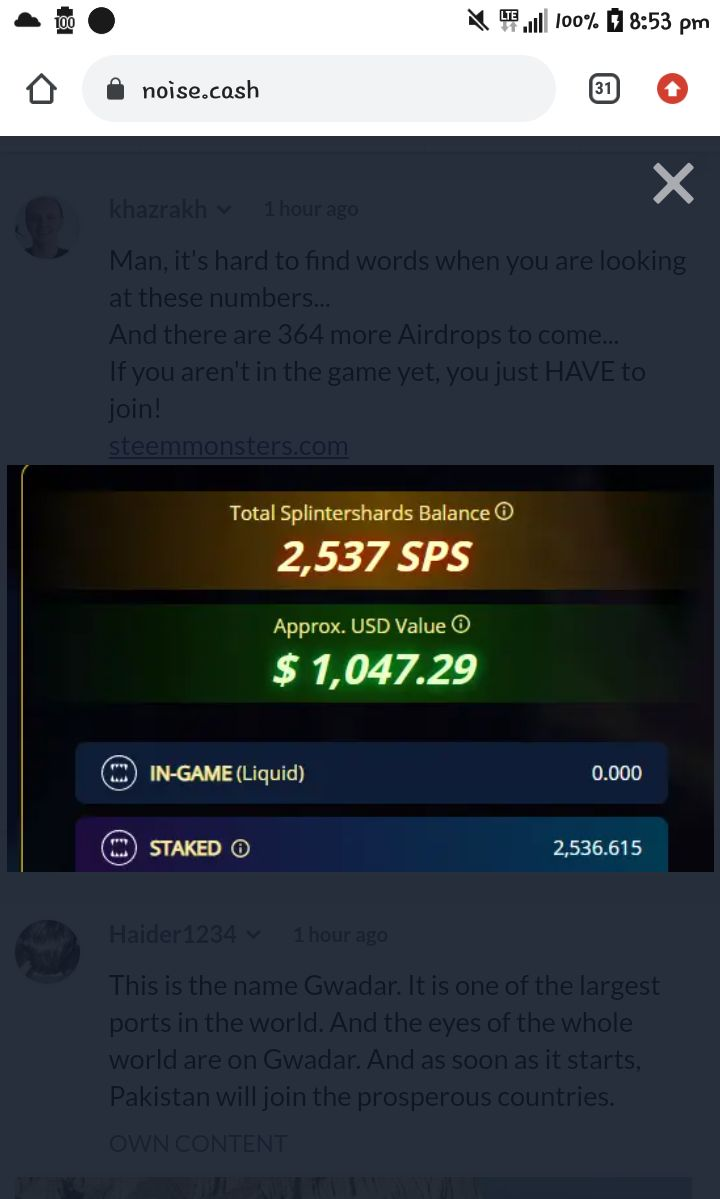 Then I told him that, the airdrop aside, all the in-game assets have real monetary value and are yours to sell or rent as you see fit.

He was dumbfounded, I would have been too but at least it made sense to me since I know about crypto and I know about airdrops but I was blown away regardless.

That generational wealth my mentor talked about might have been a long task through the route of buying and selling crypto, but I have my attention locked onto it from this side of crypto - the fun side.