None is Safe from the Dragons Wrath! Share your Battle Weekly Challenge 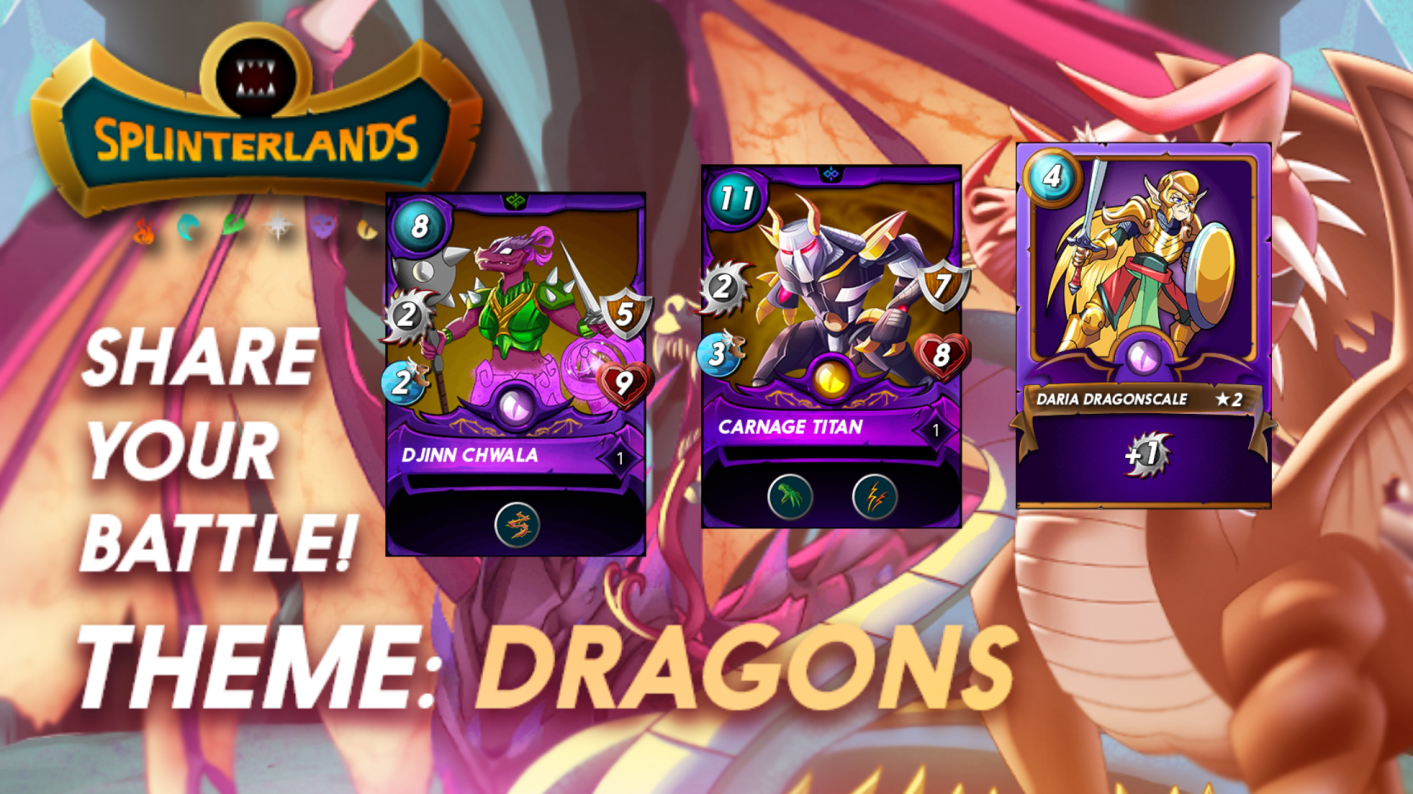 I hope you're having a wonderful day (or night). I'm really excited about the theme of this weekly Share your Battle challenge which is Dragons, my favourite splinter and the one who brings me the most victories on the Bronze and Silver league! For this week, I'll bring the combination that's I've recently dicovered: The Dragon Summoner that I'll be using for my battles: Djinn Chwala is Bae! It offers what a Tank really needs: 11 Mana is the right cost to summon this legendary dragon into the battle: 4 Mana Dragon from the new Rewards Edition, not the best base stats but decent abilities if used right:

With No Water Element available and according to opponent's history, I expect to be faced against a Fire team and the prediction was right! Enemy lineup is scary as I have to get through living Lava before Djinn Chwala gets eliminated.

The round starts with Creeping Ooze Slow which halts my monsters speed, Spark Pixies attacks first then Serpentine Spy wastes his attack on Chaos Agent (luckily I had 1 Mana to spare for Chaos Agent). Scorch Fiend attacks Djinn Chwala and gets eliminated by Thorns Damage. Now it's my turn, both Djinn Chwala and Carnage Titan attack Living Lava to reduce its health to 3 (Shield made it so Tanky!) . Luckily Djinn had 1 Armor left to absorb the full damage from Lava and lastly, Radiated Brute attacks for 3 damage while taking away 2 Thorns Damage. 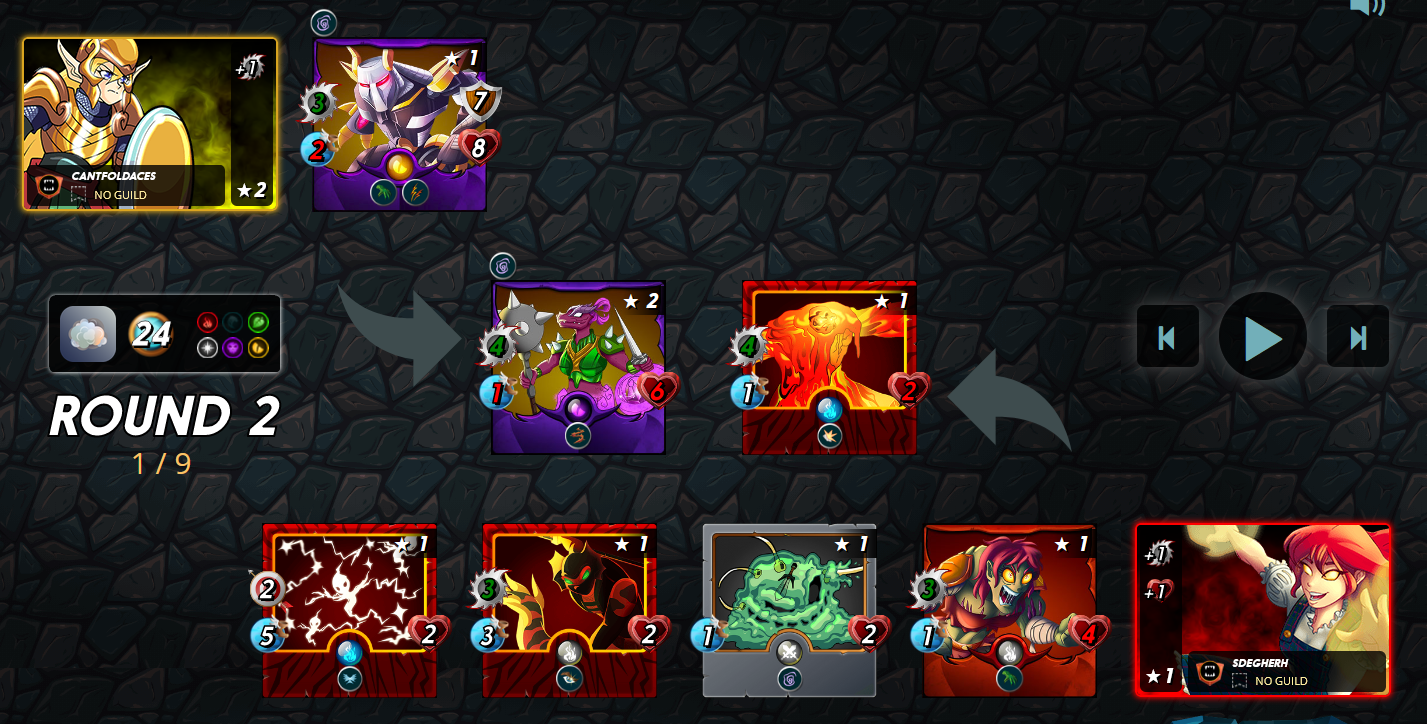 The battle not over yet as Pixies is first to launch its ranged arrow followed by Serpentine Spy Opportunity attack leaving Djinn with only 1 Health while Serpentine Spy is out thanks to thorns.
Witness Carnage Titan damage as it slay Living Lava on the first strike and left Radiated Brute with 1 Health on the second strike only to be finished by Djinn Chwala ruthless damage!

The battle is pretty much over, after Djinn elimination, Carnage Titan did clean up with the deadly Double Strike bringing again another Victory for the team! 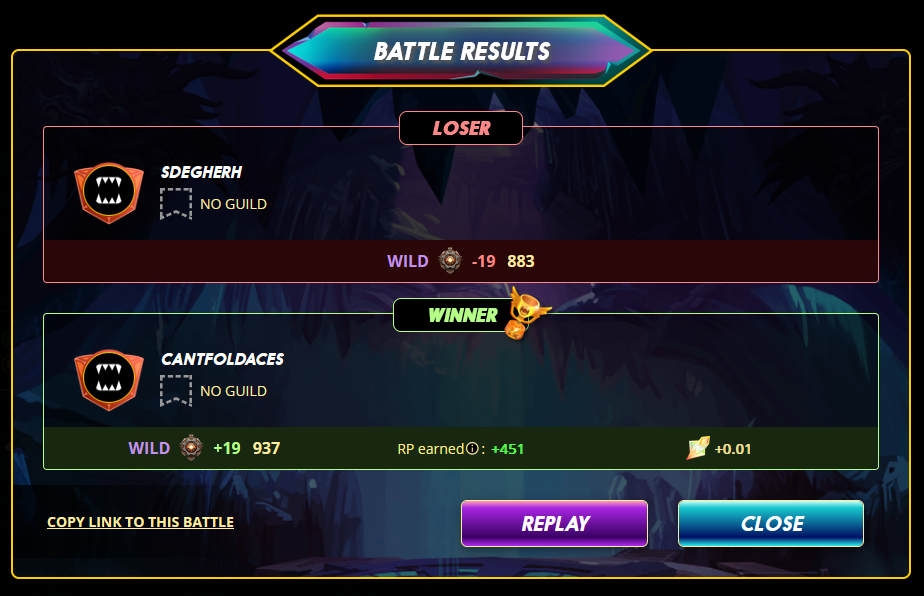 Fire Deck is really strong at the lower levels so I'm really glad I've found the way to beat it with this Dragons combination, Thank you for reading till the end and I hope you enjoyed watching this battle and hopefully I'll be comming up with more interesting battles!

Good luck Have Fun on your Splinterlands Battles

Make sure to take part in the Weekly battle Challenge Here

I will save this post, I liked your battle, I have problems to climb to silver, I have 17k of power to reach silver thanks to some delegations that gave me, but it is a little difficult to climb, and I think this combination will be very helpful. !PIZZA

Thanks for passing by and I'm glad it helps! Climbing to silver if rough and this combination can help get get asap from bronze!

@hiveupme 59
3 months ago
Congratulations, @cantfoldaces Your Post Got 99.3% Boost.
@cantfoldaces Burnt 74 UPME & We Followed That Lead.

Congratulations @cantfoldaces! You have completed the following achievement on the Hive blockchain And have been rewarded with New badge(s)