Another season has come and gone, this being the 2nd since I started my Splinterlands Project #RAD (Rent-A-Deck Project).

Time for an update! It has been a few days since I posted last on Project #RAD. But I have been busy playing and finishing my quests. I had taken the leap to Diamond III a few days ago after deciding I probably wouldn't be able to get into money payout at the end of the season in Gold without sacrificing on my quests and quest rewards, and even then it was going to be iffy. Every time I lost a match it would set me back 30 ranking points, and a win was only moving me up 3. I did manage to get into the payout zone a couple of times but my quests would knock me back down. So I decided to go for the extra 10 reward chests and promote up into Diamond III.

I was pretty happy with my season end rewards. Lots of cards and a bit of DEC. I was hoping to hit one of those crazy DEC payouts or a gold card, but no luck there. But I will take the cards I got and say "Thank you!" 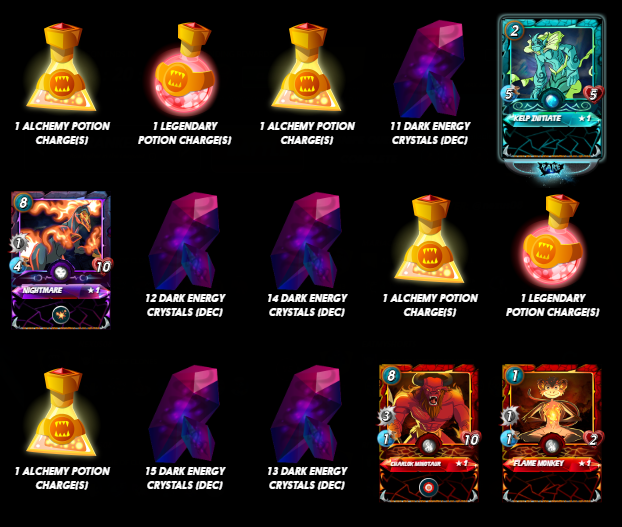 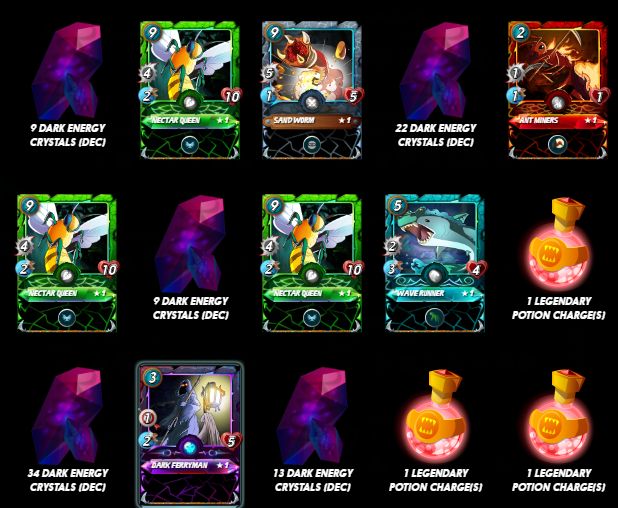 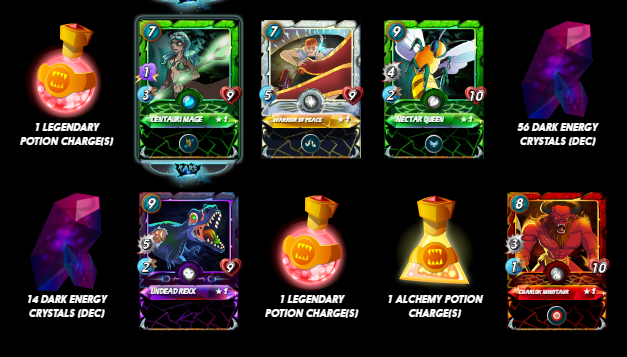 I have let a few of my shorter term rentals go and haven't replaced them. But I have a lot of rentals expiring in a few days so I'm going to be busy shopping again.

I started this project thinking I would use the rewards from my posts to pay for my rentals. However, after a day or so I realized that the increase in DEC I was earning was more than paying for the rentals. Right now my rentals are $0.40 per day. But I'm earning around 500 DEC, or close to $0.50 per day.

That means the extra quest and season end rewards are pure profit. Prior to staring this project I was stuck in Bronze I, and was getting 1 chest per quest and 9 chests at season end. From that I was lucky to pull 6 cards per season.

Now I'm getting between 8 and 10 chests per quest, and 40 chests (at least last season) at the end of the season.

My deck value has gone up $40 since the beginning of the project based on the reported values on PeakMonsters, up nearly 50% from my starting point.

Are you playing Splinterlands? If so, drop me a note with some ideas on what cards I should be looking to get. If not, consider signing up using my referral code - https://splinterlands.com?ref=nexus08

I hope you find this project interesting and come back tomorrow to see how the project is going. 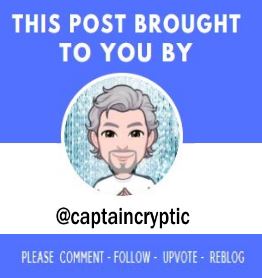 I'm not a financial advisory and this is not financial advice, these are just my thoughts. DYOR and all investments have risk. Splinterlands is a game, not an investment. Yada yada.