DEI - Another Stable Coin On It's Death Bed

@chekohler 76
about 1 month ago
LeoFinance

Welcome to retardville, where people have more brains than sense and end up with a few cents where there used to be a few dollars. Yet another fatal flow for all things shitcoin, as the dream of trying to create a stabelcoin backed by cotton candy, unicorn farts, and gumdrops along a razor-thin order book fails dismally.

It looks like Terra has opened up for fellow algo stablecoins to collapse and the latest victim is DEI a Fantom-backed stablecoin, which has lost as much as 46% of its value.

Now a stablecoin can move up and down around it's peg, we've seen this before, 1,2 or even 10% deviation has seen stablecoins recover but as soon as a stable coin breaks up or down from the peg at a rate higher than 30% has in previous examples been a death blow. It seems its all but a kill shot for the project and you can hang it up and start applying for jobs at McDonalds, you're done. 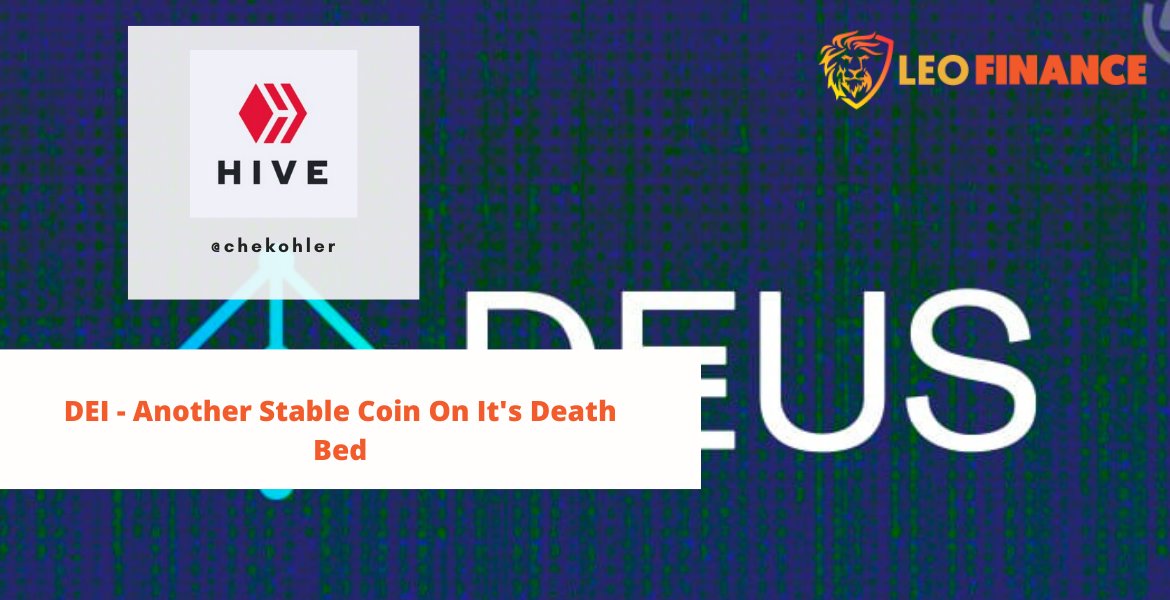 How does DEI back itself?

DEI, valued at over $62 million by market cap, operates within Deus protocol similar to the way Bean Finance worked,a stablecoin that also went down recently. Deus is a Fantom-based DeFi (Destructive Finance) project. The DEI stablecoins minted from the protocol are backed by 10% DEUS native horse shit tokens and 90% in other stablecoins.

Prior to the Luna blow up, you could mint stablecoins off the back off a napkin you picked up at a truck stop and people would accept it no questions asked, now that investors were burned, they're actually starting to pay attention and liquidity providers are running for the exit.

So how did it break?

The collateral ratio of DEI is constantly monitored via arbitrage bots, which continually trade $1 worth of the underlying tokens for 1 DEI but as traders start to get out of riskier trades to move back to centralised stable coins like USDT and USDC the amount of liquidity in the protocol dries up. Lower prices mean more pressure on that backing for your minted stablecoin and the bots cannot keep up with the sell pressure and the peg breaks.

This is not the first time Deus Finance made headlines, just a month ago it was exploited for 14 million through a flash loan attack

Once the peg broke the DEI stable coin has been in free-fall to hit a low of 56 cents and trending toward zero. 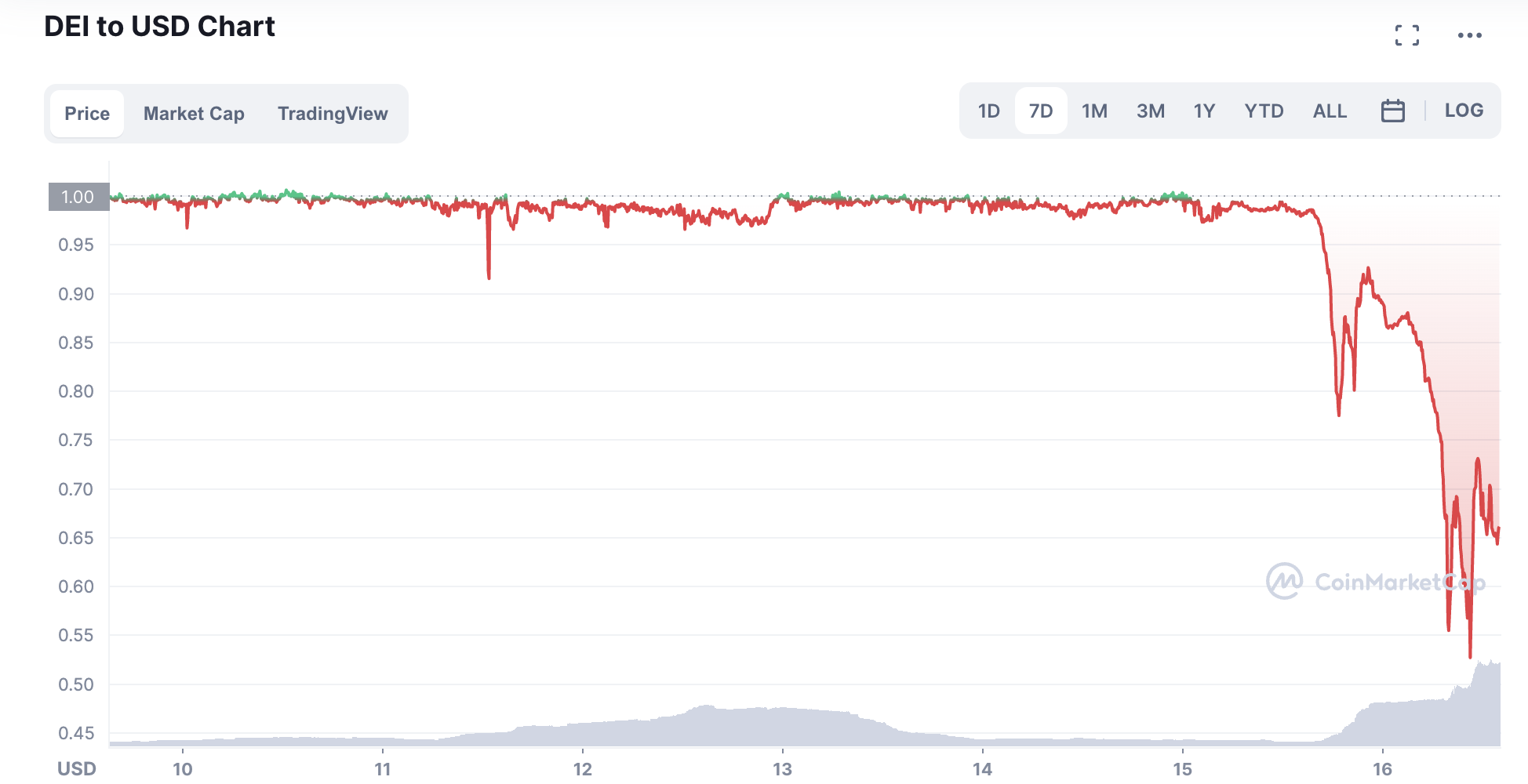 While Deus has only lost 10% of its value so far its $22,901,250 might not be enough if people stop dumping. Even at a 10% ratio, of debt backing to the stablecoin, if enough people panic, they won't care about slippage and drain the liquidity putting more pressure on the pool of funds to back a broken stable coin. 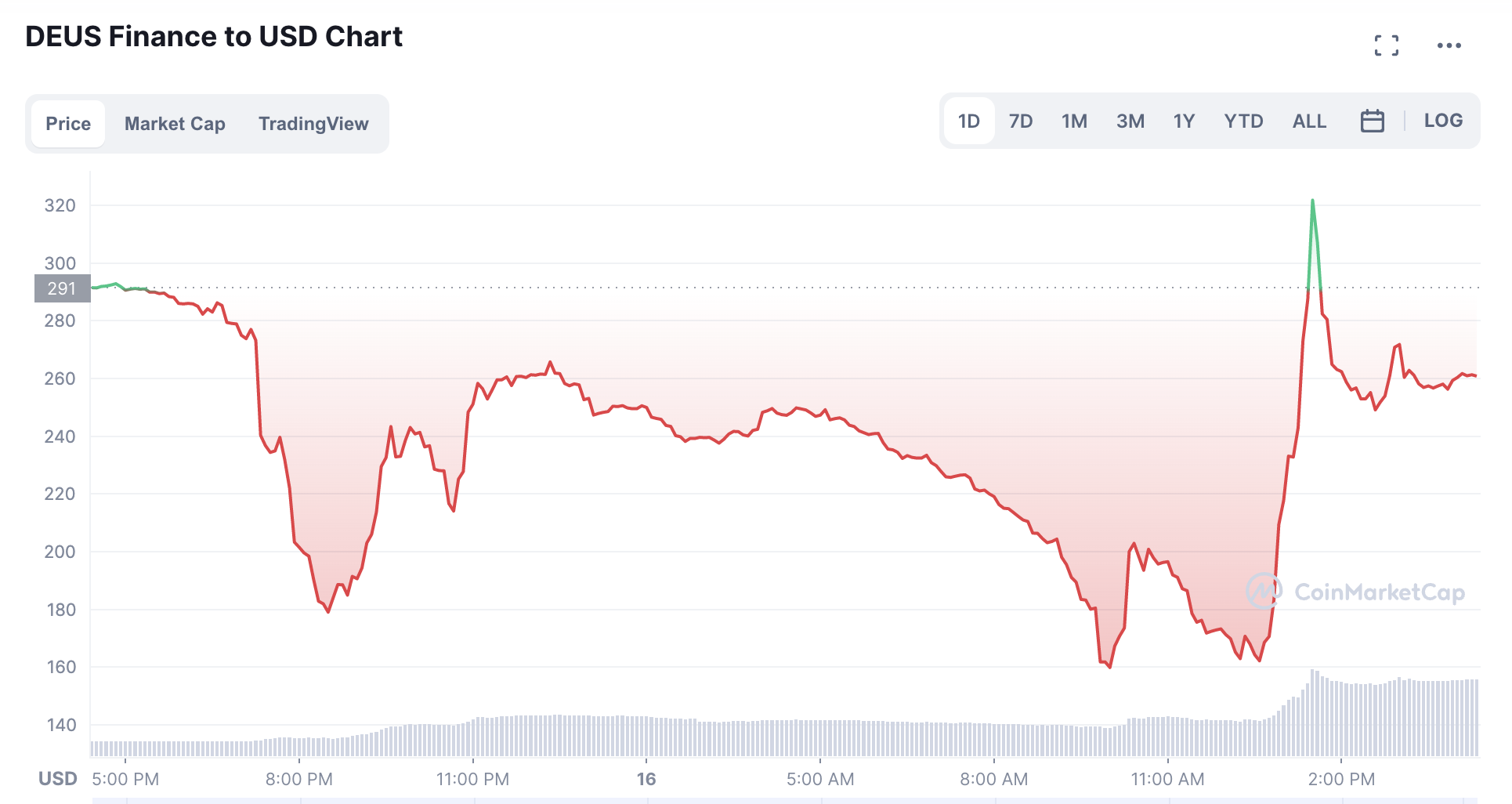 While this looks to be a controlled demolition now within the protocol and a stablecoin no one uses, it will affect the Fantom protocol as people bolt for the door, anything attached to a failing project like this will see it take a knock.

The price may increase in the short term as people move through the lays liquidating into the base asset of the chain, but that is short-lived as traders look to move into other assets or hold issued stablecoins instead.

Movements like this tend to catch novice traders off guard thinking their is a recovery and they'll only run in to catch a falling knife in the process. 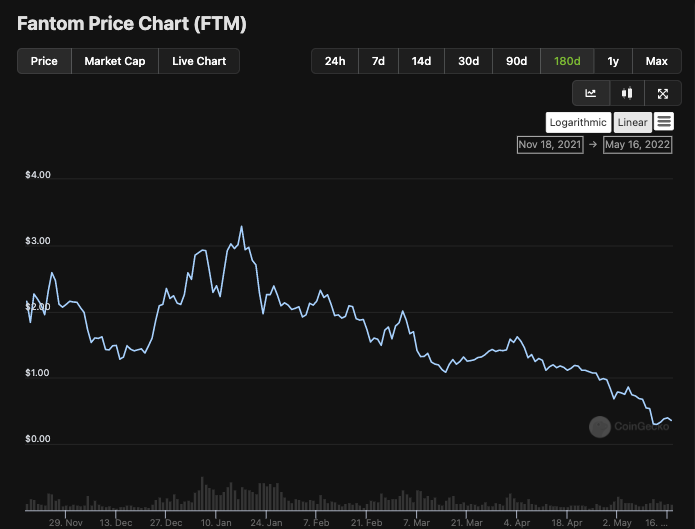 So hows that stablecoin'ing going for you shitcoiners? Lol 3 down in 3 months, how many more times do you need to learn the same lesson.

another one bites the dust.. hope everyone stays safe in these trying times.

Lol won't be the last, plenty more shitcoins need to implode and if people don't want to choose safety they need to learn the hard way

I wonder will people learn from the recent chaos in terra will eventually make lots of stable coins went to the grave. The stale coin seems to be on a craze lately, and when UST went down every one is on crazy mode.

It's the new grift, after NFTs finally started to lose steam they needed a new story to keep money from flowing out into fiat and bitcoin, so this stablecoin nonsense is the new trend, will end as badly as the previous trends

these people have the memory of a gold fish

Thanks for helping us better understand the crypto world, first time I heard about DEI

It will give the impression that the falling LUNA has become the executioner who raised his ax over the head of most crypto coins). Everyone is waiting for the appearance of Robin Hood, who will shoot this monster in the forehead).

Yes, gambling is something that is based on destroying your fortune, your home, your family and turning a person into a slave.

Damn, another train wreck!
Amazing how HBD is now stable... after years of going up and down like a rollercoaster. I hope it stays that way! 🤗

@ammonite 72
about 1 month ago

I still find trying to peg coins to the dollar a bit sad. The sooner we move away from valuing the blockchain world by the old legacy system the better.

Exactly, it's self defeating, I get the idea of USDT making it easy to clear between exchanges but that's where stablecoins end for me, I have no use for them