Long May The Liquidations Last

When the bull market comes rolling around, it's easy to get overconfident and as number goes up, so does the need for leverage. Retail and institutional investors feel they can't lose and the tack on more risk, they take positions they cannot fund immediately and borrow to keep chasing returns.

The DEFI lending game has proven to be a massive contagion risk, as it unfolds now and we're seeing liquidations on a massive scale. Funds are getting crushed, and CEFI companies are not honoring redemptions because they cannot meet obligations and stop a bank run.

People are now sitting on the sidelines, licking their wounds after an 80% drawdown in the overall cryptocurrency market. I doubt many people who got wiped out will get back anytime soon so I think the market will be flat for some time as we move on to the next halving.

Depending how long central banks can keep up higher interest rates to try and pin down inflation will be a big factor in capital coming back to bitcoin and that's anyone's guess.

Lots of wealth has been obliterated

About 2 trillion in bitcoin and shitcoin wealth has disappeared and I still think we have a way to go, I could easily see bitcoin drop to around 250 billion in market cap. Stocks have taken a beating and there is increased credit risk in the bond market as we see CDS markets blow out.

As all this paper wealth evaporates people feel a lot poorer and cash has become the best place for people to hide out, especially the dollar which has been crushing not only assets but other fiat currencies too.

If you are lucky to earn dollars, you are bagging a premium right now when buying bitcoin and that's a blessing many won't consider, they'll wait for braver souls to come in and pocket this premium. 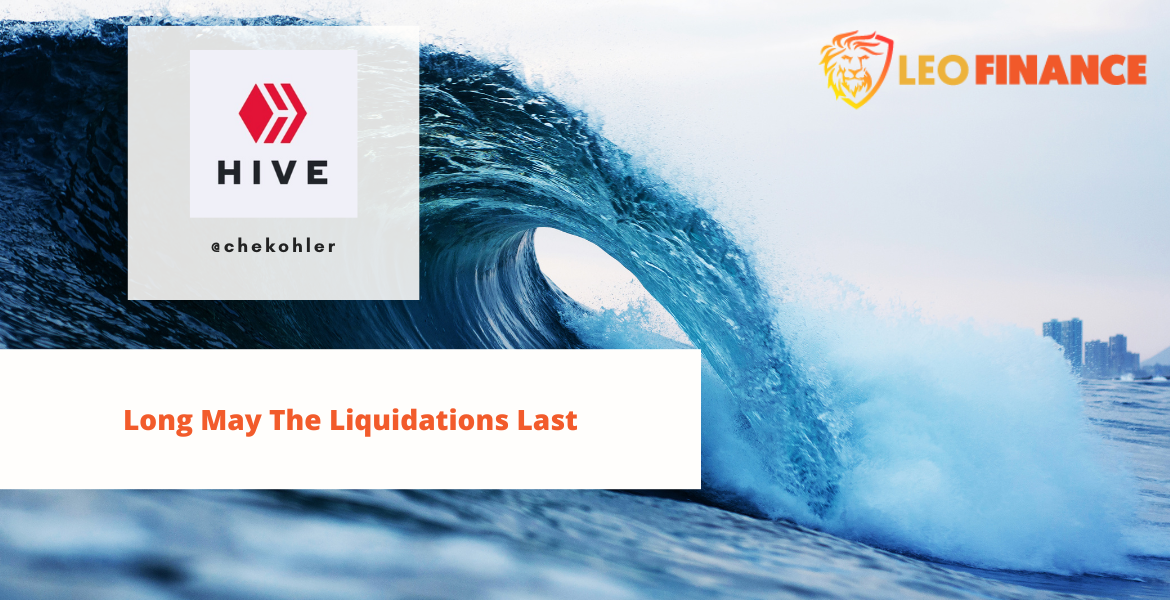 It's a retail market now

I am loving this mass deleveraging at the moment, picking up sats at 2017 prices is an absolute blessing for anyone who has free cash flows to spare and the ability to allocate, and the will to allocate.

Shitcoiners are wrecked and selling, loads of bitcoiners are all or took large positions at 30k thinking it was the floor and don't have much capital to deploy.

While large investors are turning tale and moving into bonds, commodities, and cash to try and ride out these interest rate changes.

Bitcoin is still considered a "risk-on" trade and will be coupled with tech stocks and it's going to be a bumpy ride. I don't see this being the floor, I still think there is higher rate hikes on the cards and I think the longer this tightening goes on, the more shitcoins bleed out and a lack of liquidity from tradeFI coming in to bitcoin.

It's once again a retail stackers market and long may it last, like most retail I have modest capital to deploy, I still need to live but picking up what I can and averaging down my cost basis from the bull run.

It's so obvious that cryptocurrencies are so volatile which means it has to be dealt with strategies. In my opinion, if you are fortunate to have your investment synchronised with the bull market then you are sitting on a bar of gold.

However, keeping the investment there for long might lead to obliteration just as you've said. Hence, in my opinion, taking out a little of your digital investment and channelling it into a real-life investment gives you a win-win method.

And you won't eventually get cracked if the market becomes bearish.

How does this word salad have anything to do with the topic of my post?