In today's edition of YIYL (You Invest, You Lose) we take a look at how the world's biggest shitcoin casino looks to try and sure up its dominance in the market. Apart from the Ethereum foundation and Consensys.

I think Binance and its various ventures has to be the biggest player in the space. Every project with a shitcoin would love to get listed on Binance to access the pool of users and liquidity and Binance is not shy about listing anything they think they can make the slightest bit of money on.

I often refer to it as the TikTok of investing.

After the bear market dramas, many companies have gone bust but Binance remains unfaltering for now, and I think that FTX and the other blow-ups only sure up Binance's position. Even if Binance is functionally insolvent and playing leveraged games, having all your competitors blow up gives you the opportunity to take their customers and assets for pennies on the dollar.

Not only that, but projects that had markets on your competitors are also hurting, so you can make sweetheart deals with them, rip their faces off for equity or positions in their token for next to nothing and support them with your platform, which looks to be what Binance is doing. 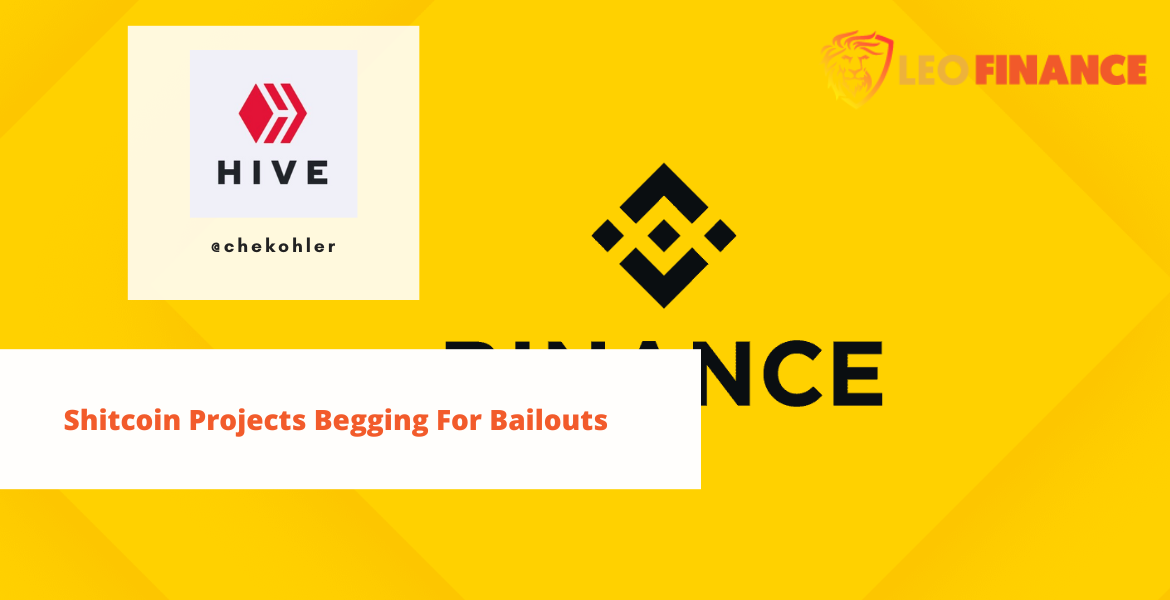 CZ is the Fed for shitcoins

On November 14, CZ of Binance announced an "industry recovery fund", which he said would devote money to "further cascading negative effects of FTX [and] help projects who are otherwise strong, but in a liquidity crisis".

Now this sounds like an olive branch another scam in effective altruism, but really it's a leveraged buy out of these companies that have been rekt in the bear market.

In a blog post outlining the $1 billion initiative, Binance also revealed that:

"we have already received around 150 applications from companies seeking support under the [Industry Recovery Initiative]"— only a week and a half after it was announced.

To the normie and shitcoiner that doesn't sound like a big deal, but if you actually have any critical thinking you'd realise that 150 projects of various sizes that you might be using, might hold tokens, might be staked, might have money in are insolvent and require a bailout.

The only reason they have not balked is because they are able to service redemptions or encourage their user base to stake rather than take a run on their underfunded treasury.

Binance is the kingmaker

What Binance is doing now is deciding who will live and who will die in shitcoins, if you get a bailout you get to run with some extra juice compared to your competitors and take losses to take customers and liquidity off other projects.

As those projects that get bailed outgrow over ones that didn't, Binance will get to dump their ownership of those protocols and project tokens and make far more than they paid for it.

So Binance gets to dump old tokens on you a second time, while it works with new shitcoin projects to dump new tokens on you they got for nothing and you think you're making money when really you are the liquidity and the yield.