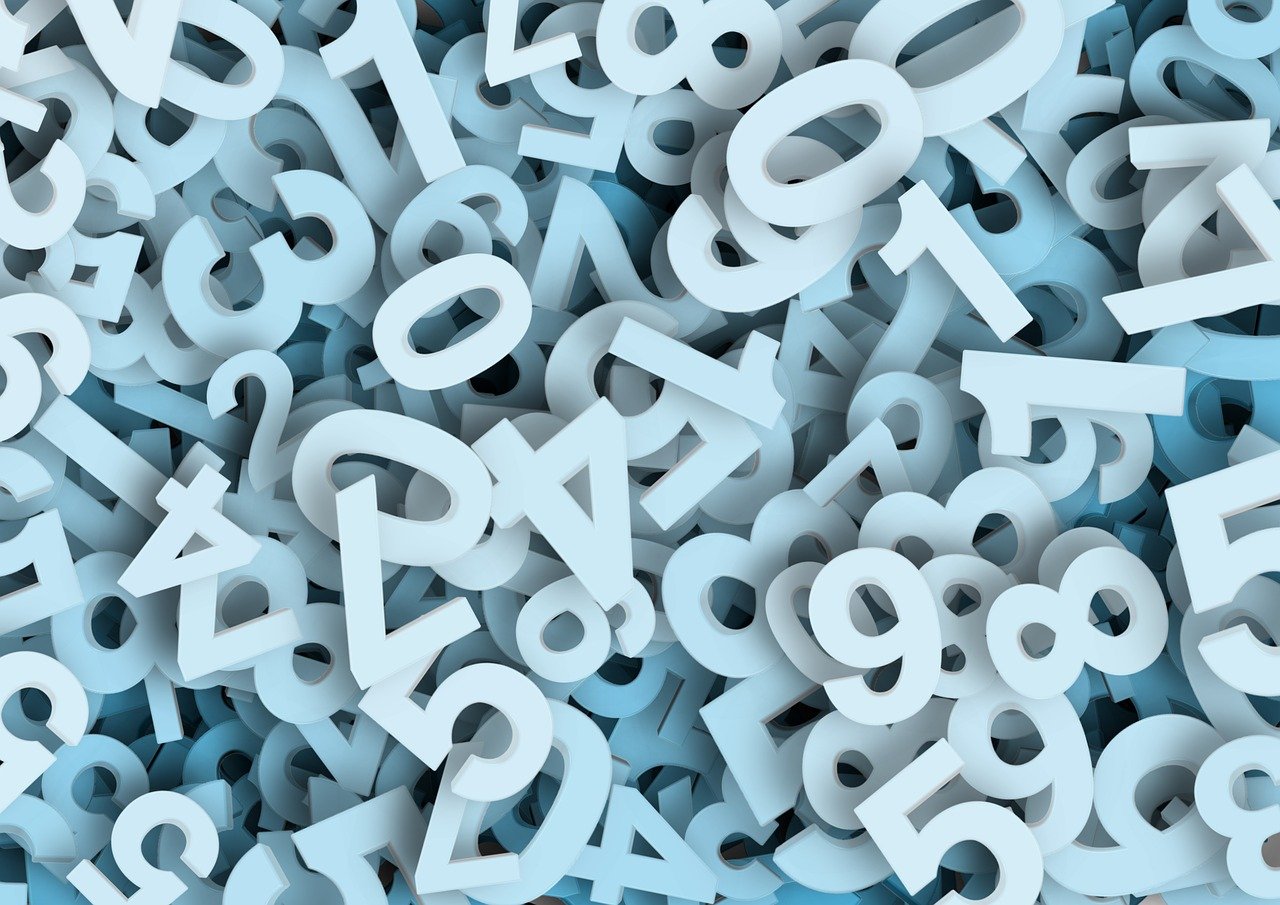 If you ask most mathematicians about zero being a number, their answer would be a yes - zero is a number, but why do they think so ?

Numbers were originally developed for the quantification of physical objects and as a matter of fact, this marked the beginning of our mathematical journey. The number one can be identified with a discrete object, the numbers two, three, four, e.t.c can be identified with discrete objects. Basically, these numbers are used to signify the existence of the object but however, to signify that the object doesn't exist, a number had to be developed - one reason why mathematicians believe it's a number, and it is referred to today as zero.

The number zero possesses unique and interesting properties that makes it very useful in most branches of mathematics, probably another reason why mathematicians believe it's a number. However, there are observations that seem to suggest that zero might not be a number - a true number to be precise, some of these observations would be what we shall discuss in this article and in another article that would be published probably next time.

Following the development of numbers was the discovery and development of techniques for manipulating these numbers and the earliest technique being the arithmetic operations. These arithmetic operations were discovered from physical observations, for example, when you have two objects on your table and you bring in three objects from somewhere else and place them on the same table the two objects are, you would have a total of five objects, this was where addition was born. For subtraction, you would have to remove certain amount of objects from the total amount available. For multiplication, it is simply addition of the same number of objects. Consider a situation where you have three boxes and in each boxes there are two objects, to get the total number of objects - neglecting the box, we simply add/count all the objects available (2+2+2), which gives six. However, instead of writing 2+2+2, we simply write 3 × 2 (multiplication), this multiplication expression is very useful if the number of boxes is so large (e.g two objects in one hundred boxes), as it would save writing space and time. Now, supposing we had six objects and we wished to share it amongst the three boxes evenly (each box having equal amounts), the obvious way is for each box to have two objects and this is where division was born (6÷3 = 2).

The symbols we use today for these arithmetic operations, especially in writing, are for simplicity (especially to save space and time). During the course of investigating these arithmetic operations, certain rules were discovered, an example was that, when a number divides itself, it gives one and as a consequence, any number multiplying one gives itself. Physically, if you had n objects and we are to share them evenly amongst n boxes - for convenience, n belongs to natural numbers, the obvious way is to give each boxes one object. Mathematically,

Now if you remember, zero is considered a natural number and also number in general but the above rules doesn't hold true for zero, let's assume 0 ÷ 0 = 1, then it means 0 × 1 = 0. However, there's another rule that says zero multiplied by any number is zero, from a physical perspective, if you don't have any object in each of, say five boxes, then you don't have any object in total - neglecting the boxes, what this means is that zero divided by zero is not necessarily one but any number. This on another hand becomes a contradiction (one equals any number) and to resolve this contradiction with respect to the first rule, then one of this two possible statements must be false

If statement 1 is true, then statement 2 is false and vice versa.

What is so funny, is that neither of the two statements presented above (1and 2) can be formally proved to be "absolutely" true or false. Well, this weirdness isn't surprising for those of us familiar with Gödel's incompleteness theorems.

Another example, is the case of the ratio of two real numbers also yielding a real number, that is

A problem occurs when the denominator b becomes zero (a ÷ 0), this kind of expression is seen very well in applied mathematics, like those found in Einstein's theories of relativity and it's sometimes referred to as a singularity.

Nowadays, such expression is believed to be equivalent to infinity (arbitrary large number) but unfortunately for us, infinity is not a number, it's just a concept for mathematical maneuvering, especially when dealing with limits (in calculus, for example). To understand why the ratio

Is sometimes accepted as a fact, let's observe the examples below

Notice that from above and assuming the relationship

There's no established fact of what the last one is (6 ÷ 0) but from our previous example (where b approaches 3), we can also conclude that at b = 0, 6 ÷ 0 is a very large number (as b approaches zero, 6 ÷ 0 approaches a large number). We don't know exactly what this number is, our "assumption" is that it is an arbitrary large number, this arbitrary large number is referred to as "infinity". In some cases, especially when you use a calculator, the result for such operation (6 ÷ 0) can yield "undefined" - meaning it cannot be performed. Let's now show that the infinite concept might be misleading.

Consider a situation whereby you had 6 objects to be shared amongst no boxes, our previous example suggests that if the no boxes were to be an entity, then it should receive infinite objects but you are only holding 6 objects, the question now is, where does the many other objects like the ones you possess come from ?

When we take our time to observe this case, we end up arriving at the same problems that we initially encountered, which are

i) one of the two statements below must be false

ii) Difficulty proving formally that either of the two statements above is absolutely true or false.

These are just a few of the many examples of fundamental mathematical rules that seem to behave oddly when applied to zero, despite zero being considered a true number.

Historically, of all the natural numbers, zero was the last to be considered a natural number, it was not certain if zero was to be classified as a number or not and as the ancient Greeks put it

How can nothing be something ?

Personally, i don't believe zero is a true number like other numbers, i believe it belongs to it's own kind of number which i would call a "pseudonumber", it is like a bridge between a true number and a concept, and therefore can act like either depending on the context.

We shall thus conclude this article at this point, have a thoughtful day and see you next time.

Is Zero A Number or Just A Concept? 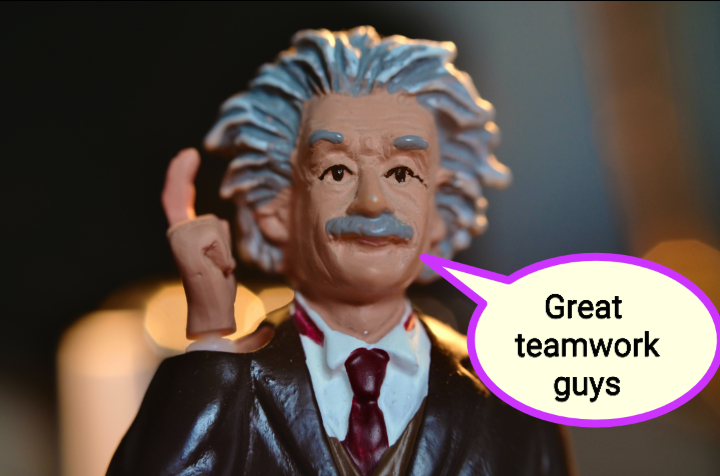 IMHO its not really a nuber but a symbol for no number :-)

Just WOW, such great analysis of the number zero, you are really intelligent.

So when doing operations on the reals mathematicians like to use the definition of field. For a field we only need multiplication and addition. The inverse is then given by division and subtraction, respectively.

how do you know this is true? I think before you can talk about this you need to define what arithmetic is. What zero is is then a result of the definition of arithmetic https://en.wikipedia.org/wiki/Peano_axioms

how do you know this is true?

At that point, i was showing how it should be from a layman's perspective - some or most of our audiences aren't professional mathematicians, it was never concluded in the article that it was "absolutely" true.

then one of this two possible statements must be false

If statement 1 is true, then statement 2 is false and vice versa.

What is so funny, is that neither of the two statements presented above (1and 2) can be formally proved to be "absolutely" true or false.

It was not intended as a critique of the article :3 just a question :o)