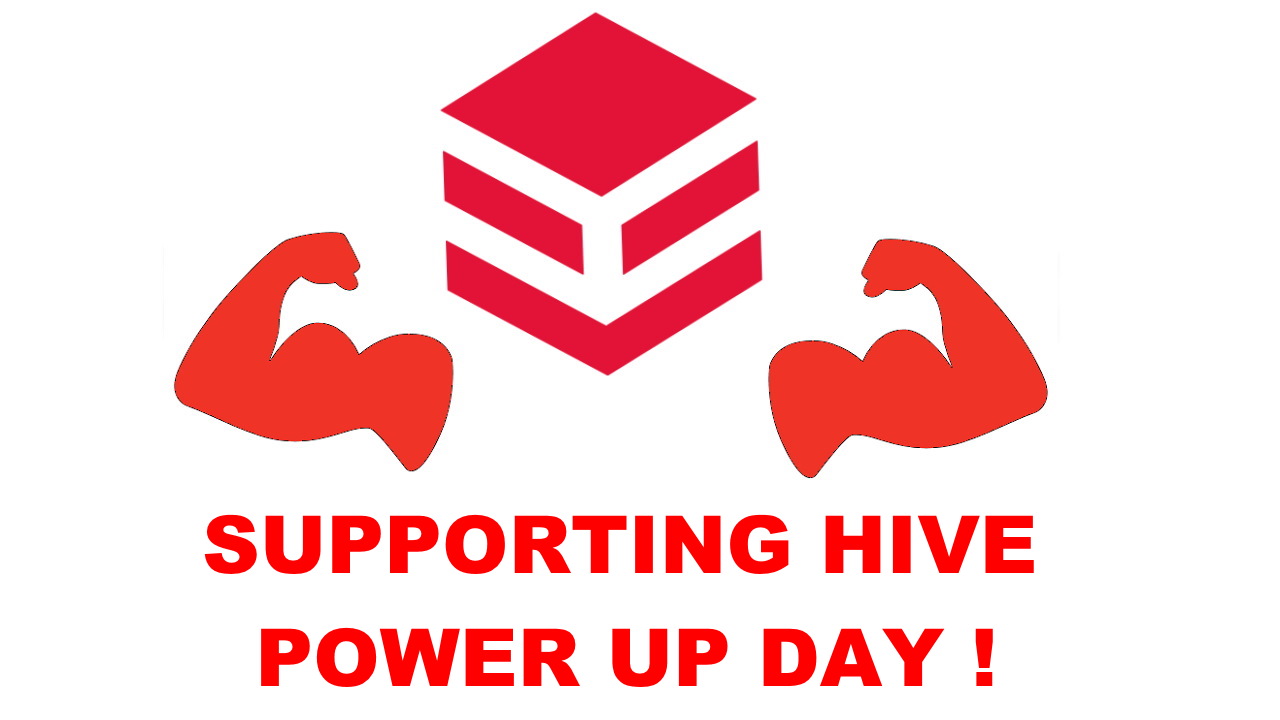 Hive Power Up Day have a long story. It all started by @streetstyle. It's so sad to not see him active. But we have to continue this initiative every month. Because it's really a nice one !

And to support the initiative I'm running on the blockchain : ''Collaborative curation'', I'll tag those who I supported for now by my upvotes from both community account @dcooperation and my main account @clixmoney.

So, checking the tag #hivepud , I found the following posts :

I like how @jersteemit is active commenting on hive. And the fact of participating in this for the third time is nice. ☺

@bartolomee lives in the same country where I live. And it's nice to see people from Russia participating in this. I know only a few Russian people active in hive.

It's nice to see @imfarhad powering up some hive. As well I renamed my account as ''alive'' and I know about the initiative ''Alive Engagement Contest'' @imfarhad is promoting !

I didn't see the post supported at all, that's why I upvoted to inspire @hjrrodriguez who powered up 42 hive.

I like the goals of yems and besides that he/she doing the best to grow the account.

I don't understant Spanish, but from what I see @damarysvibra also powered up some hive and I like that she is staking more than 1200 hive power in total.

I think that's it for this post. I didn't power up because I'm powering up every day all my earnings, but I'm glad I supported those who powered up !

Such initiative should be supported because it brings people together and that's awesome !

It's really nice of you to check out those that used the tag and dish out your support for them. All these are contributory effort made towards growing this blockchain as a whole.

Happy HPUD. Increasing my stake had been a goal over the last two months and it's coming up nicely

It's a great day of celebration, my first time experience in the hive family it's all good as for the participation, congratulations to all those who have been active as leasted in the community, jersteemit actually introduced me to this community he is really a great guy, well happy celebration to you all

Many Thanks for the support on the hive power day. Great one with this initiative of yours