Clash of Streamers | How To Get A Free Land Plot & Earn !

@costanza 73
about 1 month ago
LeoFinance

The development team behind the Mobile Play2Earn Game Clash Of Streamers is currently working on a Land expansion that will allow players to earn daily passive Crypton. This is how anyone that is looking to get some earnings from the game can get their own sub-plot!

The way that you earn from Play2Earn games is not to wait for something to get popular to jump in when it is in a full hype cycle acting as exit liquidity for older players . Instead, you want to identify actual solid projects that are still very much under the radar and build in anticipation for the masses to catch up on it. I first did this with Splinterlands playing and accumulating many assest that are now very rare. In 2020 before the game blew up, I made monthly earnings posts (Link) which document how crazy it was back in those days looking what everything is worth right now and how much income it generated the years after.

In my view, Clash Of Streamers is in a similar or even better place to put in the time now to potentially get really high returns in a couple of years which off course is no guarantee. Land is the next big expansion which will be released in a time window of approximately 2 to 4 months and now is the time to get in to make sure you will be able to bet a land sub-plot for free as they will be in high demand later down the line with new players having less of a chance to get one when it is released.

How Land will Work & Allow Players to Earn

So in the game, players collect rewards and level up their account along with Heroes & Pets to get them to a higher-level making their overall team a lot stronger. The land will pretty much allow players to stake their NFTs for them to earn passive Crypton which is the main currency in the game that can be cashed out.

1 Full Land-Plot will cost 1 Million Crypton which equals around 1000$ right now and this will include 100 Sub-Plots. Each Player (including their alt accounts) will be able to occupy only 1 sub-plot to stake their or others their NFTs on to earn. 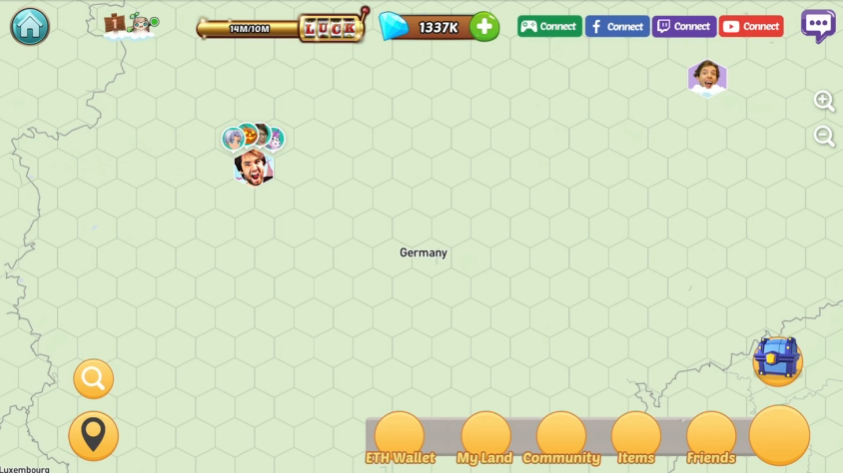 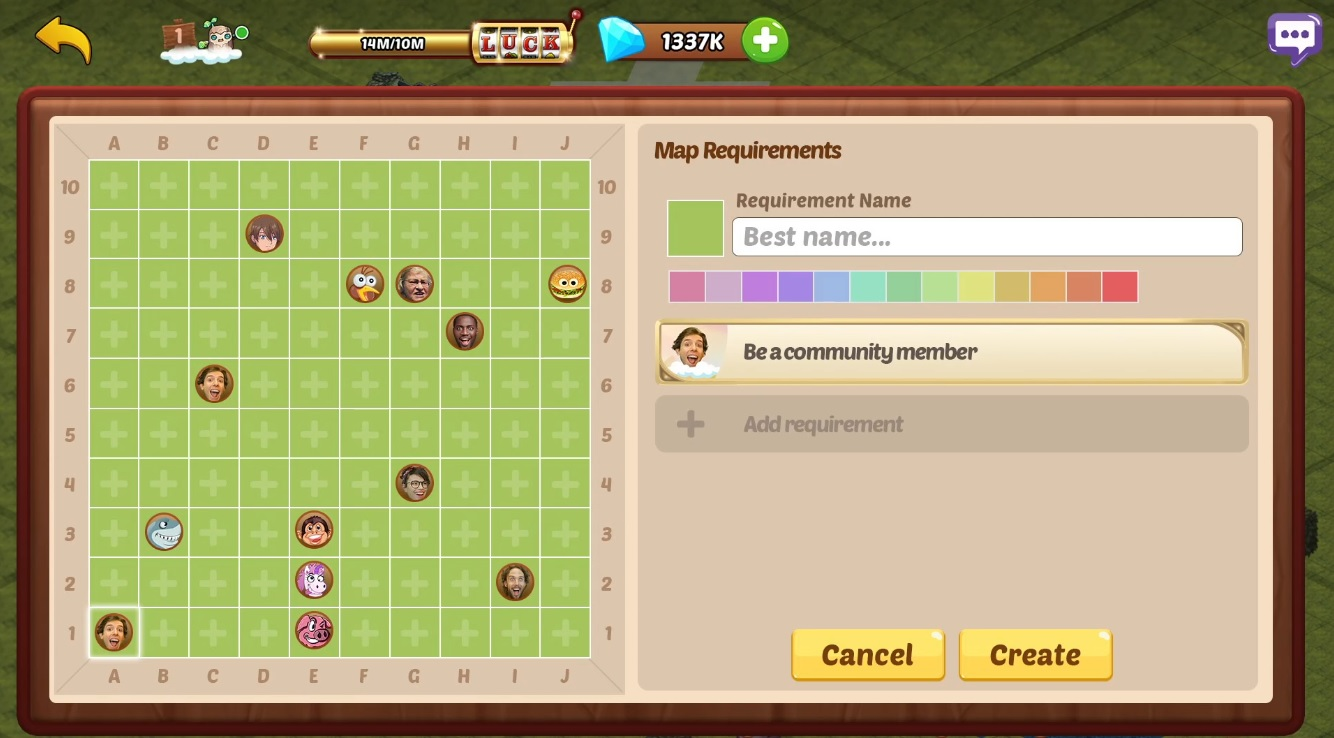 The idea is that the community leaders are the ones buying the full sub plots with community members being able to use or buy sub-plots to earn from. 90% of the passive earnings go to the one who owns the NFTs that are staked on the sub-plot, 9% goes to the account that occupies the sub-plot, 1% goes to the owner of the entire land-plot.

This system is also the way that the game aims to do good in the world having verified players from poor countries that get a sub-plot as a way to earn a small passive daily income from the 9% they are getting while bigger players stake their NFTs on these plots. 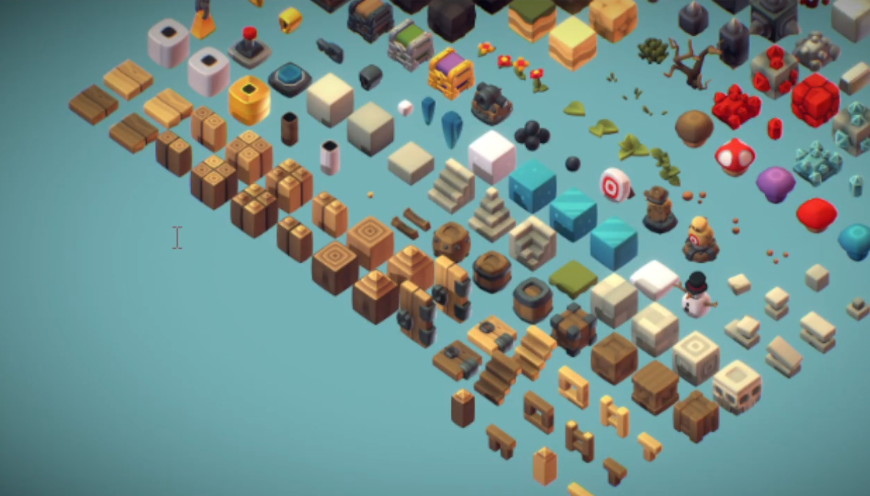 How To Secure Your Sub-Plot | Step-By-Step

I am saving up currently and aim to buy at least 1 entire Land Plot to give put sub-plots to my community members that will have very soft requirement. This is how by starting to play the game before the expansion releases you can secure your own sub-plot...

1. Download Clash Of Streamers optimally on your phone by scanning the QR code. It is fully Free2Play and doesn't require any investment unlike most Play2Earn Games. The game also doesn't require a crazy time investment as you literally can get all your daily progress in 5 to 10 minutes of play. New players will also get something called catch-up-luck wich will increase your luck for an equal amount of days since the launch allowing new players to catch-up to a certain degree to players that have been playing for longer. 2. Make Sure to be in my Community! One of the requirements to get a free sub-plot will be to be part of my community. When downloading the game through my link, you will automatically start the game in my community (you can always switch later on). If not, go to the community building, search for costanzabets and join. 3. Have Fun Playing, Exploring, & Learning the Game. Clash of Streamers to me was unlike any game I had ever played and it took some time to grasp what it was actually all about. This journey of learning to get a better understand was very fun on its own as I always discovered new things. By now, there are many guides online and they can highly help to understand everything about the game allowing you to play more optimal. 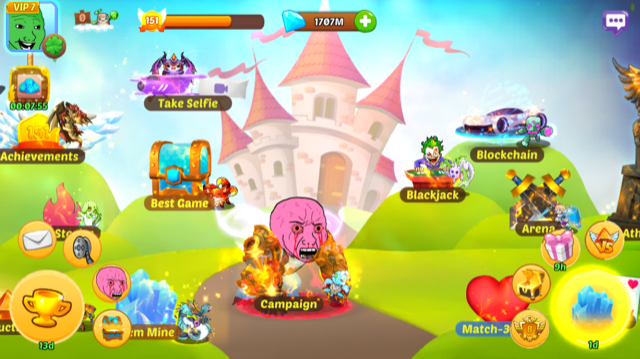 4. Increase Account Level & Level Up Heroes & Pets. Just by playing the game even as a Free2Play Player, you will be able to increase your account level, while collecting heroes & pets getting them to a higher level. You will also be able to aquire Crypton by selling duplicate pet skins which will eventually allow you to buy some Free Deals in the game.

5. Get Your Sub-Plot when the Expansion releases. My aim is to get a Full Land Plot on Launch day and give Sub-Plots to my community members so everyone that is in the community and has made somewhat of a progress will be able to instantly get their free Sub-Plot on Launch day. If you managed to get some crypton and heroes from a couple of months of playing you will be able to stake them and get 99% of the earnings. While it's not clear yet what I will be setting the requirements, I do aim to set them at a minimum requiement in terms of something like logging in daily (which will be one of the requirements by the game) while using at least 25 sale points each month. These requirement might be different depending on what happens but every loyal community member will be able to get one.

If you want to earn with Play2earn games, the best opportunity is to get in before a game becomes popular. Clash Of Streamers I see as having very high potential and it doesn't cost anything to try it out for yourself. I would say give the game at least a week of play to get to the point where you better understand and see if it's something for you. If it is, you will be sure to lock in a free Sub-Plot on launch which will be in very high-demand.

Looks interesting to say the least! :P If the price is right, never a bad idea to get in early to something new!

@costanza 73
about 1 month ago

yeah, the main problem is that nearly all crypto games are already crazy hypes en ridiculously overpriced even before a product is out. Most also work with shorter term ponzi dynamics. I'm always interested in solid projects but haven't really come across many aside from Splinterlands some years ago and Clash Of Streamers now

Wow, check on with you in game then, we are in there all together.

You can definitely count on me.

Thanks for your recommendation..

@costanza 73
about 1 month ago

I hope you managed to pick up the 5 Insanity deals for just 25 Sale points which were crazy overpowered as they finally were nerfed yesterday. Everyone that got them will keep them and the 5 Free Sale Points that come with clearing each new level.

Right now it's still in the stage of where real adoption is yet to come but I'm quite confident that having played for a while now will give a good payoff going forward.