Things never stop in Splinterlands and instead of buying packs for the Riftwatchers set, I started buying individual cards that I really like. These are my choices, goals, and progress toward them. 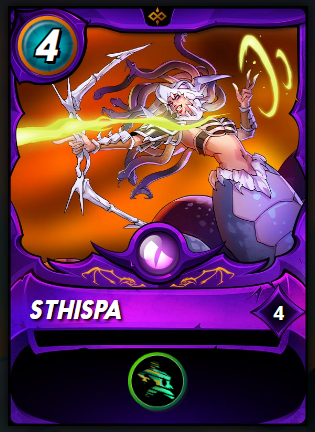 This is the only card I really had my eye on that I absolutely wanted to get is the Sthispa Dragon Summoner which gives all the monsters the Phase ability making it so that Magic also can miss them. I have grown to love the power that Speed brings along which has the main weakness of Magic attacks. This being a Dragon card it also is excellent when you own a lot of cards and it allows for many different fun combinations. I had this upfront as one of the most fun and powerful cards of the set that also can be used in a lot of rulesets and honestly thought it would go for up to around 8$ which I guess would be a price that I was willing to pay up to Level 4. I kept my eye out on when cards were released and to my surprise, they went for 3.70$ on the market which didn't have me hesitate and I picked up 20 copies as quickly as possible around that price.

I took the HBD I saved up from Blogging which I intended to use to buy more Jacek so that purchase is delayed now. It didn't take long for the price to go up and I'm glad that I managed to get the Level 4 card for well under 80$. Right now, a level 4 goes for around 120$ and I don't think it will go back way lower anytime soon.

The Power of Sthispa, Speed & Phase

Right now, I am playing in Diamond League with level 5 Summoners which makes it quite a challenge as my cards aren't even high enough to play what maximum is allowed in Gold League. However, with no match being against players with cards that have lower-level cards than what I have, it allows me to outplay them and Sthispa has shown to be capable of this! 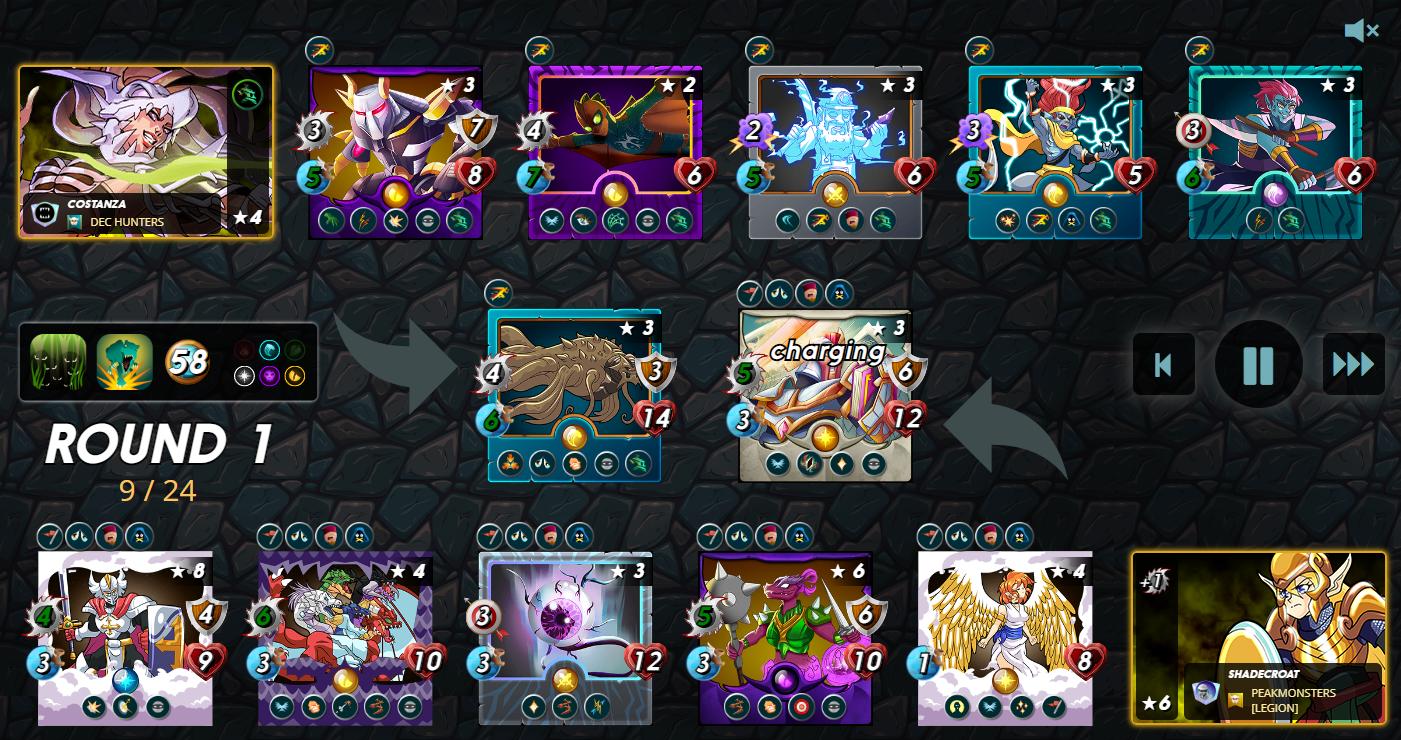 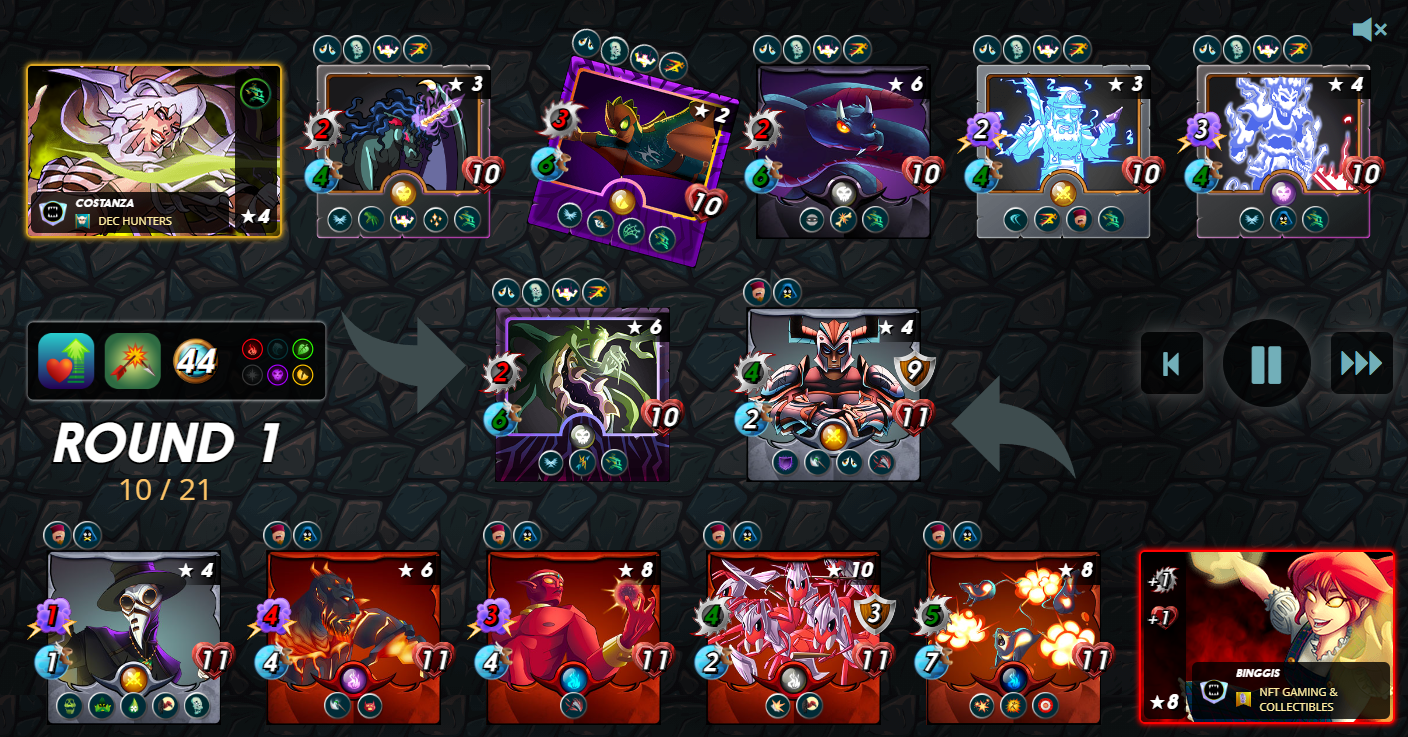 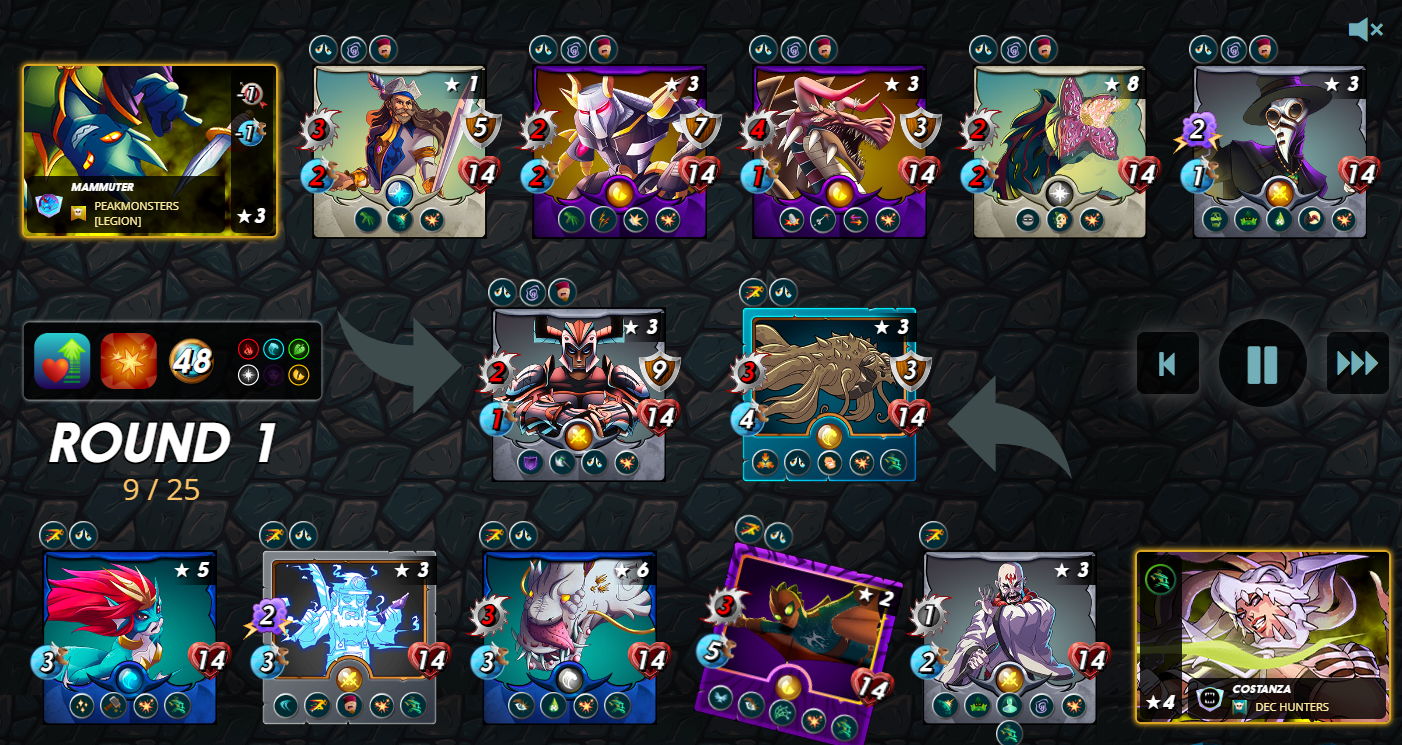 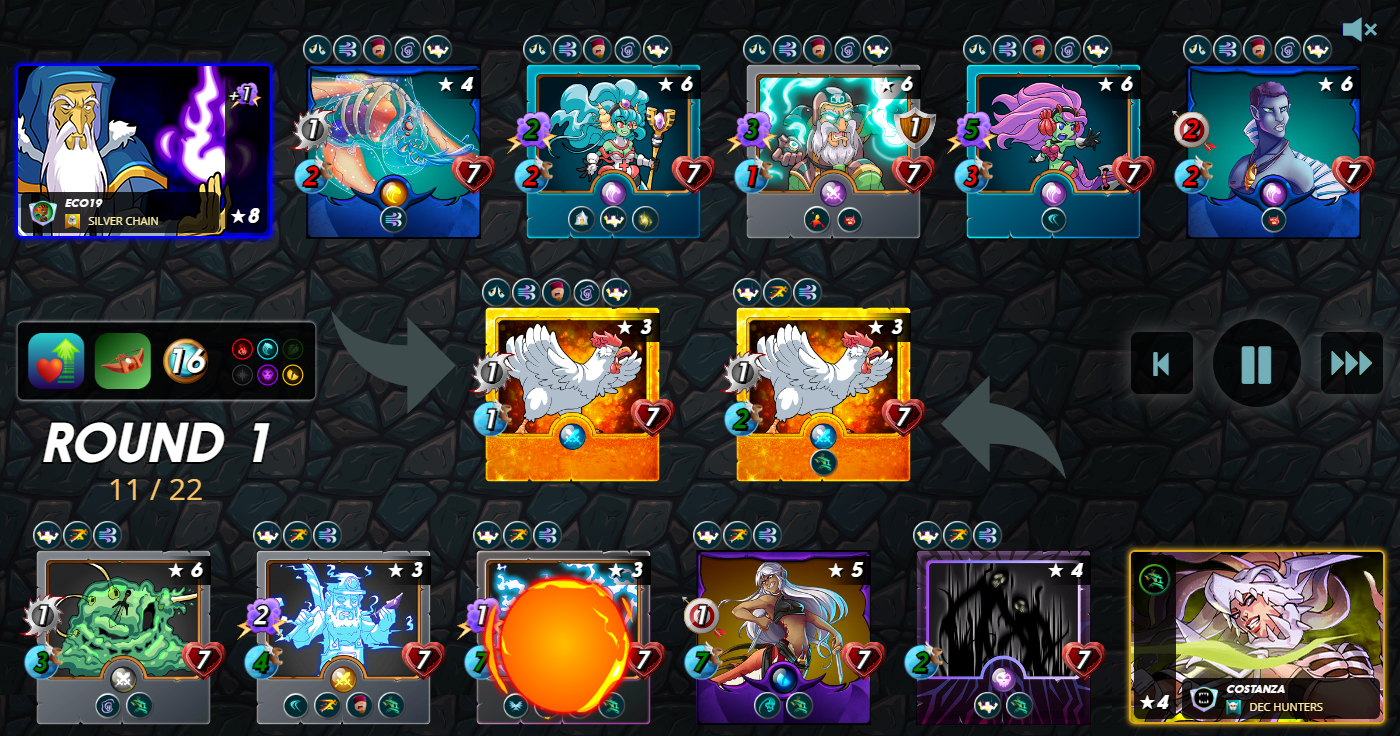 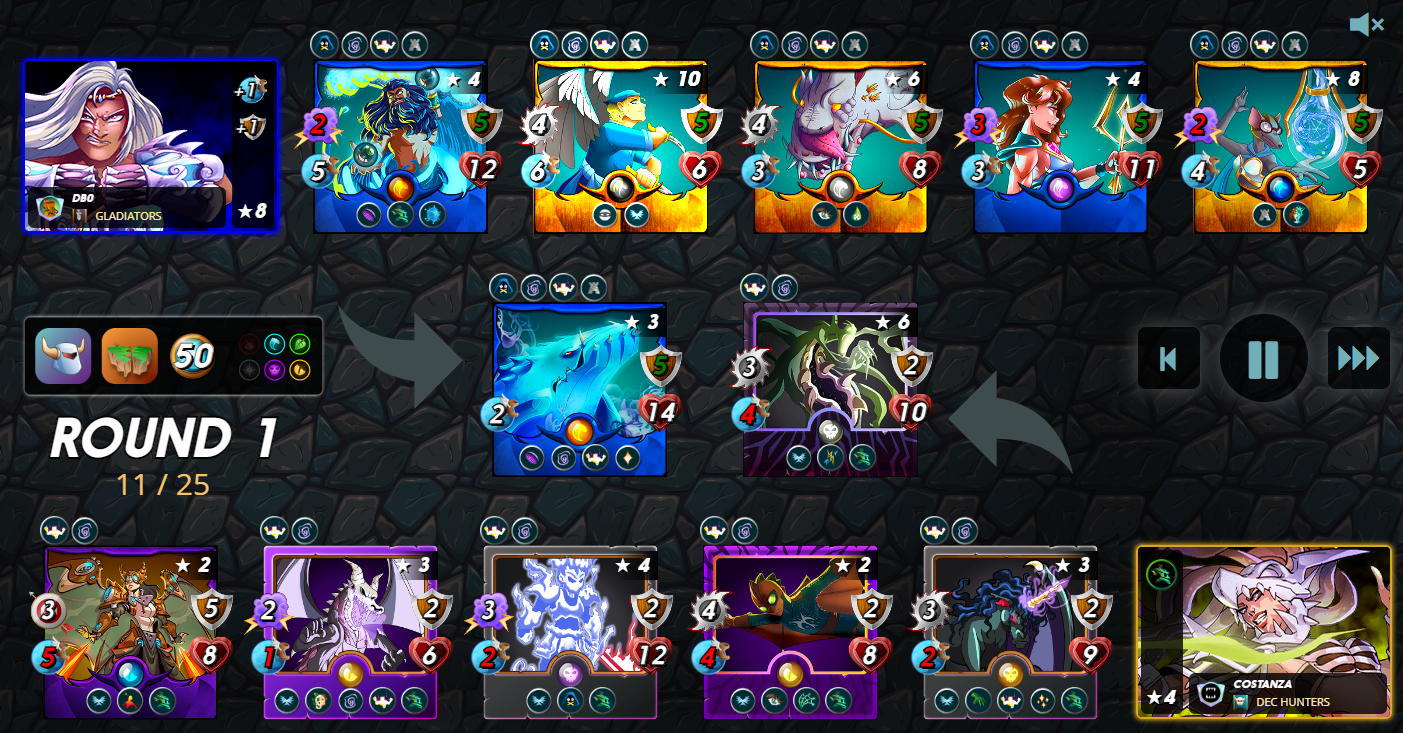 I'm pretty happy with this card which seems to be able to win in multiple setups while it really shines under more specific rulesets.

I have a quick look at all the other cards and there aren't that many where I go 'I really need or want that one, especially with the Common cards & Summoners. I do have a couple of cards that I aim to accumulate along the way at the right price. most of them right now feel just a bit too expensive

These are the 4 that I really like and I already bough a couple with an eye to getting them fully leveled up over time.

I have been having a blast with Splinterlands these past days testing out my new Sthispa Summoner which allows for some really nice synergy in deck building beating opponents that have way higher-level cards. I have no intentions to buy packs from this set and will just cost-average buy specific cards that I want on the market along the way if the price is right.

I only purchased 10 packs and was lucky to get a golden foil if that summoner.
I sold it for 64k DEC. That way I did get my investment back. I had no plans to upgrade that card nor do I have any plans to buy any other. So that was a no brainer.
Could be that I will regret this later on.

Always nice if you get lucky even though it only really works with a low number of packs as things really even out once you start to buy more.

The new cards are brilliant. I'm thinking of buying the dragon summoner. I'm trying to see how best to use it !

I would say that maximizing the speed and chance for opponents to miss with Fly / Dodge / Blind Abilities at the cost of damage is the way to go. Especially the Spirit Miner works really well in wild. 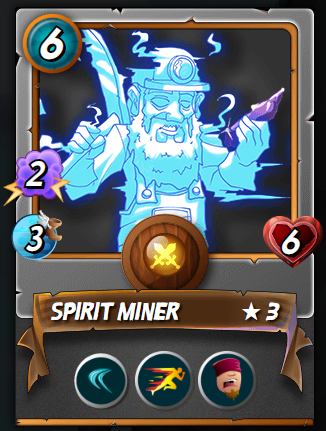 Dear @costanza,
May I ask you to review and support the Dev Marketing Proposal (https://peakd.com/me/proposals/232) we presented on Conference Day 1 at HiveFest?
The campaign aims to onboard new application developers to grow our ecosystem. If you missed the presentation, you can watch it on YouTube.
You cast your vote for the proposal on Peakd, Ecency, Hive.blog or using HiveSigner.

Nice cards you got, you go for epic and legendary.