We will be looking in the numbers for activity, and not just in terms of posting but other activities as well, like votes and custom JSONs that are mainly driven by games. 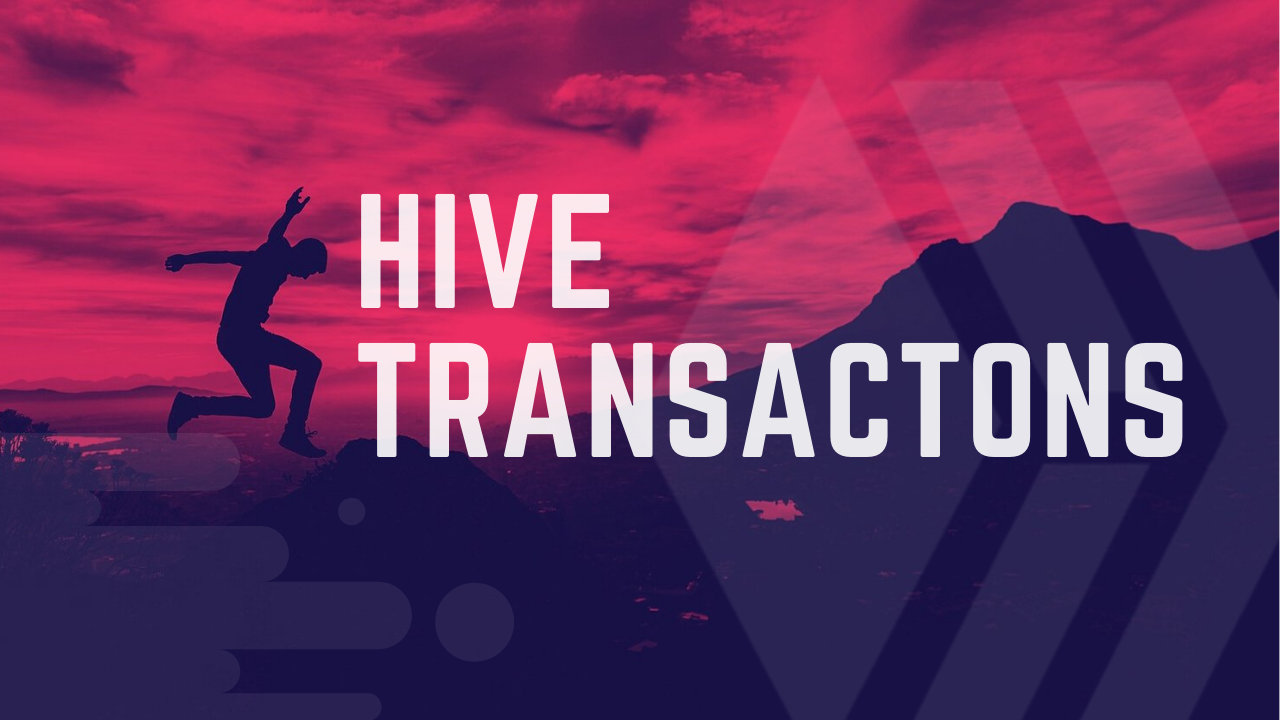 Before we continue with the analysis just a note on the activities. Unlike the good old Bitcoin, that has only one operation (transfer coins), Hive has a lot of them.

Usually when talked about activity on the Hive blockchain a lot of the users have in mind posting and commenting. Here we will be looking in the top 4 activities on the blockchain:

The above consist the majority of all the activities on the blockchain. The claim rewards operation also has a high number of activity, but we will leave out that one.

The period that we will be looking at here is through the whole of 2021.

Number of Posts and Comments

Although gaming is growing on the blockchain, blogging still remains the core activity and one of the key ways inflation is distributed. Users can blog about gaming as well 😊.

Here is the chart for the number of posts and comments on the Hive blockchain. 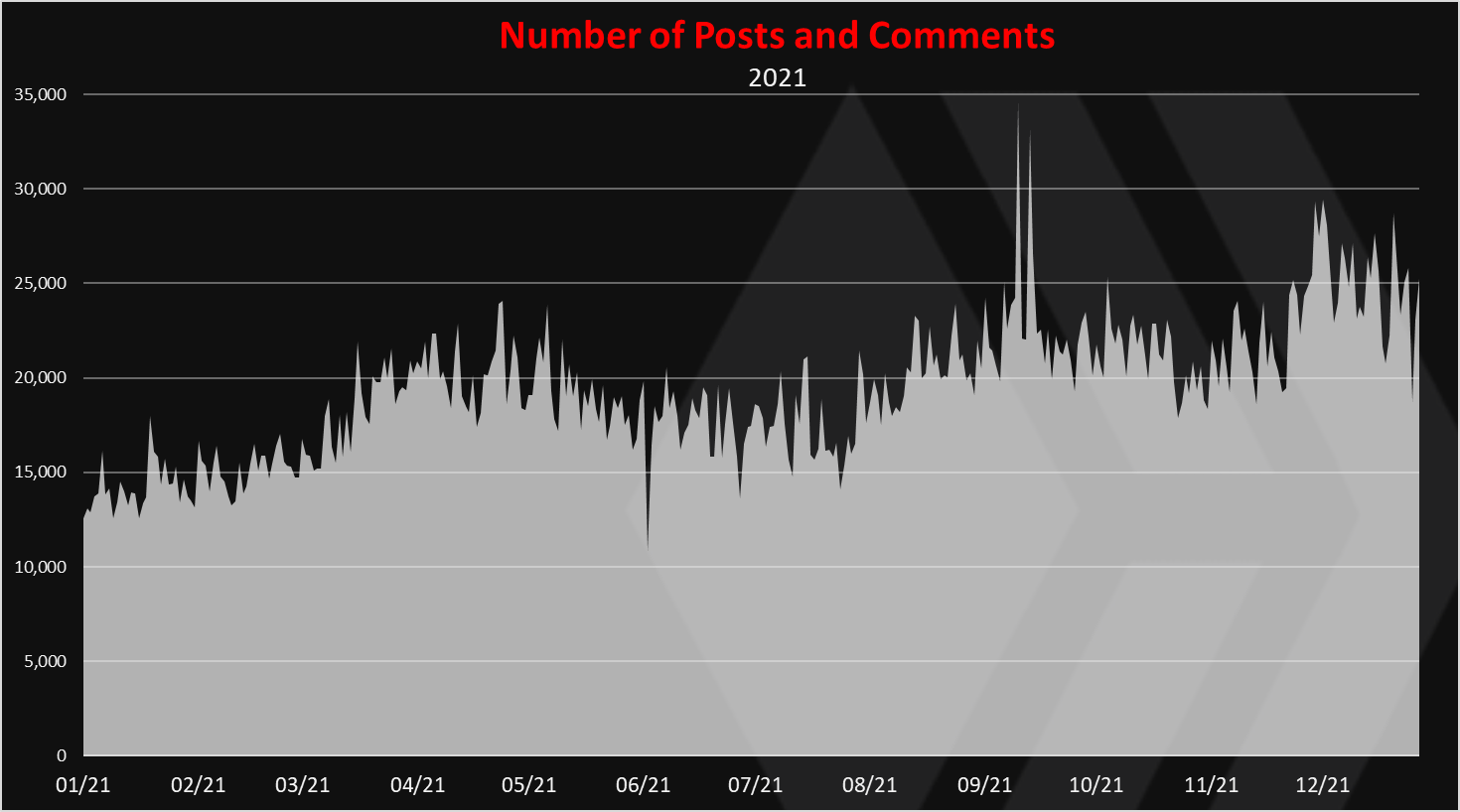 Overall a steady growth of posts and comments on the blockchain in 2021.
An increase in the numbers up until June, when the prices in crypto dropped. The summer has seen some drop in the posting activities as well. Then a growth once again towards the end of the year.

At the beginning of the year the number of posts and comments was around 14k and now it is around 25k. 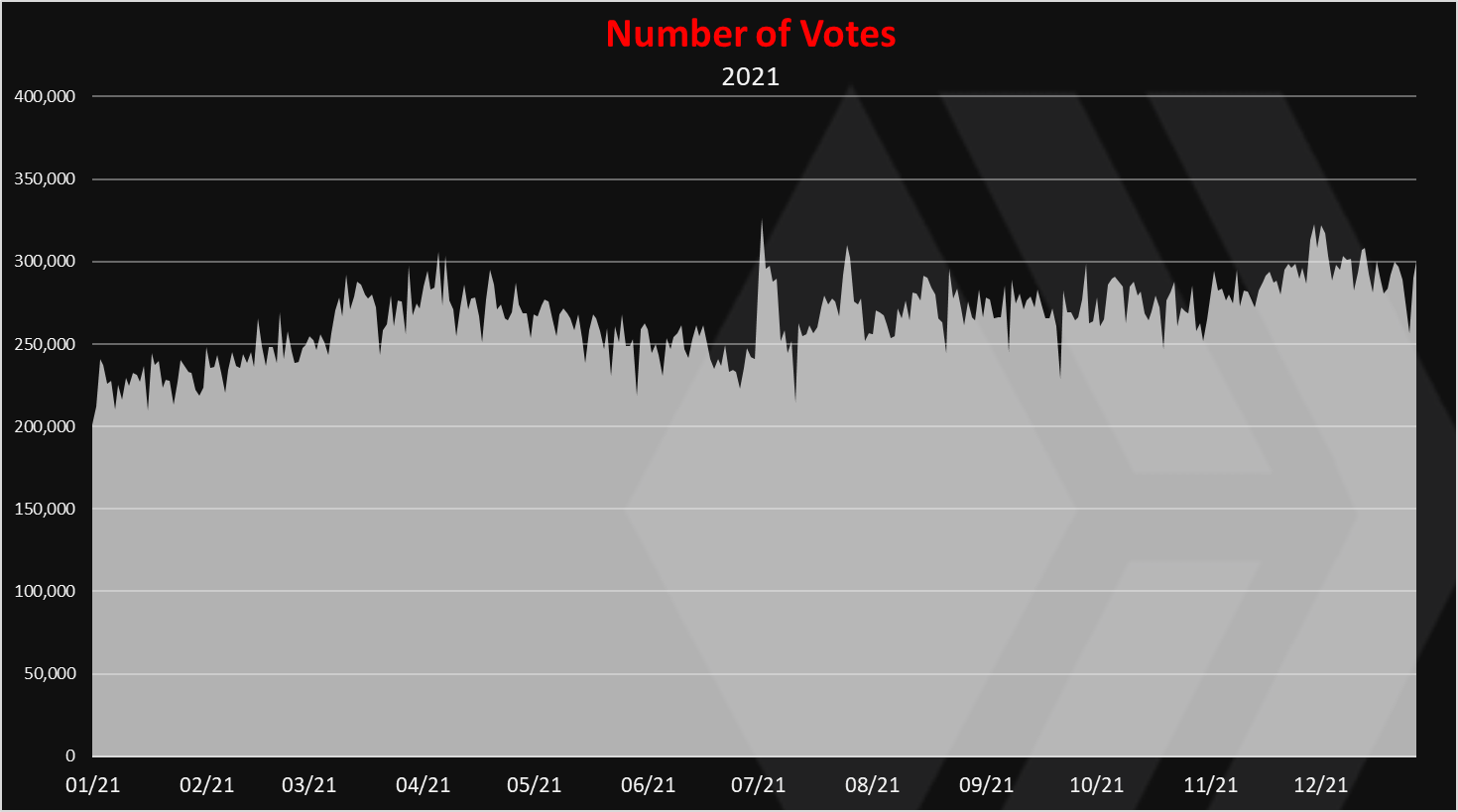 Votes are one of the core operations on the Hive blockchain. That is how the rewards are distributed. The Proof Of Brain mechanism (PoB) 😊.

The number of votes has been quite steady in the period, compared to the price volatility.
In the last period there is around 300k votes per day. On few occasions there was more then 300k per day. 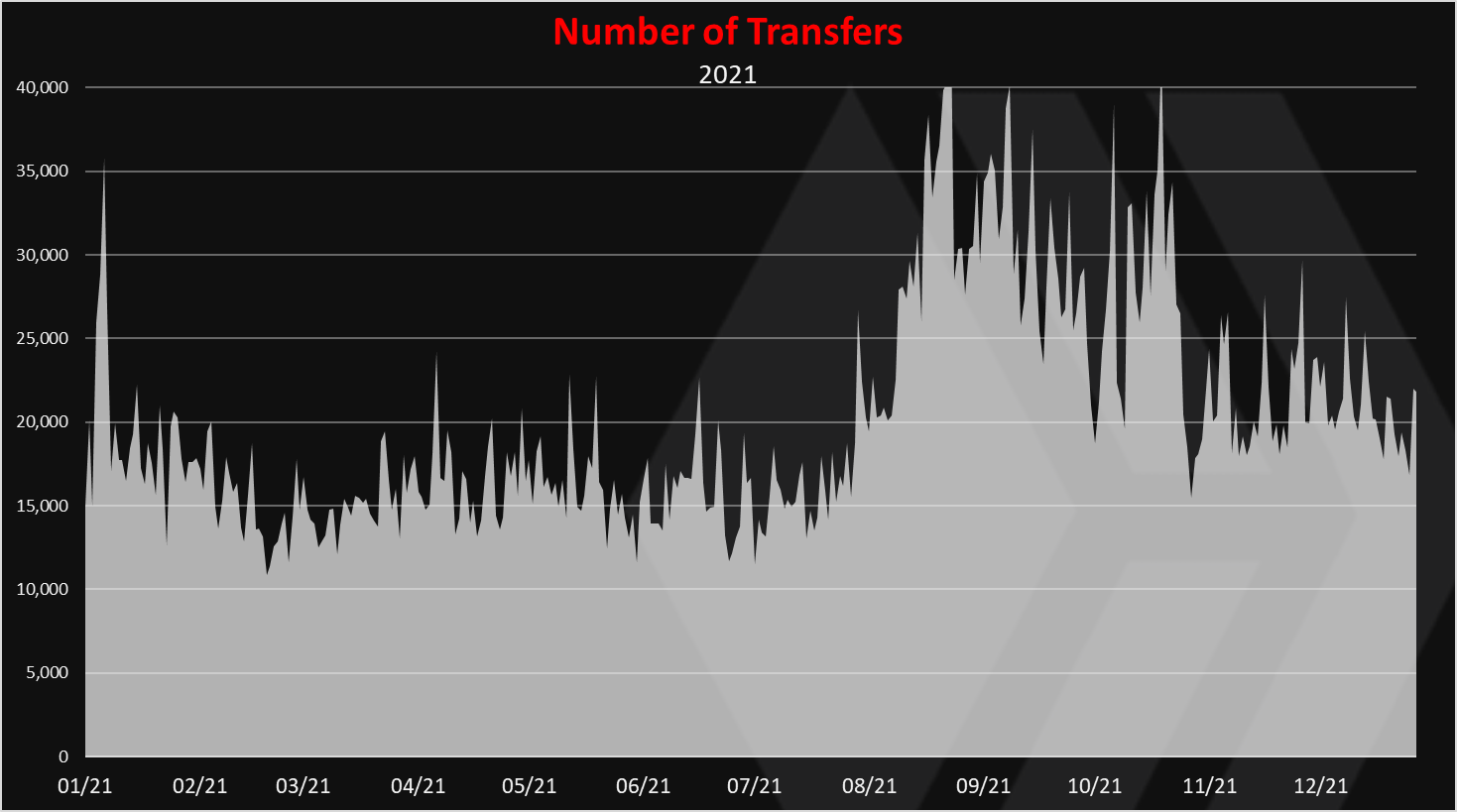 The chart for the transfers has seen some more volatility, especially at the end of August an in September this year. The year started with around 20k transfers per day, then it increased to 40k, and a drop to around 20k in the last months.

The chart for custom JSONs operations. 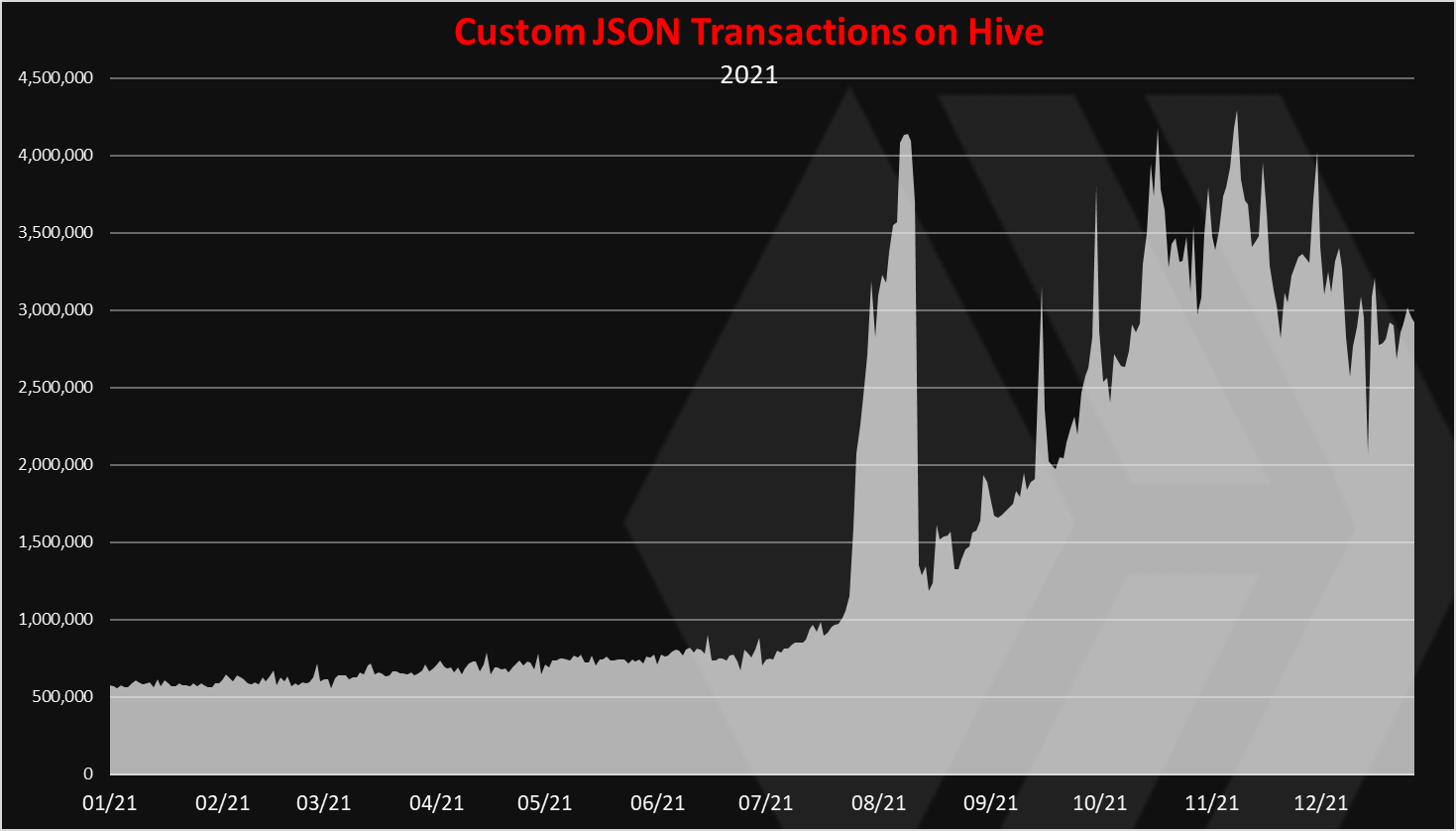 The custom json transactions are used mainly from the games on Hive, with Splinterlands on the top. Custom jsons are just a text files, but unlike the post and comments, they are like sidenotes, and don’t appear as post.

This chart shows the growth of Splinterlands the most.
It is an interesting one, because we can see the spike that happened in August, pushing the number of operations to more than 4M per day, and then a drop to 2M.
This is because Splinterlands has adjusted the way they store data on the blockchain, especially for the battles, resulting in less transactions. However even with these operations removed from the blockchain the overall operations continued and have reached 4M per day again.

Well not quite overall but most of it 😊.
When we combine all the charts above, we get this. 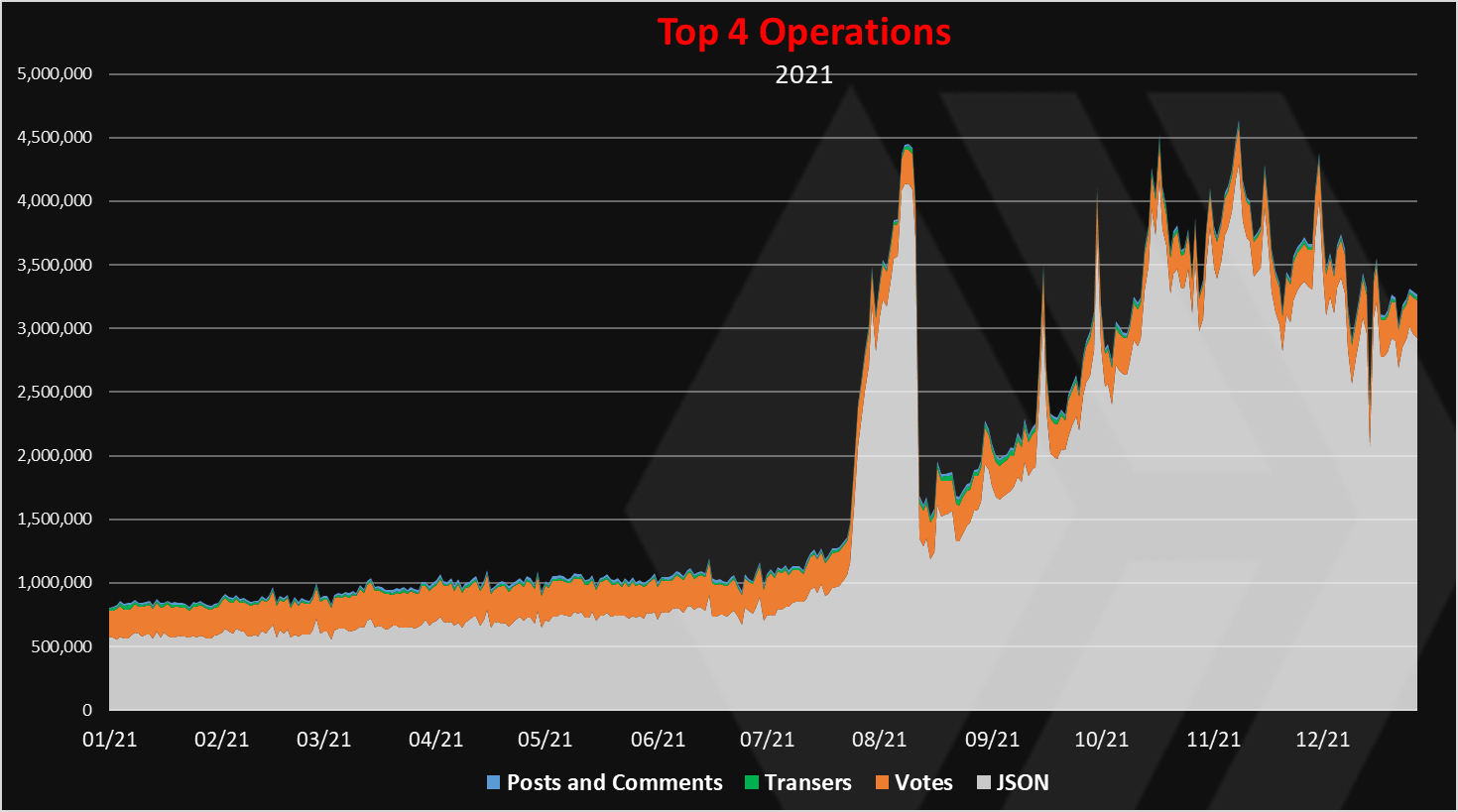 Although we should mention that the “weight” of these operations is not the same, so its not totally comparable. Posts have the largest weight, as they require a lot of texts and effort, unlike votes or jsons, that are usually a one click operation.

Here is the table for the number of transactions per type for December 2021.

Number Of Transactions Per Month

The monthly chart presents a better overview of the transactions. Here it is. 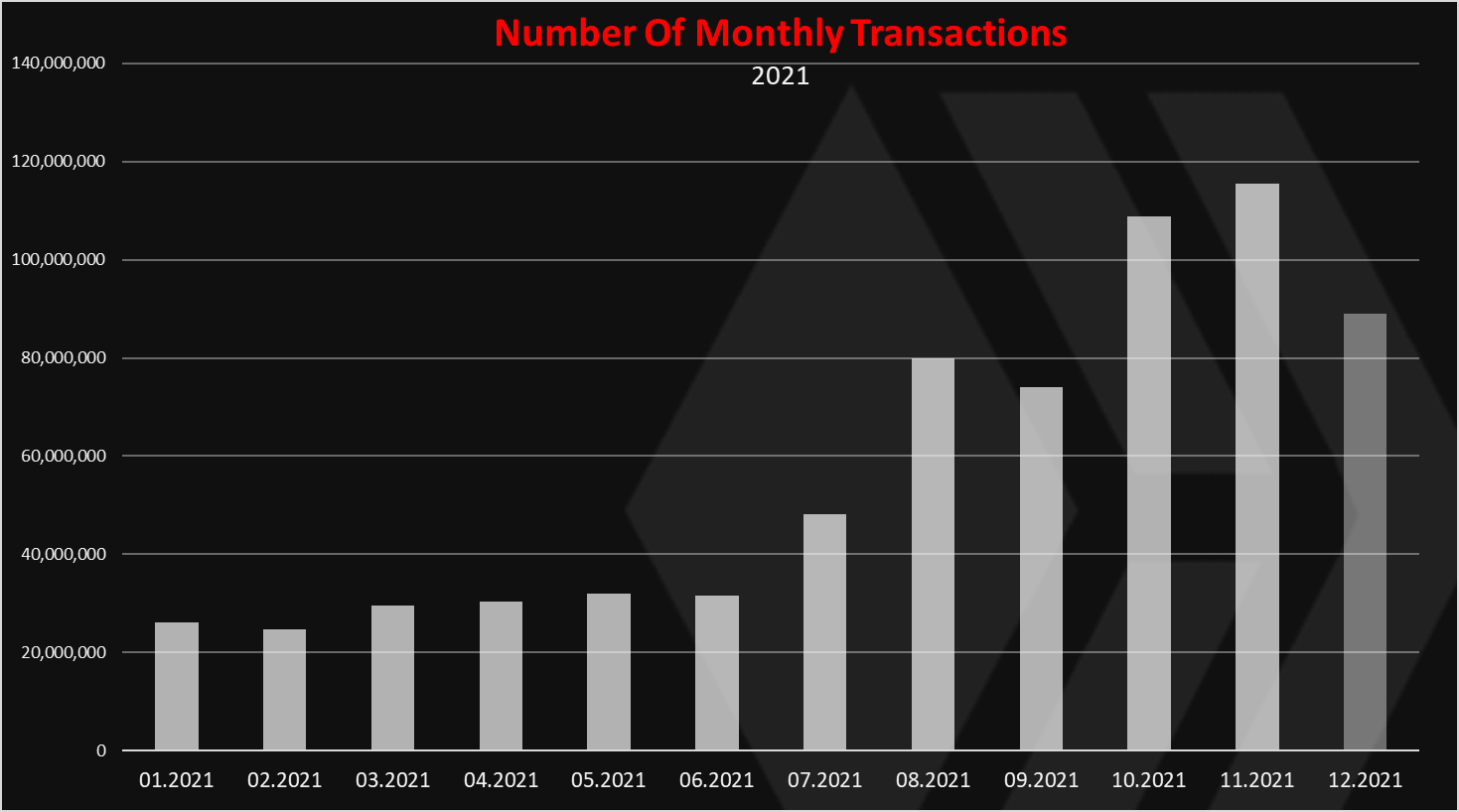 Up until June 2021, the number of transactions per month was around 30M. Then in July it started to grow, and it reached more then 100M transactions in October and November.

For comparison BTC has around 8M to 10M monthly transactions and ETH is around 30M to 40M. BSC is somewhere around 150M to 200M.

With the number of transactions as the above, Hive is proving that it is efficient and can handle the load.

July it started to grow, and it reached more then 100M transactions in October and November.

As compared to btc and eth transaction seems Hive is bullying. Hope the trends keep going in new year to make it happening place in cryptosphere

Very similar to a post I just put out. Great minds think alike.

I love these data type posts, I feel that over the years they will be a fond memory as we look back with a community of 100M users :)

Hive activity is staying strong and I think 2022 will bring more buzz to it. Splinterlands will only consolidate and bring more users, Leo Finance might exponentially trigger activities with Project Blank, Ragnarok for sure will boost this ecosystem and when Speak Network will move to Hive it will push it to the sky.

We are just getting started..we will see more growth and improvement in the coming year(s). Thanks for the analysis.