Hello everybody! The architecture of the ancient temples is amazing. When visiting places with a country architect, I try to explore and enjoy the grandeur of those places. Yesterday I happened to visit the small town of Rogachev. One of the majestic objects of church architecture has been preserved there, which is called the Temple of Alexander Nevsky. 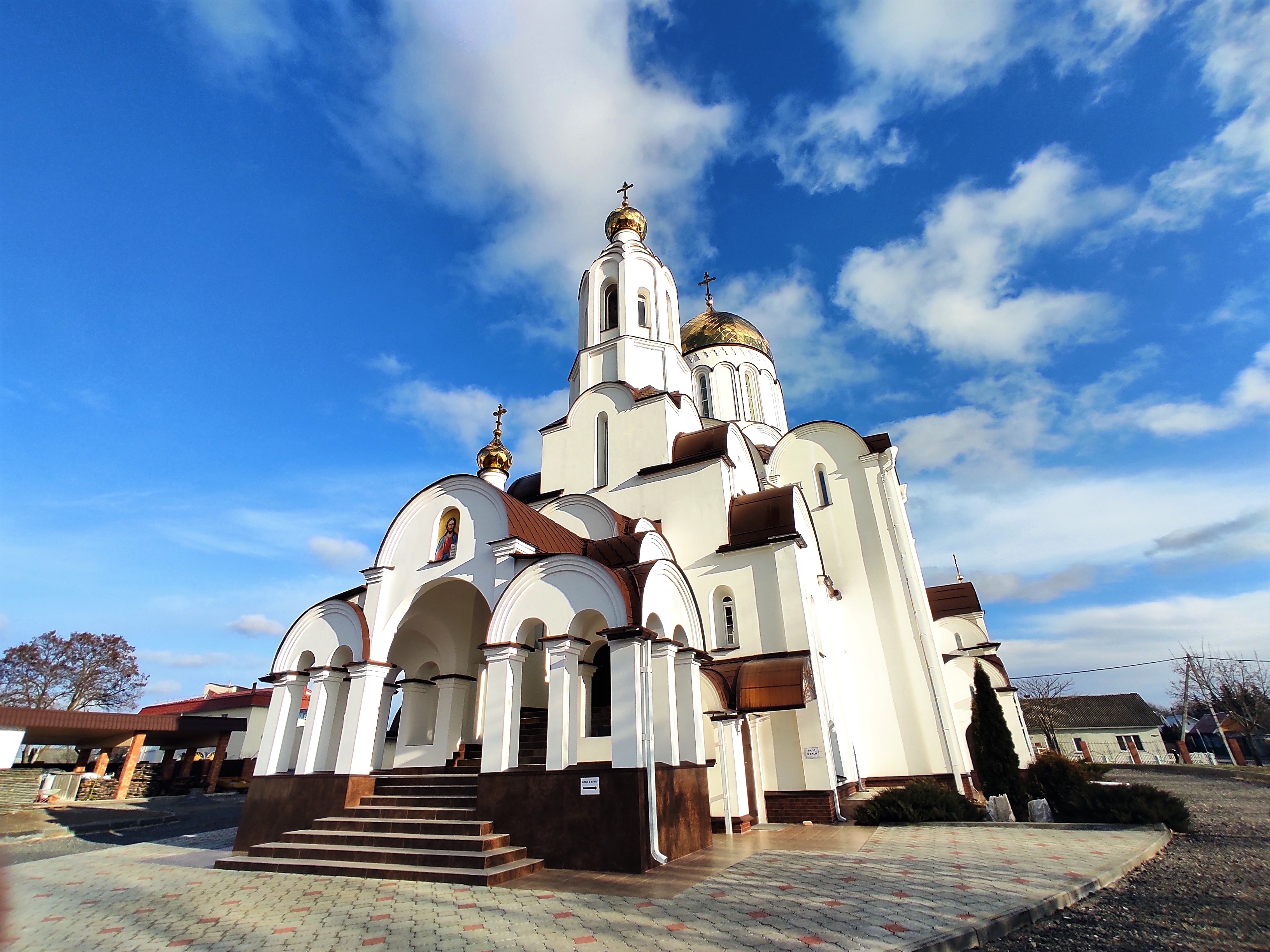 The history of this temple dates back to the 16th century. The church of Kuzma and Demyan was built on this site. But over time, this church fell into decay. And in the 18th century, the authorities decided to build a new majestic temple on this site. 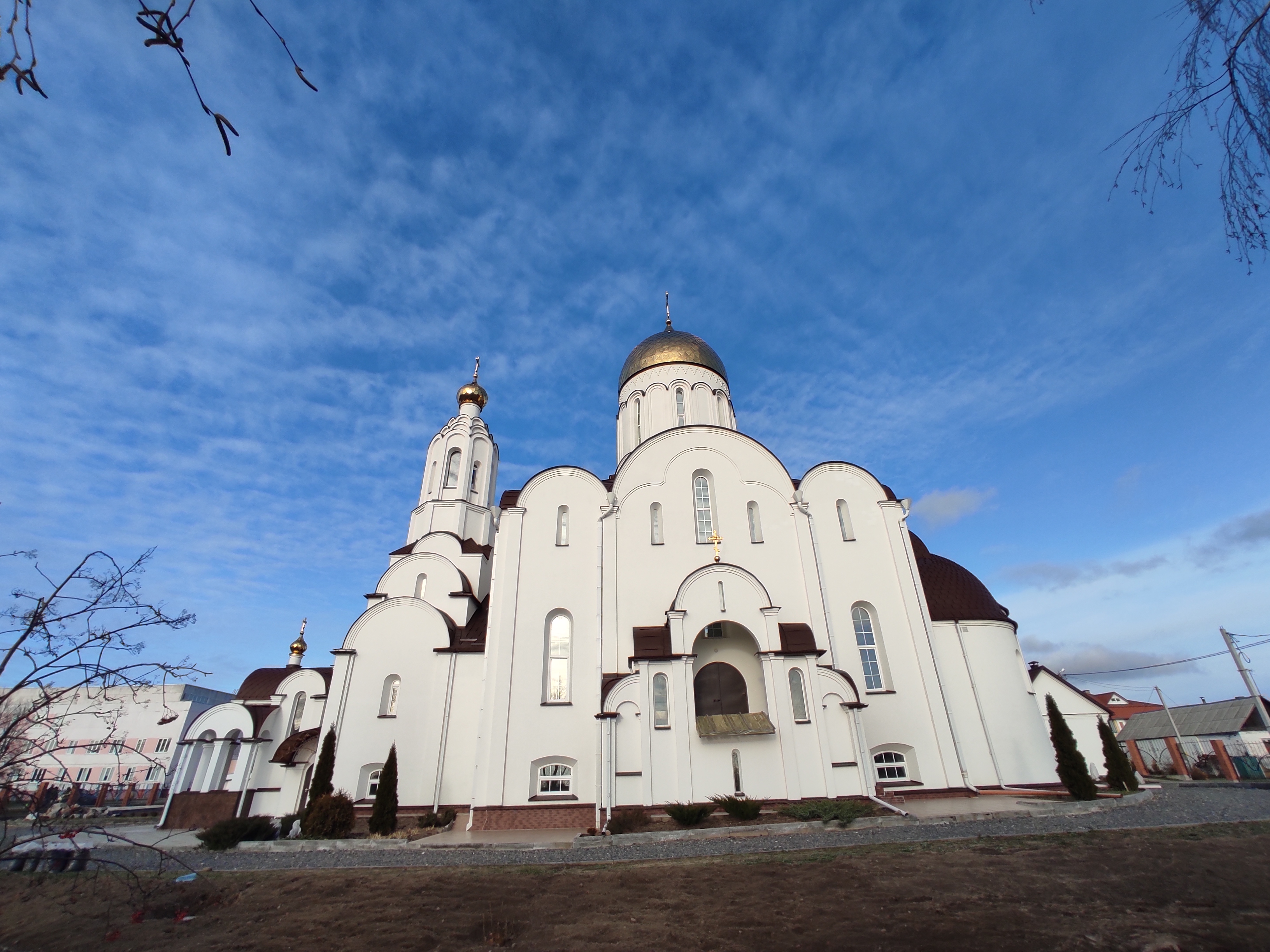 The fact is that in the 18th century, after serfdom (formally slavery) was abolished, many residents did not have their own land. Discontent arose among the population of the country. The authorities decided to revive and build many temples. 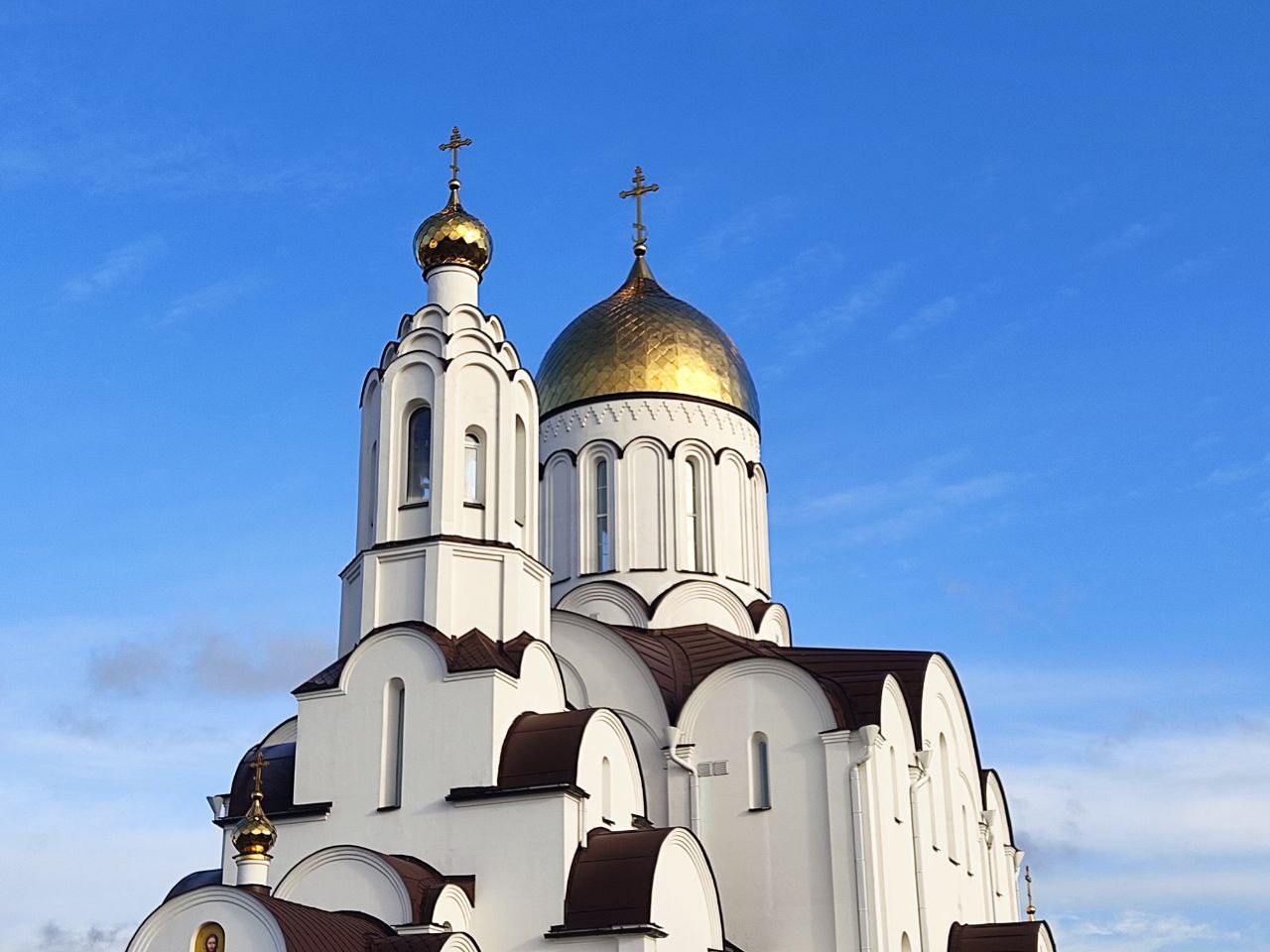 Initially, the Temple of Alexander Nevsky, built in 1886, had a five-domed system. The monumental temple had an almost centric volumetric - spatial composition. But during the Second World War, the architecture of the building was practically destroyed. 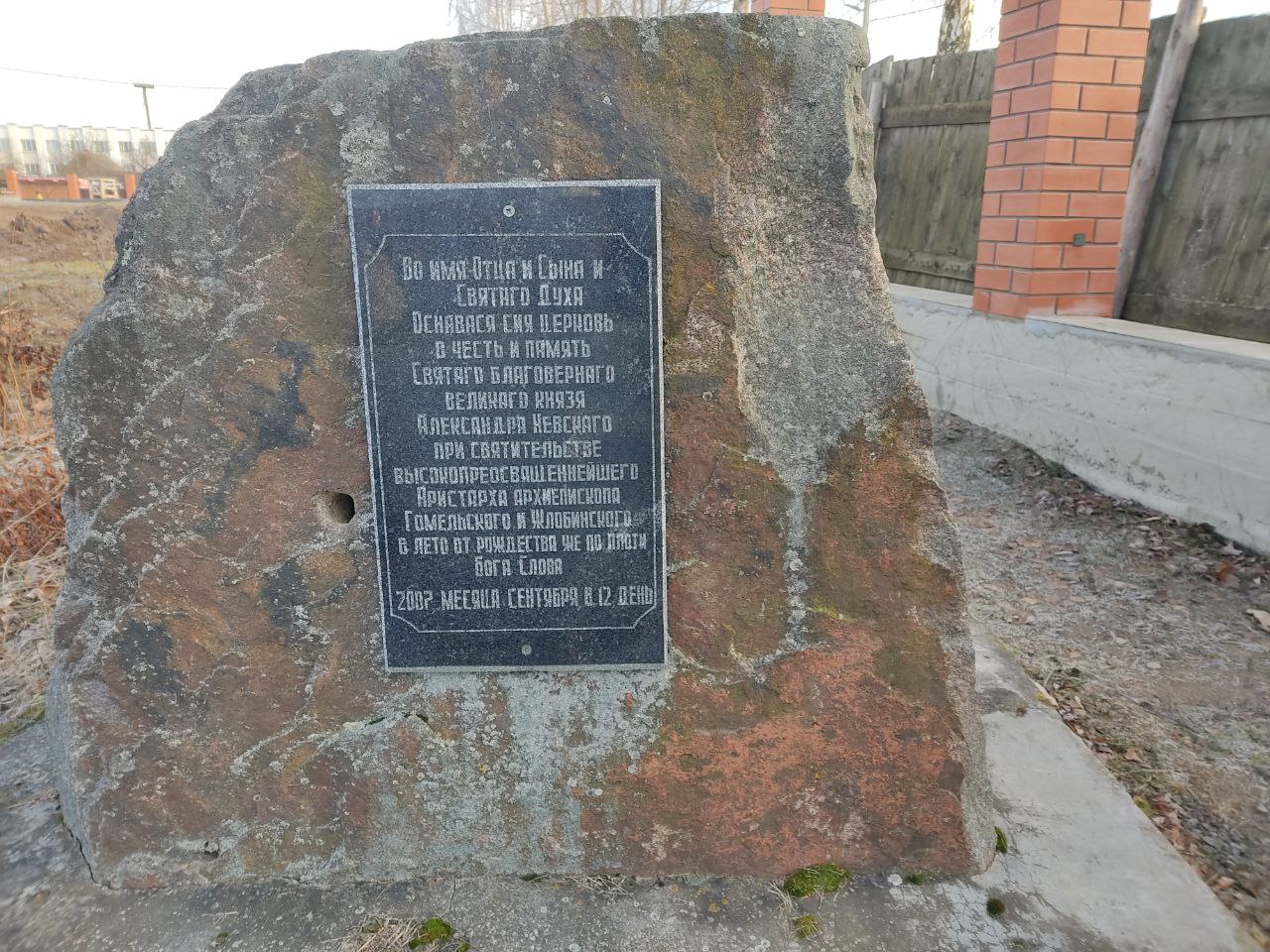 It is believed that this stone has been in this place since the founding of the temple. There are words of gratitude to Alexander Nevsky and those who revived his Temple. 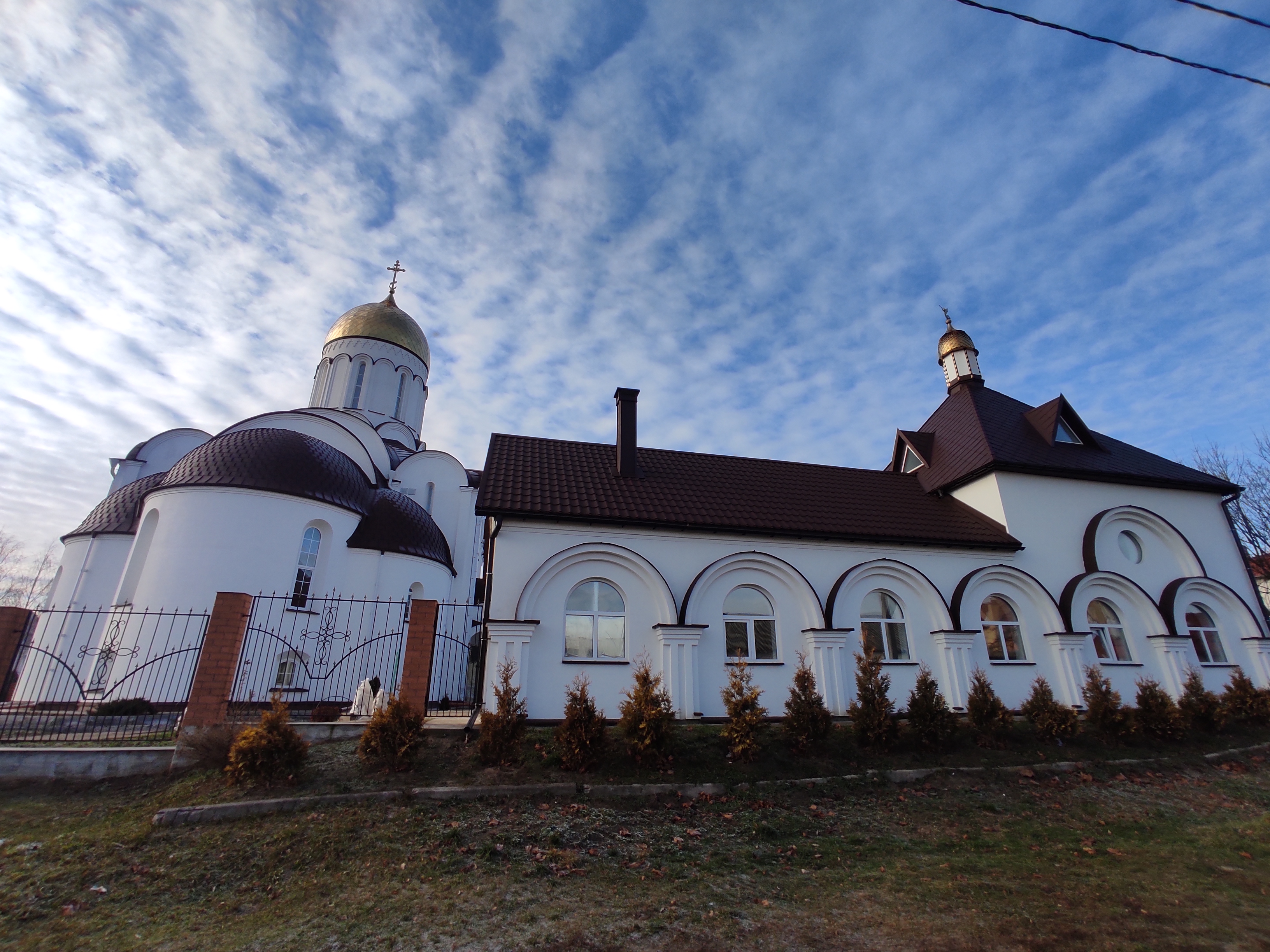 Currently, the temple is functioning, but work on its restoration has never stopped. The structure of the building has changed slightly. There are now two towers at the head of the architecture. One of which is the broadest and most dominant. 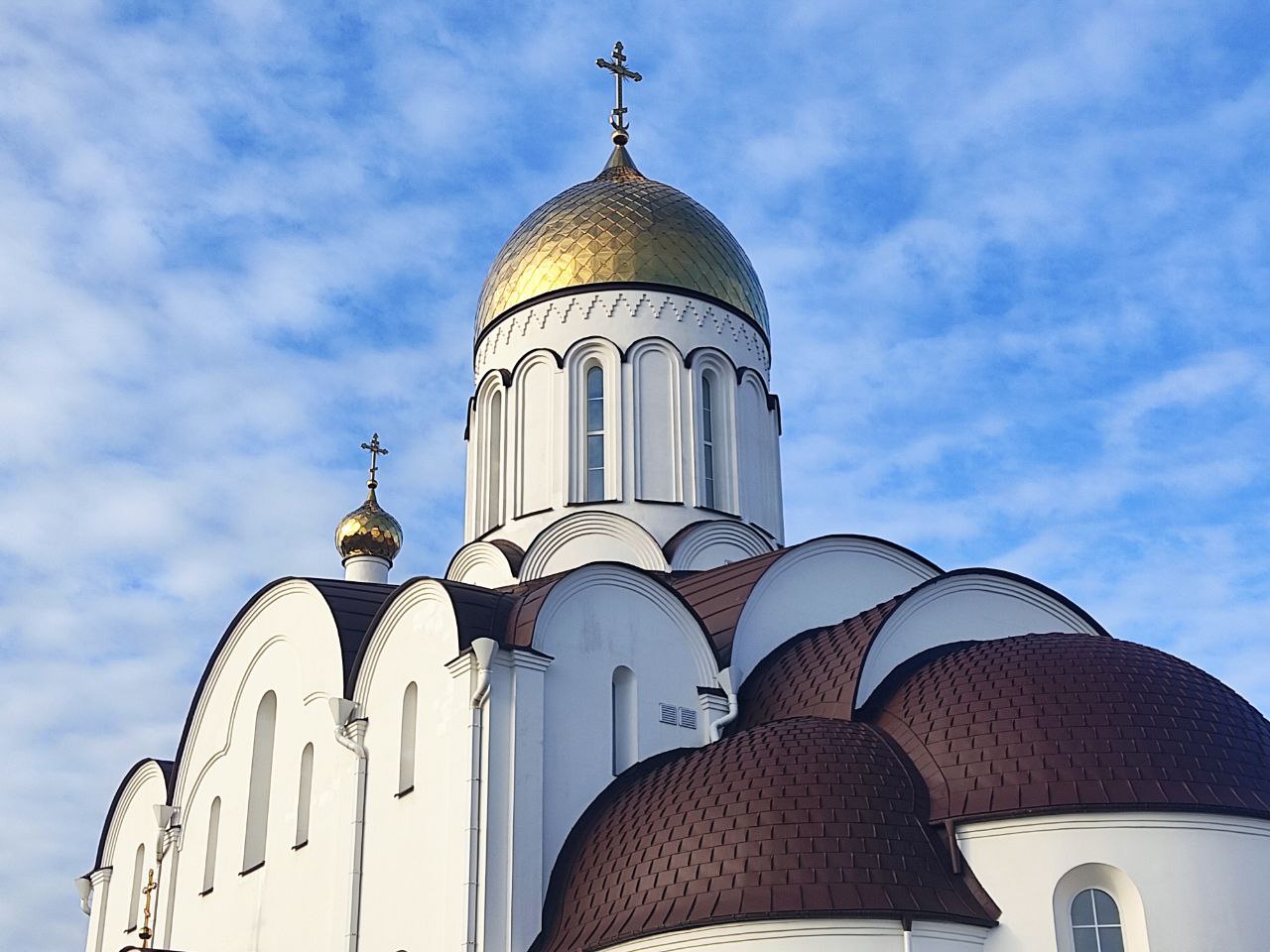 As you can see, some windows have lost their original functionality, but they play a decorative role. Although there is a lot of light inside the room. The central entrance has an unusual attractive shape. High semicircular arches are the idea of the architects of the past. They blend perfectly with the style of the building. 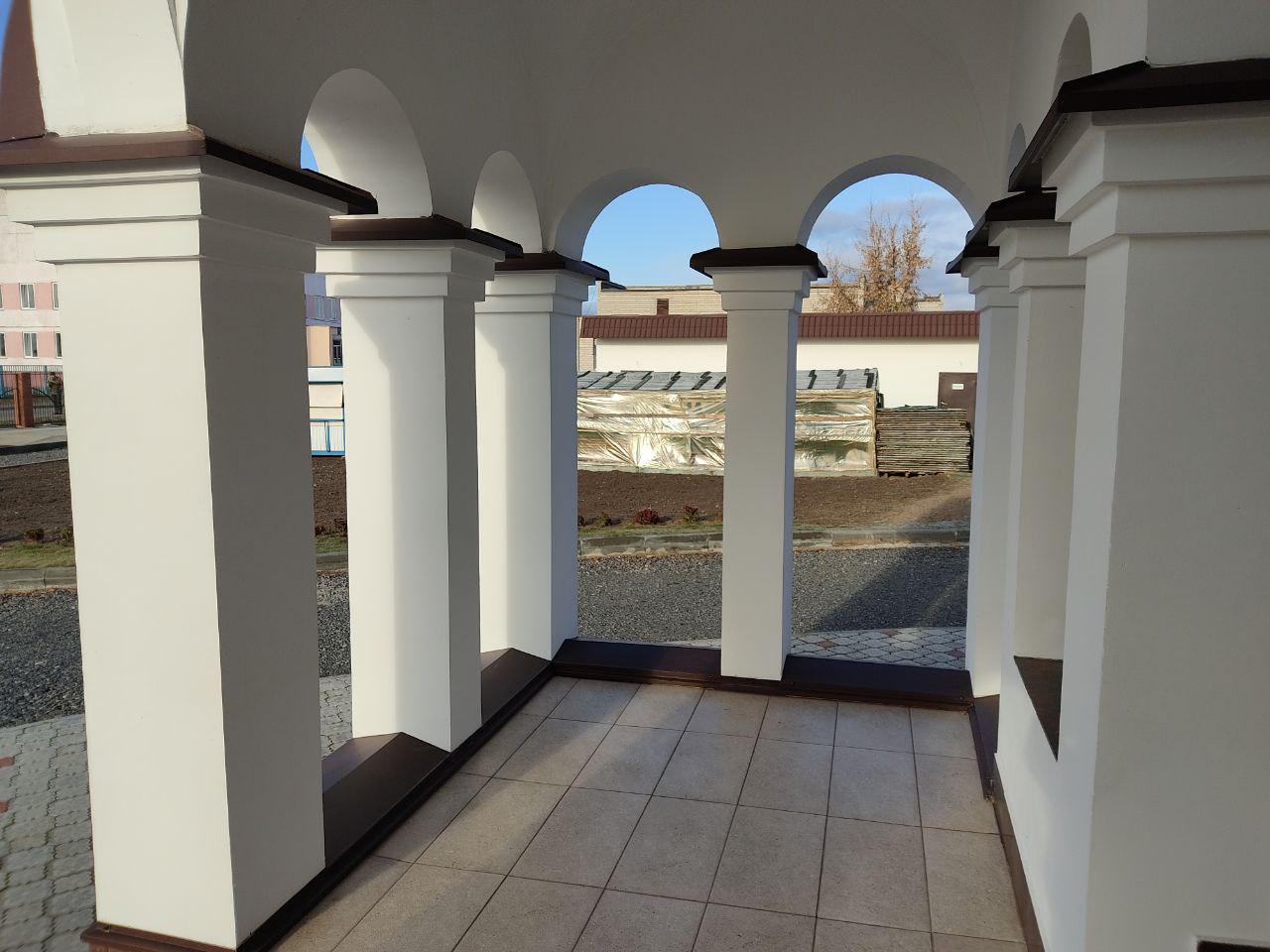 The pseudo-Byzantine style of the temple combines right angles contrasting with turns. This can be clearly seen in different parts of the building. 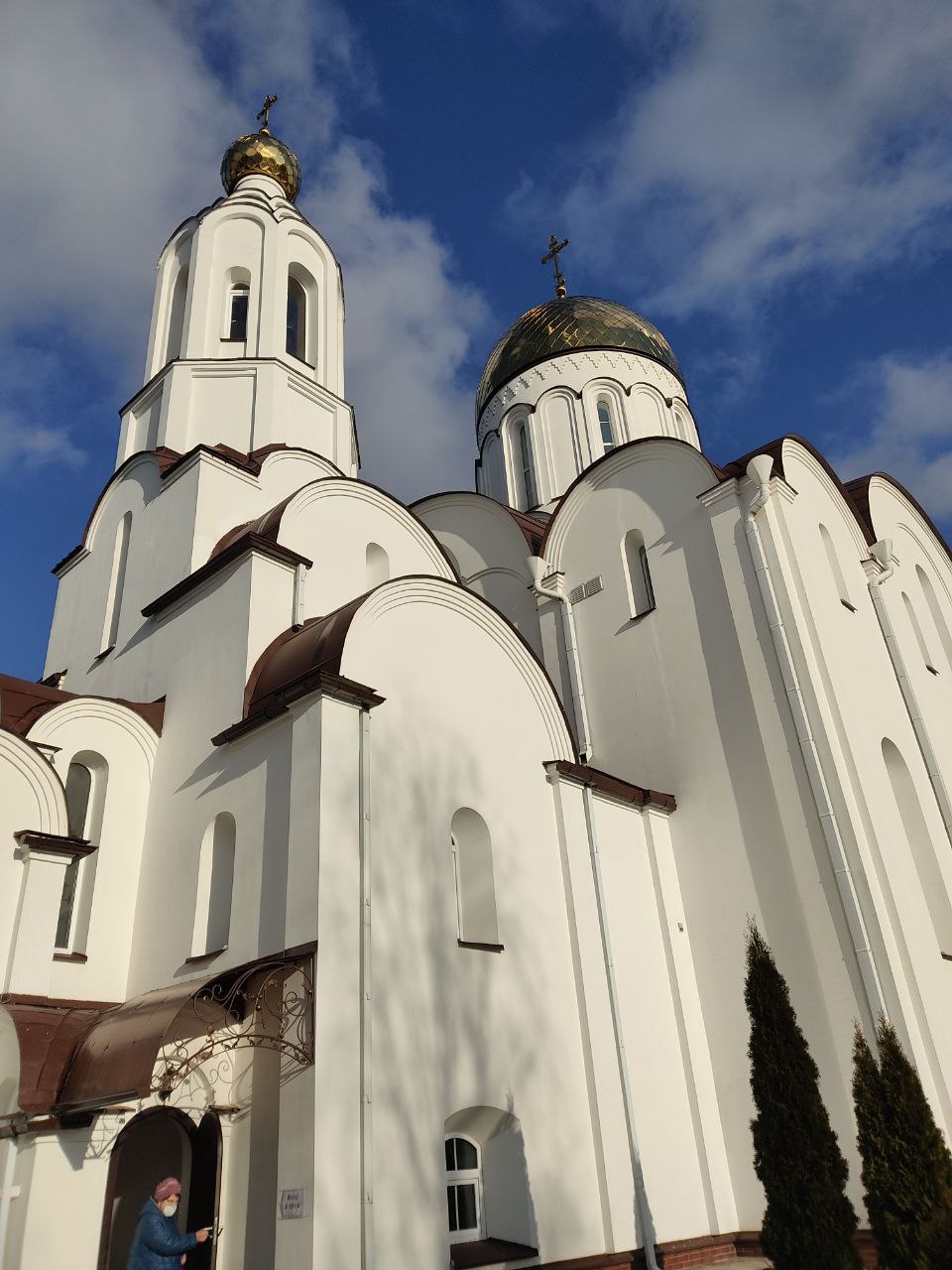 The Alexander Nevsky Cathedral is symmetrical on both sides. It is designed so that the sun spreads unevenly on its surface. If the sun is on one side of the building, then there will be a shadow on the other. 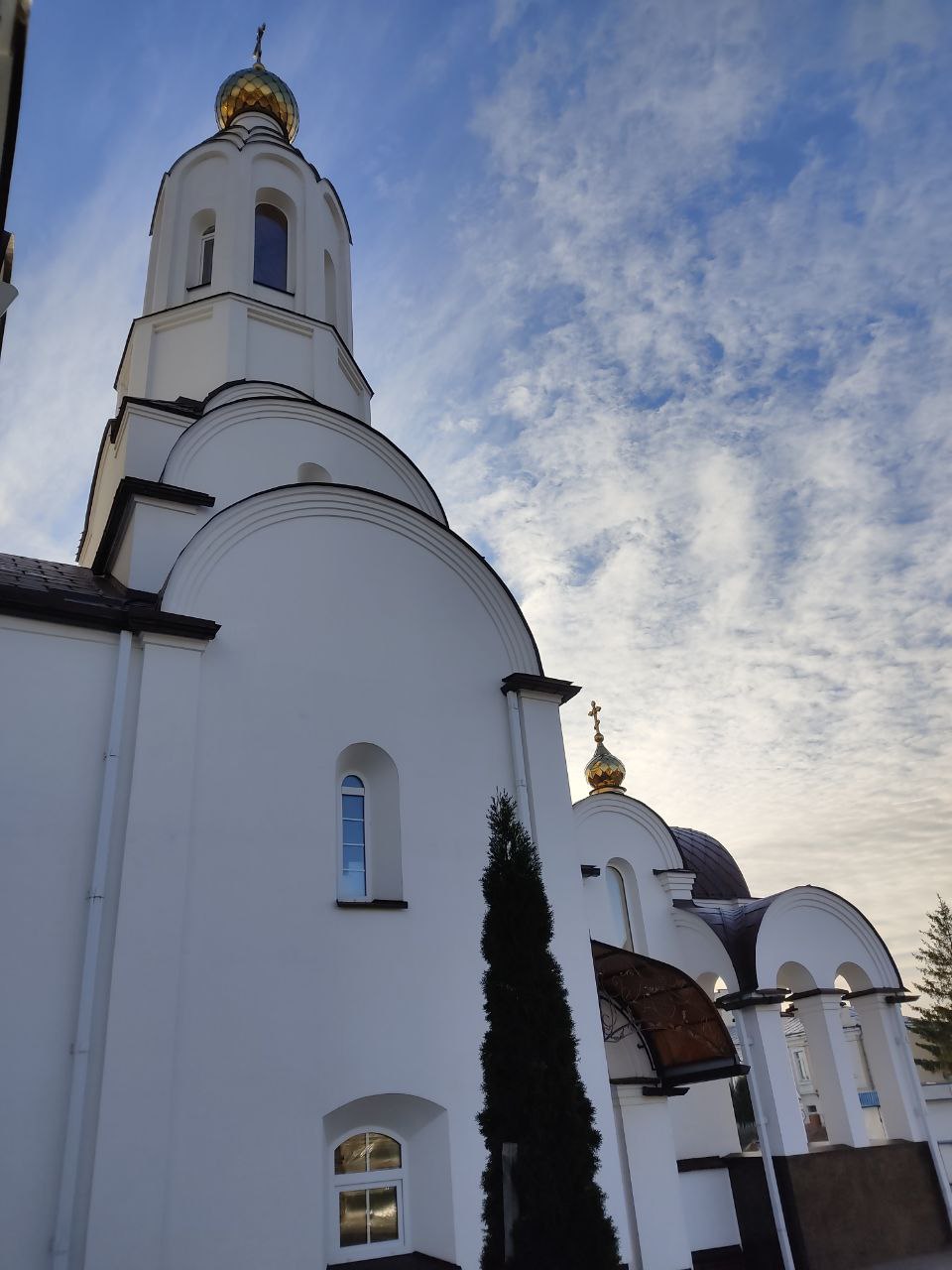 The pseudo-Byzantine style is also called Neo-Byzantine. This is the style that the architectural style was formed in the west, and for Eastern Europe it was known as the Russian-Byzantine style. 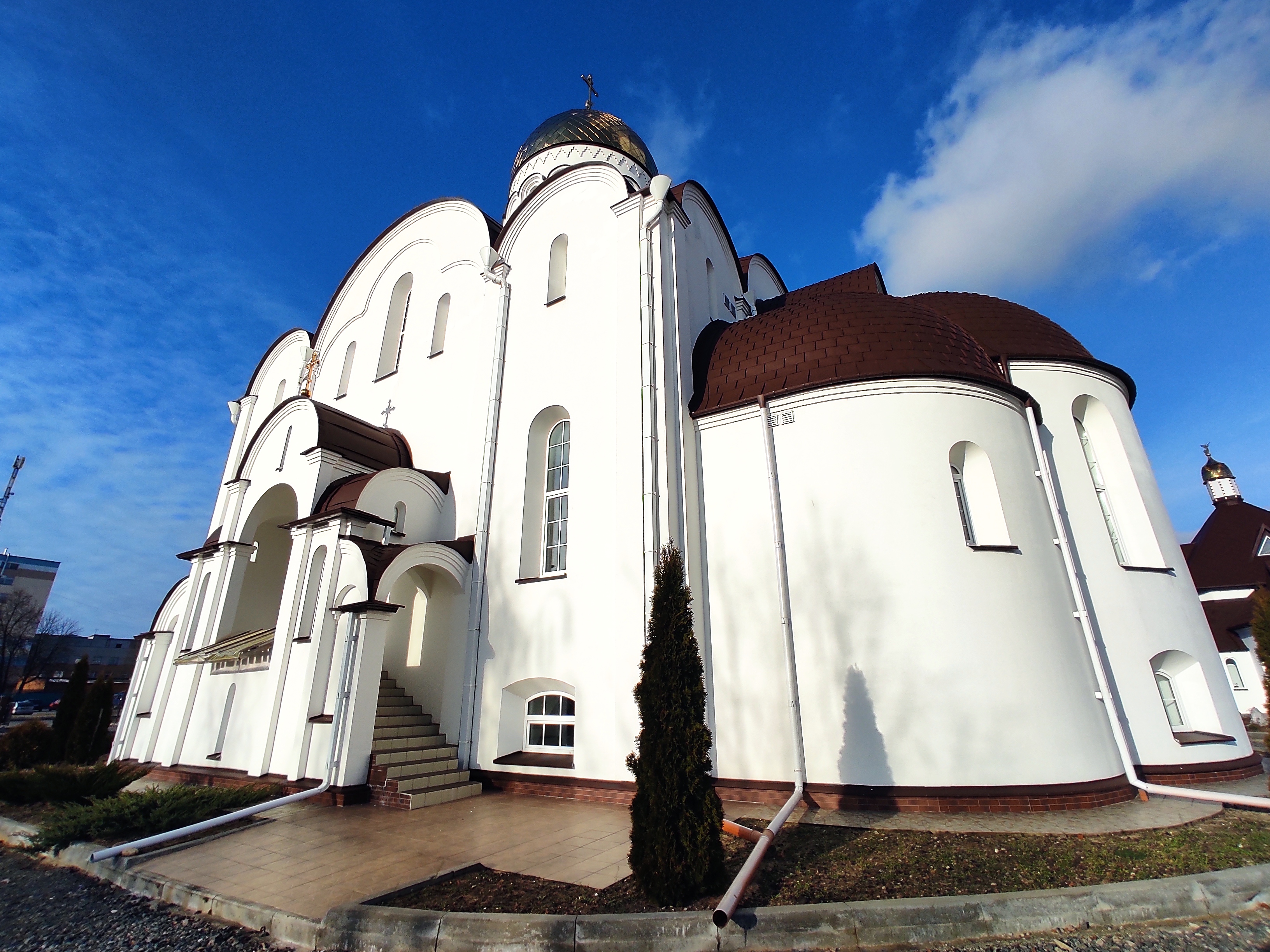 There are several entrances to the Temple. In addition, there are small memorial and prayer halls on each side. 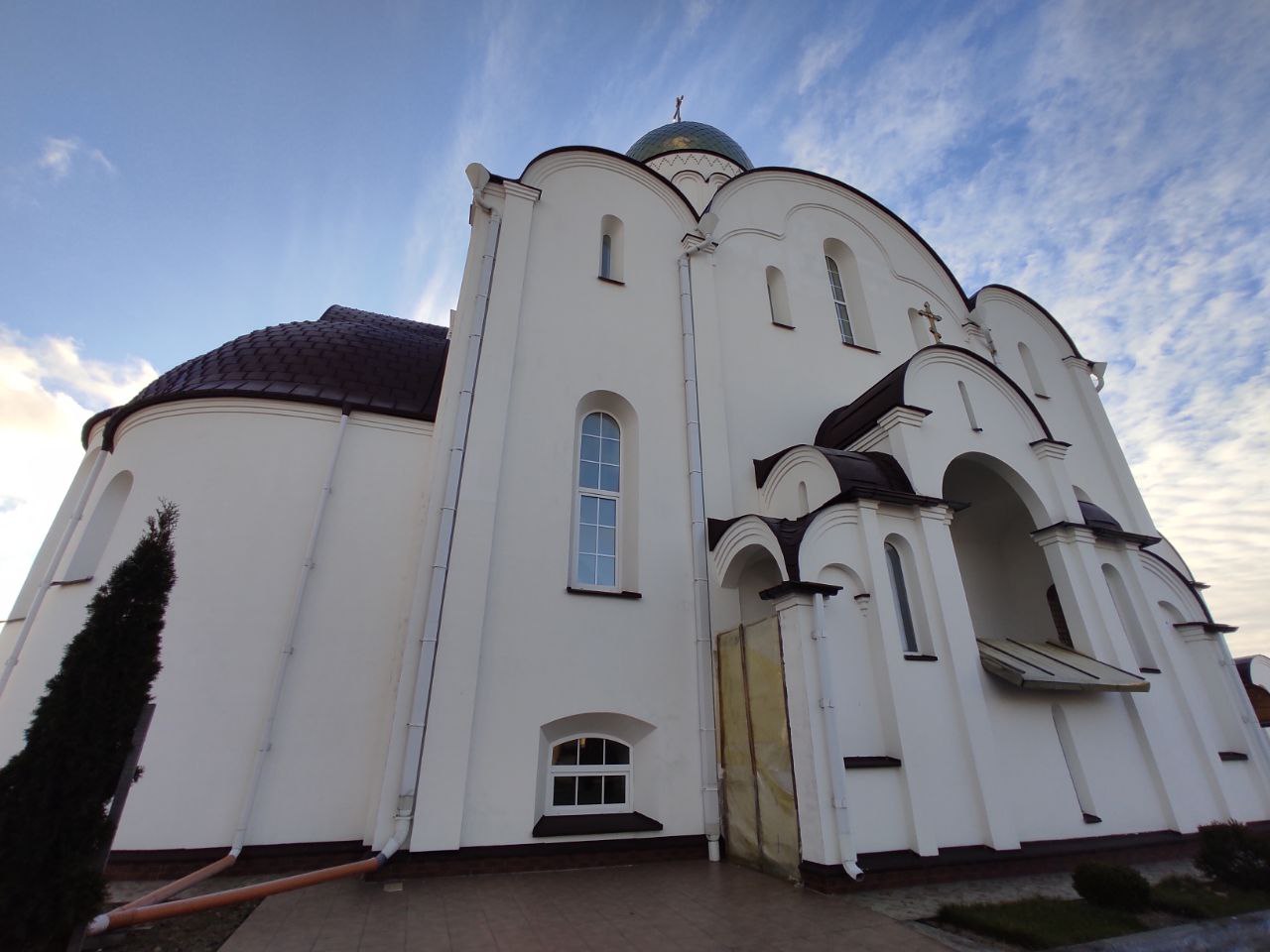 As for the main entrance, it is closed on weekdays. In addition, during my visit, restoration was carried out there. In front of the entrance to the main hall there is a statue of Alexander Nevsky and a holy icon. 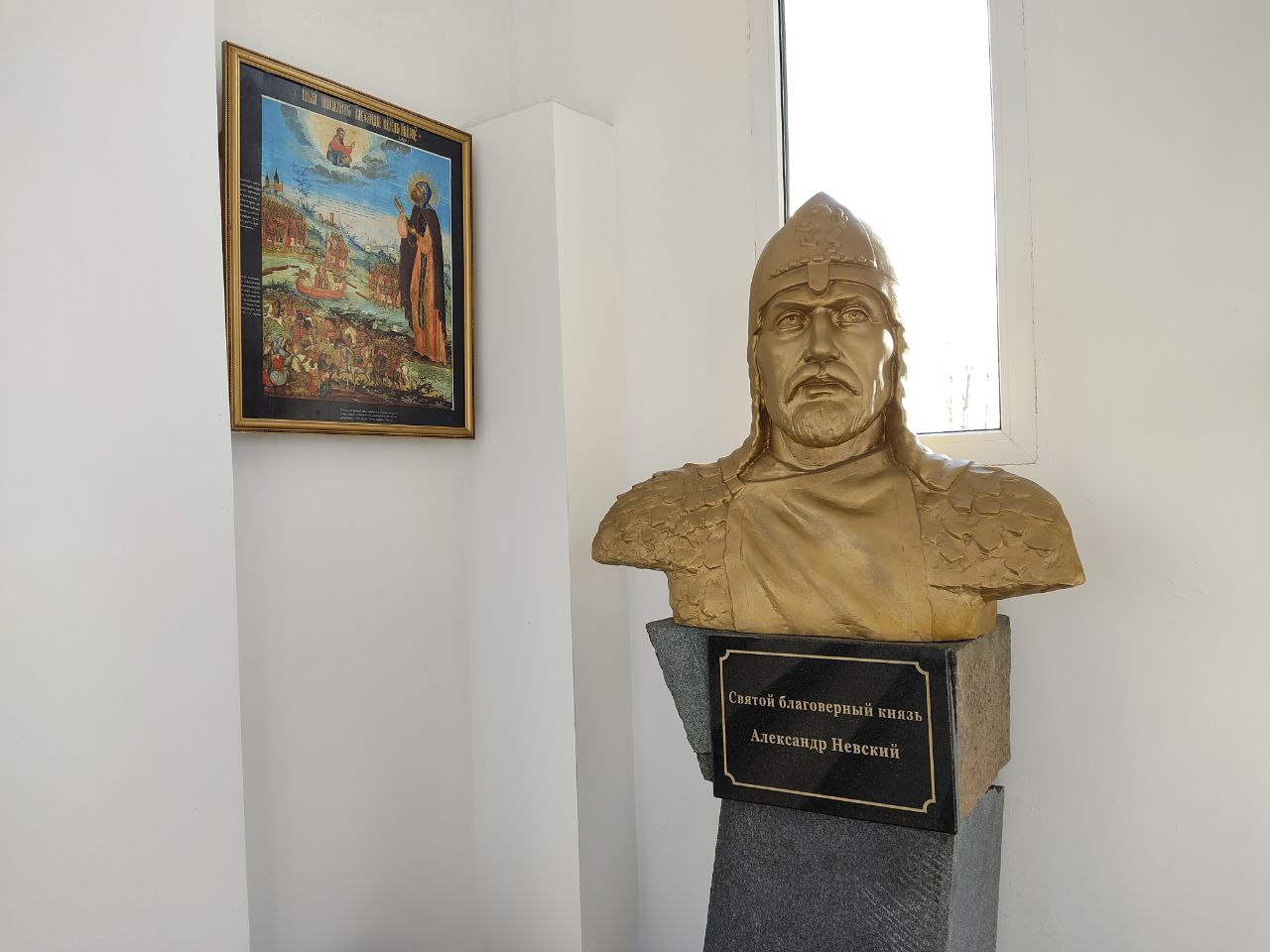 I managed to get into one of the inner rooms and take some photos. There was not a single person in the prayer hall, so it was a great time to visit. 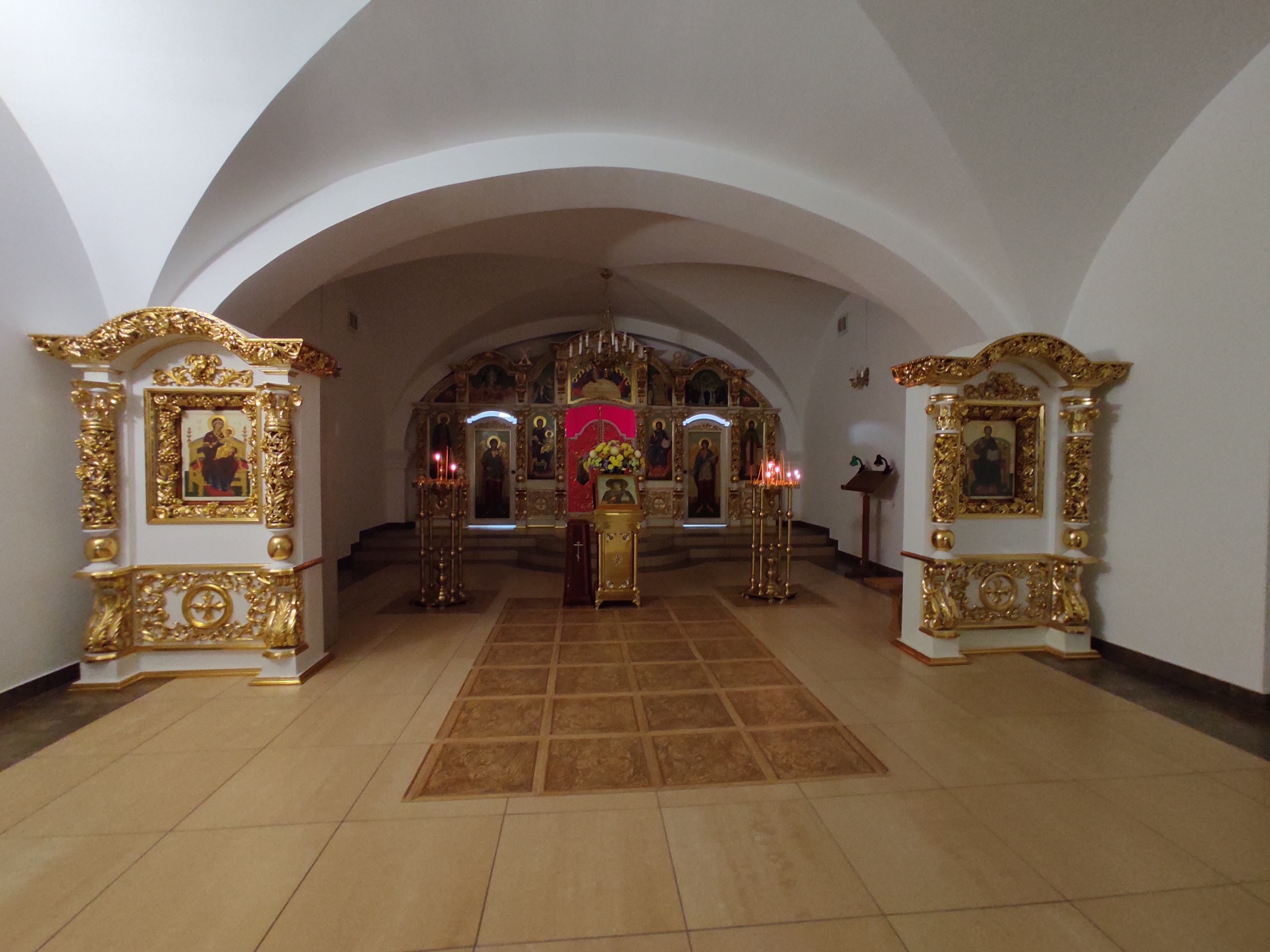 The room, as in many Orthodox churches, is decorated with gilding. This is done traditionally. It is believed that what is important is not what is outside, but what is inside. This is an alligoria for a human being. It is important not how we look, but what we are inside and what actions we perform. 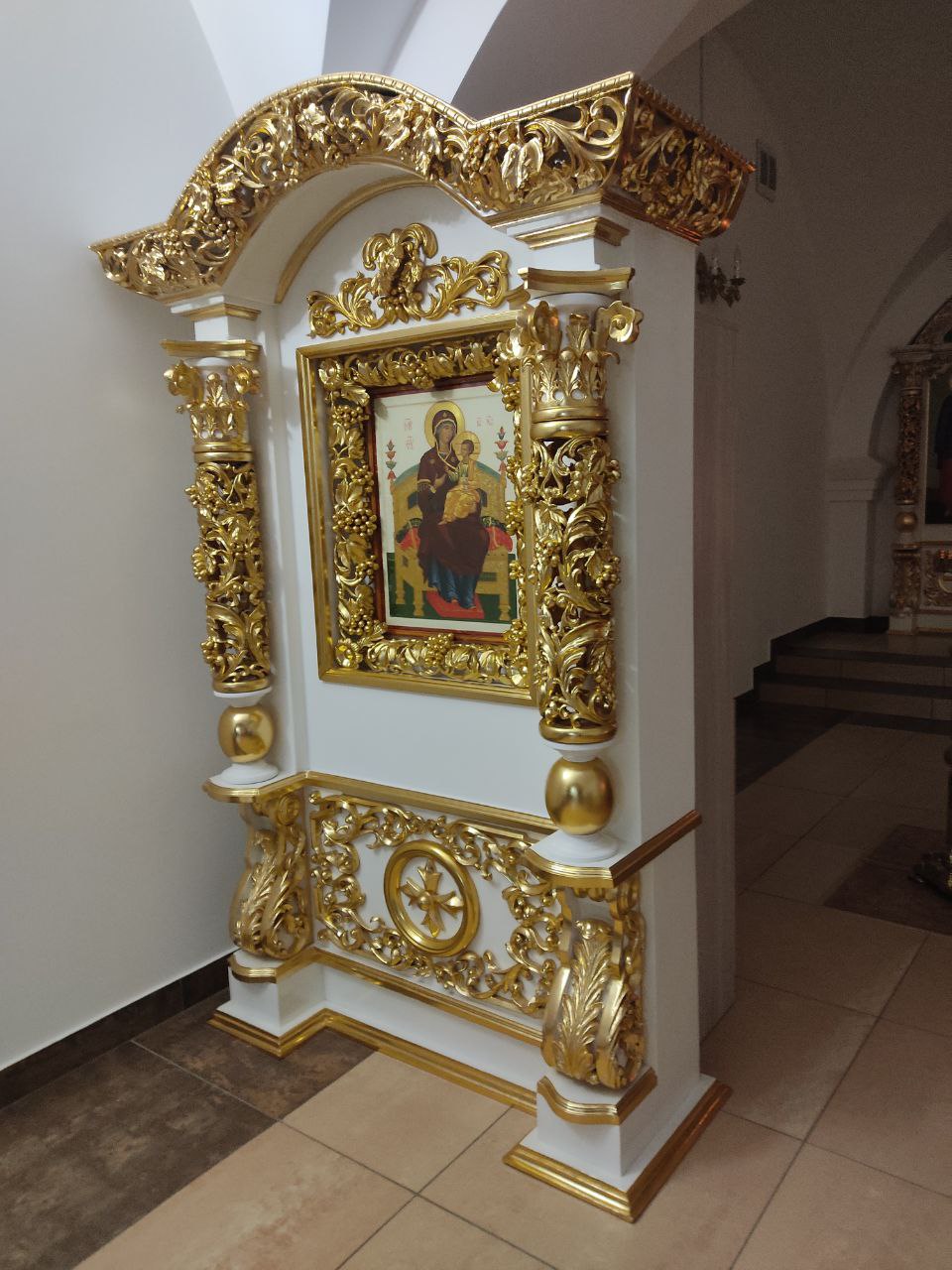 Each icon has its own patrons and its own meaning. This room is located on the ground floor, or rather, it is underground. On weekdays it is popular with locals and visitors alike. 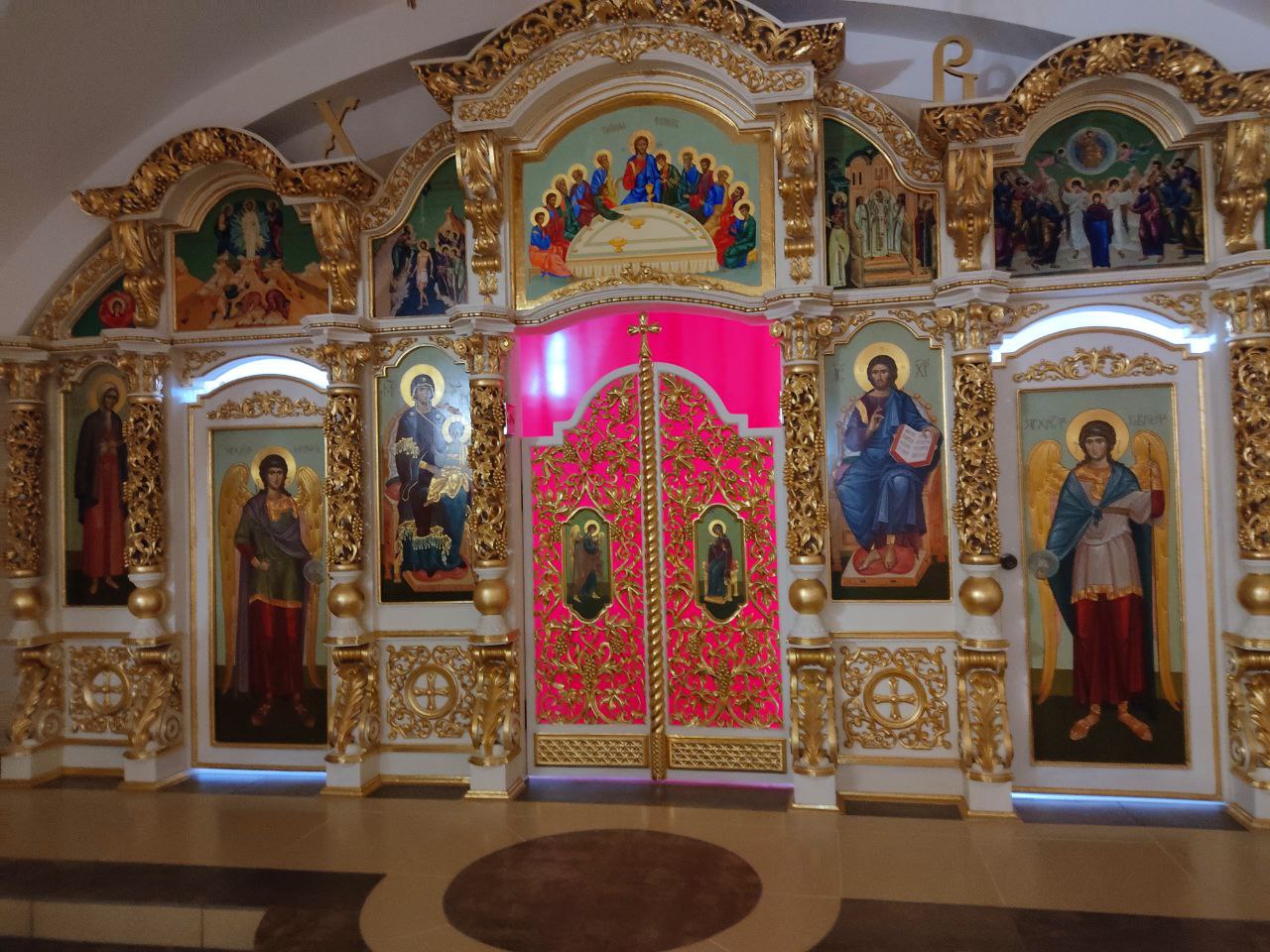 A visit to the Alexander Nevsky Cathedral left me with positive emotions. First of all, such historical architecture is located in an ancient but small city town. This is a cozy and atmospheric place to spend some time exploring. 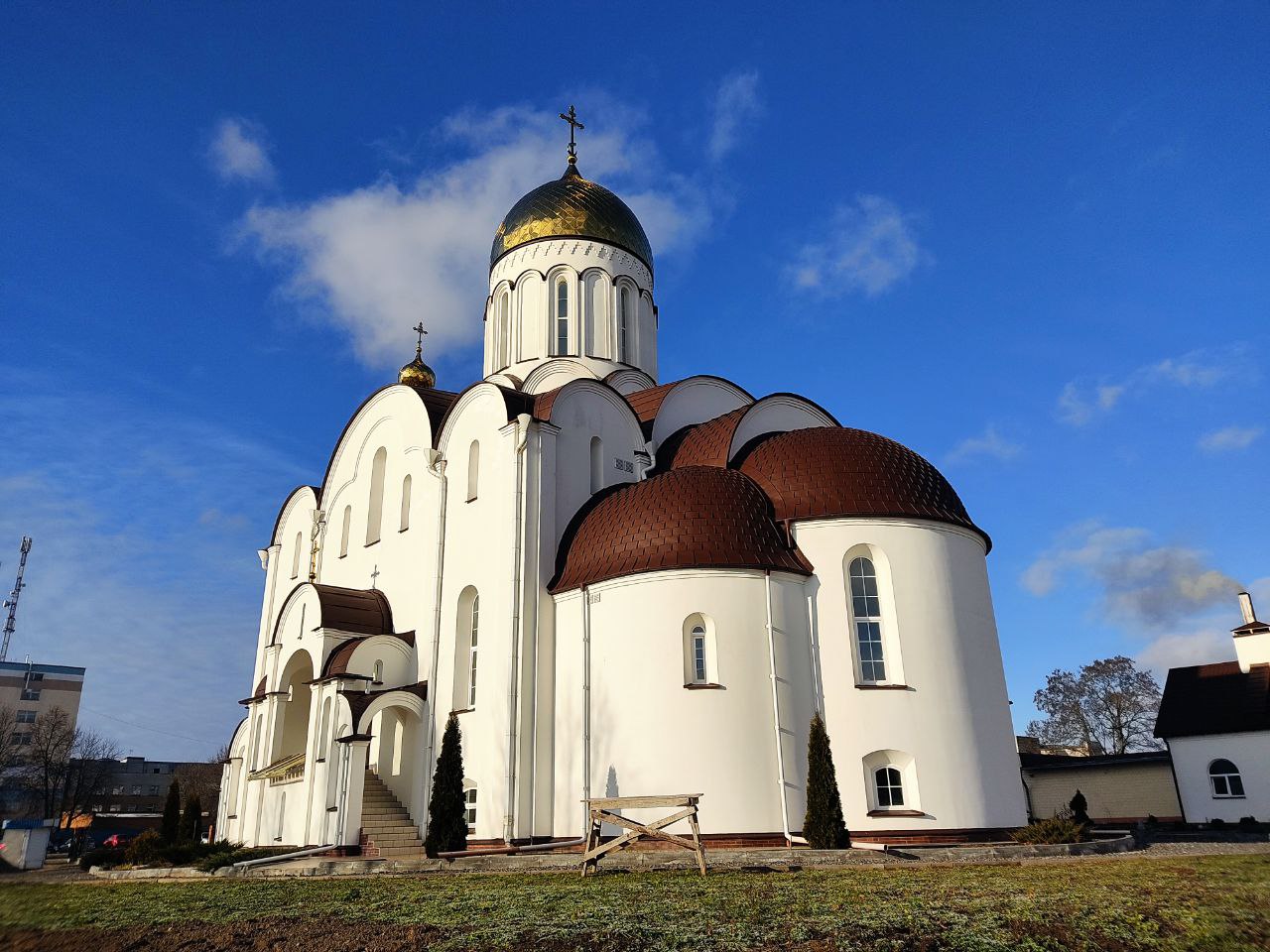 I am impressed by the architecture of the temple and its extraordinary history. In my opinion, time stops in such places. The Alexander Nevsky Cathedral is a capsule of time in which anyone can plunge into the past and enjoy the grandeur of the present and the horizon of the future.

Thanks to everyone who reads and supports. Best regards from danny.green.

What a beautiful cathedral. Thanks for sharing.

I think so too. Thank you very much for your attention and support!

Thank you, this is a beautiful Temple! Many thanks my friend! This is a wonderful spiritual place! ;)

I find the design of the cathedral peculiar, but seemingly aesthetically pleasing. The interiors are full of gold-leaf detailing. Enjoy a slice of !PIZZA

What a beautiful temple!

Thank you! This is a great place!

Belarus is certainly blessed with all sorts of temples, churches, and other religious landmarks. It seems that they're just a stone's throw away or even a much shorter walking distance from where you live, isn't it? The Temple of Alexander Nevsky is quite interesting in its architectural character because of the peculiar shapes of its geometric compositions. If I may ask, what's the dominant religion of the majority of the sacred buildings in your region?

Indeed, there are many religious sites here. Monuments of architecture have been preserved in many cities. Historically Belarus can be divided into two parts: eastern and western. One part was under the influence of the Russian Empire, and the other part was under the influence of the West. For this reason, there are many different styles of architecture. I live in the eastern region and therefore Orthodoxy prevails here. Although there is also Catholicism. In addition to temples, there are other wonderful architectural sights of the bygone era. I will talk about them.
Thanks for your support and feedback!

Amazing! Belarus certainly has an extremely rich mix of various cultural, political, and religious influences. And one of the strongest signs is clearly evident in your sacred buildings. I look forward to experiencing other types of superb built environments from your location soon. Many thanks and have a happy weekend! 😀

I had not seen this Russian Byzantine architectural style. The use of the arch in every aspect of the design, not only in the main structure but in windows and even in the internal decor makes it extraordinary and really beautiful.

Amazing temple, i've never seen a buliding like that before. the golden domes are beautiful, and the curvy shape of all the building is unique. Awesome pictures, greetings.

Well done @danny.green! We're happy to inform you that this publication was specially curated and awarded RUNNER-UP in Architecture Brew #49. Congratulations!