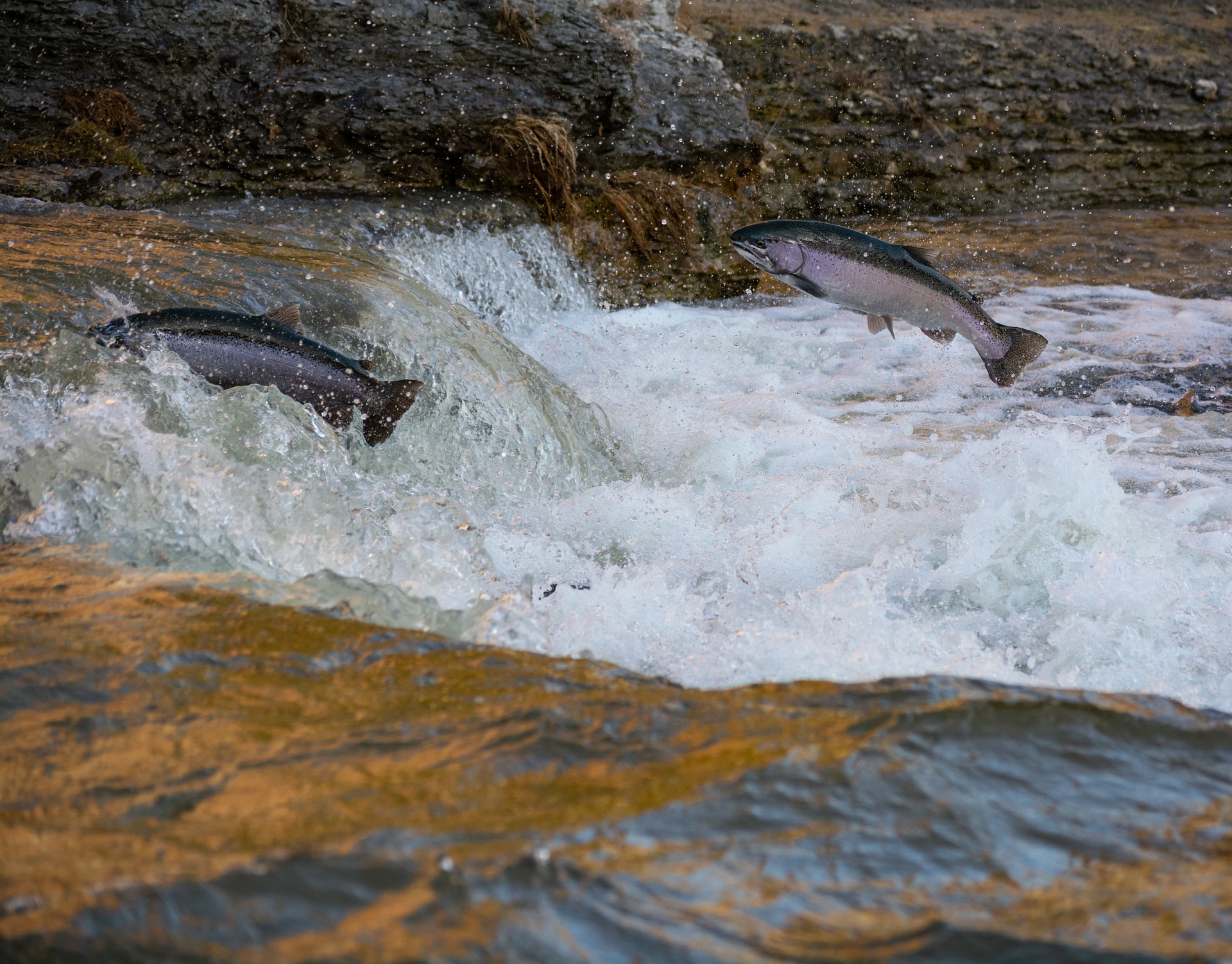 When I was little, I used to fish with my bare hands in a small river near my grandfather’s house, in the countryside. It was a relatively wide river, but very shallow, with just two, three different arms, each not deeper than my ankle.

We had this easy, but very effective technique: at the intersection of two river arms we were building rapidly, with our bare hands, a small sand dam (the river bed was very sandy), diverting the water from one arm to the other. At the same time, some of use were going to the end of the drying arm, and build another sand dam, but this time with a very tight passage in the middle.

As the fishes would try and swim downstream, trying to escape, they were forced to go through the hole in the middle of the second dam. Where our bowls were waiting for them.

It was almost too easy.

The Invisible Sand Dams Of Our Lives

The other day I remembered these episodes very vividly. It took me a while to understand why, but eventually it came to me.

People who control the sand can build at any given time small dams, redirecting us, the fishes, wherever they want.

I am sure that, back in the real river, the real fishes somehow felt that something wasn’t right. They must have feel the level of water going down rapidly and the imminence of some danger. But they couldn’t assign it to any known cause, because it was all inside their ecosystem.

For them, this must have been some sort of “well, the water is just going down, we have to swim for our lives”. And they were swimming wherever the new riverbed would lead them, not questioning one second what happens. And then, when they were facing that little passage in the second dam, they must have think: “this is the only way out, we have to go through this, and we will be ok”. Alas, that tiny hole was the end of their lives.

It’s the same in our modern world. The boundaries of our world are rapidly changing, as the people in power move the sand dams. We swim not in an ocean, but in a river controlled by somebody else. Our way becomes narrower and narrower, and, although we may feel, at times, that something is not quite right, that some danger is imminent, we can’t assign the real cause to it. Because that cause is outside our known ecosystem.

We are like a fish in the water, not even imagining there’s someone more powerful, altering our path as they see fit, making us bounce from sand dam to sand dam.

And then, when we finally see some tiny way out, we rush to that place, hoping it would be our redemption. Of course, just like the fish swimming right into our bowls, that narrow passage is not our freedom, that promise of redemption is actually our demise, our death.

Think for a while how many times this played out in our history. Try to remember how many times we were “redirected” to different paths, by bigger societal forces, and “there was nothing to do about it”.

Our fishing technique was so effective, that we believed for years no fish can escape it.

And yet, we eventually discovered it is possible to escape. It’s very difficult, almost impossible, but it can happen.

Simply put, the way out is the other way.

The only fishes that could escape us were those who, sensing us while we were building the first dam, were stopping and changing direction abruptly, swimming in the other direction. But they were very few. The vast majority were passing between our legs and hands, without the tiniest problem: “well, it’s just some movement of the sand, nothing will happen, let’s all swim downstream, like we always did”.

Swimming upstream means going against the establishment. And that’s hard. Not only because the establishment is almost always more powerful than you, but also because it requires more energy and more attention. You can’t afford to rest. You have to be aware. All. The. Time.

On top of that, you will also get some opposition from your own kind, who, while swimming downstream, will give you the eye, or, even worse, they will force you to go in the same direction, with them.

Don’t do that. Resist. Swim upstream.

Photo by Brandon on Unsplash

I am agree with you that sometime we flow or go down with the situation or following the majority, but sometimes you have to take a decision what you think right with logic.

We, humans, are a bit different than fish. We push each other into the tight passage and yell at those who swim upstream that they are traitors and deserters and irresponsible and ...

What wonders can a bit of persistent propaganda and fake truth do ... Sad.

Swimming upstream means lot of effort, which sometimes we do not have.

Secondly, the natural state of things is to minimize the entropy. We need predictability, and the most usual situation when the water level goes down, is to swim downstream. To have an intelligent decision, we need the information to differentiate between that dangerous situation (the dam that is built to take control over our lives) from the many natural situations in which the water just runs in the stream. This is the hard one! And no one has other solution to this, other than experience and education.

I agree with your point of view. It's just that we minimize entropy to the extent we understand the ecosystem. A fish may want to minimize entropy only in water, because that's what the fish knows as "the universe". For us, humans, it's the same: we try to function inside a very limited set of conditions, while the games are played way beyond those conditions too. From this perspective, "transcending the system" by swimming upstream is the only survival way.

Spending energy when you fight to survive comes before conserving energy in everyday life :)

Going with the flow is the easy option and it can be worth the effort to do otherwise.

A minor typo with 'bear hands'. Those claws would really help :) English is so confusing with 'bear' having different meanings. I think you meant 'bare'.

@dragosroua! I sent you a slice of $PIZZA on behalf of @steevc.

Nobody needs to see a bare Bear Grylls!

Thanks, Steve, I stand corrected.

I think you do pretty well as a non-native speaker.

You're too kind, but thanks nonetheless :)

When you say "Hive is based on the same marine hierarchy" you probably refer to minnow, dolphins, orcas and whales. I think the entire crypto world has this analogy, in Hive is just a bit more detailed.

And yes, you got this right: