Ok so the VYB airdrop is done and we are all rolling in VYB!!

Very exciting news as it was a complex calculation not easily done that determined what you will be given.

but with no single accountholder exceeding 2.5%.

Ok but what are people doing with all this stake? Well as there is no delegation we can only really do three things, keep it liquid, stake it or... unstake or the naughty list as we shall call it tongue in cheek for Christmas.

Now, remember originally the only way to get some liquid VYB was either as a gift by @trostparadox or bought in at the decreasing rate by swapping POB for VYB. Currently, you can swap VYB for POB at 1:1 for the next 88k, down from 200k when we last checked, POB Received.

Ok we can see that the biggest liquid bags are currently the POb swap bags. 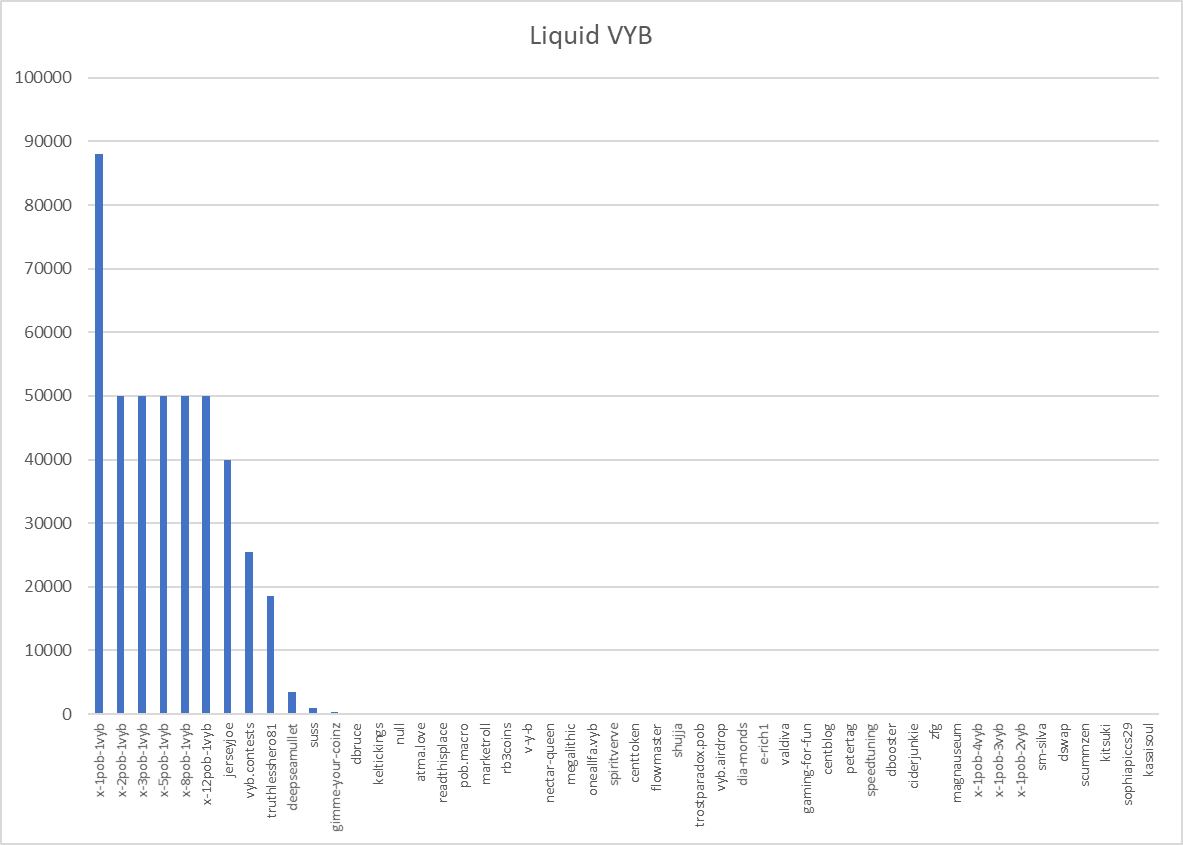 However if we take them out a different story emerges. @jerseyjoe comes in with a huge bag of 40,000 same as last time, @trsostpardox.pob has been wiped out and replaced by @vyb.contests and then @truthlesshero81 holds athier position. Next is
@deepseamullet at 3416 followed by @suss at 1000. Then we get below 1000.

ok now we are done with the liquid who is staking their riches? @frot lost the lead to @onealfa.vyb wh has grown from76k to 218k !! @trost has only grown 30k and frot 18k ! 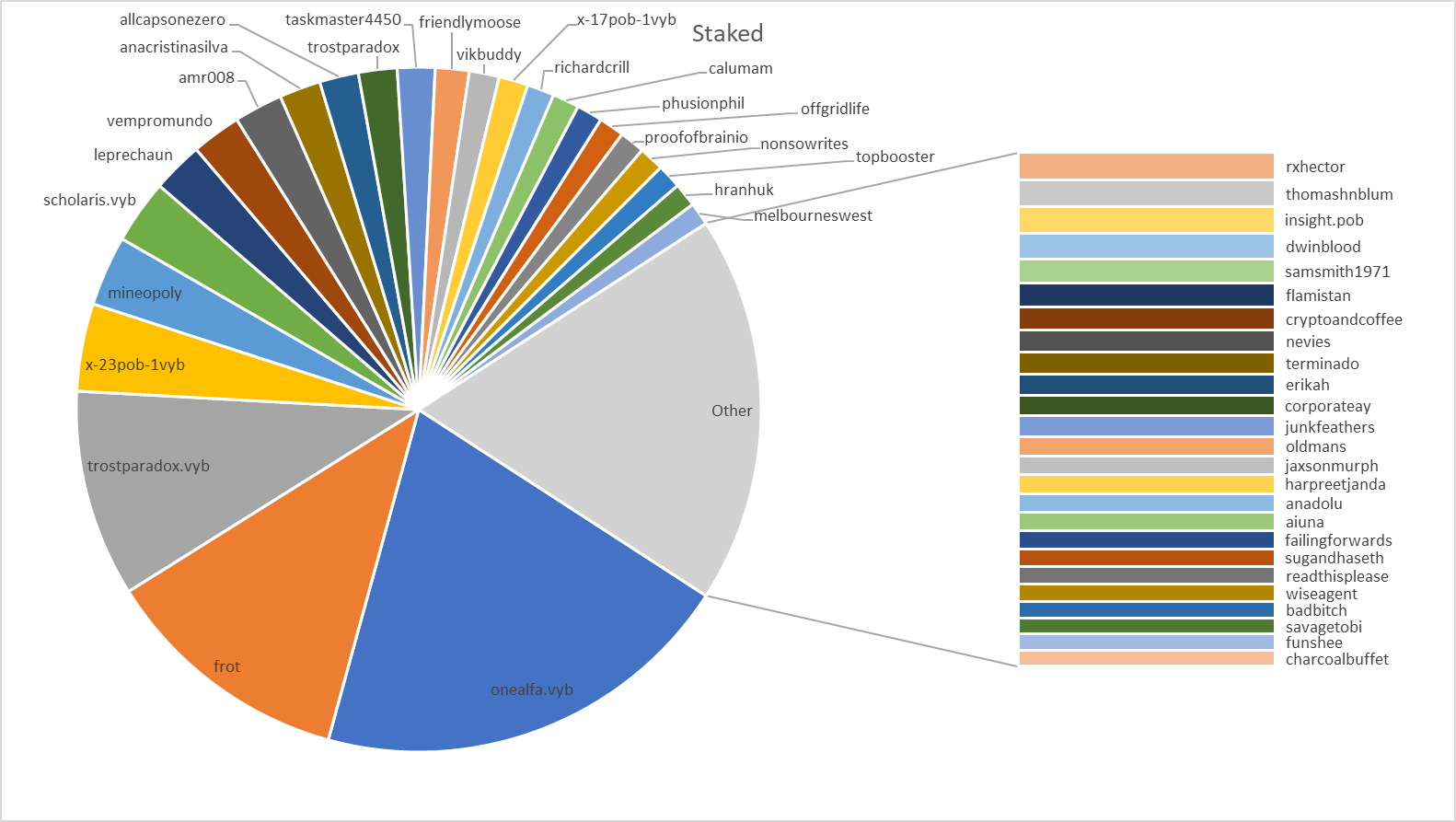 Ok of course we have a range of reason to unstake, however in the spirit of Christmas past, I want to call it the naughty list! First of all the bad news is we ahve over 50 people untaking, up from the only 39 people unstaking last time. The good news is the top 50 are only unstaking 39k down from the 90k of VYb is being unstaked last time . Last time 2 people where unstaking for over 10k each, now none are. 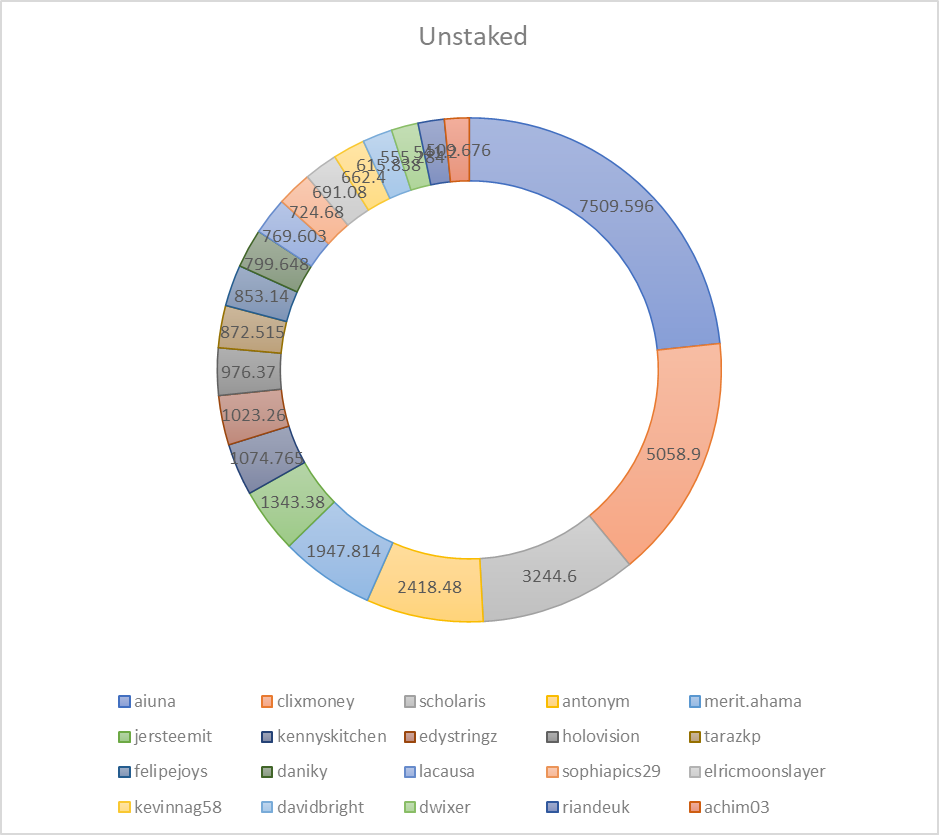 I was not on all of the list. :)
but I am trying to stack all my POB, and my VYB is still stacked from the airdrop and also from the reward.

Congrats on hiking up the spot.

Well as there is no delegation we can only really do three things, keep it liquid, stake it or... unstake

Actually, delegation has been enabled. An announcement post about that was published a little over a week ago.

Oh my! Thanks for the heads up been sick so must have slipped past me, next update.. delegations!

I'm sure you will be a permenat fixture

I'm staking all my earnings, apart from keeping 100 VYB liquid for a possible future plan.

Losing the lead is not a worry, I was fully expecting that to happen.

I'm very happy with how things are going.

... @jerseyjoe comes in with a huge bag of 40,000 same as last time, @trsostpardox.pob has been wiped out and replaced by @vyb.contests and then @truthlesshero81 holds athier position. Next is @deepseamullet at 3416 ...

I can't stop laughing.
Do you really think those named FIVE accounts ^^^ are competitors?
Do you want to see when those accounts been created, and who did that (recovery acct)? And I am not sure at all if there are not some more "hidden" accounts from the same owner.
Open your eyes @failingforwards

BTW, I am not saying this is bad, or smth. This is just the facts. REALITY.
Only the future will unfold, how good or bad it is.

Thanks for the info, did not know they all had the same info, teaches me to dig deeper