Have you ever been a victim of fake news? 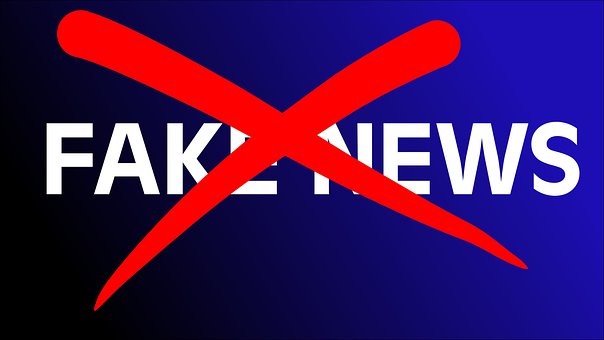 The ease of getting information or news is part of technological progress, that's a good thing because everyone can easily get notifications of anything and about anything, everyone will easily read news about anything that happens at home or abroad just from holding hands, but even though it is something that can make it easier for many people but we must remain vigilant, when we get information or news, don't easily swallow it raw, it would be better if we check it further or at least we check the source of the news which has been official or trusted, because in today's times fake news like running water has passed through our porches all the time and it has made many people feel wronged.
I've been a victim
of fake news

In 2015 a viral news passed through my homepage and that's what I was waiting for, at that time it was reported that my favorite band would be holding a concert in a town in the area where I live and that was good news for me, after reading the news without knowing it. thinking long I immediately contacted my other friends to prepare themselves, the next day we departed with the preparations we had prepared along with large written banners, after traveling for an hour using a motorbike we finally arrived at the location mentioned but the the painful thing happened, we only found an empty field without anyone there, all my friends were silent, finally I asked someone who was there and suddenly he laughed at me saying, "you are dreaming son, no there's a concert here", then what happened? All my friends expressed their disappointment at me, as if I had lied to them on purpose, and I ended up going home labeled a liar, it hurt.

and it will always be a meaningful lesson for me and I hope this experience will also be a lesson for others, maybe now there is a positive step from the government (in my country) for every publisher or spreader of fake news will be punished according to the law the applicable laws, hopefully slowly fake news or hoax news will be minimized. I'm sure you must have been deceived by the fake news circulating. wkwkwkwk

of course and it hurts a lot

Fake news is a serious problem, but I believe that we can fight it by being informed and diligent.

yes I agree with what you say, but the disguised sources that are so difficult to distinguish are always a nightmare for readers.