IF YOU COME TO INDONESIA, I RECOMMEND THIS PLACE TO YOU 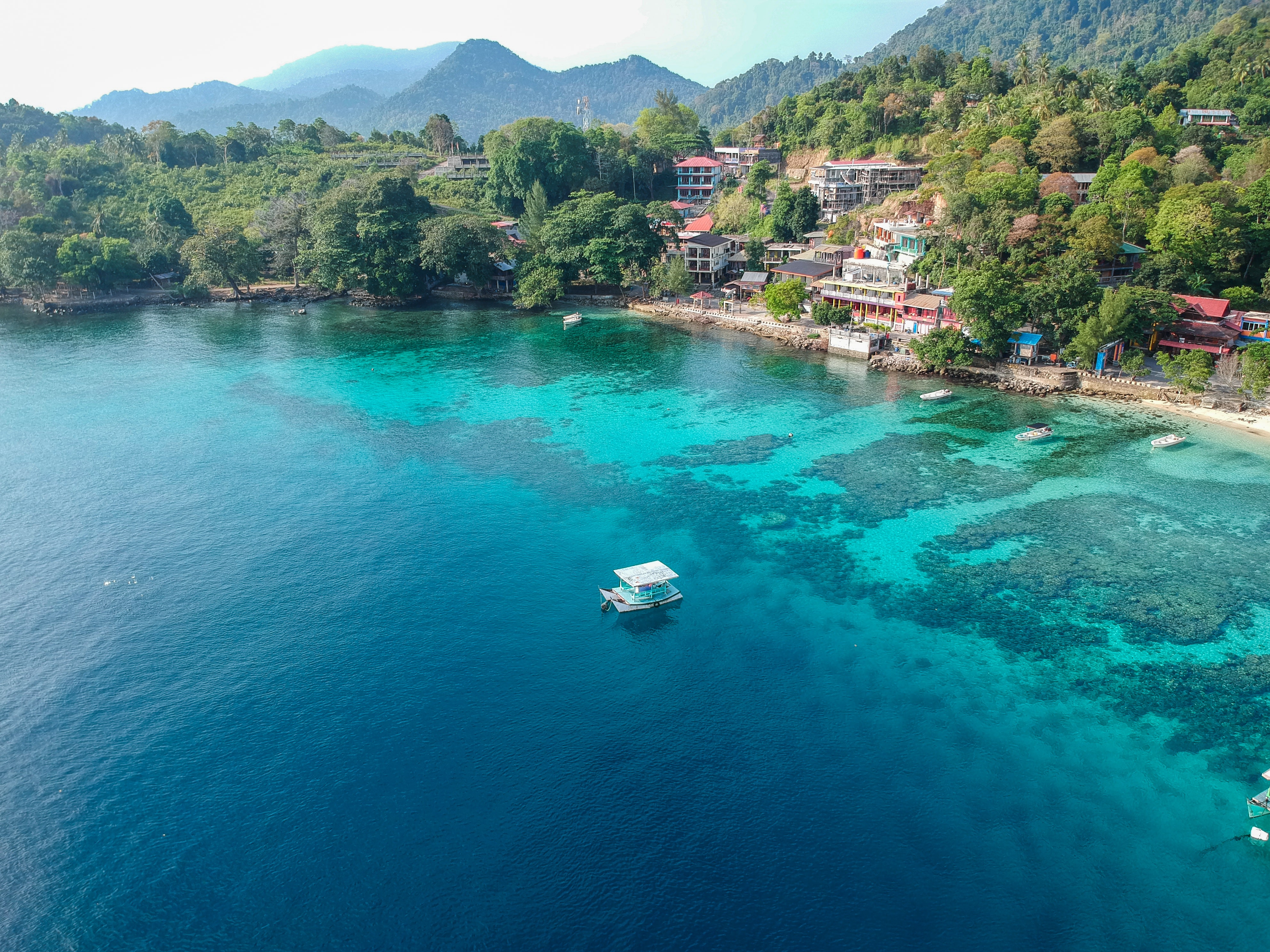 Talking about the tourism sector, maybe my country (INDONESIA) is included in the list of countries most visited by tourists from various parts of the world, because here they will find lots of choices of tourist attractions and historical sites that are still thick and well-maintained and have even become places of interest. tourism, And you need to know Indonesia is one of the archipelagic countries that has the longest coastline in the world, and also has many very beautiful islands, some of which have even been recognized by (UNESCO) as one of the wonders of the world, you must often hear one of them "BALI", no doubt if Bali has become a regular for tourists from abroad.

Not Bali, if you visit Indonesia then I will recommend a place that will make you not want to go home and will feel at home for long in this place, what place is it, where, and what will you get? I will discuss it so that you are interested in coming here. 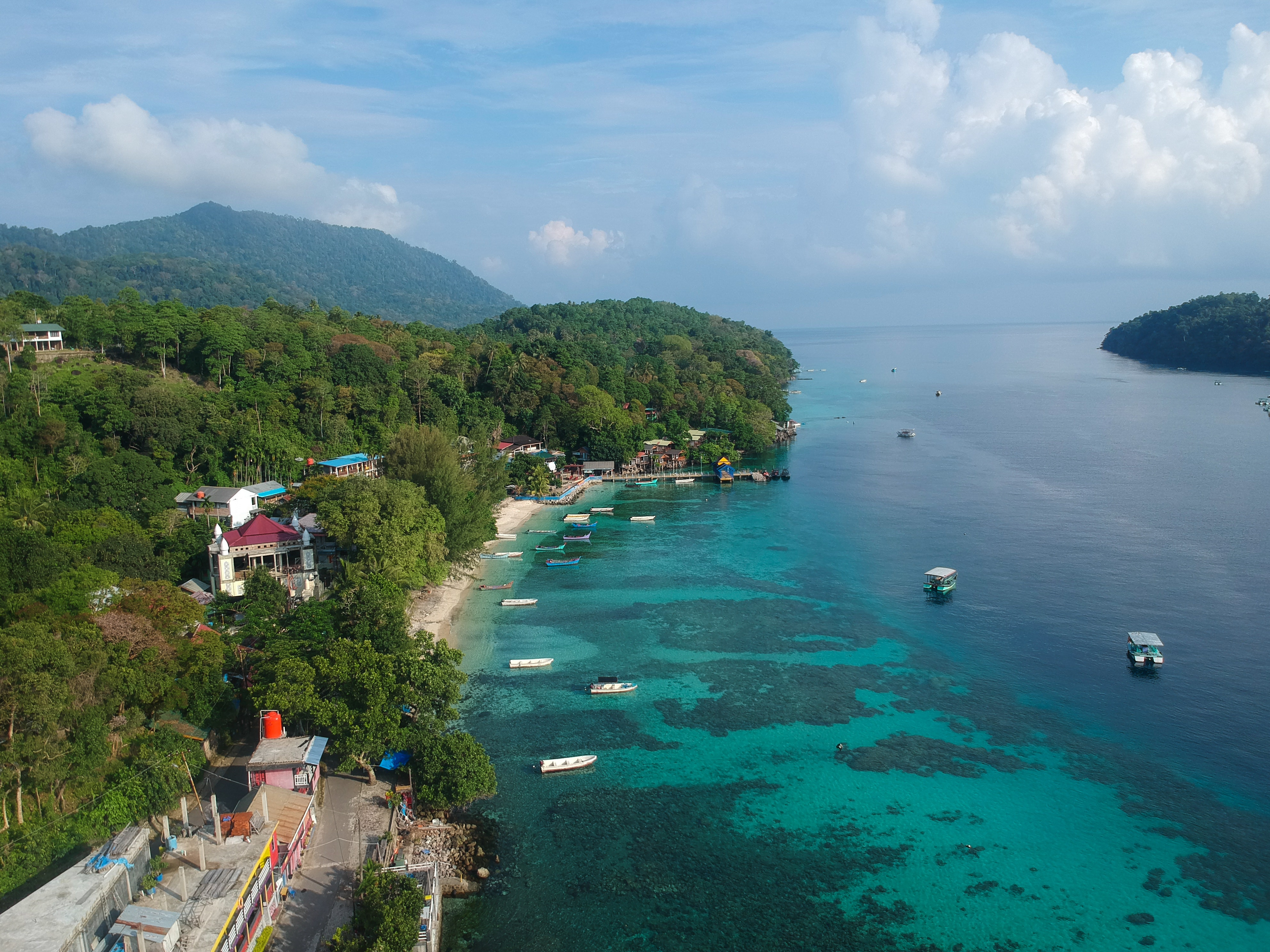 Sabang is a small island located at the tip of the western region of Indonesia, Sabang Island is also one of Indonesia's first international ports, where since colonial times, countries from Europe such as the Portuguese, British entered Indonesia through the island of Sabang, they claim this island as the center of world trade, because of its strategic location, even in the past European countries fought over this area.

The reason foreign tourists want to visit Sabang first is to be amazed by its natural beauty, the green nature here is still very awake, the shady green trees make the air on this island very fresh, and the beautiful beaches will make you feel at home, the beach water is clear and You can also find good waves on this island, if you like surfing then you are in the right place, namely Sabang Island.

The second is free from pollution because Sabang is not an industrial area, this area only focuses on the tourism sector, besides that the island is also not crowded with people, so don't worry about air pollution from vehicles, you won't see traffic jams on this island.

Don't worry if you want to linger on this island, even though it's small but on this island there are also cities, the government (Mayor of Sabang) is also very concerned about tourists, in addition to building many lodging places in the coastal area, he also provides them in the city, there are lots of star hotels in the city area, but I suggest you to sleep in an inn that is on the beach, you will feel heaven on earth there.

If you want to shop for necessities, don't worry, in the city of Sabang there will be all the needs you need, and the most special thing on this island is that you can rent a super luxury car at a very cheap price, you are free to drive as much as you want, besides that you also can rent motorbikes, bicycles and other items you need.

no need to worry if you can't communicate with local residents on the island of Sabang, because here you will get services from people who can translate languages, for example you are from Germany, you can get services from people who can speak German, he will be petrified you translate your language to local residents, and if needed you can hire them to accompany your activities while you are here, don't hesitate, they are responsible and professional in this field, this is their job.

Maybe that's all I can explain at a glance about the island of Sabang, but there are many more things that you will find on this extraordinary island, I hope one day you can visit here, and hopefully we can meet here and relax together enjoying the beautiful scenery beach on the island of Sabang.

Thank you for visiting my blog, I hope you enjoy it

JOIN US, AND PARTICIPATE IN THE WEEKLY CONTEST, IT IS VERY INTERESTING.

Wow.. this place sounds like the one to be. Somewhere you can go if you just want to coll down and relax a little bit from all the stress. It is beautiful indeed.
Thank you for sharing this with us.

those tourist spots always impress me.

Hehe.. thanks for coming

Indonesia again? I am definitely going to visit this country one day. It's making me feel I am missing out on the tourism of the country. 😁😁

hehe.. let's come to Indonesia, later I will also come to your country, hopefully someday.

Islands are beautiful places to visit, I guess life there is quite different due to the beautiful nature you have access to.

I have read about Indonesia and I must say it's a beautiful place.

Thank you very much, I hope we will meet here someday😁

This place looks fun and interesting. I love the blue color of the water, I would love to visit here

Don't hesitate to let me know when you arrive, I'll pick you up.

Yay! 🤗
Your content has been boosted with Ecency Points, by @fery.
Use Ecency daily to boost your growth on platform!

Wow I never knew Indonesia have such a beautiful places like this, thank you for sharing this with us.