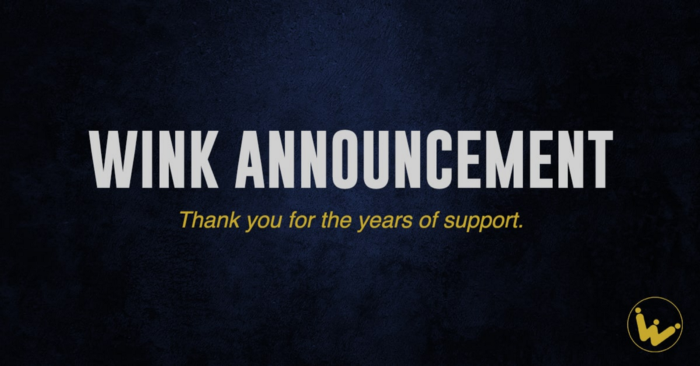 Another crypto casino will stop operating from the 5th of September. In this case it is Wink, once one of the flagships of the Tron blockchain. While it is a pity that they do stop, there were some players with inside information. This is clearly visible at the number of Live and Dice, 2 of their native tokens, sold in the past days.

For me personal it is the second blow this year after the Celsius debacle. Wink had 4 coins which would give you some dividens. The main token was Win, which will survive the sunset of Wink, and will be used at other Tron related games. I do have a little bit more than 3M Wink.

The Rake token will become useless and there won't be any option to swap it to something else. Which is probably fair because the token could only earned by playing their poker games. It couldn't be traded or anything else.
The Dice and Live tokens will be available for swapping. I did unfreeze my Live tokens yesterday, which does take 24 hours. But I am just to late to sell it. It crashed on the market.

My other option is to wait on the swap.

$DICE and $LIVE token holders will be able to swap their tokens for a combination of WIN, USDD and APENFT at the proportion of 30%, 20% and 50% respectively. The specific rates are as follows:

In my case this would mean:

Which would be much better than selling it now. The swapping will start from the 16th of September.

So if you do have Win, Dice or Live tokens frozen at Wink, do unfreeze them asap. Just make the calculation if it would be worth the wait on the SWAP.

all this casino sites act like scammers at the end

Most of them do. But I really believe that there are also genuine ones. I do have some faith in Betfury for instance.