@geekgirl 76
about 2 months ago
LeoFinance 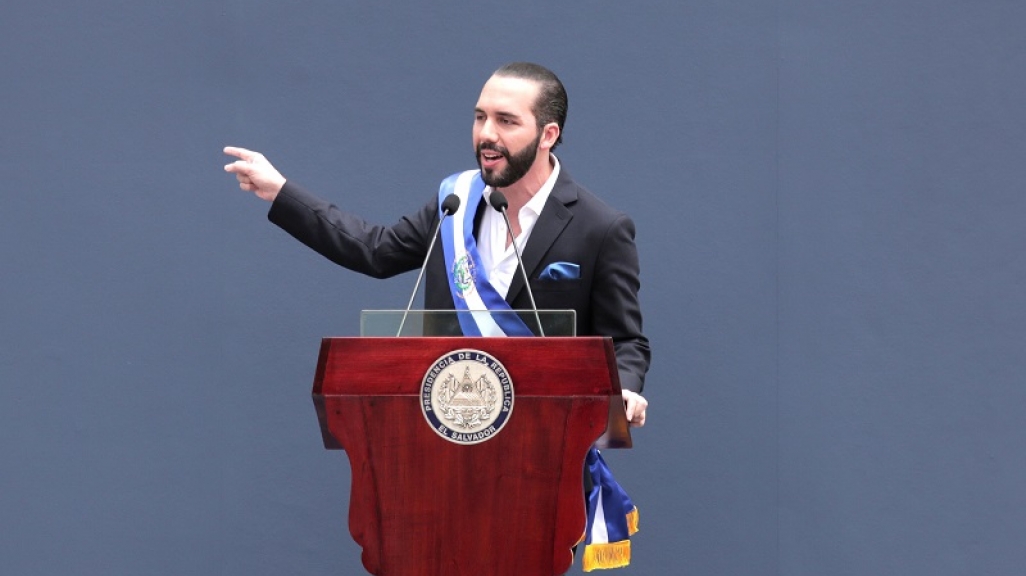 Since El Salvador became the first country to adopt bitcoin as a legal tender, banking entities like International Monetary Fund and World Bank has publicly expressed concerns and engaged in spreading ideas of a negative consequences for the countries economy. Bank of England joined these efforts as well, echoing the similar concerns.

It concerns me that a country would choose it as its national currency. What would worry me most of all is, do the citizens of El Salvador understand the nature and volatility of the currency they have.

El Salvador is the first and only country that embraced bitcoin. Those of us who understand that bitcoin is the solution to the broken financial systems and great innovation to replace traditional forms of money root for El Salvador, its president and people take the fullest benefits out of the transition to bitcoin.

However, as expected there will be a lot opposition and actions to undermine El Salvador's efforts and those who would like to see them fail. Among the first ones who would want El Salvador experiment to fail are the international bankers and they haven't stated so publicly.

Bank of England is a central bank of the UK and is also a private entity just like Federal Reserve of the US, allegedly. Now, why would Bank of England have anything to say about El Salvador's financial choices anyway? What I find funny is that Bank of England is somehow concerned about citizens of El Salvador and their ability to understand bitcoin and its nature. It looks like the president of El Salvador found these remarks funny as well and responded on twitter with the following:

Bank of England is "worried" about El Salvador's adoption of #Bitcoin?

I guess Bank of England's interest in the well-being of our people is genuine.

I mean, they have always cared about our people. Always.

Exactly! Nope! They never cared. If they do, it is easy to prove. By actions.

What these central banks and international bankers really worry about is bitcoin itself and the threat it poses to their power and monopoly in controlling and creating money. What they really care about is to hold to this power and monopoly over money for as long as possible. Ability to create money out of thin air is a great power to have, especially if one has monopoly of doing so.

Bukele brilliantly calls out Bank of England in the following tweet:

Wow. It is a fact that many people already know nowadays. But no president of any country in the world have spoken these words openly and publicly yet, not that I know of.

I believe central banks and international bankers are really concerned where the future of global finances are heading with bitcoin adoption increasing every year, crypto innovations developing fast. They already made a mistake of not recognizing the power of bitcoin and decentralization early on.

So they need to act now. It seems their solution is creating central bank digital currencies (CBDC) and pushing a narrative that they are also innovating. Fact of the matter is they are not innovating. They currencies are already digital. Creating CBDCs won't change the fact they have the sole control over creating money and creating them out of thin air.

What they could do with their power is, actually start caring about people. That is if they genuinely care about people, as they keep saying. But that will never happen. It has always been about money for them and lots of them.

True. They only care about their power.

My country that banned crypto now created its own digital currency which they call E-Naira. They want to make us feel they are evolving😂😂 if they really are why not accept crypto in the country. They don’t want to accept it because they know it will not be good news for their corrupt nature.

Well Bukele also cares about power, his just following his own self interest and that means counteracting other power structures, I guess thats the only way we can decentralize thigns

You kinda have to care about power to be involved in politics. At least in this situation, there are benefits for both people and the govt.

Well Central banks all over the world will like to continue having the monopoly to actually print Money out of thin air, they probably think decentralised ways of doing it might unseat the natural hierachical process of fiat. Well bitcoin isn't fiat. If the world adopted it totally including central banks im there would be the issue of competition. When People are poor, they don't care but immediately they start seeing other means to be financially independent, institutions like the bank of England will begin to suffice.

They will keep that power, by force of necessary. We have to ready for the wildest kindZ of attacks at some point.

The more Bitcoin and the other cryptos are adapted the more concern they feel. Because Bitcoin is a big threat for their creating money and monopoly. In the history, I think people have the opportunity for the first time to create their own money, inflation and economy in short.

It is really nice for El Salvador to embrace Bitcoin unlike other countries that sees it like an illegal way of making money.

It's not really the printing of money that bothers me about fiat but more about the policies such as taxes done to keep the powerful and wealthy in control. In a way, BTC is something they can't control so they don't want BTC to work out. It's all about the banks and governments wanting to maintain their control.

While most people think so, I don't really think so. It matters where the money goes and in the current system, we know it goes to the wealthy and the powerful. So for our current system, it is. Money is only created by the banks when loans are created and destroyed when loans are paid back. If the government wants money, they raise money by selling the equivalent in treasuries and bonds.

So in a way, I am not worried about printing money if it goes towards the people who need it and not gathered up with the rich and powerful. So printing money itself isn't bad as it helps the economy money but I care more about how it is being distributed.

yep, did you watch "The Secret of Oz" By Bill Still? It dives into the history of money and power, really great (but long) watch

Not yet, but I have seen other documentaries on the topic.

How that amuses me). Maybe they're concerned because they don't understand the nature of bitcoin themselves?)

At this point they must understand it well. Otherwise they should be fired. lol.

BoE is hoping to roll out its own CBDC which the media are dubbing "Britcoin", in 2025 and so they are trying to smear anything to do with Bitcoin and its adoption.

Other things such as "people investing in Bitcoin should be prepared to lose all their money" have also been brandished around by him.

Probably the only thing BoE are worried about is people losing trust and faith in them. They and the FCA have really clamped down on people being able to buy and do things with Bitcoin/crypto earnings in a bid to remain relevant. Such a shame, we could be leading the way but no.

I'll be sticking with Bitcoin thanks Mr Bailey!

They can force you to pay rent and tax in their own ponsi.

Yes, Bitcoin will be bigger than any of these banks. I wouldn't be surprised if they were secretly accumulating some btc too. :)

Yeah that's usually the tactic right? JP Morgan and Goldman Sachs been doing that for years! "Bitcoin bad" 4 years later, "Bitcoin good! Btw, we have billions worth of it!"

Certainly not by the UK!

The once great British Navy has shrunk to the smallest levels in 500 years and is certainly not capable of a Falklands type operation again.

Rumor is Bukele lost private keys in a boating accident. So nothing to invade for yet.

It was a bad move for the unelected head of a central bank of a once important country next to a once important continent to criticise the sovereign economic choice of a country on the other side of the world to which it has no historic or cultural connection.

It was an even worse move for an unlected bureacrat to take on a very popular President with 3.1M twitter followers whose country has already benefitted enormously from his adoption of BTC as legal tender.

The attention El Salvador has gained is leading to massive investment in productive activities rather than slavery to IMF dictates that keep countries impoverished.

The other banks worry that this is a trend copied by other countries. They want to maintain the hegemony with traditional currencies they know that BTC is the future! more and more people are learning to use BTC this is just beginning and Bukele knows it.
Grande Bukele!

I think we should name this dude honorary Emperor and Champion of Hive.

Except he is not on Hive, nor does he know about it yet.

Joking aside, this guy has some serious ideas. He wants to create an entire blockchain-based city powered by a volcano. Now, if someone could explain to him how Hive works, then this could spark new ideas, even if non-Hive related.

CBDC is a scam though.

Why would anyone think this time will be different?

I'm not buying it.

#BTC may be volatile but it's 100x better than fiat currency.

India has already announced to issue CBDC which is nothing but a digital form of INR. Indian government will not accept Bitcoin as a legal tender, said in parliament yesterday.