Am I really looking at a $82'125 SPS airdrop from Splinterlands? 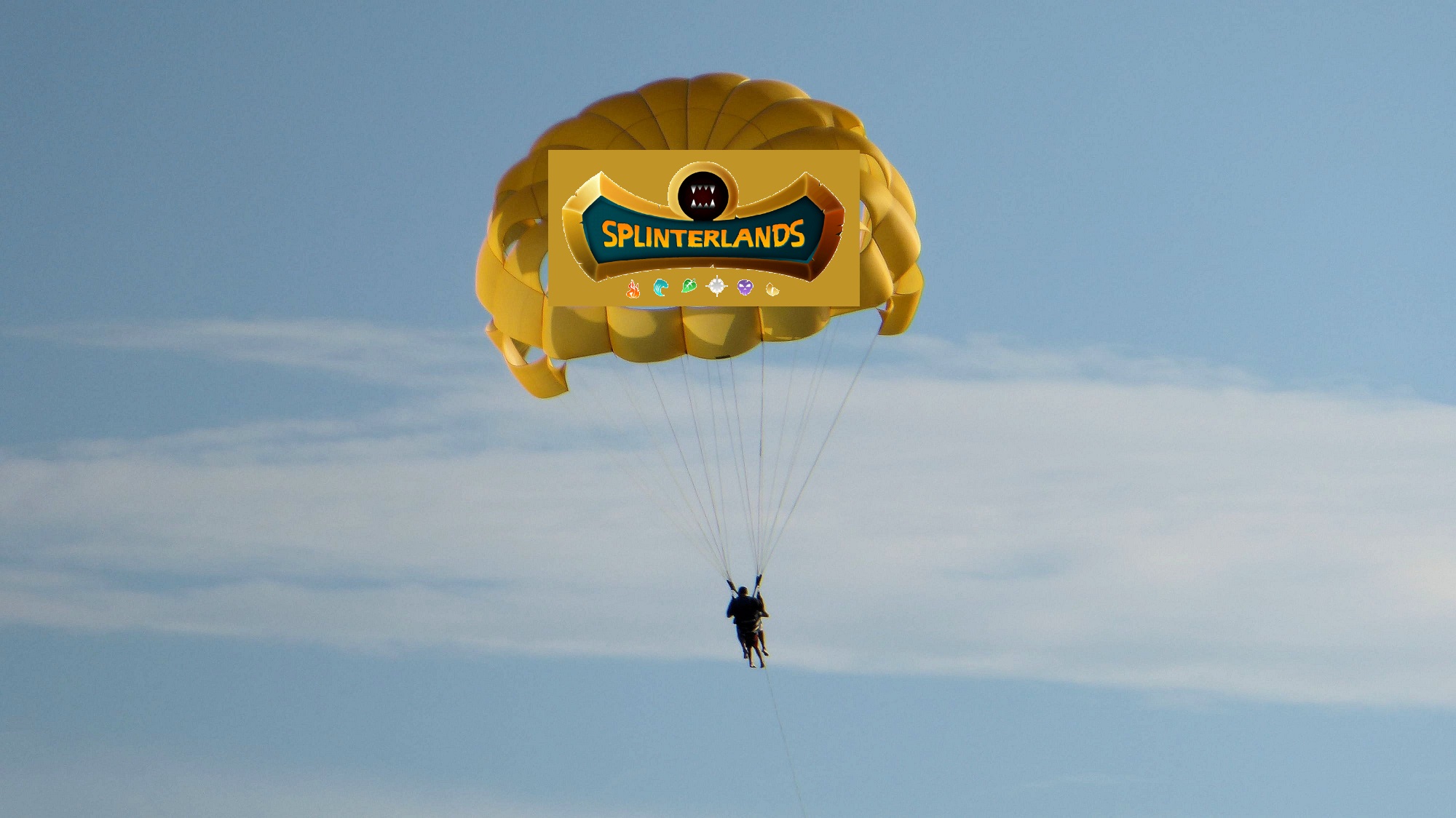 There is no way you could have missed it. Splinterlands launched their governance token SPS two days ago. We already see the masses drawing towards the project from all directions. Discord is exploding, nodes are overloaded and a work colleague, crypto-savvy but (still) ignorant of HIVE started talking to me about SPS over lunch, not knowing that I was involved in Splinterlands nor what kind of game it was.

Honestly, my head has been spinning over these past days. Never would I have dreamed that those virtual trading cards I purchased three years ago would become this valuable. When I purchased my first 100 card packs, I was ashamed of myself and hid the purchase from my wife just as any other purchases I continued to make at Splinterlands. I didn’t view these purchases as investments, I looked at them as buying trading cards for personal satisfaction as a kid would buy a booster pack of Pokémon cards. Keep in mind that back than no one, not even the bitcoiners, knew what NFT stands for. That money was gone in my opinion – spent for pleasure. Consequently, when the total sum invested was nearing $3’000 I decided that the backing for the Untamed kickstarter campaign would be my last fiat-in transaction. Especially considering that my collection at the time was way below that value, since I had mainly bought booster pack that contained cards (at the time) worth less than the $2 price for the pack.

Luckily, I never quit the game though, but continued to build my position. Except for a period of a couple of months of ‘parental leave’ where my deck was played by a heron (wave to @tsnaks) and we split rewards, I did not miss a single daily quest since 2018. Basically, everything I earned from playing has been re-invested. With prices as crazy as they are right now this means that I am holding cards worth over $36’900 in my main account and over $7’400 in my gold card account plus roughly $3’000 worth of land and DEC. Fun fact: Back in May the total value of these positions was less than $10’000. Even that already was beyond my wildest dreams, taking into account that I had already withdrawn all of my initial investment into crypto to fiat. Not including my Splinterlands assets in that sell off was the best decision I ever made online.

With DEC prices as crazy as they are right now, I am easily making 50 cents per won match and that is without bonuses like win streaks or card multipliers. At the same time I am earning passive income from renting out my unused cards to other players.

But the big thing is the SPS airdrop. Technically it is an airdrip and not an airdrop with tokens not being distributed all at once but over the course of 365 days. Man, was my jaw dropping when I claimed 450 SPS on the first day alone. Considering a current value of $0.50 per SPS that is a daily claim value of $225. Times 365 days and that’d be $82'125. 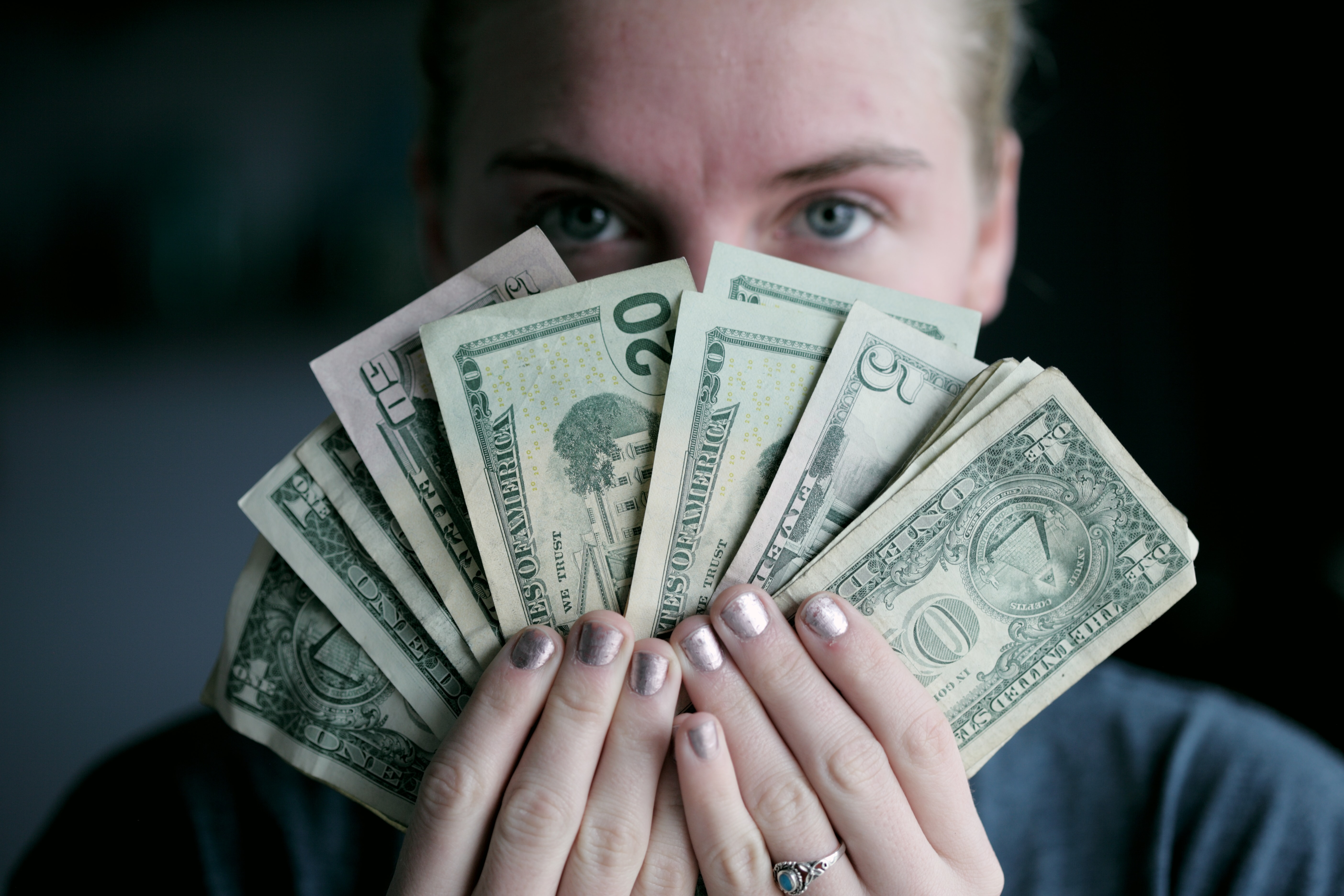 Of course, there are many factors that need to be considered. Apparently, the price of SPS may change. With each airdrip the amount of SPS in circulation increases diluting the tokens distributed before. Then there is the early-investor stake with millions of tokens that become tradeable after 10 months and may lead to huge sell offs. However, it might just as well be that demand rises alongside supply and the token’s price could remain steady or increase even further. Not only may the price change but also my airdrip amount may go down with new assets diluting my eligible airdrop points. Each day new DEC, reward cards and SPT are generated and I need to stay active to hold my position in terms of relative holdings. When new packs are released with Chaos Legion it will be impossible to keep up the same percentual amount of airdrop points without investing external resources. Then again, what is lost in airdrop points, may be made up for by additional SPS income streams like Play-to-Earn and staking rewards that are yet to launch.

The conclusion is that the development and how this will turn out is highly speculative but at the current pricing and airdrop rate I would indeed be looking at a fortune rolling my way. Thinking long-term it becomes even harder to predict but just look at the x100 jump AXS has performed from $0.5 to $50. If SPS did the same thing reaching $50 per SPS, maybe due to a Binance listing or just due to increased interest during the next crypto bull cycle in 3.5 years, those $82'125 would turn into 8 million.

Even if getting anywhere near those returns I described right now is difficult for new players, it is not too late to join in on the airdrip. We are currently only at day 3 of 365.

Images courtesy of Unsplash.com or @flauwy.

Since day one I loved the concept of earning money by playing a virtual card game.
It's truly crazy what's happening.
With these SPS Prices I'm Making $100 a day.

no wonder everyone seems to have gone a bit insane in the world of Spinterlands. 😁

@handtalk5! I sent you a slice of $PIZZA on behalf of @gillianpearce.

I know, things are ridiculous around here right now. :-D

With DEC prices as crazy as they are right now, I am easily making 50 cents per won match and that is without bonuses like win streaks or card multipliers.

Do you think DEC prices > $0.001 can persist given that they have a soft peg via store value?

I guess it's similar to SBD/HBD which has traded above $1.00 during periods of mass hype.

I don't think these prices for DEC will persist considering the enforced inflation when DEC is trading above peg (more DEC issued by the system to compensate).

Just yesterday aggroed referred to DEC as a stable coin on discord again. Who knows they might even adjust the economics again so that DEC does not get completely out of control.

But the inflation mechanism makes it a good time to reap more DEC from the pool by playing right now.

Thanks for the upvote btw :)

Reading more and more about Splinterlands. It's been on my "to do" list for some time now. I think I should get going and sign up! Thanks for the detailed financial analysis. Sounds like a decent opportunity whilst still getting to have a lot of fun. Is there a specific guide to playing for brand newbies that you would recommend that really demystifies the game in as simple terms possible and gets one playing quicker? Not trying to cut corners as I always end up reading the detail anyway, but it's nice if you can start with a good overview.

My biggest problem when I started playing was understanding card abilities and placement, so I wrote a short guide on it: https://peakd.com/hive-167922/@handtalk5/splinterlands-card-placement-for-absolut-beginners

You may also want to look into card rentals as card purchases are super expensive right now but with rentals you can rent cards for fees lower than what you can earn back from completing your daily quests: https://peakd.com/splinterlands/@splinterlands/announcing-the-splinterlands-card-rental-system

If you're looking for more info on the new token SPS, check the official announcement: https://peakd.com/splinterlands/@splinterlands/announcing-splintershards-sps-the-splinterlands-governance-token

Thanks! I followed your splinterland link and have signed in using my keychain. Have bought the Summoner's spellbook. May try my hand a bit later at a few games once kids are in bed. Only Azmare Dice packs available to purchase at the mo and need DEC. Untamed set sold out. Think I'll muck around for a week and see how it all works. Is it worth buying the potions at all? Are the returns decent or should I ignor for now? I'll definitely read the guide though. thanks for posting the link. I'll let you know what I think :-)

You didn't mention which card you wanted for signing up, so I bought you a Flamesmith from the Dice collection. (Seems like the most useful/powerful card below 50cents to me right now, considering that the Untamed cards are already playable as phantom cards when signing up)

You may consider quest potions, which can pay off but are a game of luck in the end, hoping for good loot chests from quests.

It is good to have gold and legendary potions when opening packs but you may hold off from buying them for now as they can also be earned from quests. Personally, I didn't open packs in months and my potions from quest rewards are overflowing: Don't feel down from the small reward amount in Novice/Bronze league. When you rent cards and get to silver/gold, rewards will be much better! Keep in mind that you need summoners at a certain level to use levelled up monsters, so looking for summoners should be the priority.

Thanks! Didn't even think to ask for anything else, you've been really helpful :-)

I've already used Flamesmith quite a few times with success thank you so much! Managed to complete the daily challenge too so starting to get the hang of it. It's a bit addictive ;-)