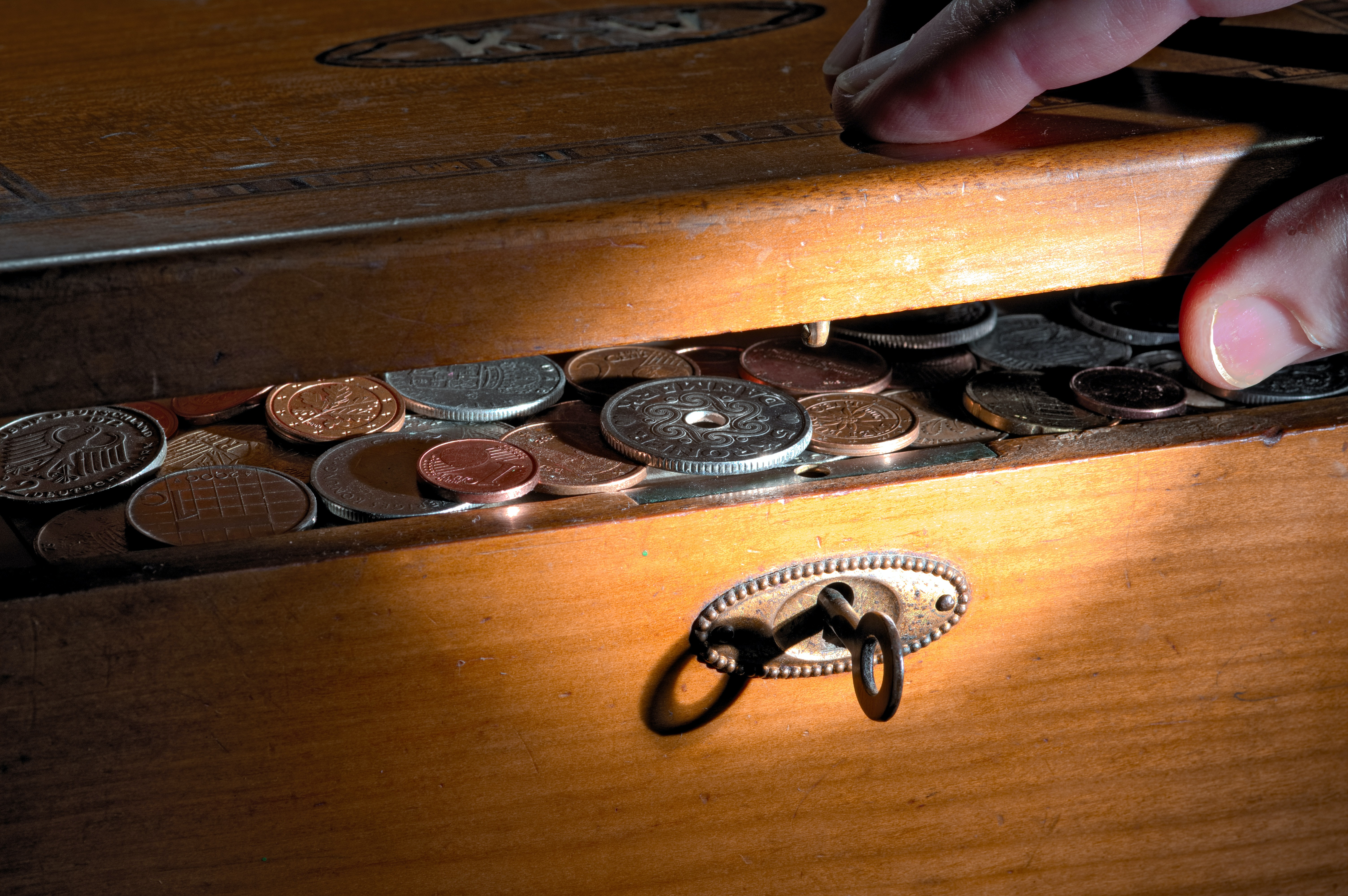 Ok, this is not directly a Splinterlands asset but as the game operates on the HIVE blockchain, this coin should not go unmentioned. HIVE often is understood as just a blogging platform but HIVE is more than the blogging interface. It is also a blockchain that stores, not only blog posts and comments, but also other data, like Splinterlands game data.

With HIVE being the official blockchain for Splinterlands, updates from the team are published on the Splinterlands blog.

There are no gas fees on HIVE but you need resource credits to transact with the blockchain. These are earned by staking HIVE, or converting it into Hive Power as this is called around here. Having more Hive Power gives you more resource credits. Resource credits regenerate over time, so using the blockchain is free basically. Also, when using your account for Splinterlands only the game will delegate Hive Power to buyers of the Summoner’s Spellbook, so that you don’t need to worry about this stuff, if it sounds too technical.

HIVE has many blogging frontends and one of them is Splintertalk.io. This frontend will only show you HIVE posts related to Splinterlands. Technically, these are normal HIVE posts with the tag #SPT.

Using this tag will on your HIVE posts, will earn you SPT tokens in addition to HIVE coins when somebody upvotes your posts.

SPT tokens were lacking a use-case for years and were dirt cheap consequently. But with the introduction of the SPS airdrop, they started counted towards airdrop points and the SPT price skyrocketed.

You can also use SPT to purchase collectible NFTs on the Splintertalk outpost. These NFTs do not integrate with the game and are just a gimmick for collectors.

SPT can be traded for HIVE coins on Hive-Engine.

After purchasing the summoner’s spellbook, DEC can earned by winning Splinterlands battles. You can also earn DEC from daily reward chests, season end reward chests or by burning cards. Selling cards will also result in a payout in DEC.

DEC was once meant to be a somewhat ‘stable’ token soft-pegged at DEC 1000:1 USD. Having a target value for DEC would make using it as in-game currency easier. The peg was soft-enforced by two mechanisms.

Holding DEC owns you (the most out of all Splinterlands assets in an expense to drop ratio) airdrop points. This means you will get SPS for holding DEC. This has led to the price of DEC going 15x above its soft-peg. The two measures above are thus outdated and have failed to stabilize the token.

But the Splinterlands team has always been great in reacting to changing variables in the market and they are now rolling back the first measure. They will accept DEC at market value for payments going on for future purchases as anything else would be unreasonable.

As for the second measure, my personal opinion is that we might keep it in place. The principle of ‘print more when above peg, less when below’ only works when assuming a ‘correct’ market price of DEC. The same mechanic still works if that price target shifts. Assuming the ‘correct’ price would be 1000DEC:10USD we would still see more printed when DEC trades above and less when it trades below this ‘target value’.

Purchasing starter packs and booster packs directly through paypal or credit card caused potential regulatory issues because we are exchanging fiat money for crypto assets. This also made it difficult (impossible?) to get the Splinterlands into official app stores.

Credits were the solution to this in that you are now using fiat to purchase credits. Credits are a non-crypto virtual balance, just like in any other Android/iOS game. Users in the mobile apps are not exposed to any crypto stuff (you need the website for that). 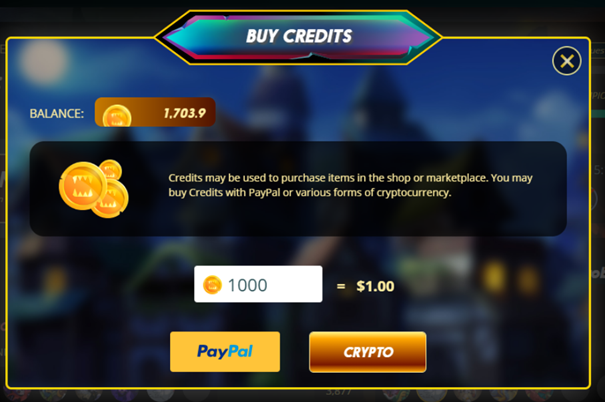 Credits also have the benefit of being truly stable. 1000 credits will always be worth 1 USD. As credits don’t expire, I find Splinterlands credits a great way to keep my Google play store credits from expiring.

To avoid the regulatory issues mentioned above, credits are non-transferable and cannot be converted back to fiat.

Splintershards is the token that got the hype going. All assets above were native to the HIVE blockchain which is, to put it mildly, flying somewhat under the radar. And while DEC does have an Ethereum brigde, it also went widely unnoticed outside of the HIVE community. But Splintershards operate on the Binance Smart Chain and thus are directly exposed to the large audience of the ongoing DeFi, NFT and ICOs hypes.

While Dark Energy Crystals are meant to be a currency, Splintershards are meant to be a governance token. This means that by holding SPS and staking it on validators (Oracles) you can have votes in how the future development of the game should look like.

A card is too powerful? Start an SPS proposal to have it weakened. The reward payouts are unfair? Start an SPS proposal to have it balanced. This is a gigantic step towards the game’s vision to create a decentralized metaverse. This is not just marketing talk. Splinterlands used NFTs to give true ownership of the playing cards to their players 3 years before the NFT hype. When I joined the game in early 2019 (a lot can happen in 3 years), I didn’t even know the term non-fungible token. Decentralizing the game mechanics is a logical further step towards this vision.

SPS can currently be earned from the ongoing airdrop. A snapshot of all your Splinterlands assets is taken every day and awards you with an amount of SPS in proportion to that. SPS can also be earned by participating in tournaments. There are hundreds of thousands of dollars to be earned here, so staking requirements to get into these tournaments are quite high, encouraging players to hold and stake SPS instead of selling them. Staking also earns you more SPS with an return rate of around 60% currently.

There is an insane amount of future functionality to be expected from SPS. For example, SPS stakers will start receiving vouchers next week, allowing them to participate in the pre-sale of Chaos Legion booster packs. Some (unknown) time in the future, you will also be able to direct your SPS stake towards certain players (no risk, they are still your SPS) and if that player wins battles, you and the player get additional SPS as rewards.

I hope this blog cleared up why there are ‘so many’ different kind of coins and tokens in the Splinterverse. You can see that there is quite complex economics at work in this game. The different kind of assets correlate with each other (cards can be burnt for DEC, DEC airdrop SPS etc.) and its fascinating to see all of this unfolding and be a part of it.

It is not ‘too late’ to get in. The SPS airdrop goes on for an entire year. You only missed 2.5 months.

Congratulations @handtalk5! You have completed the following achievement on the Hive blockchain and have been rewarded with new badge(s) :

Hey @handtalk5 - I'd love to get in touch with you if you are around. Are you in the Leo discord? Working on a new project for leo, and your Splinterlands content would be a perfect fit.