Once again, the UK seems to do something right when we talk about crypto and prove to us that they were not kidding when they said that they will try to be more crypto-friendly. As the rest of Europe is trying to track the people using non-custodial wallets when they use an exchange, the UK government was like: Nah, we do not care, as long as you pay your taxes when you send your money to the bank. Other than that, we may have a secret crypto war between Alameda, FTX, Coinbase, and Binance, with some leaving the battle defeated (LUNA, 3AC). Or maybe everyone is just trying to outdo the others, in order to make more money. What else? Read below: 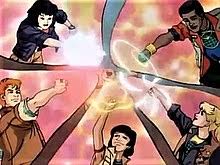 · Bitcoin: BTC Holders recorded the largest realized loss, $7.3B losses as few long-term holders bought BTC at $69K and sold at $18K, as reported by Glassnode. Vitalik Buterin criticized the Bitcoin Stock-to-Flow model as being harmful to investors, as it is oversimplified and gives a false impression of certainty. How about that! Anyway, later Bitcoin bounced back from a 12 days decline and it is staying above the $20K mark lately. ProShares is launching the first short Bitcoin-linked ETF, designed to give investors a way to profit from the decline of the BTC. More than $11M was bought by the investors, right after the launch. The largest spot BTC ETF, Purpose Bitcoin, lost half of its assets under management seeing an outflow of 24510 BTC, the most severe single-day redemption, most probably caused by a forced seller in a huge liquidation. Are we going down once more to $18K? The Bitcoin miners find it difficult to repay loans backed by their equipment, with $4B tied to this kind of loan. They did not default yet, but many needed to sell their BTC reserves, putting extra pressure on the already low price.

· Ethereum: Sepolia testnet Beacon chain has been deployed and it is ready for a trial, with Ropsten to go next, and they will provide key insights for developers getting ready for the ETH 2.0 Mainnet. Arbitum Odyssey has begun, with users performing tasks within the Arbitum ecosystem to earn exclusive NFTs. Ethereum bounced back, following Bitcoin, after reaching a low near $880.

· Altcoins: Solana token was at risk due to a large whale liquidation on Solana-based lending protocol Solend, and they launched a governance vote allowing the platform to access whale’s wallet and liquidate assets OTC instead of on-chain, but the community did not like it and this lead to a second governance proposal to invalidate the first proposal. This is exactly what DEFI is not about, right? In the end, emergency power was granted to the platform steward in order to mitigate liquidation risks, allowing a takeover for OTC trade, should SOL drop below $22.30. A class-action lawsuit was served to Do Kwon and Terraform Labs in the US district court in Northern California, accusing them of a series of false and misleading statements, in order to induce investors to purchase these digital assets (USD and LUNA). Terra developers are barred from leaving the country, as the investigation continues. Cardano (ADA) long-awaited Vasil hard fork is not set to be launched on the last week of July, instead of the initial 29th of June. Input-Output Hong Kong (IOHK) is the blockchain engineering firm responsible for ADA hard fork, and they said that they are extremely close to finalizing the core work. Solana is building an Android phone with exclusive wallet functions and Solana Mobile Stack software development kit, web3 app store, integrated with Solana Pay and seed vault to securely store all your private keys in the phone, for around $1000, early 2023. The only trigger for me is the seed vault, why would I like to have a single point of failure and keep all my keys in one place? What happens if you lose or get the phone stolen? Is there a backup on the blockchain/cloud? I have so many questions. Harmony’s Horizen Bridge was exploited, and 100M in Altcoins were stolen, this is the latest bridge to be exploited, after Meter, Ronin, and Wormhole early this year. This is why I tend to use very secure ones, like Across Protocol, for example. Harmony Protocol offered a $1M bounty for the funds to be returned, and information on how the hack took place, with no criminal charges. Due to the market conditions, Impermanent Loss Protection on Bancor Protocol is temporarily paused, until the market stabilizes. Crypto exchange dYdX announced plans to launch their own blockchain using Cosmos SDK and Tendermint POS consensus protocol. Some interesting dynamics, USDC market cap is up 28%, with USDT being down 9% in 2022, and if the trend continues, the USDC market cap will surpass USDT by the end of the year. I am not a Circle fan, but I would rather have them than Bitfinex and Tether.

· Blockchain games and NFTs: Noah Davis left Christie’s NFT team to join Yuga Labs, and CryptoPunks holders agreed with the change, with the floor price rising to 66 ETH. Prada, Balenciaga, and Tom Brown partnered with Meta to launch a digital store called The Avatars Store. Everything for more money to milk from the users, right Facebook? Pardon me, Meta! Ukraine sold CryptoPunk#5364 which was received as a donation in early March for 90 ETH ($100K), as they announced in a tweet, and in total, they got more than $135M on their public wallet. Pharell Williams joins Doodles NFT as Chief Brand Officer, leading the project direction in music, artworks, and animation. Shopify is launching its own GM NFT gates storefronts as a way for brands to create exclusive shopping experiences. Cristiano Ronaldo signed a multi-year NFT partnership with Binance, a collection to be released later this year. Yuga Labs sued artist Ryder Ripps, who produced and sold copycat NFTs called RR/BAYC. NFT Marketplace Magic Eden raised $130M reaching $1.6B valuation. Uniswap acquired NFT Marketplace aggregator Genie, so they can integrate NFT marketplaces into the Uniswap Web app. The public idea related to blockchain games is extremely bullish, after the huge success of games like Axie and Stepn, but also extremely bearish, and many blockchain games' success is followed by a massive contraction. Even my favorite, Splinterlands, it is barely staying afloat, providing above-average rewards, thanks to the project team's continuous innovation.

· Good news: Best time to live in the UK, as the regulators went against the EU-approved proposal and they will not require the senders of cryptoassets (read exchanges) to collect information about the users using non-custodial wallets. BlockFi received a lifeline from FTX, as the $250M credit facility will increase the platform strength and bolsters the balance sheet. Right after, they raised the interest rates, from 3% to 3.5% for BTC and ETH, and 8.5% from 7$ on stablecoins (USDC, BUSD, GUSD, PAX only). In a race to offer customers better and better deals, Binance removed trading fees on BTC trades, and Coinbase's share price fell 9% after this announcement. I know I hated those high fees on Coinbase, and probably more others, but for a long time, they were the only solution to get the money in the bank, unlike now. Still, Coinbase is launching its first crypto derivatives product called Nano Bitcoin Futures (BIT) on June 27th. Well, that is today! eBay acquired NFT marketplace KnownOrigins for an undisclosed sum. Crypto Lender Babel Finance reaches debt repayment agreements, imposing a $1500 per month withdrawal limit, but it is not looking good, as their outstanding loan balance raised from $2B in 2020 to $3B this year. Banking powerhouse Citygroup selected Swiss crypto custody firm Metaco to develop a digital assets custody solution, to allow their clients to store and settle digital assets fast and secure.

· Bad news: The most boring corner of the internet, LinkedIn, is now the latest place where the crypto-scammers are being active, targeting professionals. The Iranian government has cut electricity for their 118 legal and licensed crypto mining farms on June 22, as demand for power surges across the country. Sam Bankman Fried, the CEO of FTX, said they will help the Bitcoin be great again, even if they did not cause the crypto bear market (well, some say the attack on Celsius and others it is happening on Okex and FTX, so…). They are helping BlockFi with a $250M credit line, but Morgan Creek Digital also offered to help, as many other VCs that are existing BlockFi stakeholders. Alameda Research helped Voyager Digital with a 15000 BTC loan, as they were tied to 3AC insolvency if they will fail to repay a$25M by Friday and all the outstanding debt by Monday. They reduced withdrawal limits to $10K from its previous $25K. But Alameda Research also drained 50.000 ETH from the Curve stETH/eth pool, in a move that many believed was meant to hurt Celsius App, sealing 3AC fate in the same time. I started to think that Celsius's only hope is for them to last until ETH 2.0 and the Beacon Chain are functional on Mainnet. Still, they paid the interest today, as usual. Golden Sachs said that they are raising $2B from investors in order to buy the assets from Celsius if they want to file bankruptcy. Talking about crypto at a huge discount. Is there a secret war in the crypto-space that we, normal users don’t know anything about it? Except maybe the fallen ones, LUNA, 3AC, and Celsius in the near future? FTX CEO just tweeted about how the 3AC crisis couldn’t have happened with an on-chain protocol that was transparent. Nexo released a cease and desist letter against an anonymous Twitter user called Otter, as he published a thread claiming that Nexo co-founders plundered funds intended for charity, on June 26th. FTX overtakes Coinbase and OKX in spot trading volumes in May 2022, and acquired equities clearing firm Embed Financial, after announcing last month that they would begin to offer stocks. Embed Financial is an independent registered broker-dealer and member of the Financial Industry Regulatory Authority (FINRA). Maple Finance is the latest crypto lending platform to have insufficient cash in the pools, asking lenders to wait for borrower repayments. Crypto derivatives exchange CoinFlex is halting withdrawals also, citing extreme market conditions.

· Joke of the week: Russian government-linked Rostec Group developed a blockchain platform, CELLS, able to replace the global Swift system to process international payments, as they were excluded from the SWIFT system last February. Of course, blockchain technology and crypto could do that a long time ago, but this is a country doing something that can replace Swift, and now it is taken seriously. Good or bad for crypto, what do you think?

...get the higher rewards for your investments using Blockfi, Hodlnaut, and Celsius.network. Get crypto while writing on Publish0x blog, using Presearch search engine to maximize your income with PRE tokens. Use Torum instead of Twitter. I am also writing for crypto on Read.cash and Hive.